On Wednesday morning, Glastonbury opened its gates at Worthy Farm in Somerset for the first time in three years.

Thousands of fans are set to descend on the festival for the first time since the pandemic coronavirus.

So here’s everything you need to know… 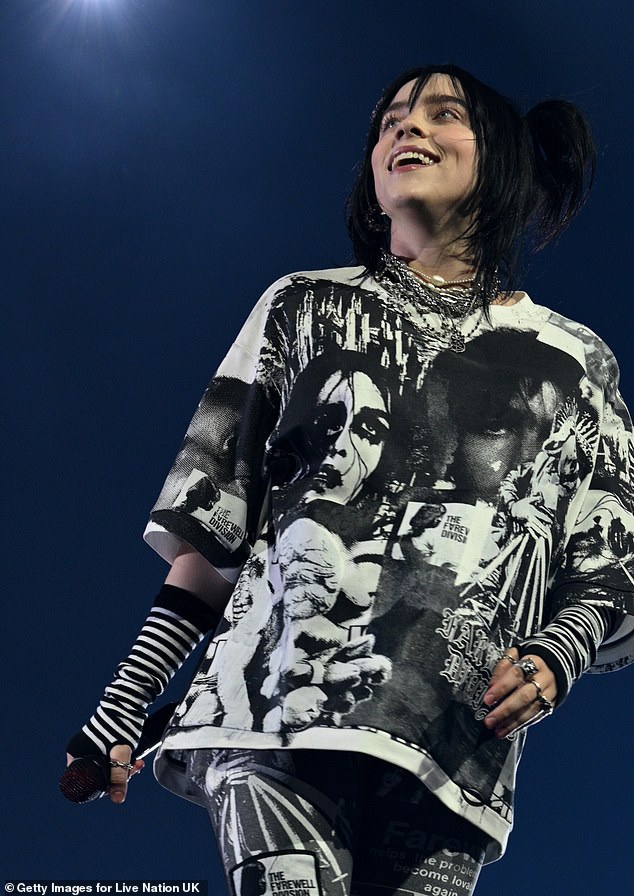 Back in action: On Wednesday morning, Glastonbury opened its gates at Worthy Farm in Somerset for the first time in three years with Billie Eilish serving as one of the headliners

Who are the Glastonbury festival 2022 headliners and which days are their slots?

On Friday, Saturday and Sunday the headline acts will close each evening in turn with a slot on the Pyramid Stage. There is also a headlining Legends slot, which is scheduled for Sunday teatime.

FRIDAY: Billie Eilish. The Bad Guy songstress, 20, will be the youngest solo artist in Glastonbury history to headline when she takes to the stage at 10.15pm on Friday.

SATURDAY: Sir Paul McCartney. The 80-year-old former Beatles member will be the oldest artist to have ever headlined the festival following Saturday’s 10.30pm performance.

SUNDAY TEATIME: Diana Ross. The Motown legend, 78, is set to play the teatime Legends slot on Sunday, which is scheduled to be at 4pm. 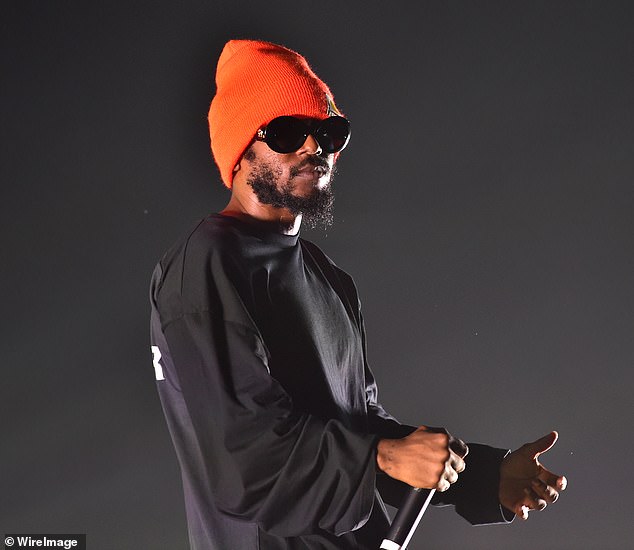 Festival: On Friday, Saturday and Sunday the headline acts will close each evening in turn with a slot on the Pyramid Stage (Kendrick Lamar will headline on Sunday)

Who else is on the line up for each night?

There are over 3,000 performers appearing at the Glastonbury festival 2022, over seven main stages and 80 performance areas at Worthy Farm.

The full line up can be found at the official Glastonbury website.

Here is a round-up of some of the big acts who will perform at the festival:

It was just announced that Eurovision 2022 winners Kalush Orchestra from Ukraine will play the Shangri-La’s Truth Stage on Friday.

Elsewhere on the Saturday will see Celeste, Jamie T, Yungblud, Jassie Ware, Scouting For Girls, The Hoosiers, Camelphat, Calvin Harris and many, many more perform at the festival.

Elsewhere on the Sunday will see Charli XCX, Megan McKenna, McFly, Imelda May, Sub Focus and others take over various stages.

And, as always, there will be some surprise sets across the 5-day spectacular. 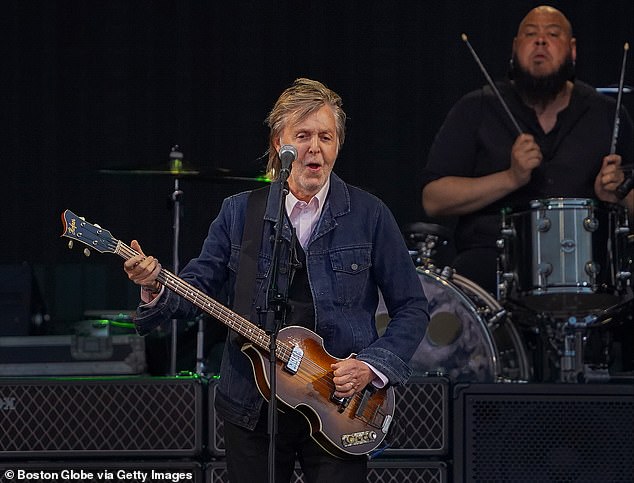 Legend: Sir Paul McCartney. The 80-year-old former Beatles member will be the odest artist to have ever headlined the festival following Saturday’s 10.30pm performance

Where can I watch the performances?

Glastonbury 2022 will be broadcast live on BBC iPlayer and BBC Sounds throughout the entire festival.

The BBC has promised to deliver over 35 hours of coverage over the course of the festival, which also marks the first time the BBC has broadcast any music event in Ultra High Definition.

The BBC’s coverage of Glastonbury 2022 will be led by a host of familiar faces, including Zoe Ball, Dermot O’Leary, Lauren Laverne and Jack Saunders.

It will also be possible to watch highlights from the festival from various sets via BBC Music’s Youtube channel. 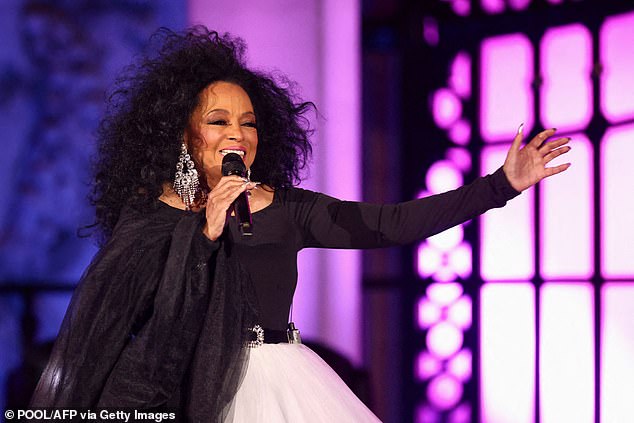 Performer: Diana Ross is set to play the teatime Legends slot on Sunday, which is scheduled to be at 4pm

Will there be any surprise appearances?

Some have speculated Harry Styles may make a surprise appearance, with fans pointing to a gap in his touring schedule.

Others have speculated that Taylor Swift may perform after she was booked at the 2020 festival before it was cancelled due to Covid.

How many people will be at Glastonbury Festival 2022?

Glastonbury festival is attended by approximately 200,000 people annually. In 1994, a record number of 300,000 people were at the festival.

When is Glastonbury festival 2023 and how can I get tickets?

Dates of next year’s Glastonbury festival are yet to be confirmed but it is expected to take place between Wednesday 21 June and Sunday 25 June, 2023.

The first round of tickets usually go on sale in early October for the following year’s event, and it’s necessary to register beforehand in order to qualify.

To do this, you need to upload a picture of yourself to the official Glastonbury website, a system put in place in order to prevent ticket touting.

When was the last Glastonbury festival held?

The world-famous music extravaganza was last held in 2019, specifically between June 26 to June 30.

The COVID-19 pandemic meant the 2020 and 2021 Glastonbury festivals were unable to go ahead. 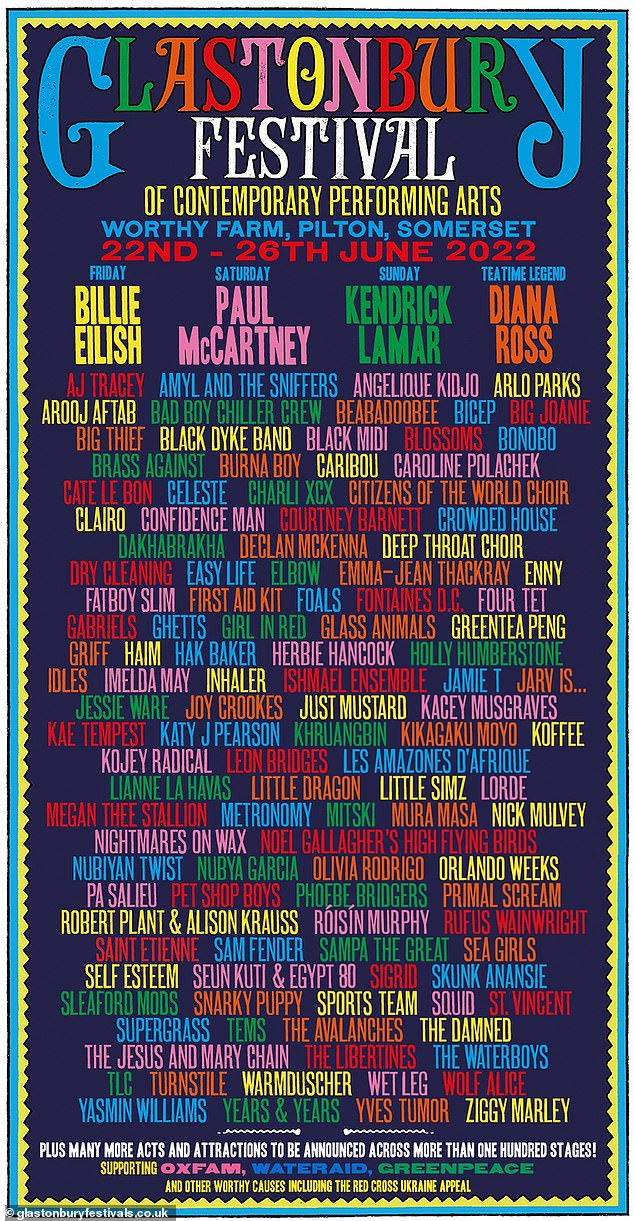 Return: The world-famous music extravaganza was last held in 2019, specifically between June 26 to June 30