The casting for the upcoming Hunger Games prequel is taking shape.

On Wednesday, it was announced that West Side Story actor Josh Andrés Rivera had officially joined the cast of The Hunger Games: The Ballad Of Songbirds And Snakes, according to The Wrap.

This latest casting comes just over two weeks after it was revealed that Rivera’s West Side Story co-star Rachel Zegler, who also just happens to be his real-life girlfriend, had been hired to play Lucy Gray in the upcoming dystopian film. 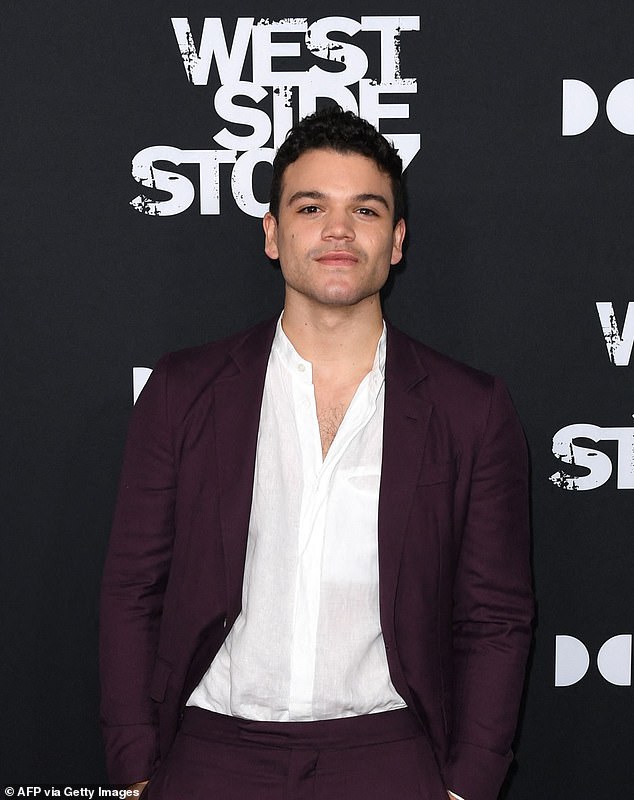 New role: West Side Story actor Josh Andrés Rivera, 27, has been added to the cast of The Hunger Games: The Ballad Of Songbirds And Snakes, which is the fifth installment in The Hunger Games film franchise

For the fifth installment in the Hunger Games film series, Rivera will play the role of Sejanus Plinth, who’s the mentor to a tribute from District 2 and a close friend of young Coriolanus Snow, who will be played by Tom Blyth.

‘Loyalties will be tested,’ it began in the caption on the film franchise’s official Instagram page, before posting, ‘Josh Andrés Rivera has been cast as Sejanus Plinth in The Hunger Games: The Ballad of Songbirds and Snakes – arriving in theaters November 2023 . ‘

In the movie, Coriolanus Snow not only mentors but also develops feelings for the female District 12 tribute during the 10th Hunger Games.

‘Never been prouder of someone in my life lemme tell you,’ Zegler, 21, wrote on her Instagram Story, along with a red heart emoji, when she shared the news of her boyfriend being hired for The Hunger Games prequel that being directed by Francis Lawrence. 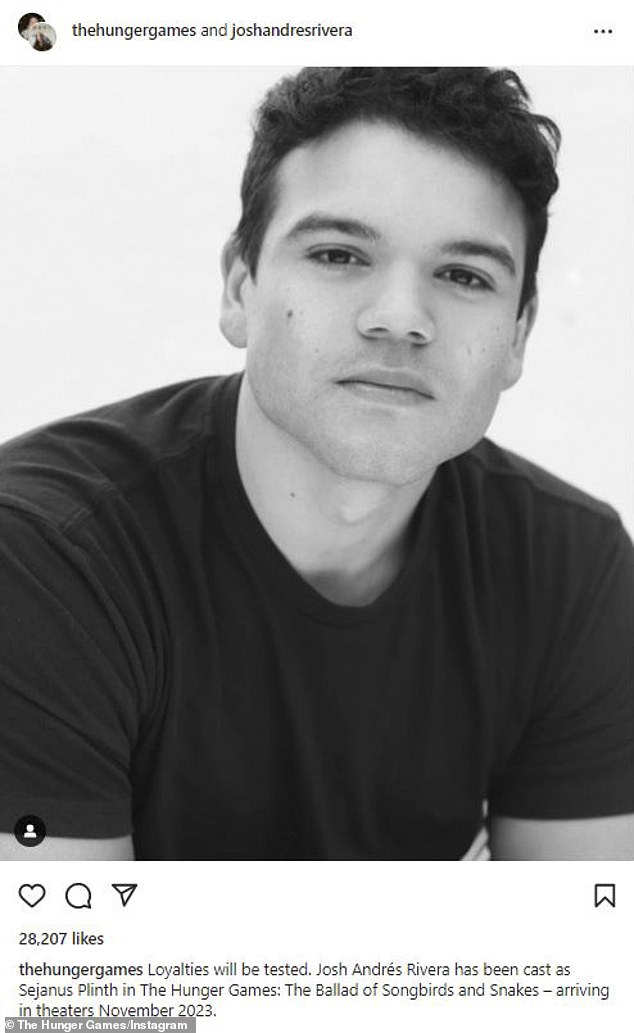 Teaser: The official Instagram account for The Hunger Games franchise revealed, ‘Loyalties will be tested,’ when announcing that Rivera had been added to the cast 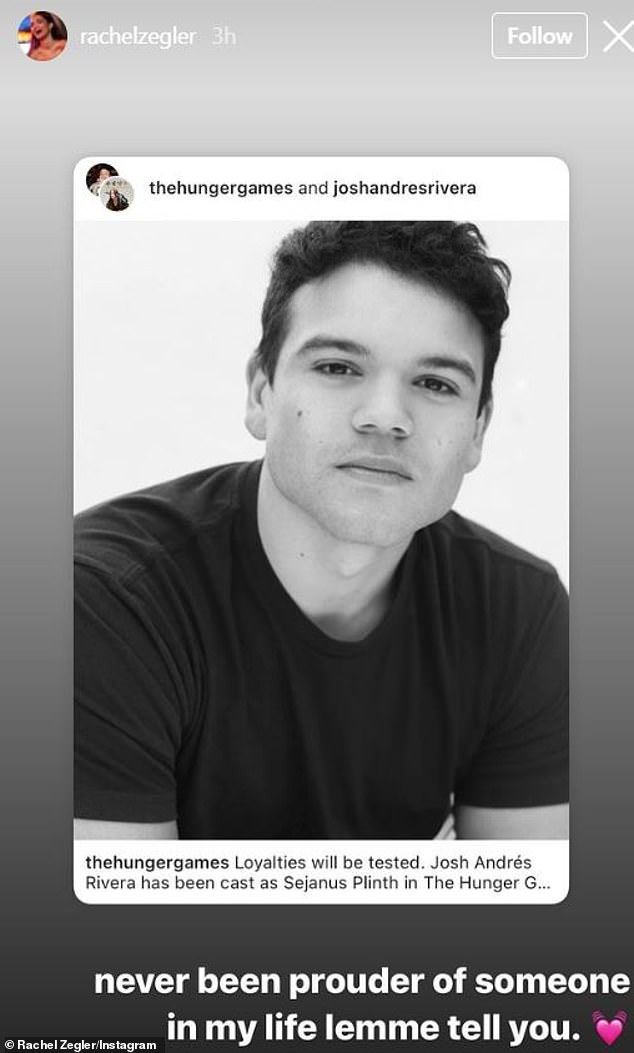 Proud of her man: Zegler shared how proud she was of her boyfriend upon the news of him joining the cast of The Hunger Games prequel

The pair appeared to make their romance Instagram official on Valentine’s Day when Zegler shared a black-and-white selfie photo of the couple on Instagram, with the caption: ‘committing valen-crimes.’ And then, in a video on her Instagram Story, Rivera fed her while at dinner together, and she wrote, ‘happy love day from me n mine.’

Zegler has since been giving periodic updates about their burgeoning romance on her Instagram page, including on May 1 when she wished her new man a happy birthday.

‘you are everything i love about this world wrapped into one incredible man. happy birthday, joshua. in this life, i like just doing laundry and taxes with you. ‘ the New Jersey native gushed about her new man in the caption of a video showing them staring into each other’s eyes. 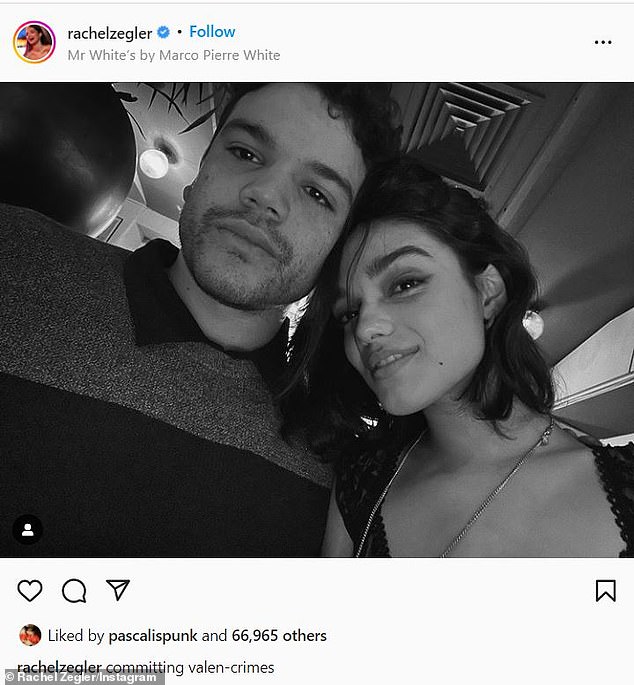 The official announcement that Zegler was added to the cast of The Hunger Games prequel came on May 31.

‘It’s written in the stars. Rachel Zegler has been cast as Lucy Gray Baird in The Hunger Games: The Ballad of Songbirds and Snakes – Arriving in theaters November 2023, ‘it read in the caption along with a photo of the actress. 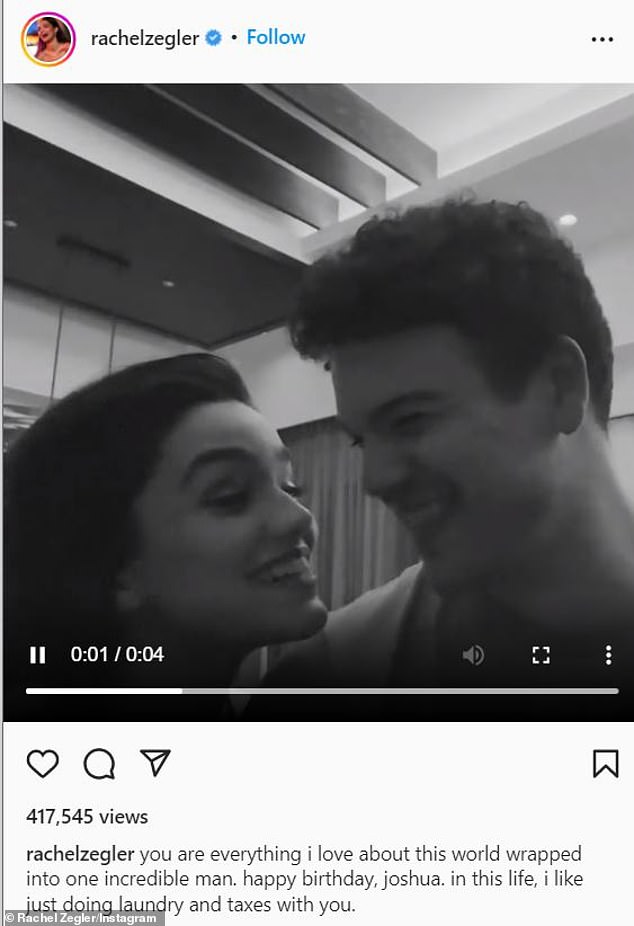 Socializing: Zegler has been sharing updates about the couple, including this birthday wish, since going Instagram official this past Valentine’s Day, February 14

The film franchise, which is based on the best-selling novel by Suzanne Collins, has been a juggernaut at the box office, grossing more than $ 3 billion to date.

The first of the four movies, The Hunger Games (2012) starring Jennifer Lawrence and Josh Hutcherson, as Katniss Everdeen and Peeta Mellark, respectively, was a bonafide hit raking-in a whopping $ 694.4 million on a $ 78 million budget.

The much-anticipated prequel is scheduled to premiere in theaters on November 17, 2023. 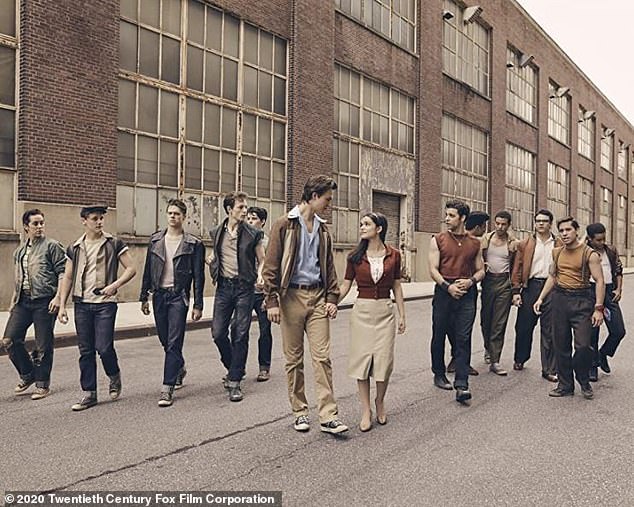 West Side Story cast members: Rivera and Zegler last starred on screen together in West Side Story, which also included Ansel Elgort as part of the main cast 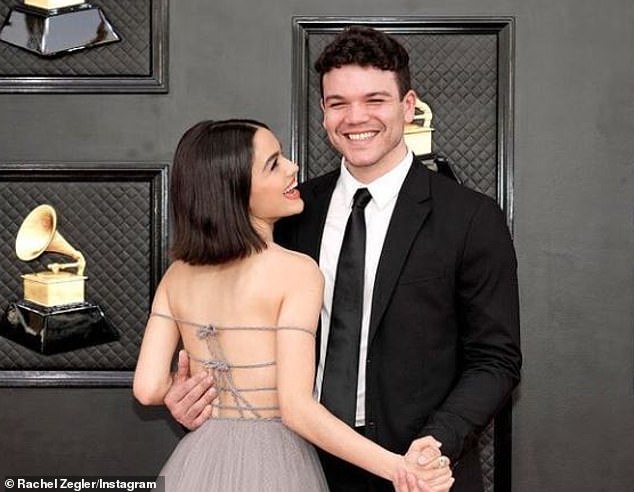 Hot and heavy: After seemingly going Instagram official on Valentine’s Day, Zegler has not been shy in posting updates about himself and Rivera