Valerie Bertinelli does not want any male attention in the near future and that is why she is happy to have a few extra pounds on her these days.

The 62-year-old Hot In Cleveland star told the Today show on Thursday the pounds are like ‘protection weight.’

The One Day At A Time actress is in the process of divorcing her second husband, Tom Vitale, 58, whom she recently asked for spousal support from the celebrity. 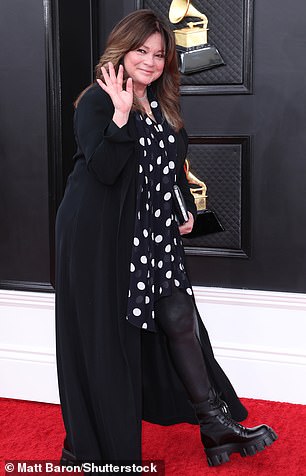 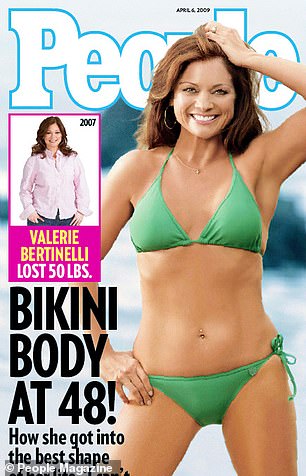 She is OK with her look: Valerie Bertinelli, seen left in April, is using her few extra pounds as ‘protection’ as she heals from split from husband Tom Vitale. In 2009, right, she made headlines for losing 50lbs and showing off the results in a bikini

Valerie has a plan. First she will take care of her mental health, then she will work on her physical health.

‘I know this weight is protecting me right now, and when I get healthier internally and emotionally that weight will come off,’ she said.

‘Because I know I’m treating my body better. I’m drinking less alcohol, I’m eating less sugar, I’m putting more vegetables in my body, but my body is doing this for a reason… because it needs protection. ‘

And she has a way of lifting herself out of dark moods: with gratitude. After she wakes up, she gives thanks for what she has.

But it bothers her to have those extra pounds on her after losing 50lbs in 2009. Even during her interview on Today With Hoda and Jenna she was hyper aware of her form. 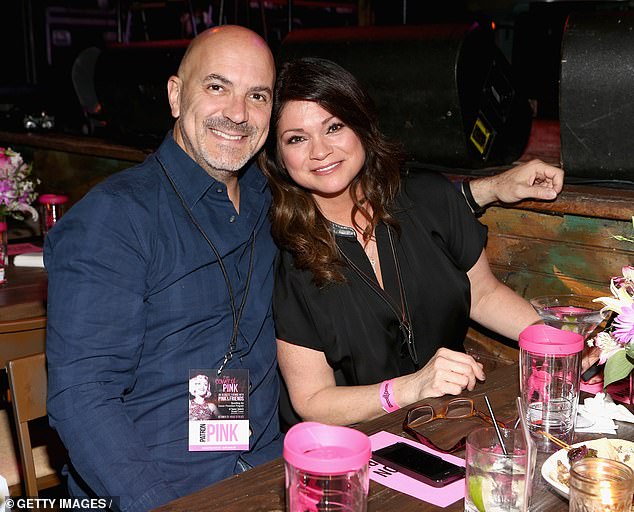 Going separate ways: The actress and Tom Vitale are pictured together in 2014 at an event in Hollywood. ‘I have some trust issues,’ shared the brunette beauty as she teared up on Today 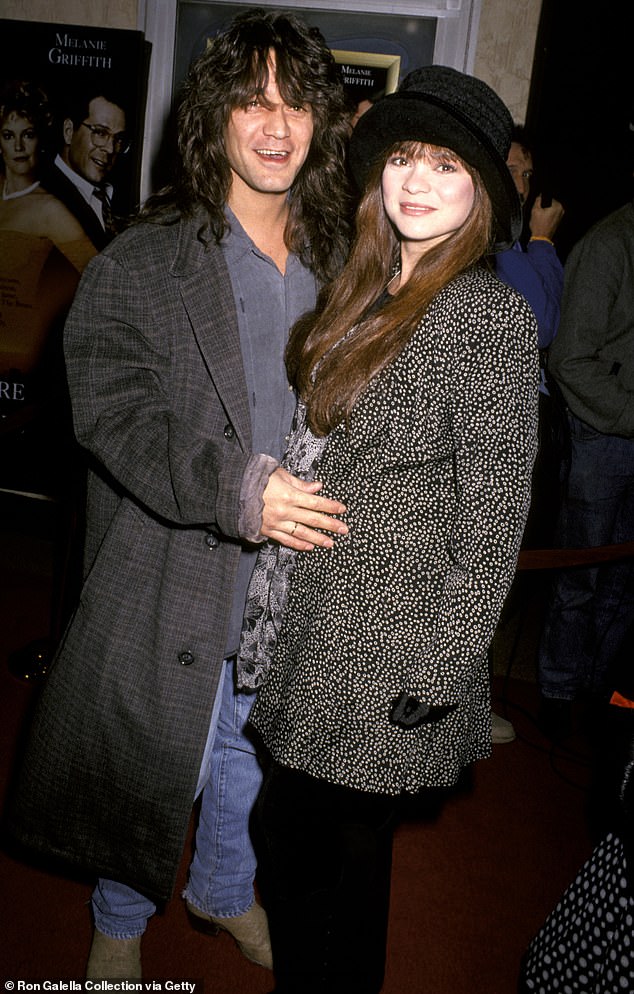 ‘Love always wins’: The star stated that love was what helped her cope with grief when ex-husband Eddie Van Halen passed away in 2020; seen in the 1990

‘I’m looking at the monitor and trying not to judge myself too harshly right now because I know that I’m still holding on to this weight,’ she shared as she teared up.

‘Because it’s protecting me because I’m going through a lot of challenges, a lot of heartbreak, a lot of crazy stuff going on in my life right now,’ added the star as she spoke at the NYC Today studio.

And she is trying not to stress about it too much. ‘I haven’t stepped on the scale since I finished writing the book,’ she said. 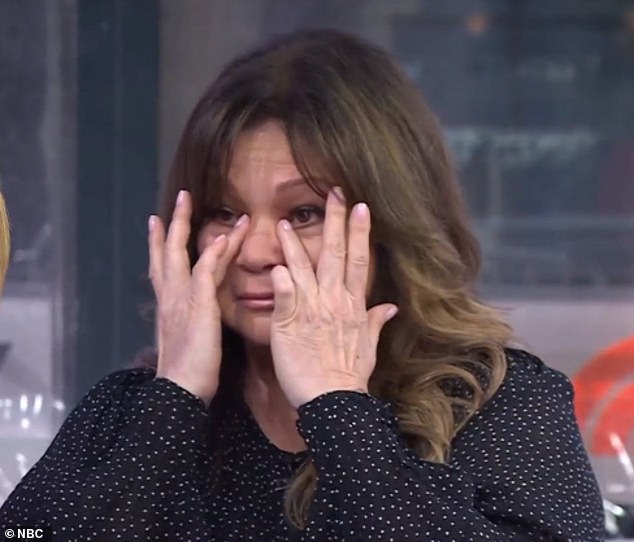 Bad memories: She cried when she said she never wants to date again 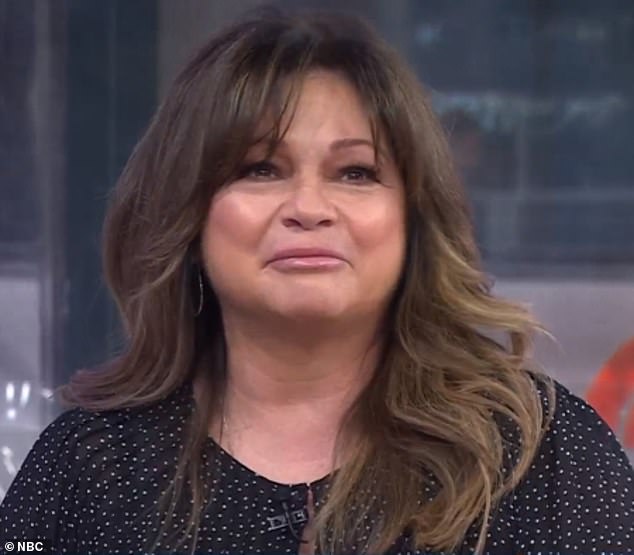 Hard to handle: Bertinelli sat down on the Today show on Thursday to open up about whether or not she wants to date again

Her book is her new memoir Enough Already.

And she knows that everyone is hurting a bit after the pandemic and now with staggering inflation.

Then she shared: ‘I’m not the only one going through these challenging times, we’ve all been through so much.

‘I’m not the only one. And I’m not here to say, “Oh, poor me.” I’m here to say that when we reach out to people we love, or strangers even, that we don’t have to feel so alone in this world and go through it alone. ‘

It has been a hard past few years for Valerie.

In 2019 her mother Nancy died and soon after she separated from her husband Tom. In 2020 her ex-husband, rock star Eddie Van Halen, passed away.

Also in her Today interview Valerie hinted that she did not trust Vitale.

‘I have some trust issues,’ shared the brunette beauty as she teared up. ‘I am gonna be more than happy to be happily divorced and spend the rest of my life alone.’ 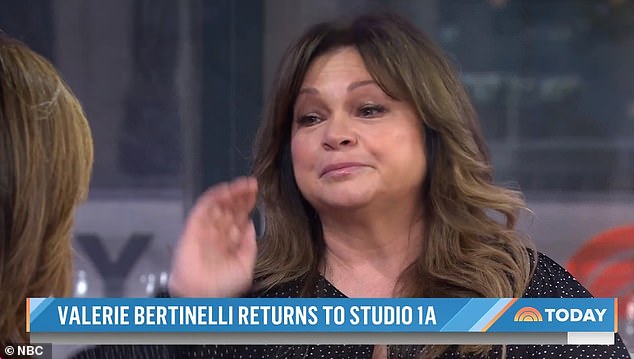 No more dudes pls: ‘I am gonna be more happy to be happily divorced and spend the rest of my life alone,’ the beauty stated

The actress was previously married to Eddie Van Halen, lead guitarist for rock band Van Halen, from 1981 to 2007.

She then was married from Vitale from 2011 to 2021, until the two legally separated.

The Food Network star discussed her divorce from her second husband upon separating after an 11-year marriage.

‘I am gonna be more happy to be happily divorced and spend the rest of my life alone,’ the 62-year-old stated.

Although she has no plans to possibly re-marry, the star definitely isn’t completely alone.

She said she has ‘six cats and my dog ​​and my son, and hopefully one day grandchildren.’ 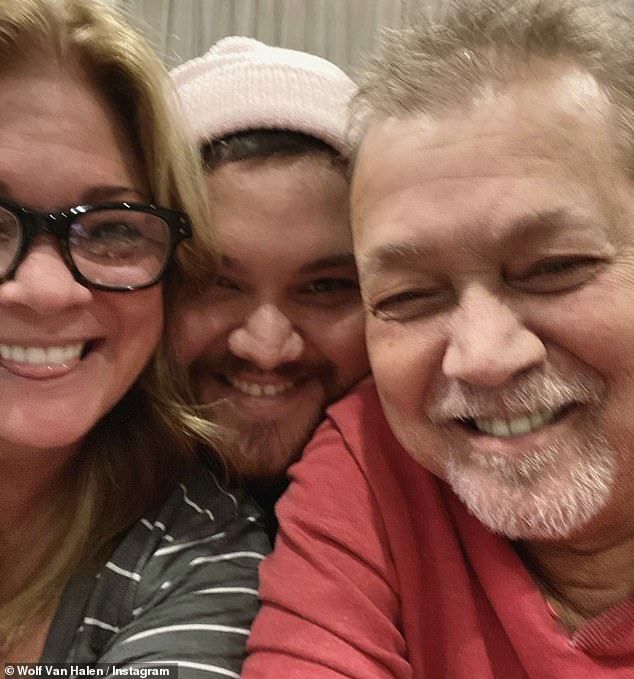 Moving on: The actress is pictured with her son, Wolf, and ex-husband, Eddie. The two remained good friends until his death in 2020 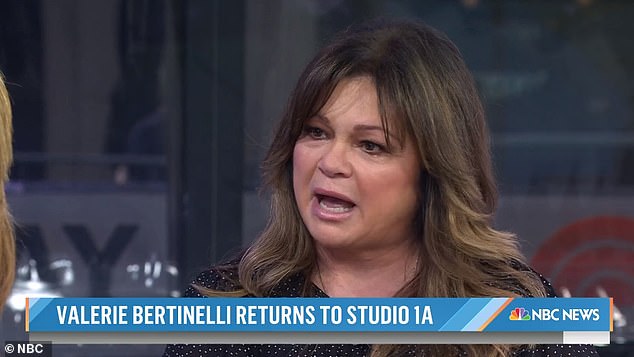 So sad: The star talked about the process of dealing with the loss when he passed away, and that, ‘love,’ was what helped her most

Love: ‘Love always wins no matter what, even when they’re gone,’ she stated on the show. ‘There’s still that love there to be grateful for that you had’

Bertinelli has one son, Wolf Van Halen, who followed in his death footsteps and is also a musician.

When asked if she will ever look for love again, the star answered simply, ‘Oh God, no.’

The One Day At A Time actress explained the reason is because she, ‘can’t imagine ever trusting anyone again to let into my life. So I have some trust issues that I’m sure I’m going to have to get past. ‘ 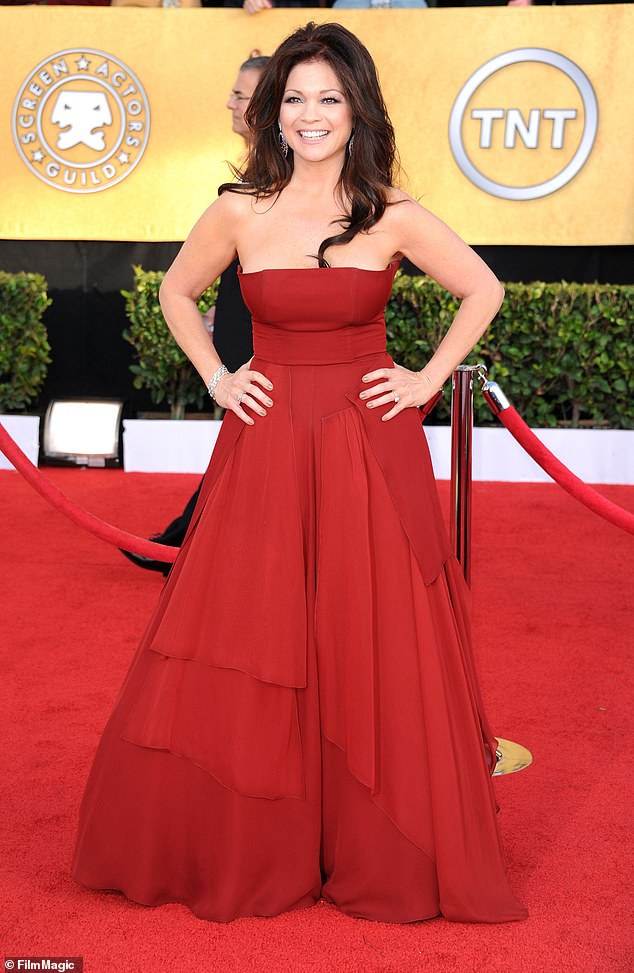 Dazzling star: Bertinelli looked incredible in a red dress in 2011 at the Screen Actors Guild Awards in LA

She also said she never expected to be twice divorced. ‘Divorce sucks,’ she said.

She married the financial planner in 2011, with her ex-husband, Eddie Van Halen and her son, Wolf, both in attendance. When Eddie remarried in 2019, Bertinelli was also a guest.

After her divorce from Van Halen, the two developed a close relationship until his death in 2020.

The star talked about the process of dealing with the loss when he passed away, and that, ‘love,’ was what helped her most.

‘Love always wins no matter what, even when they’re gone,’ she stated on the show. ‘There’s still that love there to be grateful for that you had.’

Bertinelli was also one of the people who was there next to him when he passed away, alongside Van Halen’s second wife, his brother, and son.