Although many Disney World experiences have returned to normal since the parks reopened, not everything has come back.

Guests have been missing the Walt Disney World Railroad in Magic Kingdom since it was forced to close due to construction on TRON: Lightcycle Run ride back in 2018. Of course, construction was delayed because of the park closures, but slowly the TRON ride has been coming together. And we’ve seen some updates on the train too, including some railroad testing taking place! So what’s going on with the Walt Disney World Railroad now, and when will it open? Here’s what we know.

When Disney first announced that the TRON coaster was coming to Magic Kingdom, we were ecstatic! But, then Disney shared that the Walt Disney World Railroad had to close for some of the construction taking place on TRON. Several years later, we’re still waiting for the day that we can ride the train once again.

At the last D23 Expo in 2021, it was announced that the Number 1 Engine on the train had been completely refurbished. Disney took the closure as an opportunity to refresh the railroad.

We learned that refurbishments had been done on a multitude of things for the railroad – from the rails to the roofs! Wooden railroad ties were being replaced with composite ties and the path for the railroad has gotten some minor changes. 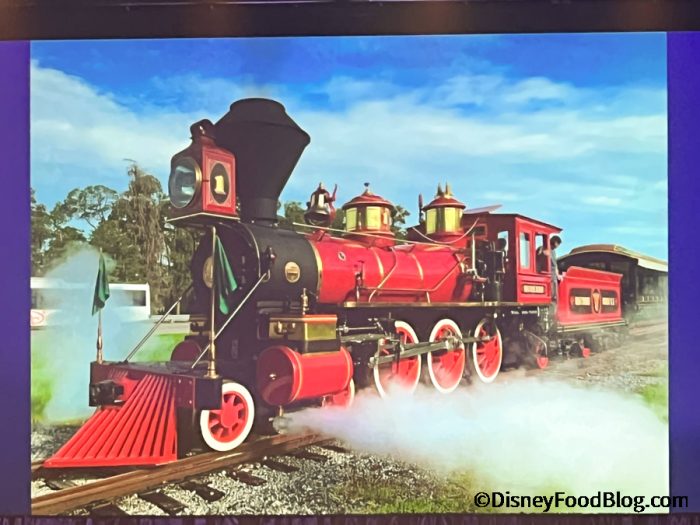 Things got even MORE exciting as the railroad began being tested in certain areas of the park back in February of 2022.

In June of 2022, we saw some fresh railroad tracks being laid in Fantasyland! 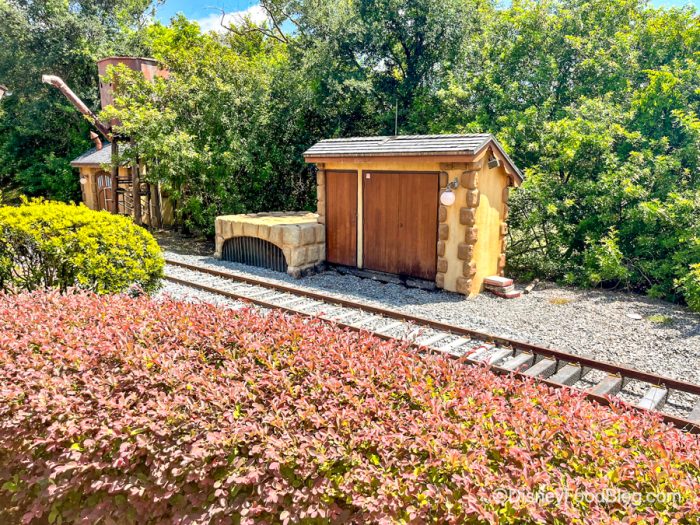 Just look at those beauties! 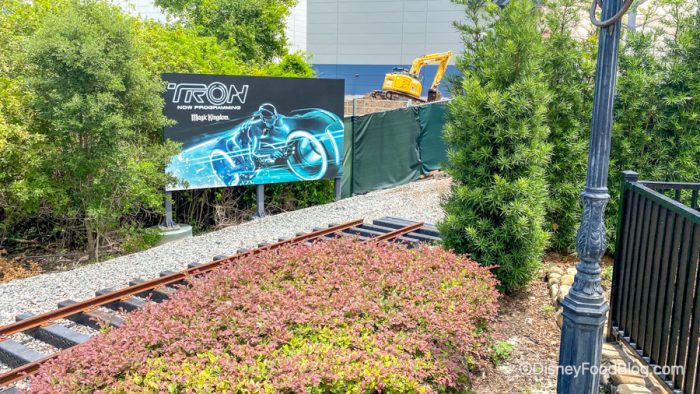 Over in Tomorrowland, things appear to be coming together nicely as well. Not only have we seen new railroad tracks over on one side… 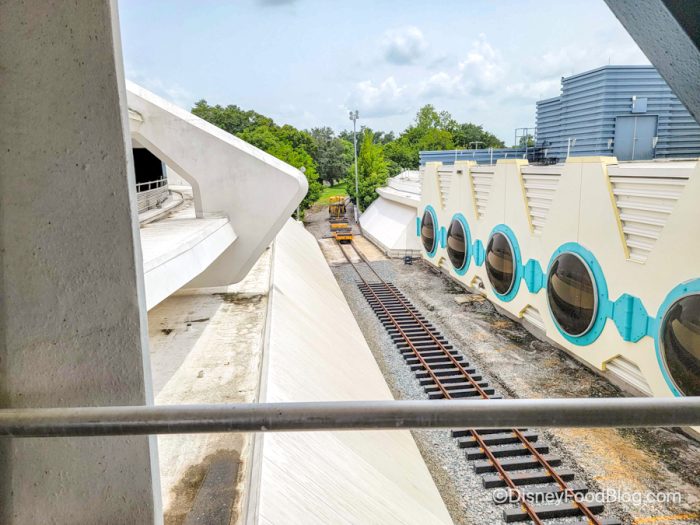 We have tracks near TRON !!!

… But the train tunnel that will run under the new roller coaster looks like it’s really coming together. 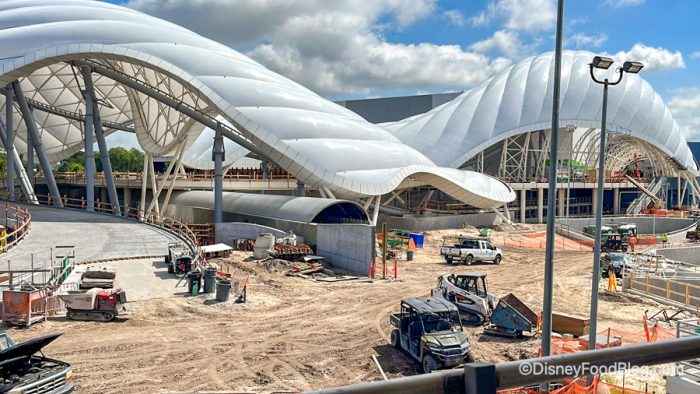 So, when the Walt Disney World Railroad reopens we should be in for a slightly different but no less classic ride. 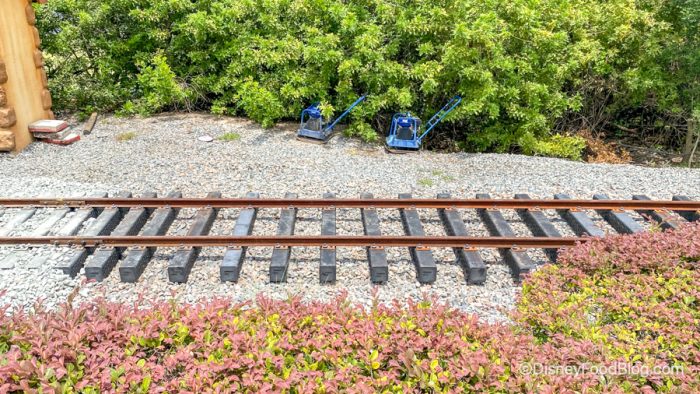 But this begs the question: WHEN exactly is it going to reopen?

When Will it Reopen?

Well, Disney has not yet made any official announcements. Construction on TRON has been progressing pretty rapidly since the parks have reopened, but Disney still hasn’t shared when that coaster will open. And although we’ve seen some exciting vehicle testing at TRON, there’s still quite a bit of construction to be done from the looks of it. 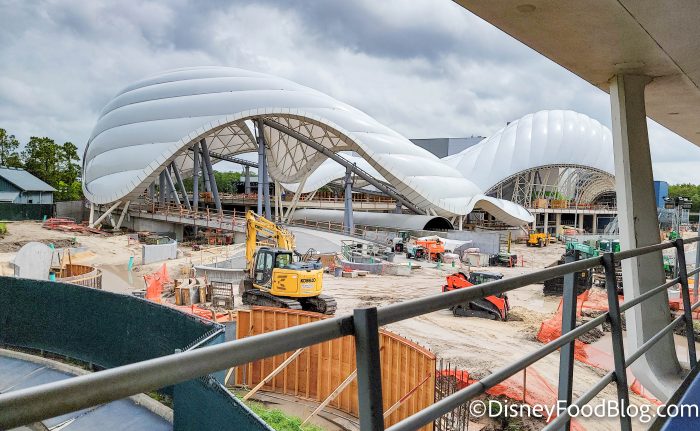 Construction is moving along!

Since the WDW Railroad is closed because of construction on TRON, chances are we won’t see the train open for passengers until enough of that construction is complete to allow it to pass through the area safely. 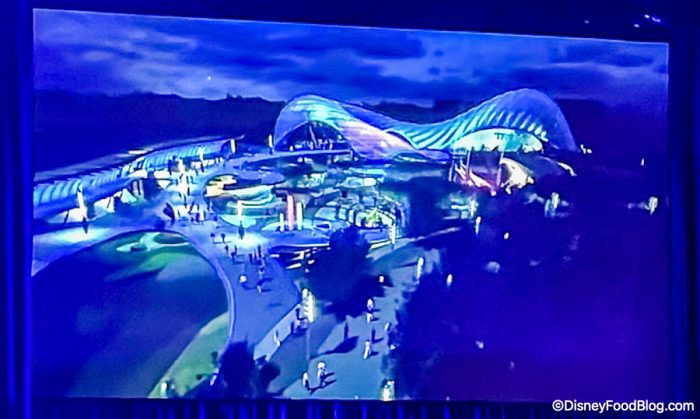 The Disney website for the Railroad doesn’t list an opening date and still says it’s “not currently circling Magic Kingdom park.” That website lets us check operating hours through August 5th, 2022, at the moment. Thus far, no operating hours have been listed as far as we can see during that time. 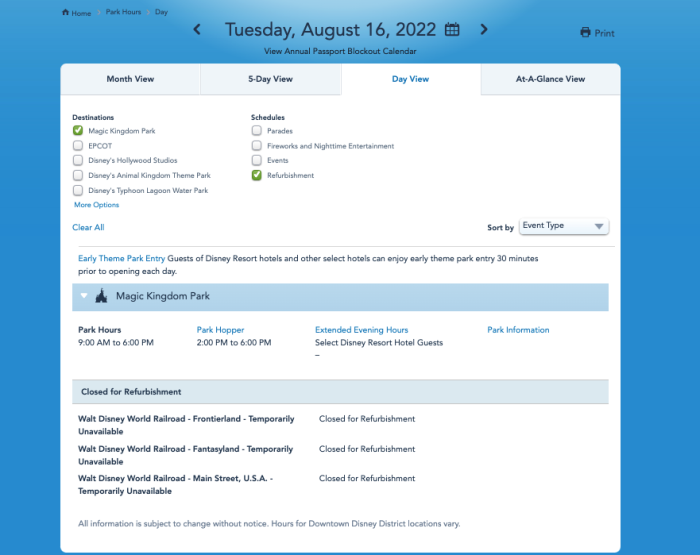 So it seems like fans still have a bit of waiting to do when it comes to hopping on that railroad again. We don’t expect the Walt Disney World Railroad or TRON to open for quite some time, but you can be sure we’re keeping an eye out for updates – so stay tuned! Keep in mind that construction situations in the parks can change and develop rapidly.

If you’re heading to Magic Kingdom soon, don’t worry – there is still plenty for you to see and do! You can stop by the Main Street Confectionery to grab a tasty treat, blast off into the skies on Space Mountainand catch a parade too. 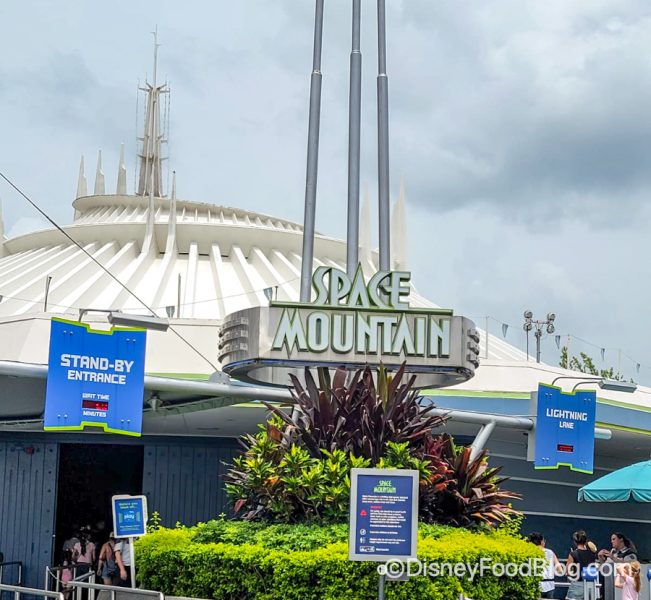 And keep those eyes and ears open for any railroad testing or the sound of new tracks being placed – you might just get a little railroad update to hold you over until you can hop aboard this classic attraction again.

Is the Walt Disney World Railroad a must-do for you (when it’s available)? Let us know in the comments!