The Chrisley family dined together at a popular southern comfort style restaurant in Atlanta, Georgia on Sunday, just two days after jurors in their fraud trial began deliberation.

The couple, known for their hit show Chrisley Knows Best, were convicted Tuesday of running a years-long fraud conspiracy and hiding their money from the IRS. They plan to appeal the verdict.

Todd and Julie face up to 30 years in prison and will be sentenced in October.

Despite their guilty convictions, USA Network still plans to keep airing the family’s TV show, with the second half of its ninth season set to debut on June 23. 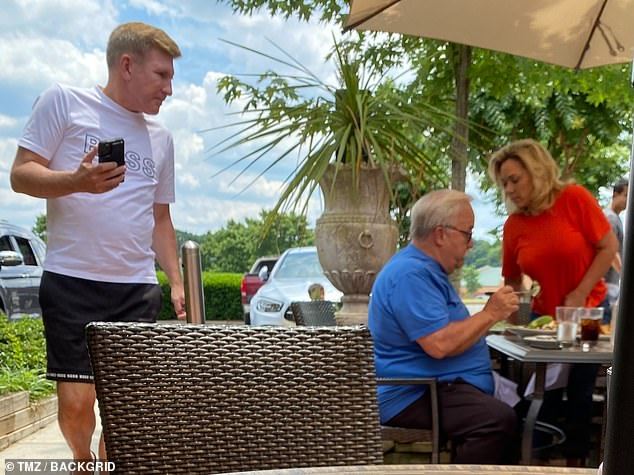 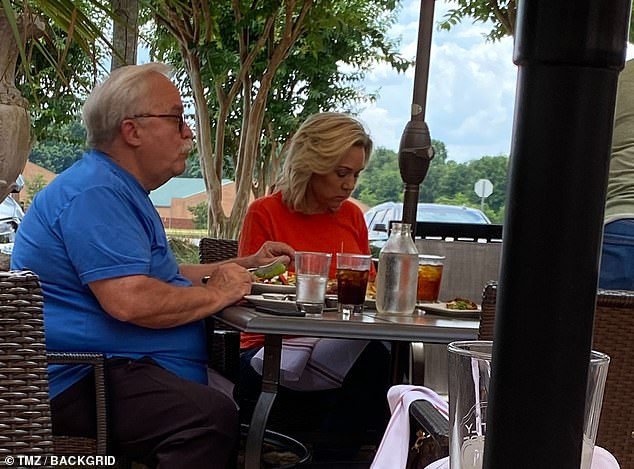 Witnesses the family was ‘all smiles’ and seemed to make the most of their meal despite the looming verdict in Todd and Julie’s fraud trial. Todd allegedly left the table to take a 10 minute phone call that some speculate was related to the then-ongoing proceedings. When he resumed his seat at the table, the positive and and light-hearted mood picked back up

Witnesses told TMZ the family was ‘all smiles’ and seemed to make the most of their meal despite the looming verdict in Todd and Julie’s fraud trial.

Todd, 53, allegedly left the table to take a 10 minute phone call that some speculate was related to the then-ongoing trial, which was clearly on the family’s mind.

However, when he resumed his seat at the table, the positive and and light-hearted mood picked back up, neighboring brunch-goers allege.

His daughter commented on the post, saying: ‘We’ve got this! God has got us! ‘

Sunday brunch was likely one of Todd and Julie’s last public dining outings as they have both been placed on house arrest in wake of Tuesday’s verdict. 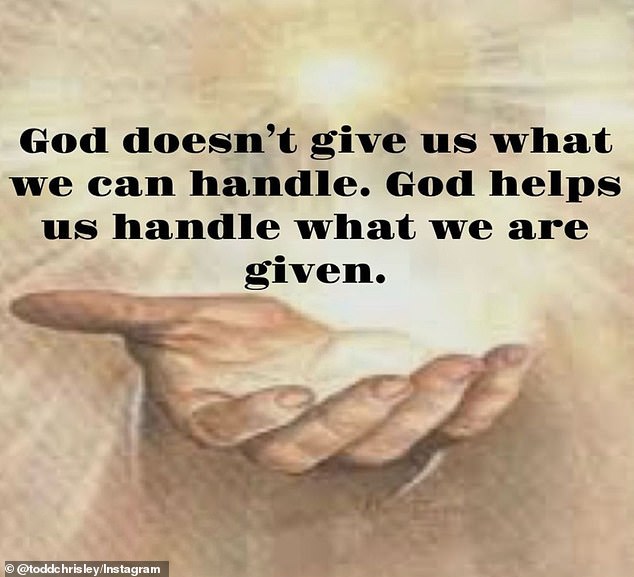 Later Sunday, Todd, 53, took to Instagram, reminding his followers: ‘Always remember, God is always in control.’ His daughter commented on the post issuing her support

According to The Hollywood Reporter, the second half of the show’s ninth season will still air despite the couple’s convictions.

NBCUniversal, the cable station’s parent company, renewed the show for a tenth season on May 9, a week before their trial began. The tenth season is not yet in production and it remains unclear if the TV network will move forward with the project. 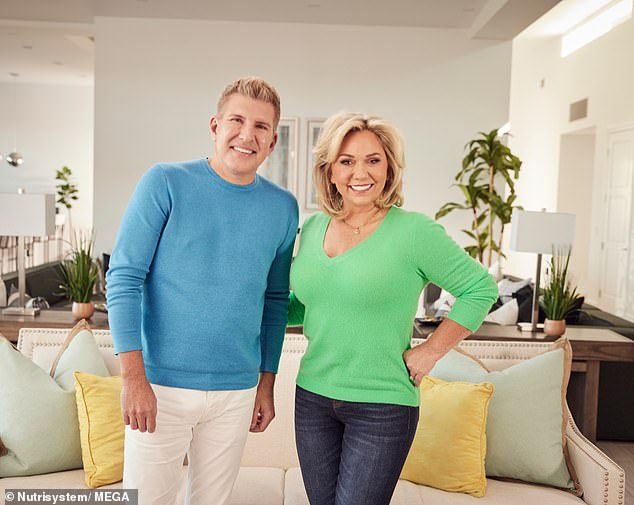 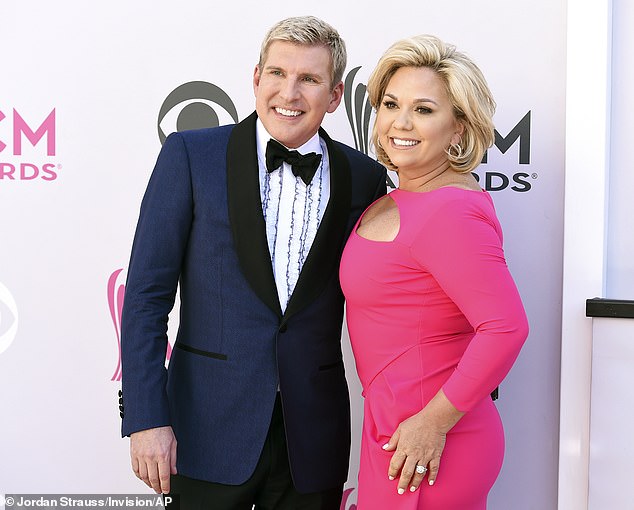 The Chrisleys were initially indicted in August 2019 and a new indictment was filed in February of this year. Their trial began about three weeks ago, and a jury found the pair guilty of all charges Tuesday, according to the US attorney’s office in Atlanta. They will be sentenced at a later date.

Bruce Morris, an attorney for Todd Chrisley, said he was disappointed with the verdict and expects to appeal.

Prosecutors alleged that the Chrisleys submitted fake documents to banks when applying for loans.

They said Julie Chrisley also submitted a false credit report and fake bank statements when trying to rent a house in California, and then the couple refused to pay rent a few months after they started using the home.

They used a film production company they controlled to hide income to keep the IRS from collecting unpaid taxes owed by Todd Chrisley, prosecutors said. 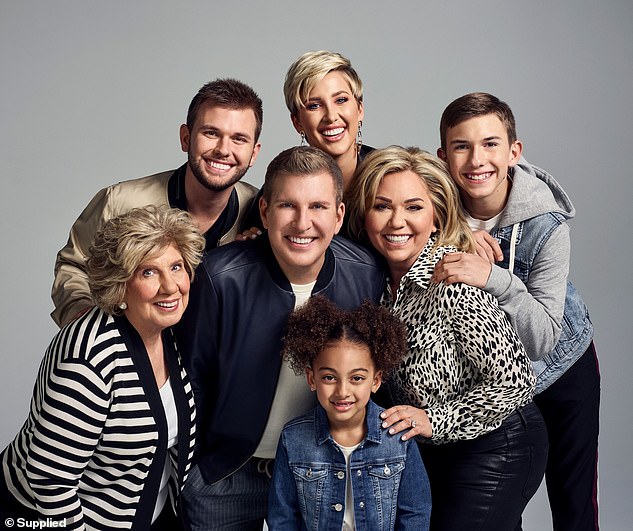 The family is best known for their reality show Chrisley Knows Best, which started in 2014 and is currently still on. Pictured: Todd, daughter Savannah, wife Julie, sons Chase and Kyle, his mother Faye and granddaughter Chloe

After they were found guilty, US District Judge Eleanor Ross allowed the Chrisleys to remain free on bond.

But she placed them on location monitoring and home detention, meaning they can only leave the house for certain reasons, including work, medical appointments and court appearances. 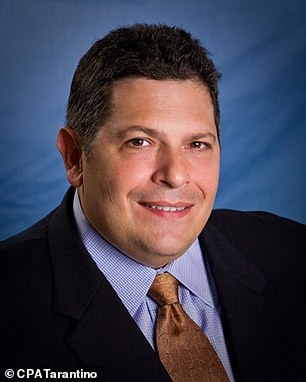 Their accountant, Peter Tarantino, meanwhile, is charged with one count of conspiracy to defraud the US

They also have to alert their probation officers to any spending over $ 1,000, according to the order entered Tuesday.

Peter Tarantino, an accountant hired by the couple, was charged with conspiracy to defraud the United States and willfully filing false tax returns.

He was found guilty on all counts, the US attorney’s office in Atlanta said. He also remains free on bond.

‘Chrisley Knows Best’ follows the tight-knit, boisterous Chrisley family. The series was just renewed by USA for a 10th season, while spinoff ‘Growing Up Chrisley,’ featuring Chrisley kids Chase and Savannah living in Los Angeles, was just renewed by E! for a fourth season.

The trial began in mid-May, just days after E! announced that it was moving forward with a new dating series, ‘Love Limo,’ hosted by Todd Chrisley.

During the trial, it was revealed that Todd Chrisley had a gay affair with his business partner who helped him commit fraud before tipping off cops after their romance went sour.

Chrisley shacked up with Mark Braddock in the early 2000s before breaking it off, a judge in Atlanta was told.

Braddock tested that after the affair ended the pair stayed friends and formed a ‘brotherhood.’

Braddock, who had to tell his own wife about the affair before testing, turned the Chrisleys into the FBI for tax fraud and told the jury he didn’t want to be talking about his affair. Braddock has also been granted immunity.

After the affair ended, while Chrisley’s former flame worked at Chrisley Asset Management, he claims an anonymous source sent text messages threatening to expose the relationship and his boss’ fraud.

The alleged texts said: ‘Pay cash and we’ll close up.’

Todd Chrisley and Braddock ended up paying their blackmailer $ 38,000, which Braddock withdrew from the bank in four $ 9,500 payments, before meeting Todd Chrisley in a parking garage.

He handed over the large amounts of cash ‘in a little bag’ for Todd Chrisley to pay the blackmailer, he tested on Tuesday.

After the Chrisleys were accused by the FBI of tax evasion, Braddock told jurors his feelings for Todd Chrisley convinced him to help them commit fraud, he tested.

The former employee created fake tax documents for the reality star and submitted them to banks and impersonated Todd Chrisley in emails and phone calls, Insider reported.

After the two had a falling out, Braddock reportedly wanted to get back at his former lover and created fake email accounts to report the Chrisleys’ criminal behavior to government and news agencies. 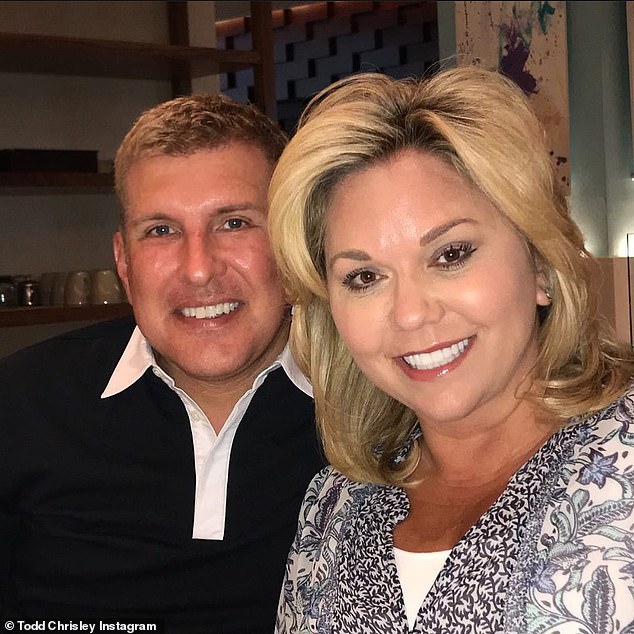 In his opening statements, Chrisley’s lawyer Bruce Morris accused Braddock of thinking he was Todd Chrisley and had an ‘obsession’ with him.

Braddock has denied these claims. He also said the only time he’d been with a man was with Todd Chrisley.

Chrisley had publicly addressed rumors about his sexuality in 2017, telling the Domenick Nati Show that the rumors didn’t ‘bother’ him.

He didn’t deny claims he is gay.

‘In order for it to disappoint me, it would mean that I don’t agree with someone being gay.

‘I don’t believe that’s a choice that you make. I believe that you are the way that God has made you, ‘he said on the show at the time.

‘I’m flattered that people think I can get laid on both ends. So, that doesn’t bother me.

‘And my wife certainly is flattered that as many men want her husband as there are women.