The Food and Drug Administration (FDA) says that Pfizer’s COVID-19 vaccine is safe and effective in children aged six months to five years old – setting the shot up for regulatory approval ahead of a targeted June 21 rollout date – though there are still some doubts over whether the jabs are needed.

The agency posted its analysis overnight Monday, a standard for vaccine approval ahead of an advisory panel meeting scheduled on Wednesday where outside experts will discuss the shot’s merit.

Rollout of the three shot vaccine – which is only one-tenth of the dosage given to adults in both shots – is planned to begin on June 21, and will be made available to all 18 million US children that fall into the age group. Moderna also has a jab it hopes will become available at the same time.

Experts are split on whether this age group needs the shots, though, as the risk they face from the virus is extremely limited. Key advisors that will weigh in on the decision told DailyMail.com last week that it is too early for them to decide whether they will approve the shots. 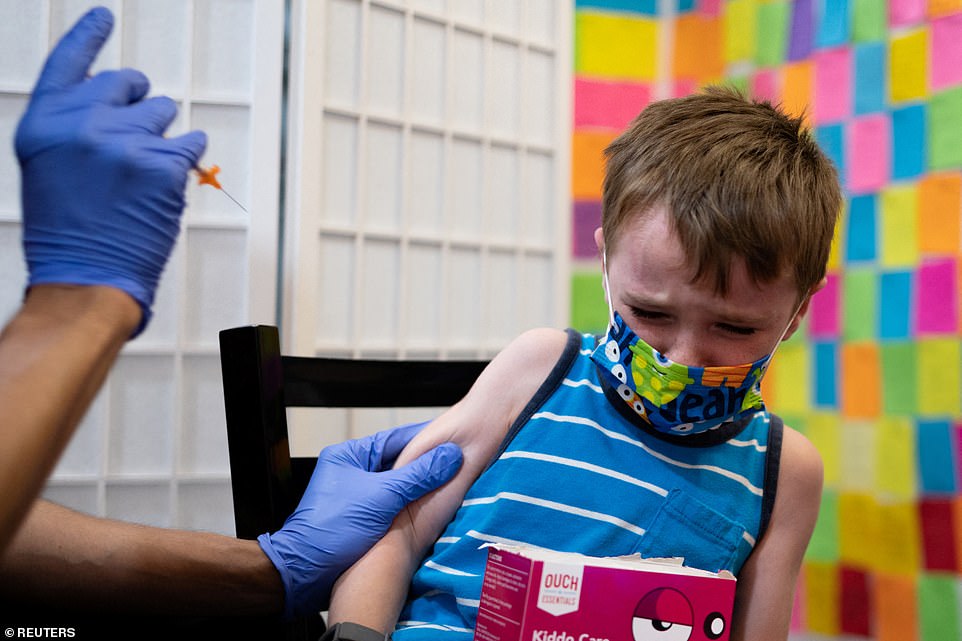 The FDA revealed promising analysis of the Pfizer COVID-19 vaccine in children aged six months to five years old overnight Monday. It comes days before the vaccine is to be discussed by FDA advisors on Wednesday is a meeting that will likely decide the shot’s fate 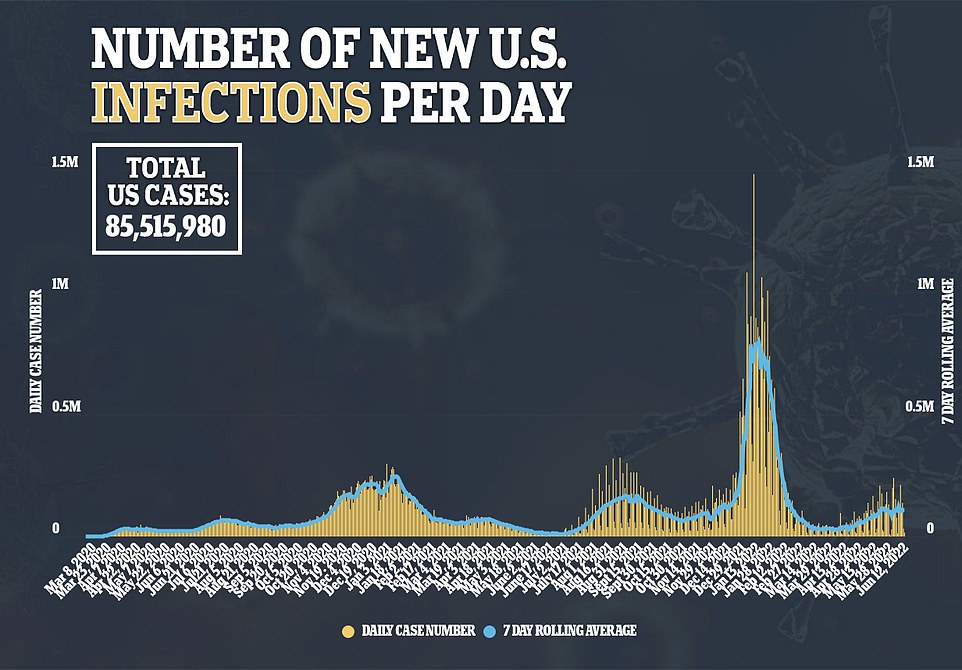 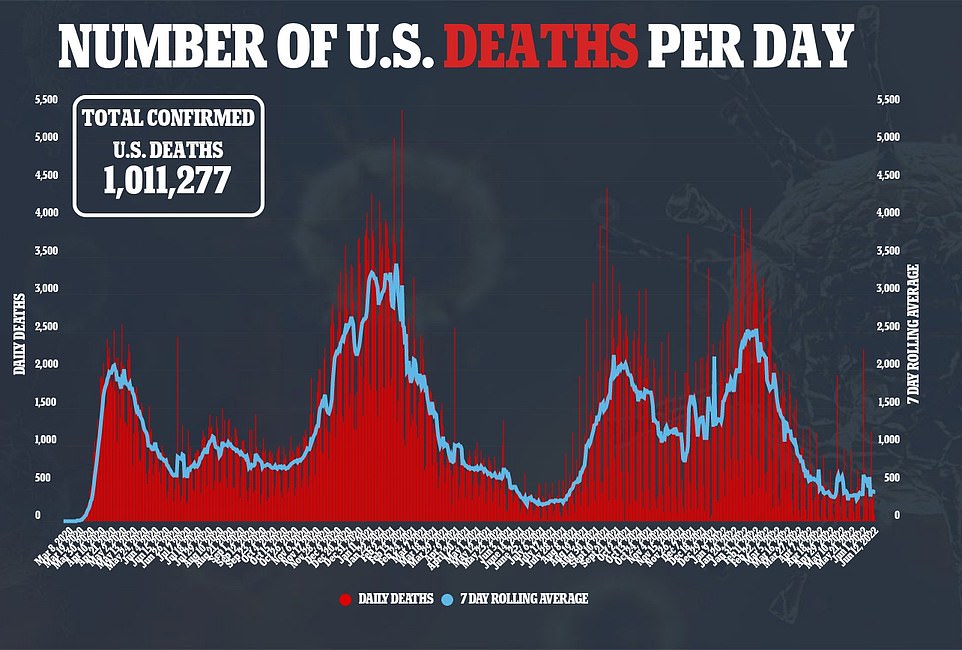 The revelation comes as the risk Covid poses to Americans shrinks. Cases of the virus have lingered in the low 100,000s for over a week now – with the US averaging 107,682 cases per day as of Monday morning. Deaths have dropped 30 percent, though, to 386 per day.

If regulators clear the shots by one or both companies, vaccinations could begin as soon as next week with the drug makers ready to rapidly ship doses ordered by the government.

While only about three percent of US Covid cases are in the age group six months to four years, hospitalization and death rates in that group are higher than those for older children, according to the FDA’s analysis – one reason experts have said protecting this group is important.

The FDA said children who received Pfizer’s shots during testing developed high levels of virus-fighting antibodies expected to protect them against coronavirus. That’s the basic threshold needed to win FDA authorization. But additional testing turned up key differences, with stronger results for Pfizer.

Pfizer’s vaccine appeared 80 percent effective in preventing symptomatic COVID-19, although that calculation was based on just 10 cases diagnosed among study participants. The figure could change as Pfizer’s study continues.

The Pfizer jab will come in three doses, unlike the two dose standard set for older age groups. It will also be only three micrograms, a tenth of the size of the standard adult dose, and a third of dosage for children five through 12.

The switch was made towards the end of last year when early data showed that only two doses of the jab provided little protection against the virus. 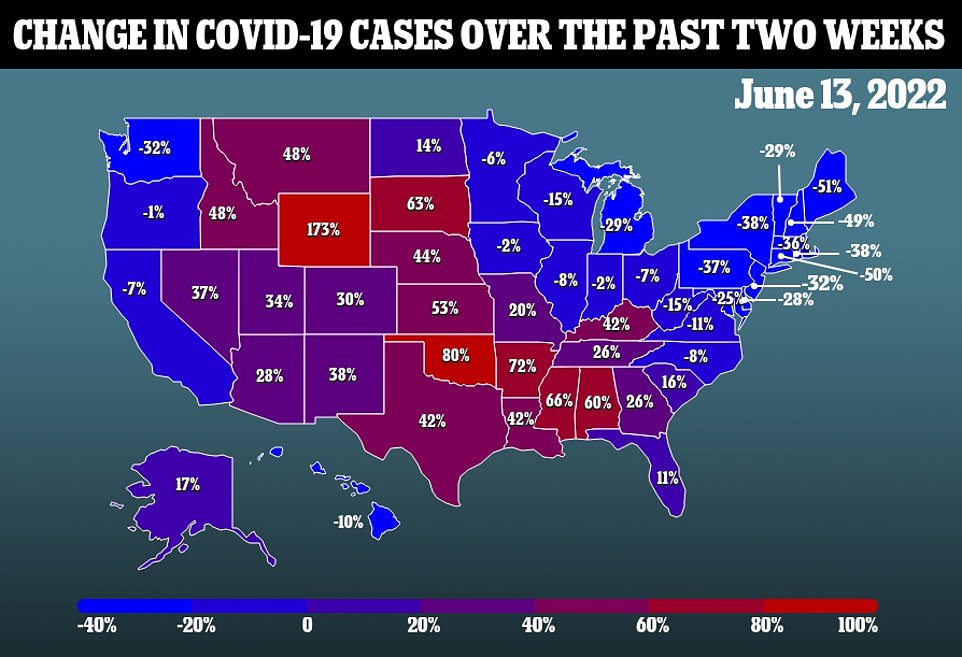 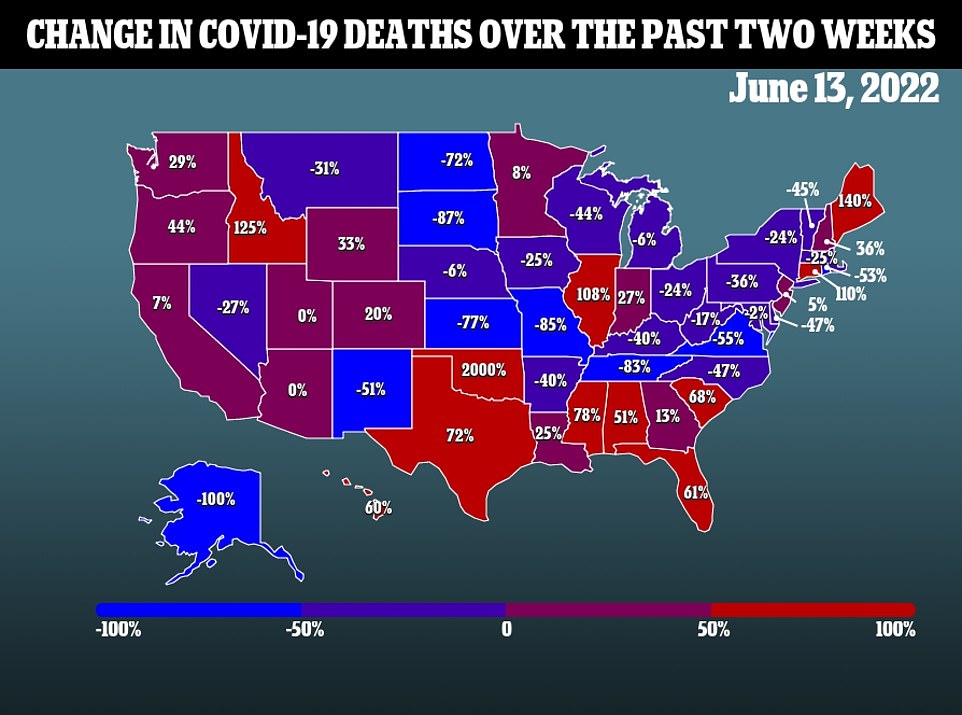 Moderna’s two-dose series was only about 40 percent to 50 percent effective at preventing milder infections, although the two companies’ shots were tested at different times during the pandemic, when different variants were circulating. Moderna has begun testing a booster for tots.

In order for the jabs to get into the arms of children, it will first need approval from both the FDA and the CDC.

On Wednesday, the FDA’s Vaccines and Related Biological Products Advisory Committee (VRBPAC) will meet to discuss the shots.

The committee, which has been more skeptical of the vaccine rollout than the CDC and other health officials, was passed over on the decision to approve booster shots for five to 11 year olds and fourth doses people 50 and older.

The decision to skip VRBPAC was a controversial one, with members like Dr Eric Rubin, editor-in-chief of the New England Journal of Medicine, and Dr Paul Offit, of the Children’s Hospital of Philadelphia, both speaking out against the approval.

When asked about the recent submission by Pfizer, Offit told DailyMail.com that he would need to review the data first before issuing an opinion.

Dr Cody Meissner, also a VRBPAC member representing Tufts Children’s Hospital, told DailyMail.com that ‘it will be an interesting discussion,’ on whether or not the shots get approved.

‘Does the potential benefits in vaccinating that group justify any harm? That’s the question that I think everybody will be thinking, ‘he added. 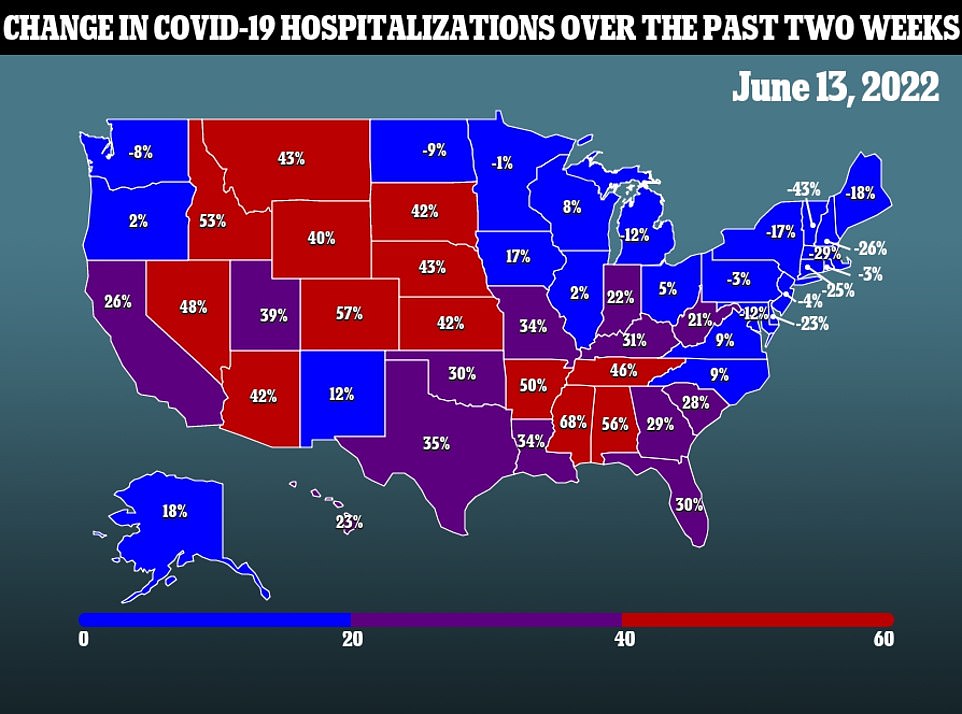 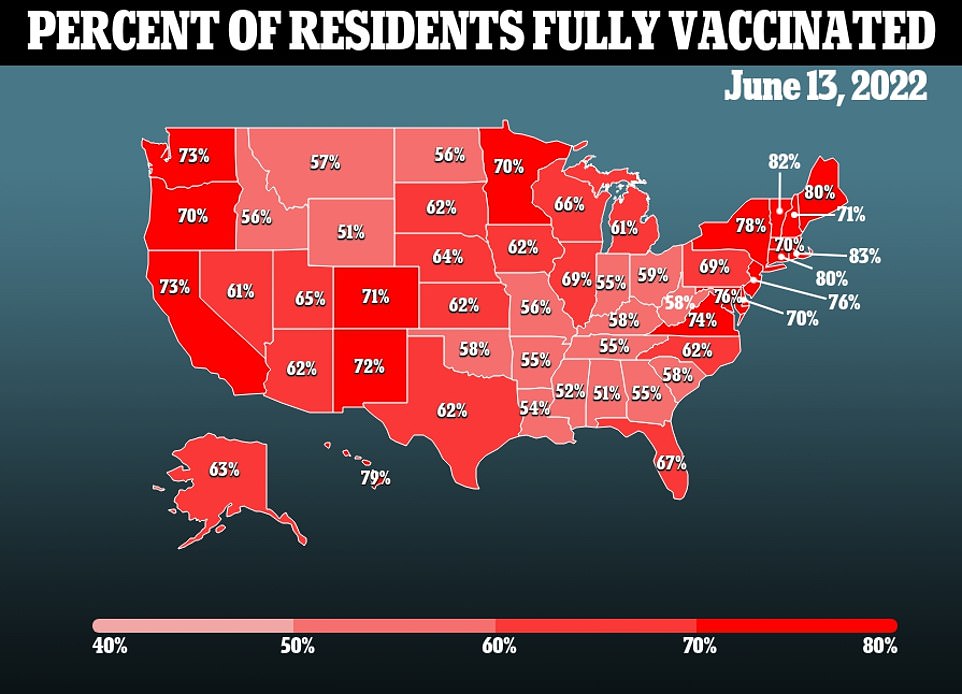 He said that the White House announcing the June 21 date will not pressure the committee into approving the doses, saying that their positions come independent of political pressure.

Meissner did say, as he has in the past, that he does not believe that herd immunity is possible, and that vaccinating everyone to stop transmission of the virus will not happen.

Because the vaccines are tailored more to prevent serious infection that causes hospitalization or death, and not infection itself all-together, there will still be some transmission of the virus even if only asymptomatic.

This raises an interesting question for many officials. If the vaccines can not prevent transmission of the virus outright, and many children suffer limited risk from the virus anyways, then what reason would there be to be approve the jabs.

For the mRNA vaccines in particular – the Moderna and Pfizer shots – the CDC warns that young males who receive the shots suffer a very small but still existent risk of developing heart inflammation.

Meissner also expressed concerns over the newness of the mRNA technology used in the Pfizer jab.

In February he told DailyMail.com that: ‘we don’t have any experience with these [mRNA] vaccines in young children… I’m very hopeful that they will turn out to be equally safe and equally effective [as they were for adults]but we don’t know that. ‘

The technology has existed for decades, but was largely ignored by the medical community until it was implemented by Moderna and Pfizer for the Covid shots. 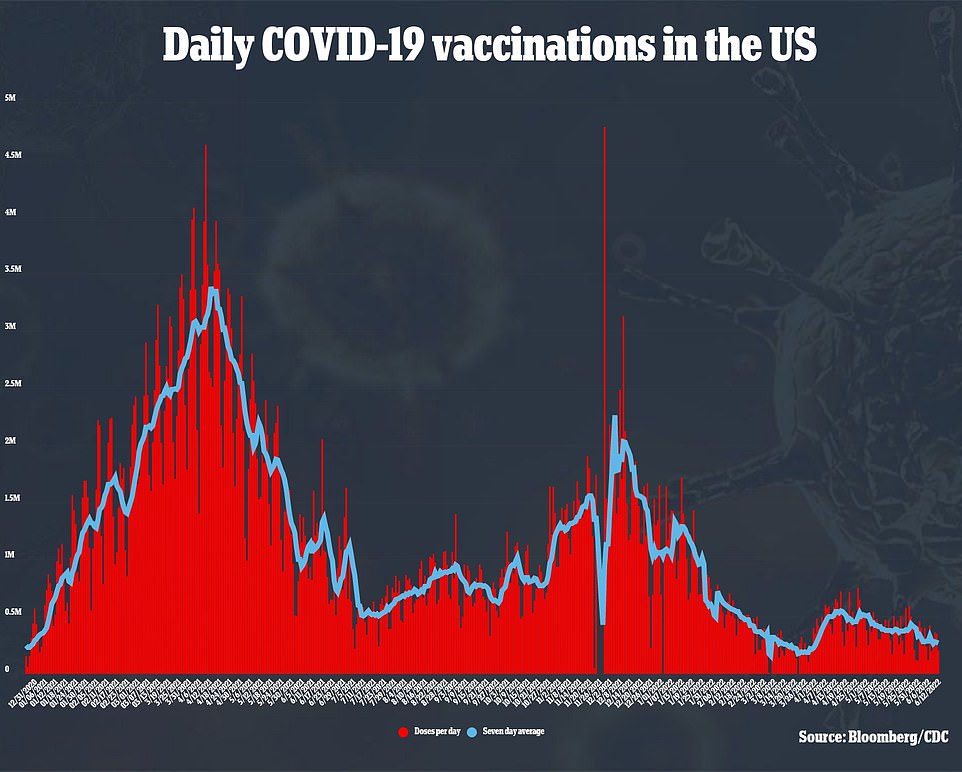 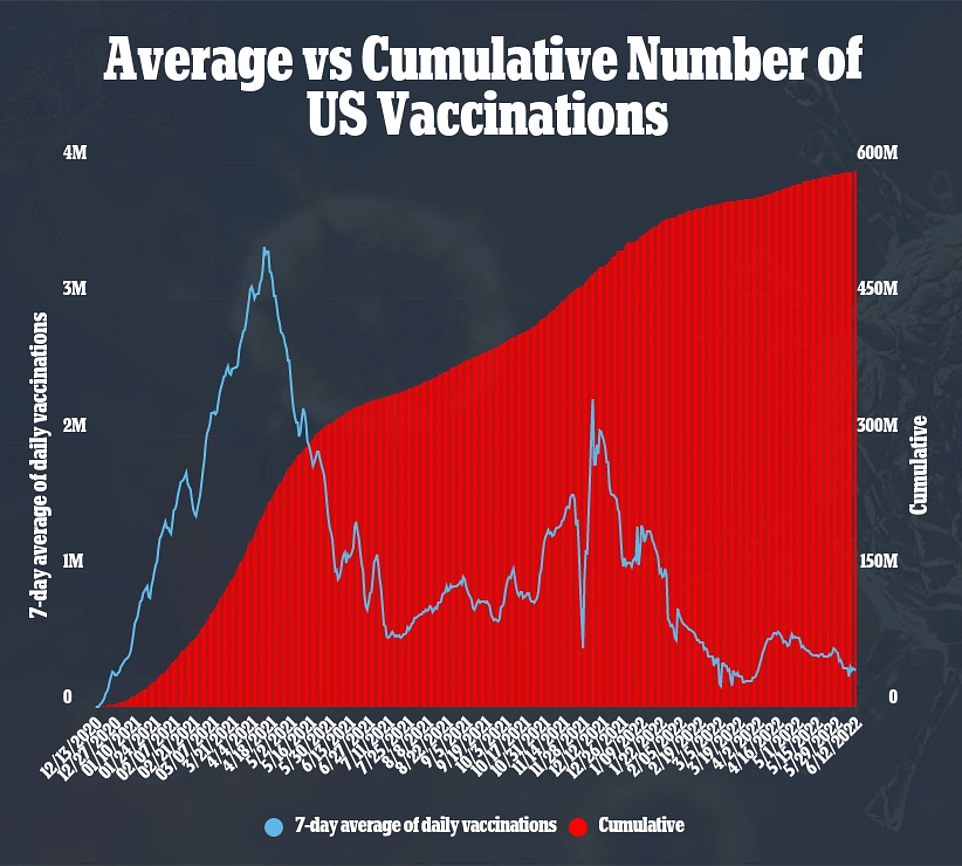 In the time since, it has been investigated as the base of a potential HIV, flu and cancer vaccines, but because of its limited past use there is no data on how it can affect a person decades down the line.

The risks of the jab hurting people in the future are extremely small, though.

Some are also concerned about the small sample size used for the trial. When Pfizer first got its jab approved for adults at the end of 2020, trial data included over 40,000 participants.

For these trials, just over 1,500 children aged six months to five years old were recruited – a significantly smaller sample.

The FDA is expected to make its official decision shortly after Wednesday´s all-day meeting.

This sets up the shots to be available as early as next week. Dr Ashish Jha, the White House’s COVID-19 response coordinator, said during a briefing last week that he expects the jabs to be available on Tuesday, June 21 – a day after the Juneteenth holiday.

It is not clear how much demand there will initially be for the shots. A recent survey suggests only 1 in 5 parents of young children would get their kids vaccinated right away.

Vaccines have been available since November for older US schoolchildren, yet less than a third of those ages 5 to 11 have gotten the two recommended doses, according to government figures.