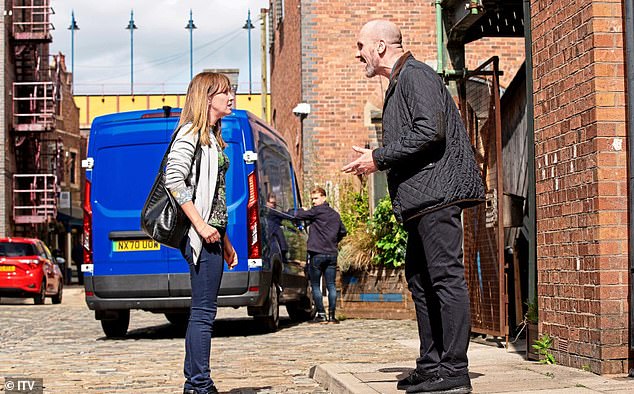 In Coronation Street, Maria (pictured) fears for her life after she is told by Craig that Jimmy (pictured) is responsible for posting malicious messages and is scared when he tells her she will regret talking to the police

How does anyone solve the ongoing problem that is Maria? Now the poor woman is afraid for her life, and when Craig tells her Jimmy is responsible for posting malicious messages, she’s even more scared when the thug says she’ll regret talking to the cops.

Surely she could just put Gary on him; he’s already had one go, but maybe he’s spending too much time at the hairdresser’s, where he’s getting his hair nicely coiffured. What is it about the Corrie lads and their hair?

PEAS IN A POD

Corrie actress Sue Nicholls says she sees many similarities to herself in her character Audrey. After the death of her husband, Sue also loves her independence and lives alone.

Change the flamin’ record. Or maybe the script team could take a leaf out of their own book and recycle this tedious plot.

Maria’s role as a councilor has never been convincing. With Sally, there was immense entertainment as she sought to climb the greasy pole of local politics.

But all we have with Maria is an endless ‘woke’ whinge, with her fighting an uphill battle to get anything done (what she has achieved, by the way – apart from shielding a murderer, obviously). There’s welcome relief from Refusegate when Tim gives Sally a special birthday breakfast.

After frolicking in the hot tub, he thinks he might be feeling stirrings of passion again. Sally’s hopeful it might be the best birthday present she could wish for. Really? Maybe it’s my age, but I’d have preferred a car.

It’s not good for Ed when he works on a radiator at Debbie’s hotel, gets an electric shock and is out cold (to every cloud and all that). Aggie tells Debbie she’ll be hearing from their solicitor.

Really? She spent all her spare cash trying to get rid of Grace. Doubtless Adam will offer a discount.

Doesn’t he always? How he manages to make money is anybody’s guess – and boy, does he need it, given the number of head transplants he’s had of late. 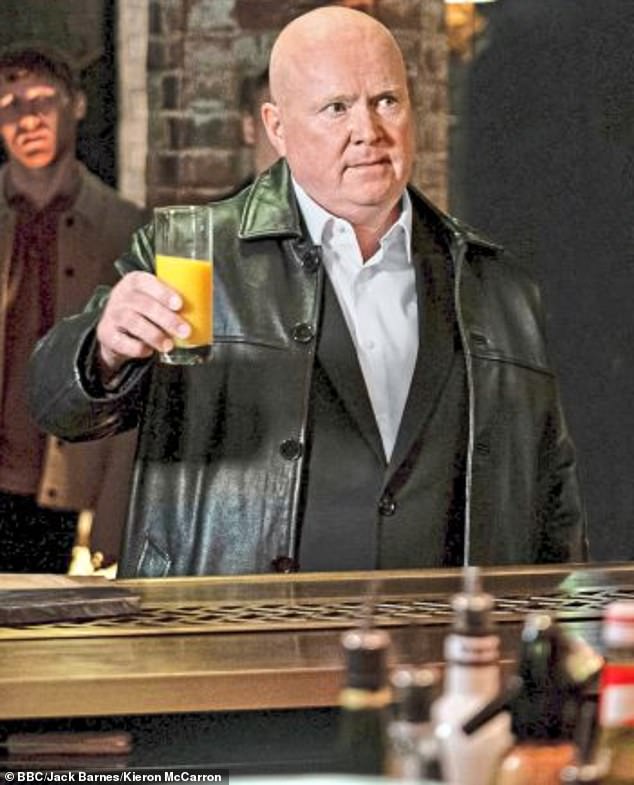 In EastEnders, Phil raises a glass in memory of his mother at the pub. Kat, Sharon and Sam are in shock

Matthew Morrison (Felix) and Ashley Byam (Finlay) are excited to have landed roles in EastEnders, and have mentors that have made them feel at home. Morrison’s is Natalie Cassidy (Sonia) who, he says, ‘has talked me through how to deal with the scripts, and shared tips with me. It’s priceless to have her.’ Just don’t let Sonia treat you to a trumpet solo, Matthew.

Byam’s mentor is Tameka Empson (Kim), who’s been ‘amazing’. But keep Kim away from your online dating profile.

Well, that was stressful; please don’t do that again. Phil, dead? Certainly not! But no, Lazarus Mitchell was hunky dory and in Peggy’s.

As he raises a glass in memory of his mum, Kat, Sharon and Sam are in shock – not that you can tell, given that they carry a permanent look of disbelief, like Macbeth’s three witches waking up to find someone’s made off with their cauldron.

There are harsh words for Sharon when Kat tells her she knows she loves Phil, but what will happen when Phil asks Sharon if she was serious about her feelings? For an alcoholic, ex-druggie jailbird and, let’s not forget, killer, he has remarkable success with the ladies (I use the word ladies very loosely) – Shirley, Sharon, Kat: it’s not a trowel they need to take off their make -up; it’s a combine harvester.

That dreaded word ‘party’ rears its ugly head, when Kaffy organizes one to celebrate Rocky’s birthday. And it’s the worst kind, too – a game night. Mitchells and parties should never be in the same room together (much like Mitchells and turkeys – always a disastrous combination at Christmas).

Ben is uninterested, and even less so when he realizes the event is actually for him. His week gets a lot worse when the police arrive to arrest him, after Peter reports him for the assault. The party is well and truly over. 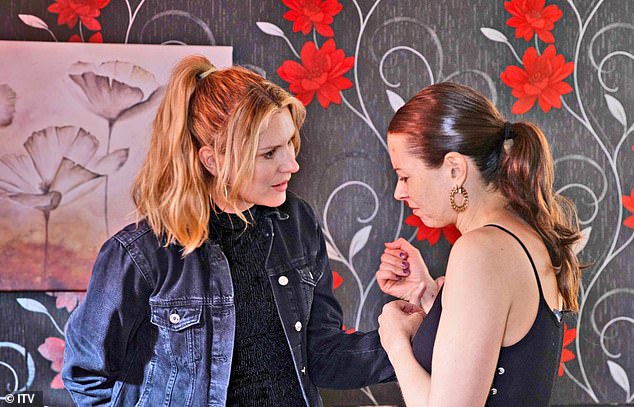 In Emmerdale, Dawn discovers that her best friend Beth has died from an overdose in another drug-related storyline on the soap.

Why don’t we just re-name the village the Colombia Dales? No sooner did Leyla turn into Pablo Escobar overnight, now it seems that almost everyone else is banging on about drugs. This week it’s Dawn, who is upset to hear that her best friend Beth has died from an overdose.

After the funeral, Dawn and her friend Jade reflect on their pasts and, returning to the latter’s house, a now drugged-up Jade (of course – heaven forbid anyone could just have a couple of lagers after a funeral) reveals Clemmie to be Beth’s daughter, who doesn’t even know that her mum is dead.

What is happening in the Colombian Dales? Suzy reveals to Vanessa what really happened on the night Holly died (drugs, of course; she couldn’t have just fallen off a horse). Can it get any more depressing?

Matty is struggling with the fact that he wasn’t around at the time of Holly’s death, and Nicola is struggling with her mental health following the attack. There’s also a man called Terry, who is pressuring Sandra about the money she owes him, but what is Sandra hiding?

Please, not another secret drug. Surely there are other things people could find to spend their money on these days.