Actual Experience, the digital workplace management systems provider, lost more than half of its value as a customer terminated a contract.

The company has been notified by a channel partner that one of its customers, a leading global energy supplier, will terminate its contract with Actual Experience.

The contract, originally announced on 23 August last year with a total value of around £ 1million over a three-year period, will continue to run until 18 August this year. This contract generated revenues of £ 200,000 or so during 2021.

Naked Wines also saw its share price halve after it told the market it would not pursue growth at any cost. 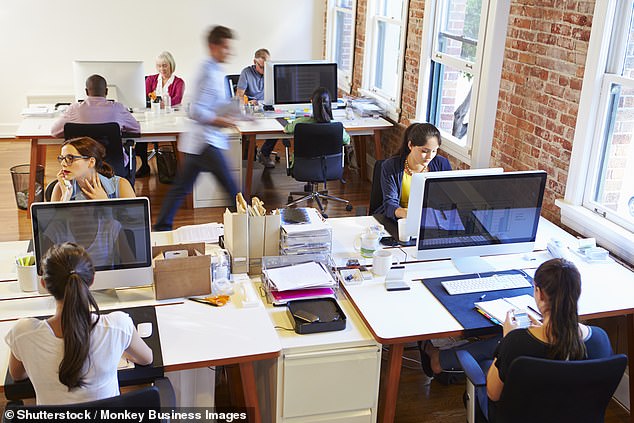 ‘Our guidance is that we intend to trade the business at or around break-even this year,’ said Nick Devlin, the group’s chief executive.

‘We believe this is the responsible balance to strike in FY23, mindful of the levels of macro-economic uncertainty but also of the opportunities we see ahead and the potential for disruptive models like ours to gain traction in tough times as consumers revaluate their purchasing choices . ‘

It’s fair to say the statement of intent left a sour taste in the mouths of investors.

TP Group lost only a third of its value – small consolation to shareholders – after it said publication of its full-year results would be delayed.

The normal deadline for audited accounts for the previous year is the end of June. TP Group, a consultant engineer focused on safety, now has until the end of September to publish its full-year results.

The delay is slightly odd because at the beginning of June the group said the audit was well advanced, which has raised suspicions that the auditors might have found something in the accounts that warrants more investigation.

Among the small-caps heading higher, Phoenix Global Resources caught the eye as it confirmed that 84 per cent shareholder Mercuria Energy Group is considering buying out the minority shareholders and taking the company private.

The shares rose 29 per cent to 6.475p after Phoenix revealed any offer is likely to be at around 7.5pa share.

Engage XR Holdings, a virtual reality communications technology company, has signed up HTC and the Virtual Human Interaction Lab at Stanford University are confirmed as launch partners for the launch of the group’s Metaverse offering for enterprises.

The launch is set for the fourth quarter of 2022.

Engage said HTX and the Lab will use Engage’s MetaVerse platform to build and design their own MetaWorlds enabling them to interact with stakeholders, host real business dealings and professional virtual events within the ENGAGE ecosystem.

AssetCo, which describes itself as an ‘agile asset and wealth management company’, has reached an agreement to acquire SVM Asset Management for around £ 10.7million.

IOG, the UK gas and infrastructure operator, leapt 20 per cent to 28.25p after a well-received corporate update.

Andrew Hockey, the group’s chief executive, said that production at the Saturn Banks project in the North Sea continues to be restored as planned, and is up to 54million cubic feet per day (mmscf / d) gross currently from 30 mmscf / d at the start of June.

‘Allowing for planned and unplanned downtime, we expect to produce 45-60 mmscf / d gross on average over 2H22,’ Hockey said.

Hurricane Energy stormed 17 per cent higher to 7,375p on the appointment of Robin Allan, a former director of Premier Oil, as an independent non-executive director.

The company has not always had the best of relationships with the City and Allan’s appointment was clearly warmly welcomed.

Allan will chair the environmental, Social and Governance (ESG) Committee, and become a member of the Technical Committee.

Talking of relations with the City, Iofina announced the appointment of Chrystal Capital Partners as a financial advisory partner.

Chrystal Capital will be providing strategic advice on the company’s approach to the equity markets and business growth, including helping to engage with new investment funds, Single Family Offices, and Ultra High Net Worth Individuals.

Shares in Iofina, a manufacturer of specialty chemical products and specialists in the exploration and production of iodine, were 14 per cent higher on the week.

Finally, on to the gaming world and Gaming Realms and Bidstack Group.

Meanwhile, Bidstack, which has clever technology that inserts unobtrusive advertising into computer games, advanced 12.5 per cent to 2.7p after it named David Reeves as its chairman designate ahead of a handover in September to succeed Donald Stewart.

Reeves joins the board with over 30 years’ global experience in senior management roles within the video games industry, including positions at Sony, Capcom, E Fundamentals and Keywords Studios.