Boris Johnson is being warned the latest sleaze scandal facing his Government has emoboldened Tory rebels as they renew their efforts to oust him from Number 10.

The Prime Minister is under pressure over his decision to appoint Chris Pincher as the Conservative deputy chief whip in February.

Questions are being asked about what Mr Johnson knew of the 52-year-old’s conduct – who has been suspended as a Tory MP following claims he drunkenly groped two men – as a slew of fresh allegations emerge against him.

It has even been claimed Mr Johnson referred to the MP as being ‘handsy’ – and joked he was ‘Pincher by name, pincher by nature’ – before appointing him to the key role in charge of Tory discipline.

The PM is facing the fresh sleaze scandal – which has caused a Cabinet backlash – just ahead of what could prove to be critical internal elections within the Conservative Party.

Tory MPs are next week set to decide on key positions on the powerful 1922 Committee – which are now being seen as a proxy vote on Mr. Johnson’s future, amid plans to change party rules to allow another no confidence ballot on the PM’s leadership.

But Mr. Johnson, who is set to face the House of Commons for the first time this afternoon after his recent nine-day foreign trip, will be expected to hit back against the continued plotting by Tory rebels.

The PM is due to report back to MPs on his attendance at last week’s Commonwealth, G7 and NATO summits – in which he will be keen to stress the role he is playing in international efforts to tackle the cost-of-living crisis and in support ing Ukraine against Russia’s invasion. 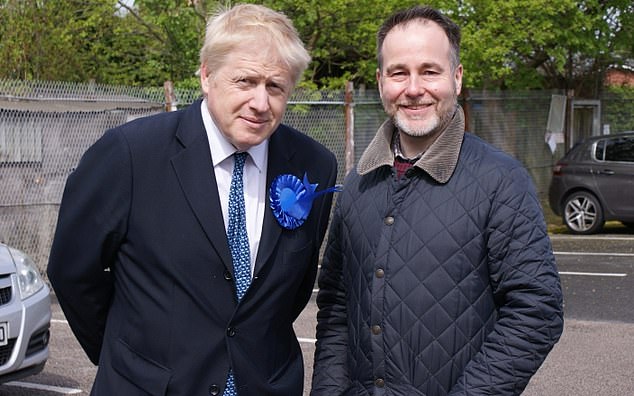 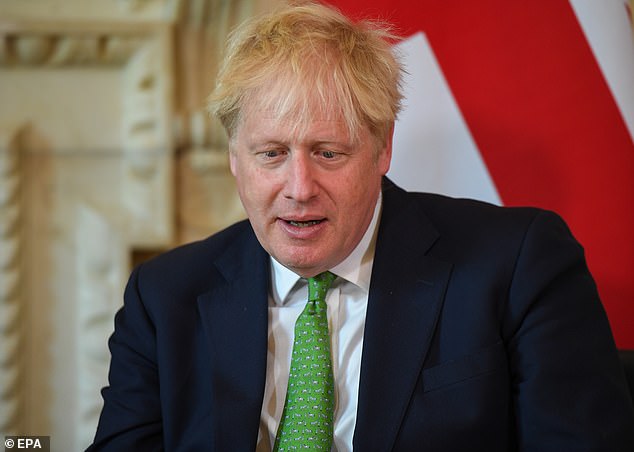 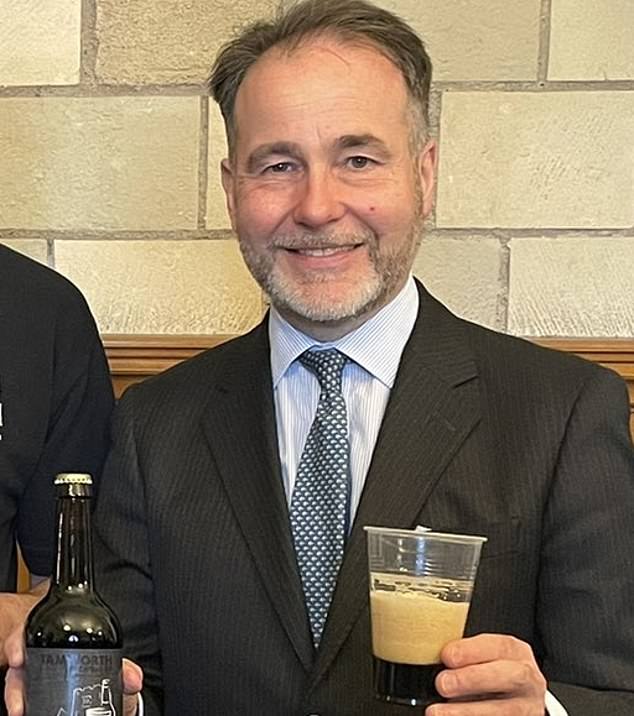 Mr Pincher last week resigned as deputy chief whip after he admitted ’embarrassing himself and others’ after drinking ‘far too much’ at the Carlton Club, a posh London watering hole popular with Conservatives.

Haven’t we just had a Tory confidence vote?

The PM won, but 148 of his 359 MPs supported kicking him out in the secret ballot.

Mr. Johnson and his allies hailed that as a clear victory and urged the party to unite behind him.

Can MPs just call another vote?

In theory, party rules mean that because Mr. Johnson secured 50 percent of the vote he cannot be challenged again for 12 months.

But notably Theresa May also won a confidence battle, and was later threatened with a rule change to enable her to face another vote – forcing her to resign.

Are they likely to change the rules?

Some of the PM’s leading critics have warned against ‘tinkering’ with Tory leadership rules to oust Mr. Johnson.

But upcoming elections to the executive of the 1922 Committee – expected next week – are becoming a key battle between Tory rebels and Johnson loyalists.

If the rebels win a majority of the 18 positions up for grabs, they could push through their attempt to change party rules.

And, since last month’s no confidence vote, opinion against Mr. Johnson has hardened among some MPs following the two bruising by-election defeats in Wakefield and Tiverton and Honiton.

The PM is now also having to face another Tory sleaze scandal.

Is there any other way for the leader to be evicted?

Mr Johnson has defiantly insisted that he will not entertain the ‘crazy’ idea of ​​resigning.

And – barring the Opposition winning a vote of no confidence in the House – there is no formal mechanism to get rid of him before the next general election.

However, a withdrawal of support by the Cabinet would make his position untenable.

What happens if the leader is ousted?

The leader is sacked if they lose a Tory confidence vote, and a leadership contest begins in which they cannot stand. Resignation would also trigger a contest.

However, the outgoing chief typically stays on as Prime Minister until a replacement is chosen.

Are there any other big moments coming up that could fuel the Tory revolt?

The cross-party Privileges Committee is about to kick off an inquiry into whether Mr. Johnson misled the House over Partygate.

It is expected to report in the Autumn, when the PM will also have to run the gauntlet of the Tory conference.

The upcoming contest for places on the 1922 Executive Committee has led to a battle between rebel MPs and those loyal to Mr. Johnson to fill those 18 positions.

When the PM won last month’s no confidence vote over his leadership he was granted 12 months immunity from having to face another contest.

But there are rebel plans to change that rule and allow Mr. Johnson to face a fresh vote if they win a majority on the 1922 executive.

One rebel told The Times the row over Mr. Pincher had ‘100 percent’ strengthened the campaign to oust the PM.

Another added: ‘It has certainly sharpened minds to act because it all goes back to the Prime Minister.’

The newspaper reported that one plan by Tory rebels was to change the party’s rules to allow a new no confidence vote in Mr. Johnson’s leadership if 90 MPs – 25 percent of the parliamentary party – submit letters to 1922 chair Sir Graham Brady.

The plan is being portrayed as a ‘compromise proposal’ as it increases the threshold from 15 percent – ​​54 MPs – that triggered last month’s vote.

Will Quince, the children and families minister, this morning dismissed the claim by Dominic Cummings – the PM’s estranged former chief adviser – that Mr Johnson previously joked about Mr Pincher being ‘Pincher by name, pincher by nature’.

He told LBC Radio: ‘I think that quote came from Dominic Cummings, who’s not someone I give a huge amount of credibility to, given past experience.’

In a series of TV and radio interviews, Mr Quince said he had been given ‘categorical assurance’ that Mr Johnson was ‘not aware of any serious specific allegations’ about Mr Pincher before appointing him as deputy chief whip.

He also denied claims that junior ministers such as himself were having to face media interviews about the ‘indefensible’ allegations about Mr. Pincher, due to Cabinet ministers refusing to go on the airwaves.

‘The allegations are incredibly serious and I’m appalled by them.

‘But that isn’t the case today, because I was booked four days ago, in fact five days ago I think it was, to talk about a very important childcare announcement.’

Mr Pincher last week resigned as deputy chief whip after he admitted ’embarrassing himself and others’ after drinking ‘far too much’ at the Carlton Club, a posh London watering hole popular with Conservatives.

He has referred himself for ‘professional medical support’ and vowed to ‘cooperate fully’ with a parliamentary investigation into his actions.

But the MP, who will now sit as an independent after having the Tory whip suspended, has denied other allegations that have emerged against him.

Labor Party chair Anneliese Dodds has written to the PM demanding to know what Downing Street knew of allegations about Mr. Pincher before his second appointment as a Tory whip.

The Tamworth MP had previously resigned from the whips’ office in 2017 after being implicated in the ‘Pestminster’ sleaze scandal after being accused of making an unwanted pass at former Olympic rower and Conservative activist Alex Story.

But Mr. Pincher was later cleared by an investigation.

‘Only Boris Johnson could have looked at this guy’s record and thought “he deserves a promotion”,’ Ms Dodds said.

‘This PM is clearly happy to sweep sexual misconduct under the carpet in order to save his own skin.’

What are the claims facing Chris Pincher?

Chris Pincher resigned as Tory deputy chief whip after he admitted last week that he ‘drank far too much’ and ’embarrassed myself and other people’.

It followed claims that he had drunkenly groped two men at the Carlton Club, the Conservative Party members’ club in London on Wednesday night.

The Tamworth MP has vowed to ‘cooperate fully’ with an official investigation by a parliamentary watchdog.

But a slew of other allegations have also now emerged about Mr. Pincher, which he denies, including:

– In an incident around 2012, a man in his early 20s said he received unwanted sexual attention from Mr Pincher at an event in London

– A former parliamentary researcher has told how Mr. Pincher threatened to report her to her boss when she tried to block his pestering of a young man at the Conservative Party conference in 2013

– Another alleged incident in 2013 involving a young man who had passed out in Mr. Pincher’s London flat. It is claimed that he woke up with the politician on top of him

– A 2017 incident in which Mr. Pincher is claimed to have put his hand on another MP’s inner thigh.

– A charity fundraiser claimed that Mr. Pincher groped his thigh and bottom as they posed for a photo in 2018

– A claim that Mr. Pincher made an unwanted advance to a young Tory member at the party’s conference in 2019, while describing how he could help his political career