Jason Oppenheim has officially moved on following the end of his relationship with fellow Selling Sunset star Chrishell Stause.

The real estate broker, 45, was spotted locking lips with a stunning mystery blonde during a trip to Mykonos, Greece on Friday.

The woman, who bore a resemblance to her ex Chrishell, tenderly held Jason as they shared a kiss at the Nammos Village shopping center. 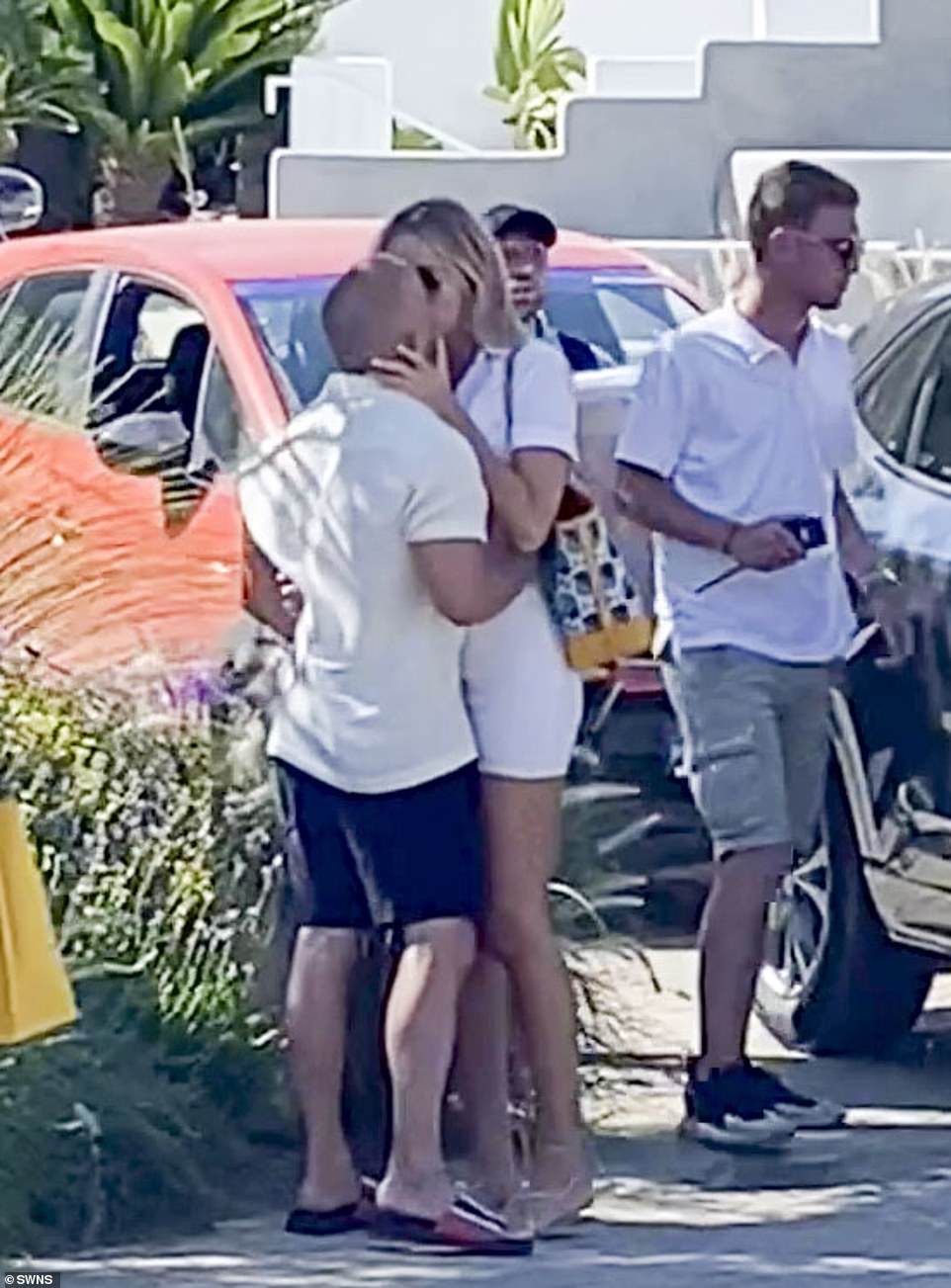 The couple appeared captivated by each other as they packed on the PDA outside the shopping center.

Sparks flew as Jason placed his hands around her waist and pulled her in for a kiss.

The couple looked captivated by each other as they shared a passionate kiss, not seeming to care about onlookers around them.

Jason’s new flame was the epitome of style in a white ensemble with her hair styled down.

Just the two of us! The couple looked captivated by each other as they shared a passionate kiss, not seeming to care about onlookers around them

This is definitely not Jason’s first time in Greece – last year he enjoyed a trip to the country with his then-girlfriend Chrishell and several friends.

His latest trip comes after he revealed that he has no desire to enter another romantic relationship following his split from Chrishell.

During an appearance on This Morning in late June, Jason talked about filming the emotional Selling Sunset reunion with her. 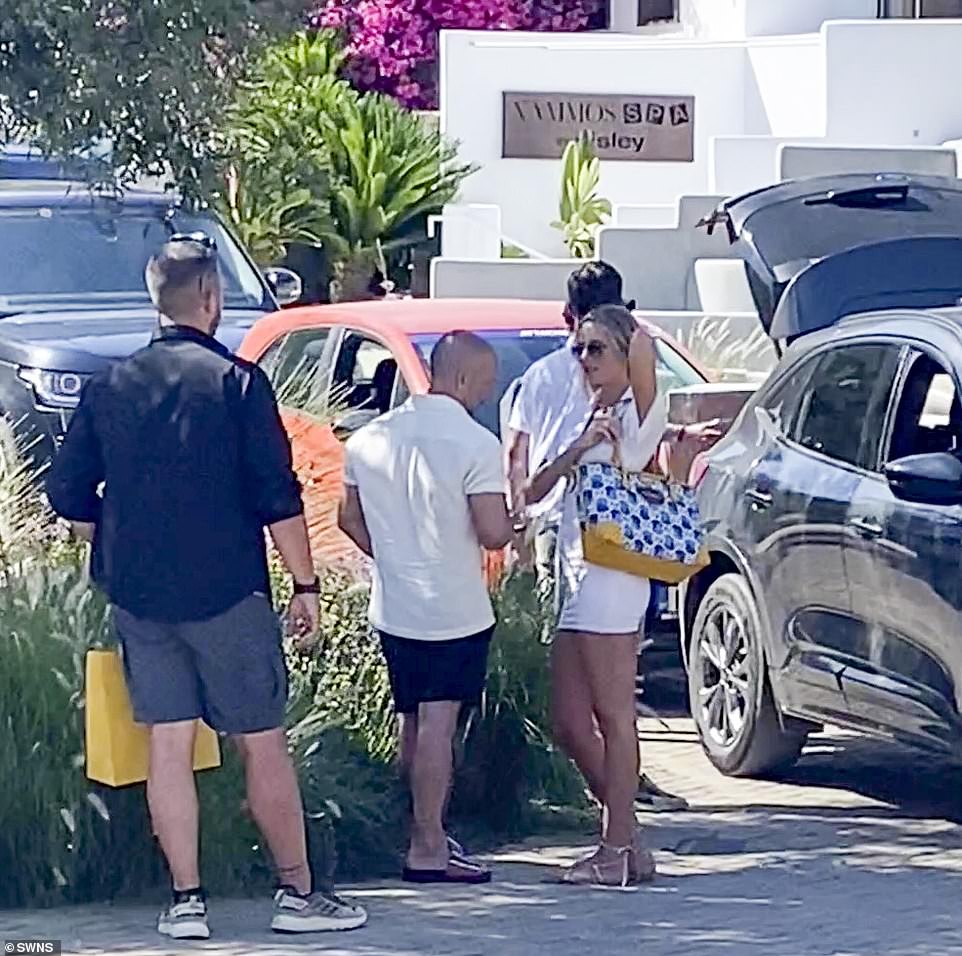 Love is in the air! The couple were enjoying some time together at the Nammos Village shopping center

“I wouldn’t say it’s uncomfortable filming that side,” he said. I never expected that, but I think it was easier with Chrisshell, but it was difficult.

‘I have no plans of filming another relationship… or being in one for that matter,’ he added.

But it seems his mind has changed by the looks of these latest photos.

Jason was last in a five-month long relationship with Chrishell, and their romance and split was all chronicled on the last season of Selling Sunset. 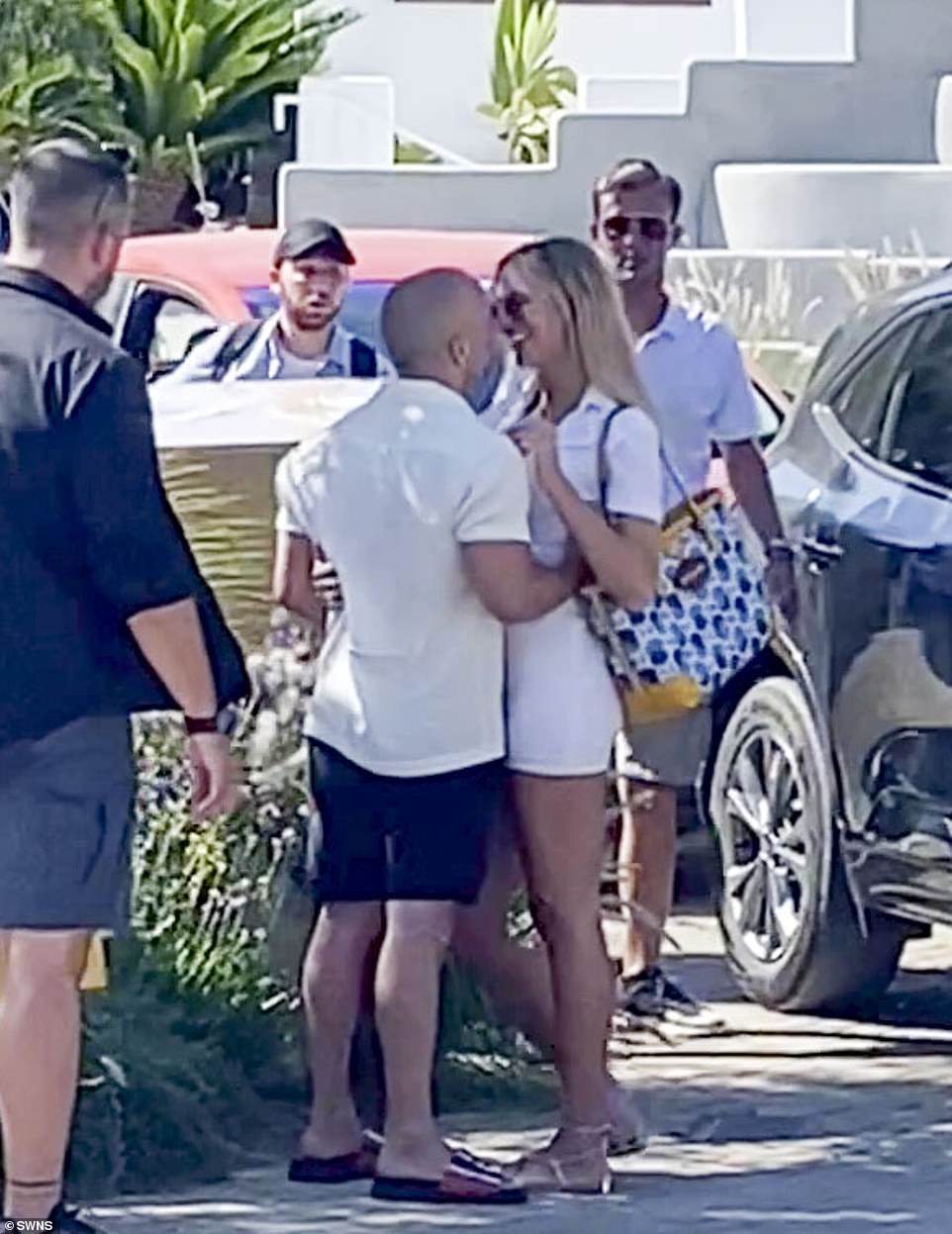 Googly eyes! The mystery woman cast an adoring smile at her beau

The pair dated during season five of the show – a union which shocked many fans – but Jason ended their relationship because he didn’t want children after Chrisshell expressed that she wanted to start a family.

Speaking of their split Jason said on the reunion show while crying: ‘There’s a sadness and loss I think and watching the show made it more difficult, brought it back up.

It’s been a few months but I’m still just going through stuff and I think there was a lot of love between us, and I still care about her very much, this has been a very difficult breakup.

‘I can never think more highly of someone than I do Chrishell she was an amazing girlfriend, and she would be an amazing mom. It’s not that I think I made the wrong decision, it’s just that I had a lot of respect and still have the highest respect for Chrisshell and still love her as much today. It’s difficult.’ 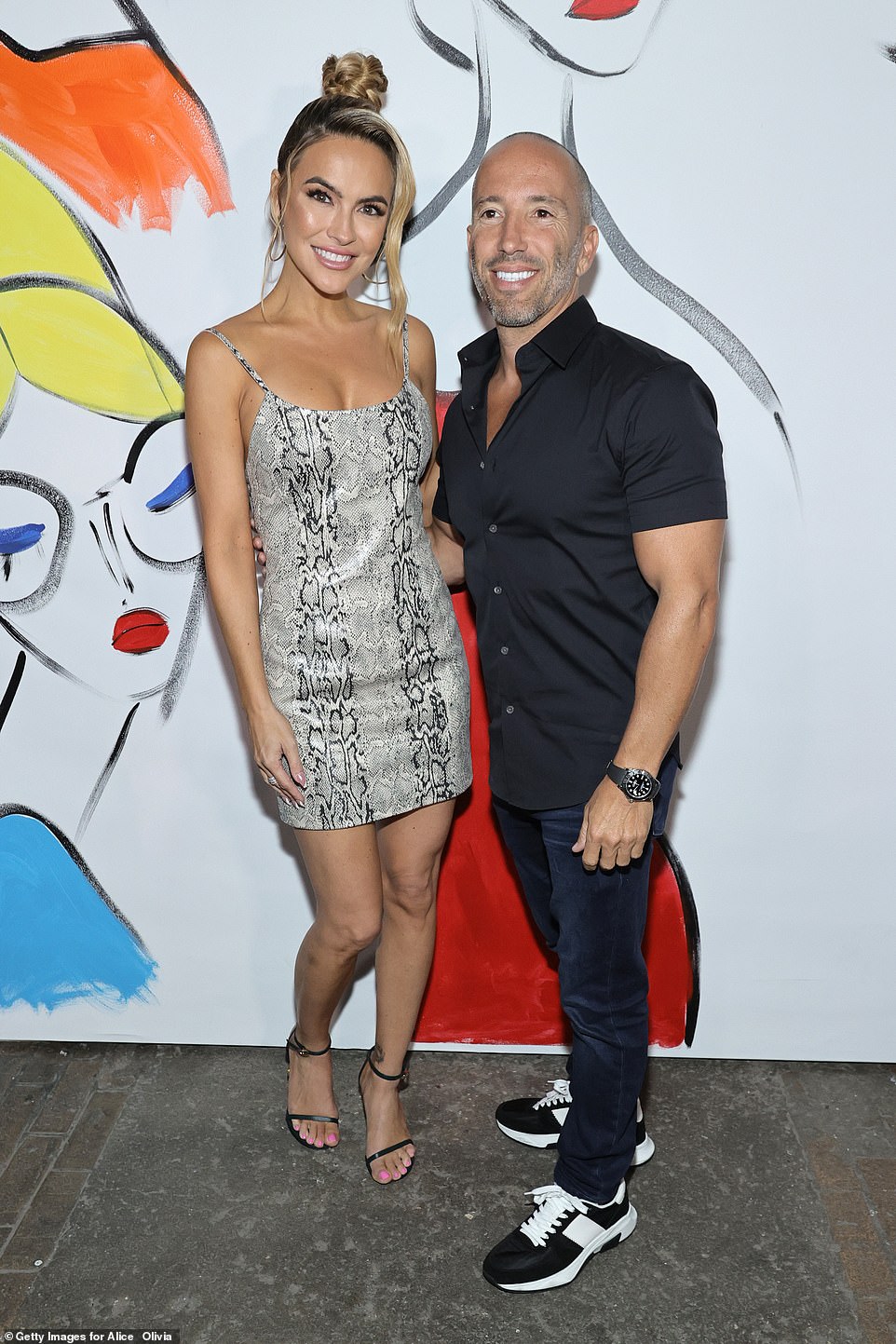 The way they were: Jason was last in a five-month long relationship with Chrishell, and their romance and split was all chronicled on the last season of Selling Sunset 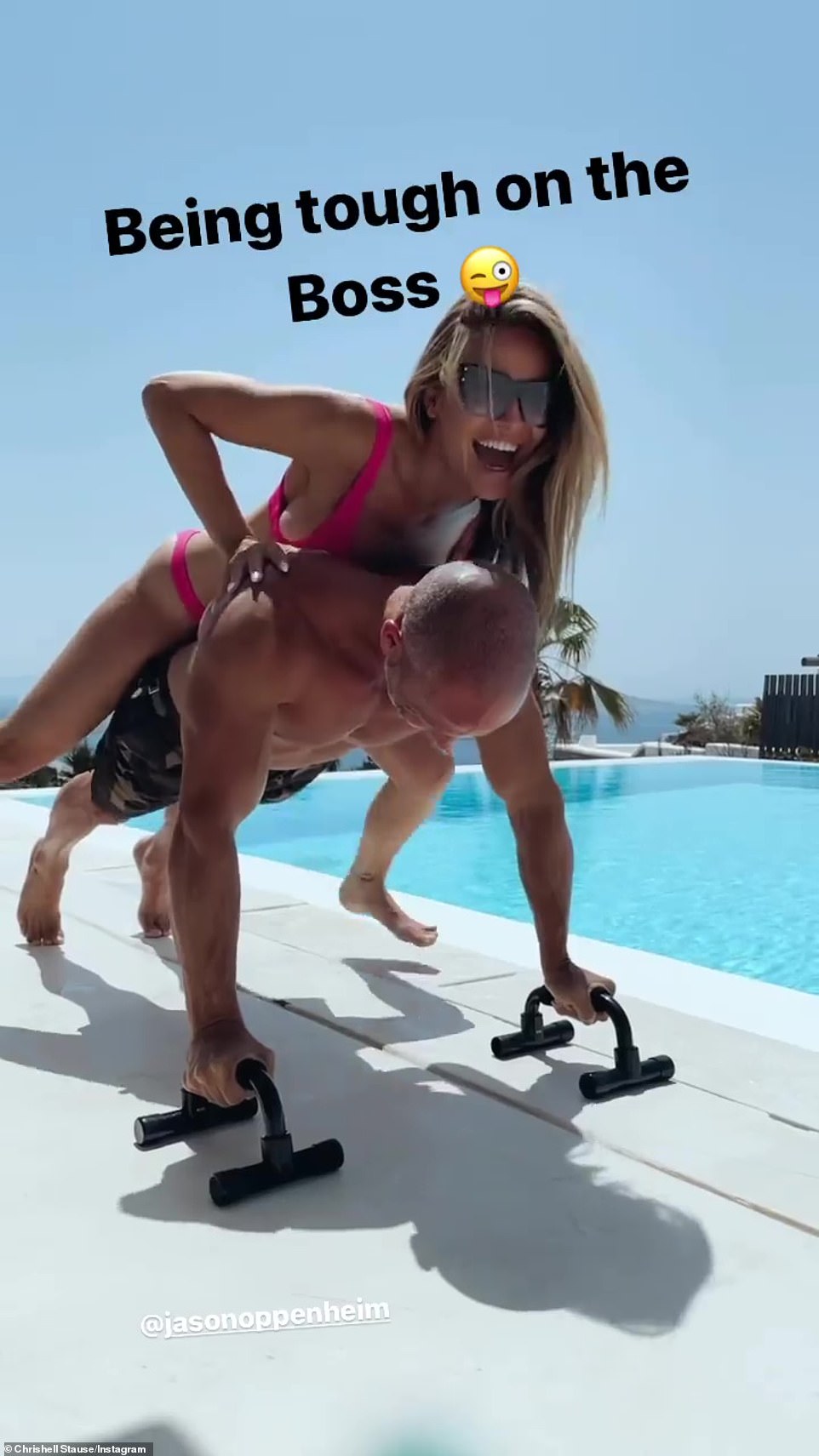 Fun in the sun! Jason also enjoyed a getaway to Greece with his then-girlfriend Chrishell last year

She said: ‘You guys just saw me have this serious relationship, and I hope to have a family, but I’ve also taken off some of the pressure on myself, I’m just kind of enjoying right now and having a lot of fun, and dating.

I recently have been spending a lot of time with someone, their name is G-Flip, they’re non-binary and they are an extremely talented musician and it started because I was just going to be in their video, I love acting and with the job I have I don’t always get to do it.’ 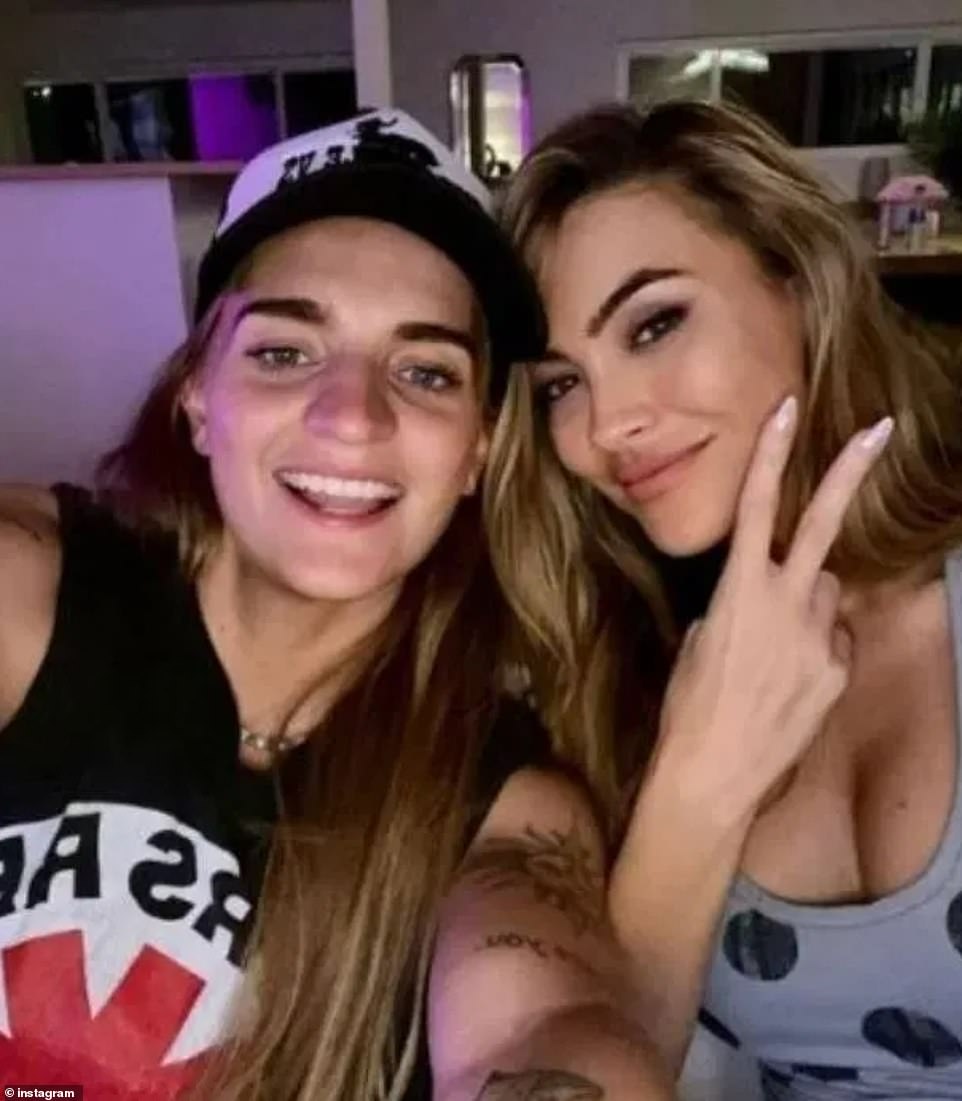 Jason seemed happy for her as he replied: ‘They seem like a badass and the smile that’s been on your face for the last couple of minutes makes me very happy so I’m proud of you.’

Chrishell added: ‘I think I was as surprised for anyone, I’m still attracted to masculine energy and a good human, that’s not me I’m very open to good energy, I don’t know what my future holds, but it is a complicated issue for me to talk about.

‘I know being in this position we get judged constantly but at the end of the day I’m so happy and if that angers someone then that’s not really my problem.’