Revellers enjoyed the balmy weather across the UK last night, ahead of what is predicted to be one of the warmest days of the year so far.

Health warnings have already been issued about this week’s heat wave, which is expected to bring the hottest day of the year and put pressure on water supplies.

People have been warned not to stay in the sun for long periods, particularly parents with their children, and to make sure they are covered in high-factor sun cream.

While a water company revealed that it was already looking at ways to avoid introducing water restrictions for the first time since 1976.

Today, parts of the UK could see temperatures nearing 86F (30C), in London and southeast England it is expected to be hotter than parts of the Maldives with highs of 84.2F (29C).

The heatwave is set to continue with temperatures predicted to soar above 89.6F (32C) on Tuesday, which would make it the hottest day of the year so far.

The highest temperature recorded in the UK so far this year was 90.8F (32.7C) on June 17 in Heathrow, the Met Office said. 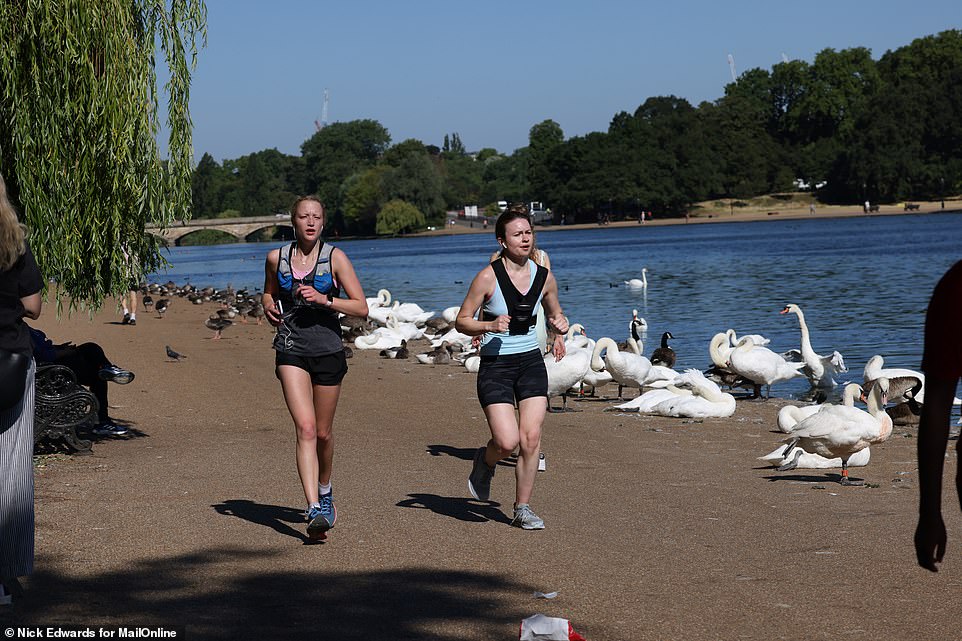 Brits are being urged to prepare for the heatwave coming to Britain. Pictured, Joggers enjoying the sunny weather in Hyde Park this morning 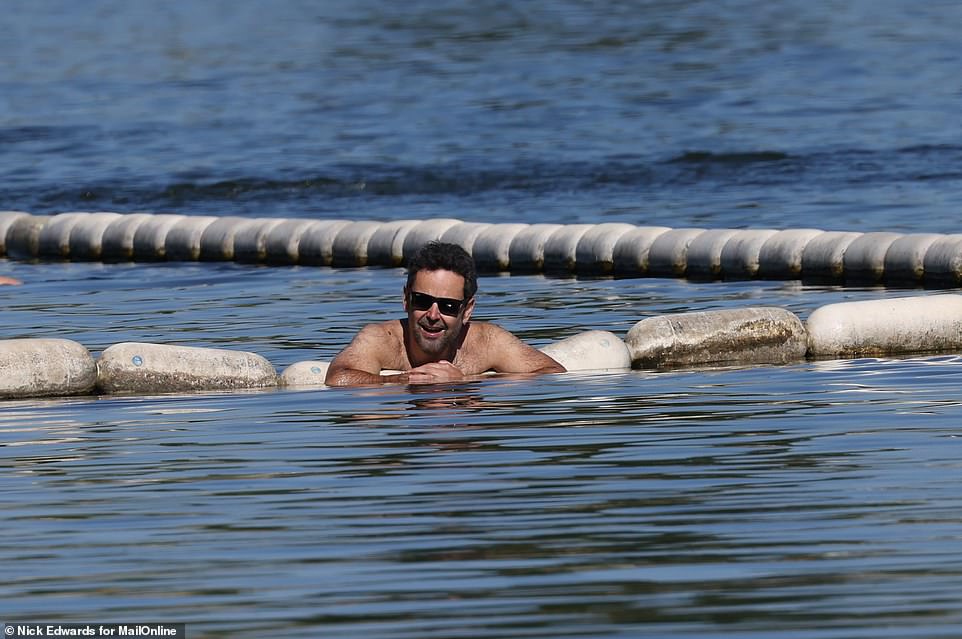 Temperatures are set to hit 29C today in London, while Tuesday is predicted to be the hottest day of the year. Pictured: A man cooling off with a morning swim in Hyde Park 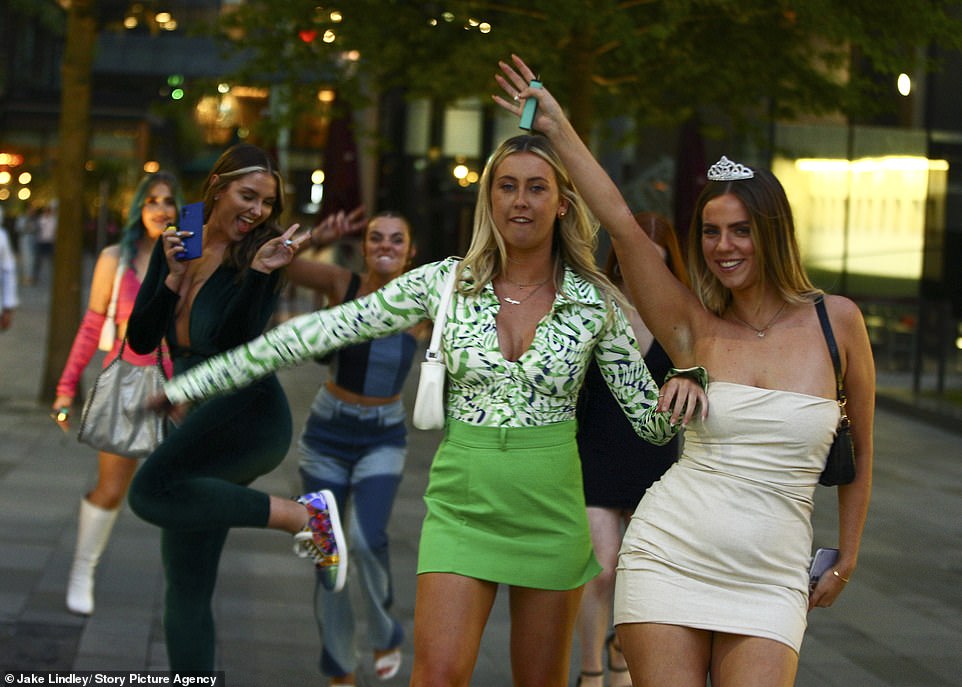 Temperatures could peak at 91.4F (33C) on Tuesday, as a heat wave hits Britain. Pictured: Revellers enjoy the warm temperatures of Saturday night out in Manchester City Center 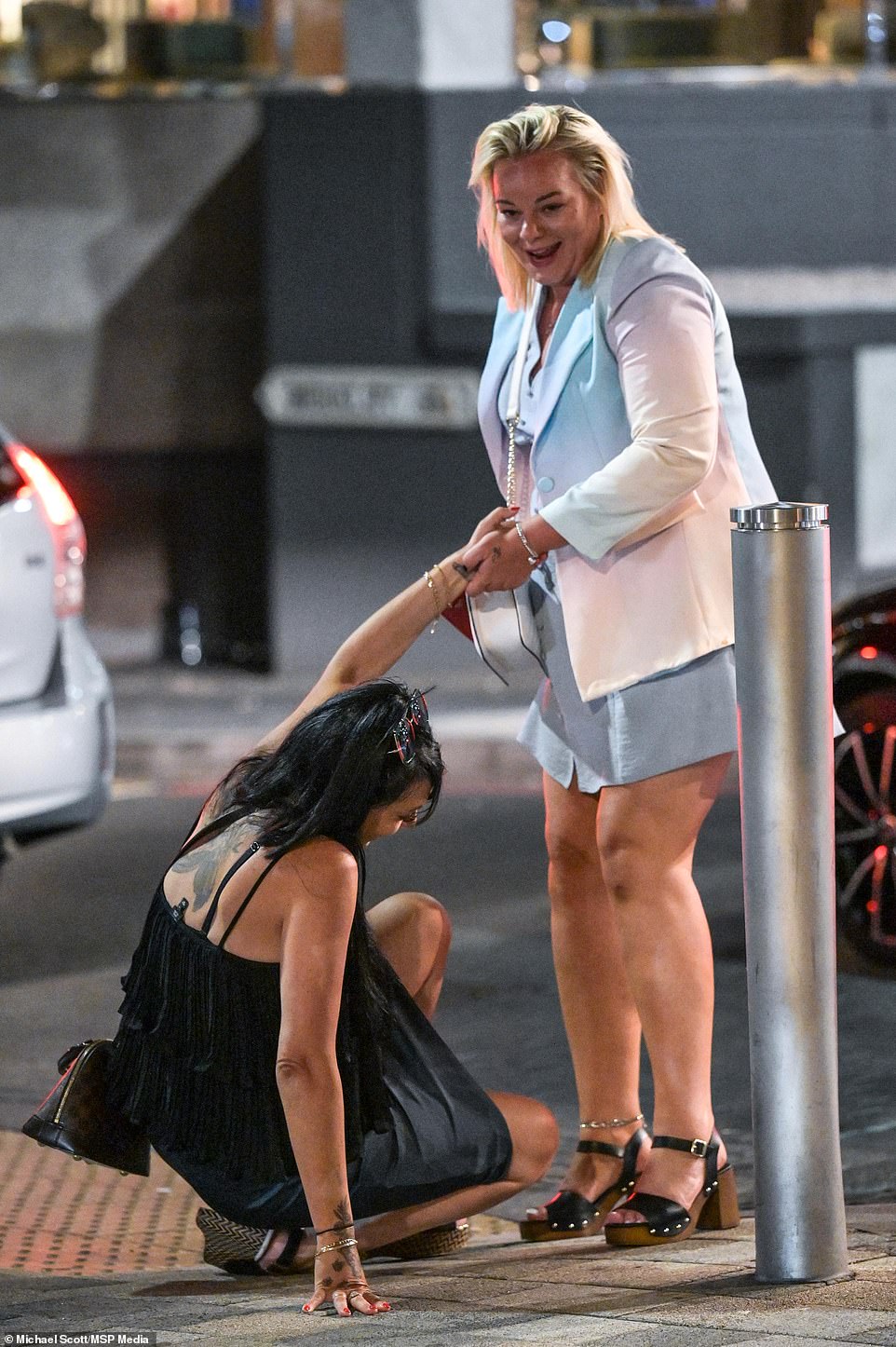 A number of health warnings have been issued as the country plunges into a heat wave. Pictured: Partygoers on Broad Street in Birmingham reveling in the summer heat

The warm weather may affect the intensity of the Men’s Singles final at Wimbeldon today, as the heat will reach a high of 82F (28C) in the area.

The hottest day ever experienced at the tennis tournament was in 2015, when a staggering 96.2F (35.7C) was recorded.

The UK Health Security Agency (UKHSA) and the Met Office have put in place a level 3 alert for the East of England, South East and London with highs of 89F (32C) currently forecast for the next week.

A level 2 alert has been issued for the South West, East Midlands, West Midlands, North West and Yorkshire and the Humber regions.

A level 3 means there is a ‘90% probability’ of the forecasted conditions, while a level 2 alert is issued when there is a ‘high chance’.

The alerts will be in place from 9am on Monday until 9am on Friday. 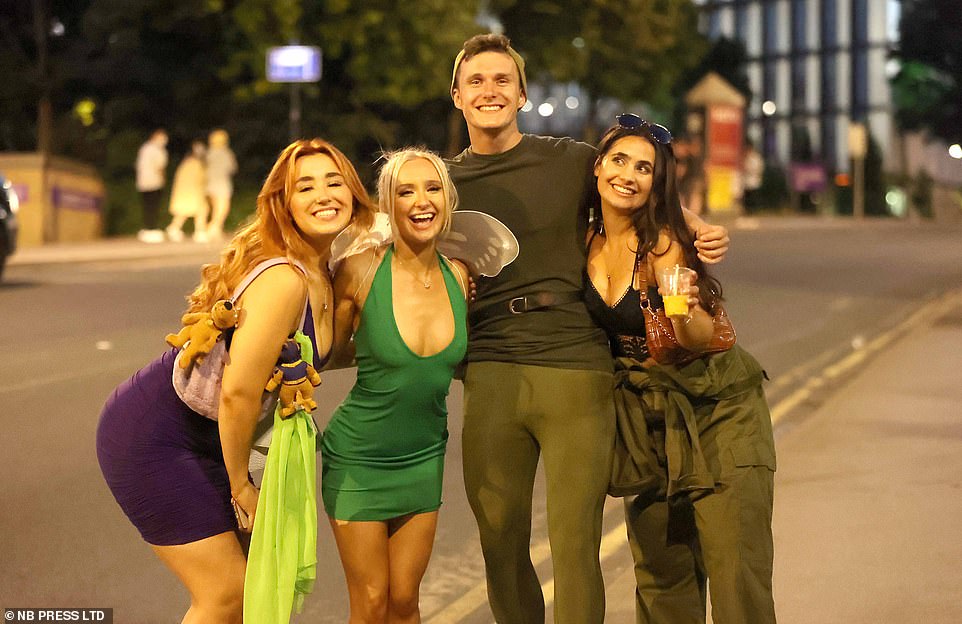 London and south-east England are expected to see highs of 29C today. Pictured: Partygoers in Leeds enjoying the summer heat 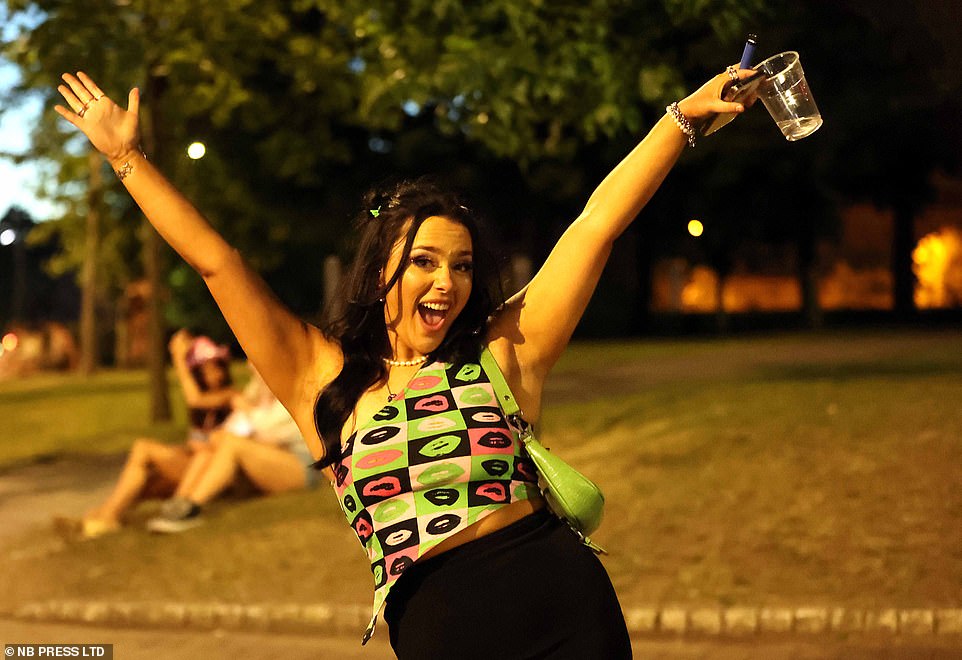 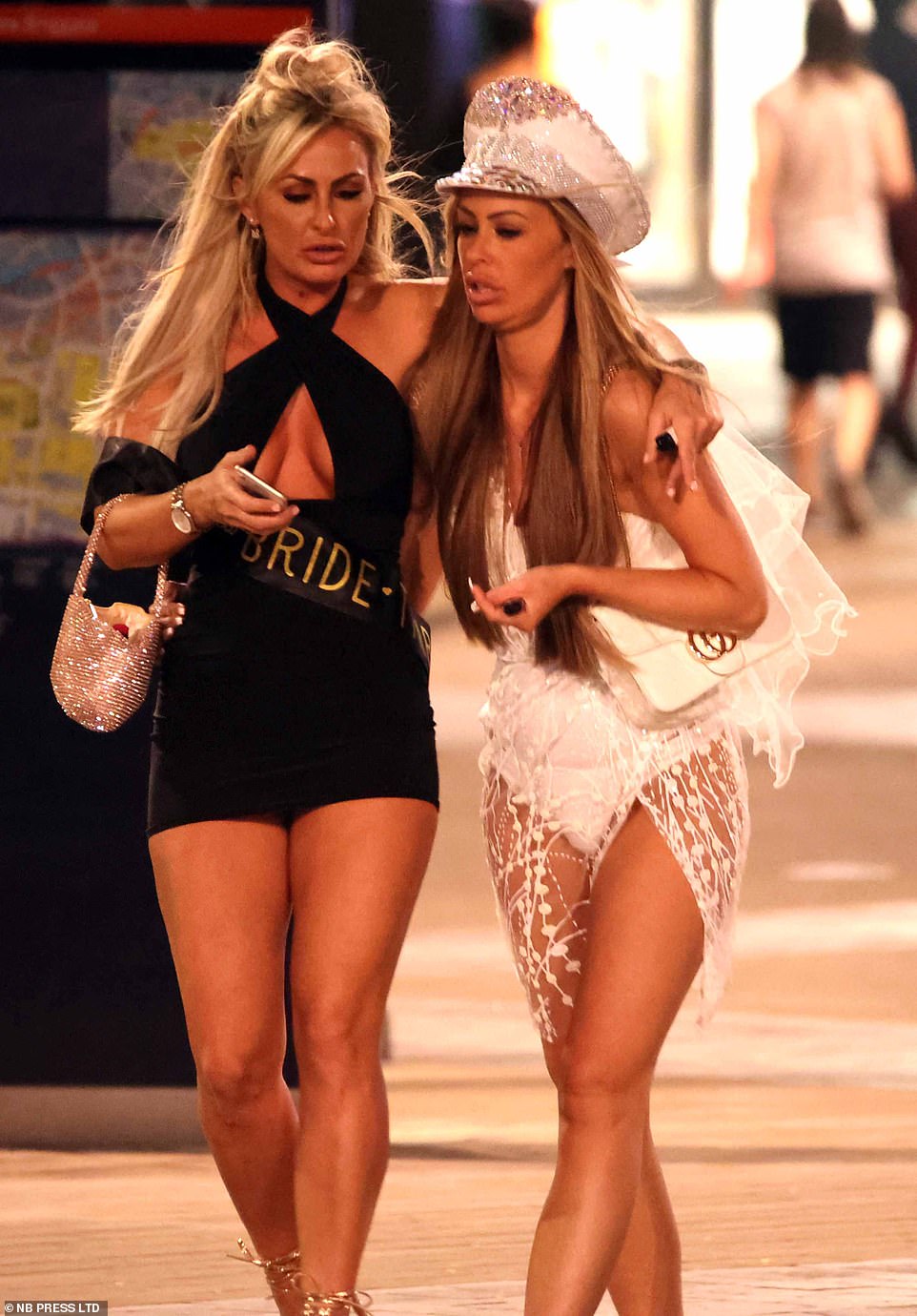 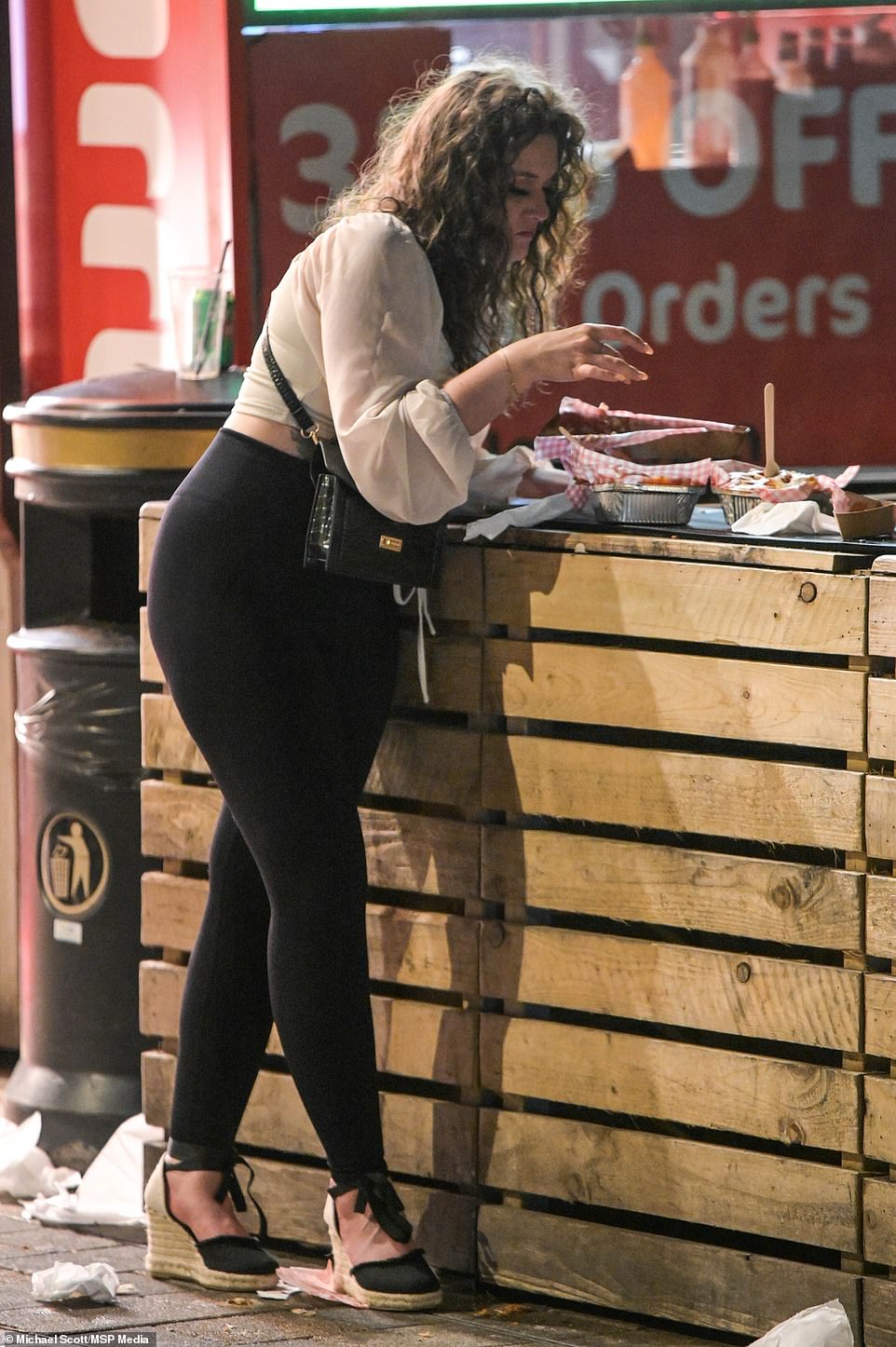 This reveller enjoyed some hot food on her hot night out in Birmingham, where the temperature is set to reach 79F (26C) later this week.

A record-shattering 43C Saharan scorcher could be coming to Britain next weekend, as a long-range weather computer is predicting a ‘Saharan heatwave’.

It predicted that air temperatures could rise to the peak temperature in London, with other areas in the south seeing temperatures in the high 30s to low 40s, likening western Europe to an extension of the Saharan desert.

Long-range forecasting works by ‘modelling’ possible outcomes, with the 43C option being an extreme high.

While unlikely, weather experts said even the fact that it is being suggested as physically possible is a worrying sign. Britain’s current high-temperature record is 101.6F (38.7C) in Cambridge in 2019.

The extreme heat predicted for the upcoming week means that South West Water has called on customers to try to save five liters of water a day to maintain reservoir levels, admitting that pressure on supplies is building.

Lisa Gahan, the director responsible for water resources, said there had been no restrictions in the region since 1976 and ‘if we are careful we can have another year without any restrictions’. 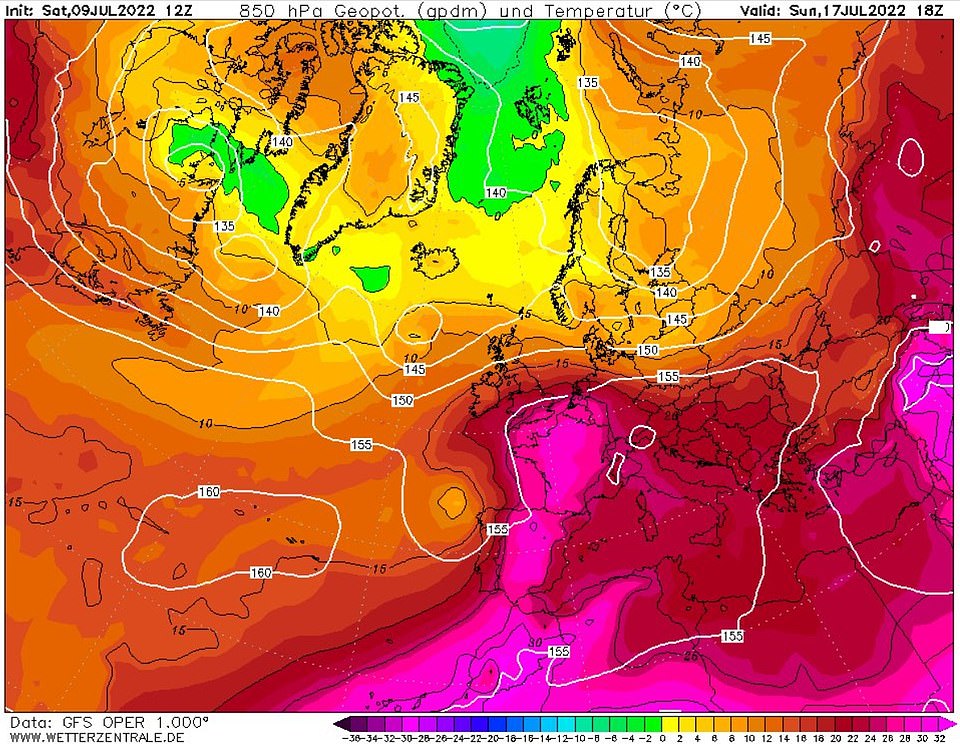 Long-range weather computers have suggested that air temperatures could reach a sweltering 107.6F (42C) next Sunday. 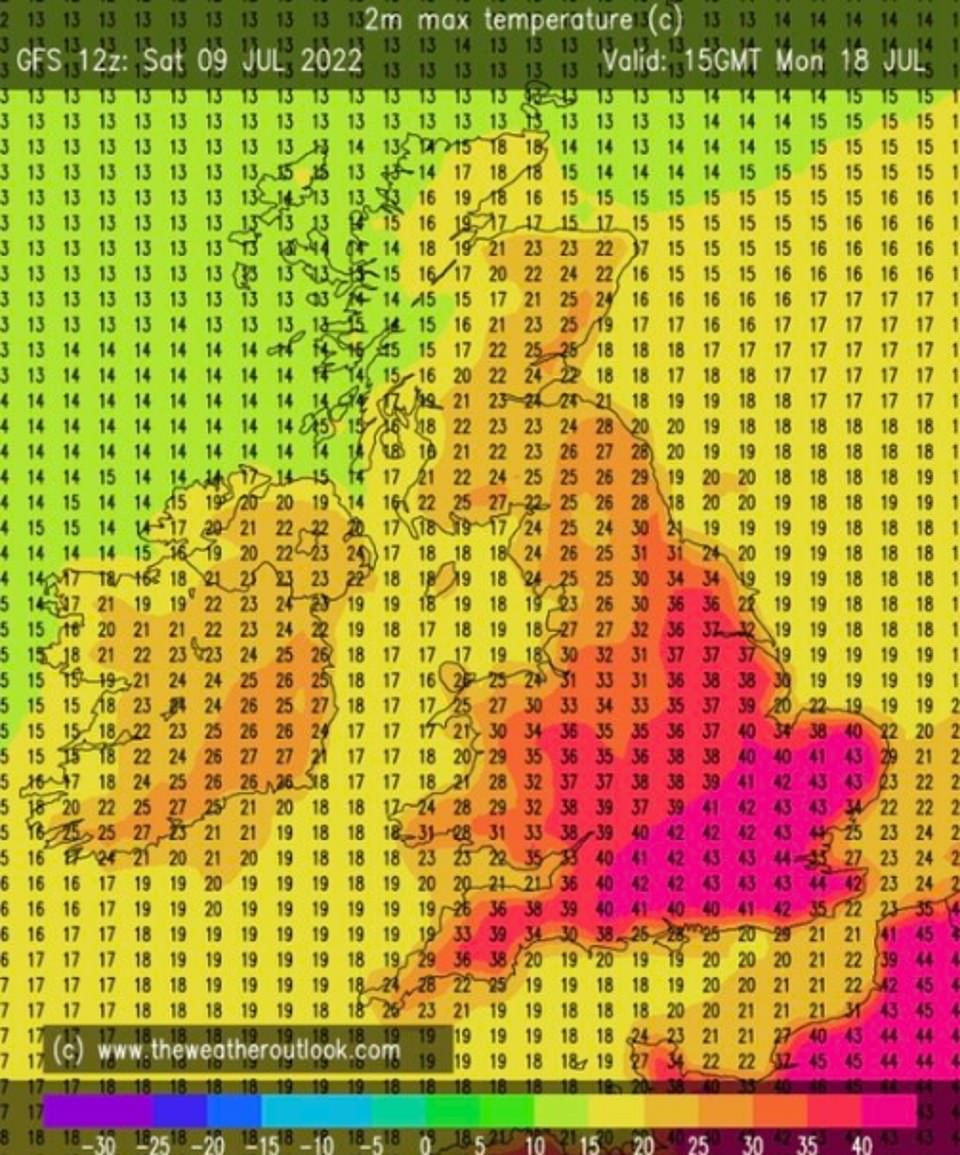 Dr Agostinho Sousa, Head of Extreme Events and Health Protection at UK Health Security Agency, said: ‘We want everyone to enjoy the hot weather when it arrives, but also to check in on their vulnerable family, friends and neighbors to make sure they are prepared for the warm conditions ahead.

‘High temperatures are predicted for a prolonged period, so make sure to follow our simple health advice to beat the heat, such as covering windows exposed to direct sunlight and making sure that fridges, freezers and fans are working properly.’

Sam Hughes, National Water Safety Partner at the RNLI said, urged Brits to stay safe at the coast, when they’re cooling off.

If you are planning on going to the beach, we would encourage you to visit a lifeguarded beach and swim between the red and yellow flags.

If you get into trouble in the water, Float to Live: lean back, use your arms and legs to stay afloat. Control your breathing, then call for help or swim to safety. In a coastal emergency, call 999 or 112 for the Coastguard.’

The Met Office is urging Brits to wear protective sunglasses as UV levels rise alongside temperatures this week.

Forecasters predict that UV levels will peak at level eight, referred to as ‘very high’ for the next three days.

Level eight is the highest level the UK usually reaches, with its peak at lunchtime.

‘UV can damage your eyes just like it damages your skin,’ Greg Dewhurst, Met Office senior meteorologist told the Telegraph.

‘They have to be UV-protective sunglasses – the cheaper ones are usually not.’

He recommended wraparound glasses, as these stop the sun from entering at the side as well.

The NHS advises Brits to choose ‘sunglasses with wraparound lenses or wide arms with the CE Mark and British Standard Mark 12312-1:2013 E’.