A killjoy council has forced a pop-up beach bar to close after they tried to enforce strict rules – including limiting customers to just two alcoholic drinks.

The Hawaiian-themed Beach Hut Bar and Grill was granted a temporary license to open and operate during the busy summer season in Bournemouth, Dorset.

But operators have had to close their doors after council chiefs at Bournemouth, Christchurch and Poole Council imposed a strict set of rules.

The raft of rules included a block on serving stag and hen dos, a ban on any loud music of DJ’s and random spot checks by the ‘nannying’ council.

Customers who just wanted a cold beer or a cocktail while taking in the stunning scenery were not permitted to do so without purchasing food as well.

The venue claim that they had to turn away 70 per cent of punters who wanted to enjoy the scorching sunshine at the temporary bar. 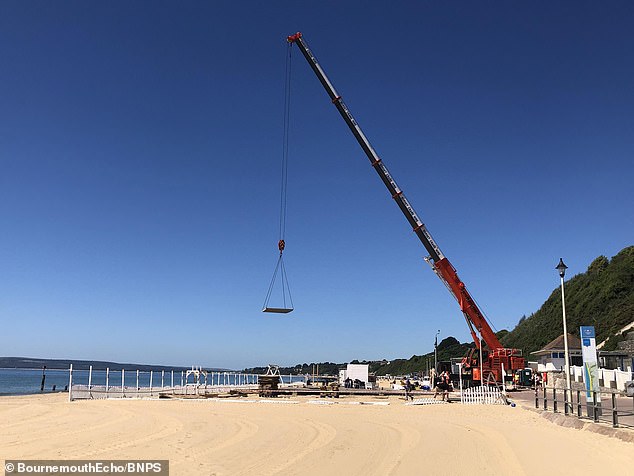 Grouchy council bosses imposed a series of strict rules on the temporary beach bar, including a ban on music or DJing. The team behind the pop-up say they had to turn away 70 per cent of their customers because of the regulations 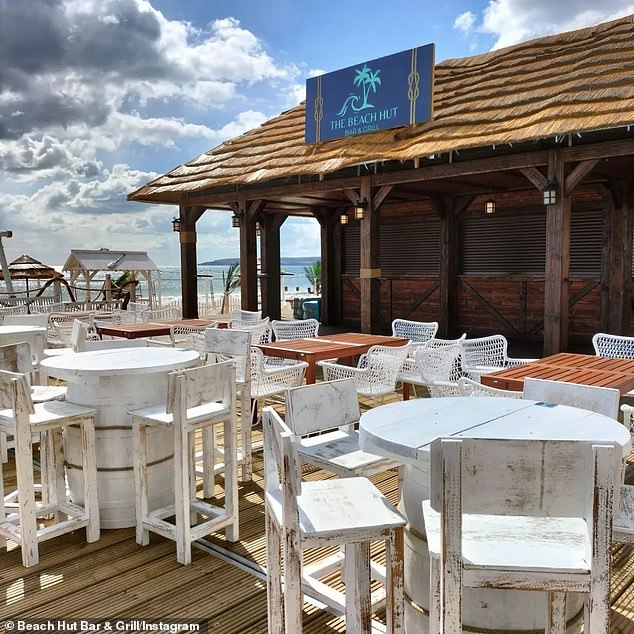 The Beach Hut staff claimed that they had been trying to ‘compromise’ with the BCP council but had no choice but to call last orders on the establishment. Locals have also hit out at council chiefs over the decision, saying they made it ‘tricky’ for the bar to continue 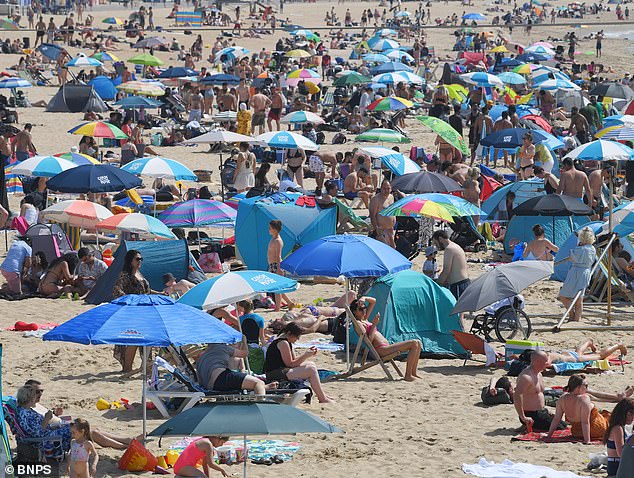 The bar closed just days before the sweltering summer heatwave hit Britain, with dozens of sunseekers flocking to the beach to enjoy the sunshine 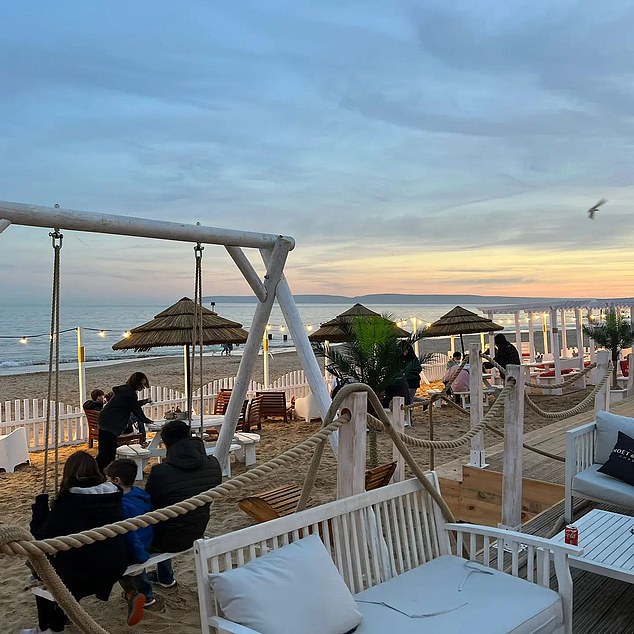 The operators decided to cut their losses and dismantled the pop-up bar and restaurant, which was supposed to run from April until late October this year.

In a statement posted on social media, they said: ‘After weeks of trying to compromise we had no choice but to close.

‘The rules and regulations imposed resulted in a very tough decision.

‘Not being able to accept group bookings, turning away 70 per cent of walk-ups who just wanted a drink and being constantly inspected made our time a real challenge both financially and emotionally as a team.

‘We’re just so disappointed. As a small business we would rather pay the balance and cut our losses than stay and lose money. ‘

The bar closed on Wednesday, which saw highs of 28.2C (82.7F), just days before the scorching summer weather hitting the British Isles.

The Met Office said the UK is ‘still on course to see a 34C somewhere this afternoon’.

Several locals have also hit out at the council for their draconian rules, with the business also receiving negative reviews online because boozers ‘couldn’t get a drink’.

Scott Charlton said: ‘The nanny state is epitomised, it is almost like they make things so tricky intentionally.

Derek McColl added: ‘I see that one of the restrictions was in order to stop excessive drinking, which they appear to have considered would be more than 2 drinks.

‘Who did they think the customers would be, 12 year olds?’ 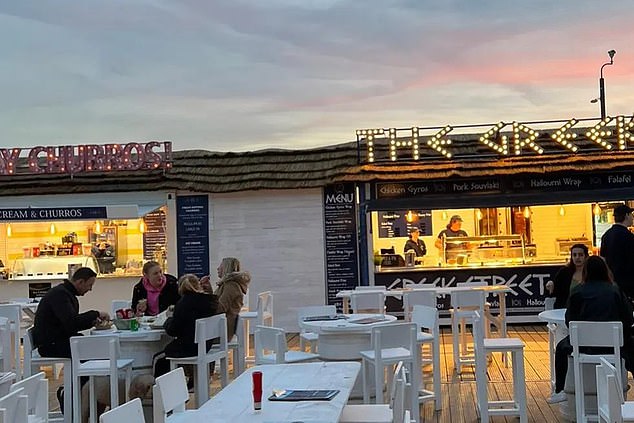 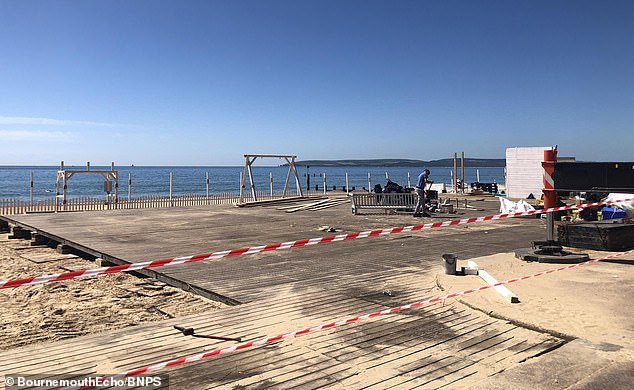 The majority of the beach structure has already been removed just days after those in charge of the pop up bar decided to cut their losses. Cranes and HGV’s were on the scene to take away the furniture and hut 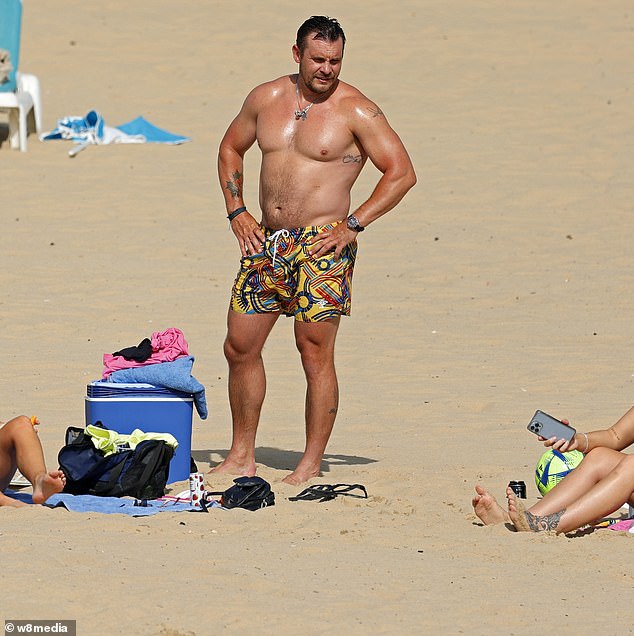 Sunseekers were not allowed to purchase a drink without food from the beach bar. Pictured: People sit on the sand on Bournemouth beach in Dorset this morning on what will be the hottest day of the year 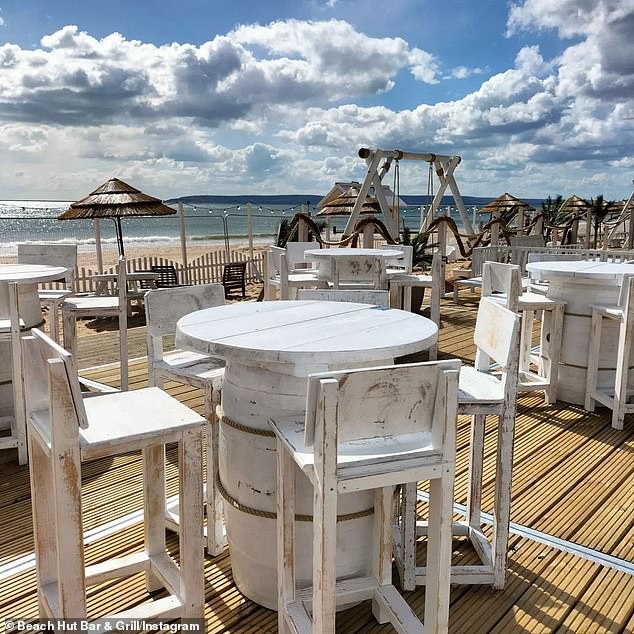 BCP council claims that they attempted to work with the vendors, and put the rules in place because residents reportedly wanted beach restaurants rather than bars. They also banned customers from having more than two drinks at the Hawaiian-style bar

Councillor Beverley Dunlop said: ‘As part of our efforts to make the award-winning seafront even more vibrant, we have engaged through an open tender with several operators to run a series of new attractions on the beach.

‘Local people expressed a preference for beach restaurants, rather than beach bars, and we have been very careful to ensure that these new venues have food as their main offer.

‘It is unfortunate the operators of the Beach Hut Bar & Grill have made the decision to cease trading.

‘We were working with the operator to encourage them to remain on site, however we wish them all the best in wherever they should choose to do business in the future.

‘We believe this location provides a great opportunity to create a beach restaurant with a fresh new food offering, and it will continue to play an important part in the exciting offerings available across our world-class seafront.’