Supporters of Penny Mordaunt were today insisting the Tory leadership hopeful is a ‘liberty lioness’ and ‘no woke warrior’ as they looked to get her campaign back on track after early stumbles.

The international trade minister ended months of speculation about her political ambitions this weekend by formally entering the wide-open race to replace Boris Johnson.

But Ms Mordaunt’s hopes of becoming prime minister were dealt early blows after she was branded ‘a committed warrior for the trans lobby’ and was forced to quickly edit her campaign launch video.

The 49-year-old has been targeted by critics over her stance that ‘trans women are women’, while a three-minute video launching her ‘PM 4 PM’ bid initially included footage of the killer Oscar Pistorius. 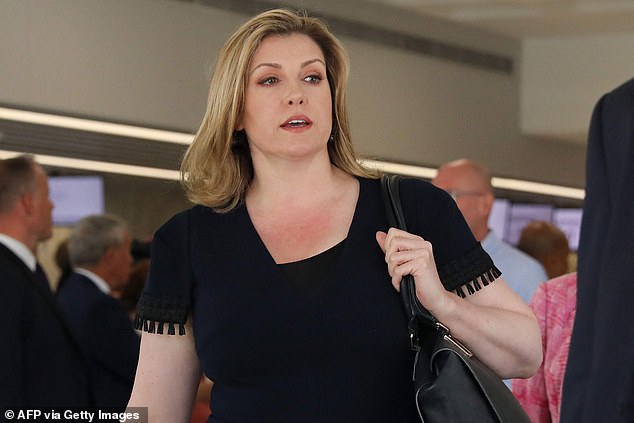 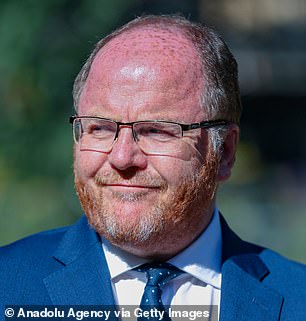 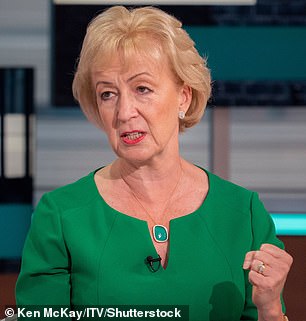 George Freeman, the former science minister and a key supporter of Ms. Mordaunt, this morning pushed back against the attacks on her candidacy.

He insisted that Ms Mordaunt’s stance on trans rights were ‘not the most important thing’ as he hailed her as a ‘conviction Brexiteer’ and a ‘one-nation Conservative’ with a ‘pretty moving backstory’.

‘She was equalities minister in the last government and feels very strongly, as I do, that conservatism should be generous,’ Mr. Freeman told Times Radio.

When it comes to gender, she has been absolutely clear that a woman is a woman.

‘Women need to know that their gender is sacred in law and protected. And she made that clear.

‘I’m afraid people are using this as a weapon to attack, I think it’s pretty unreasonable.’

Mr Freeman pointed to Ms Mordaunt’s ‘very, very clear statement’ setting out her views and said she had received ‘strong support from a number of women campaigners’.

‘Penny Mordaunt is no woke warrior, she’s more of a liberty lioness,’ he added.

‘We do need to be a party of freedom and of security and getting the balance between those two rights is something I think Penny has in her DNA.’ 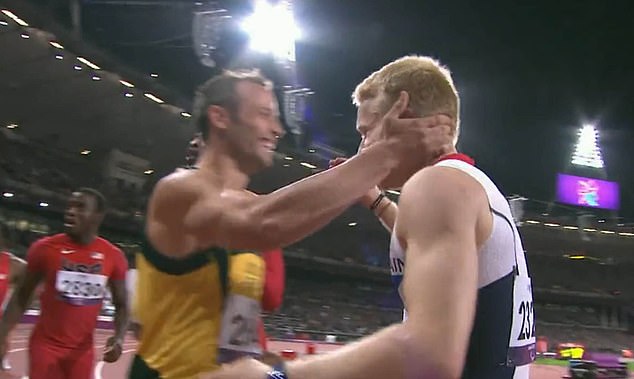 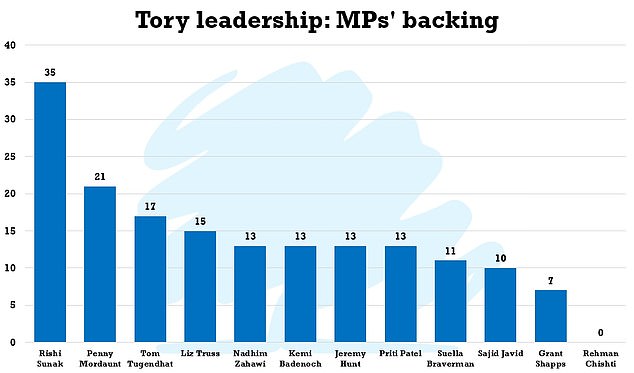 How will the Tory leadership contest happen? Rules will be set TODAY by the powerful 1922 committee

The race to replace Boris Johnson as Tory leader – and consequently as PM – is getting under way in earnest this week.

But the first issue will be setting the exact rules for the contest.

The powerful backbench 1922 committee is due to elect its new executive this afternoon.

And the body’s first duty will then be to decide on how to conduct the leadership race – with the details expected to be confirmed tonight.

Under the existing template, any candidate can appear on the ballot as long as they are nominated by eight MPs.

That would avoid a ‘grand national’ style field, with more than a dozen politicians seriously considering a tilt at the top job.

Hopefuls who failed to get support from 10 percent of Tory benches – 36 MPs – in the first round of the ballot could also be excluded.

MPs expect that they will start voting on the candidates on Thursday, after a brief spell of hustings at Parliament and some intense lobbying in the tea room and corridors.

The normal format is for the lowest-scoring candidate to be ejected after each round – but in reality when they see which way the wind is blowing others also pull out.

Deals are frequently done to throw support behind other hopefuls, as happened when Matt Hancock opted to withdraw and support Mr. Johnson in 2019.

Sir Graham Brady, the 1922 committee chair, is determined that the numbers will be whittled down to a final two by the time the Commons goes into recess on July 21.

This pair is then expected to go head to head in a national vote of the Tory membership.

Hustings events will be hosted in each region during August, with a postal ballot.

The winner should be announced in time for the return of Parliament at the beginning of September.

At this point the new leader will be able to command a majority in the House of Commons – and the Queen will invite them to take over as PM.

Yesterday, Ms. Mordaunt issued a series of Twitter posts hitting back at attacks on her trans stance.

The Royal Navy reservist stressed there was a difference between ‘biological women’ and those who are ‘legally female’, as she pointed to how she had ‘fought for women’s rights all my life’.

Yet, while Ms Mordaunt was looking to move on from one row, she suffered a further blow when her campaign launch video was revealed to include footage of Pistorius at the 2012 Paralympics – two years before he was convicted of killing his girlfriend Reeva Steenkamp.

She then suffered another knock after Team GB Paralympian Jonnie Peacock – who also featured in the footage within the video – asked to be removed.

Both men have now been edited out of the three-minute clip.

Mr Freeman insisted the video had not been ‘rushed through’ adding: ‘These things happen. i think one person had said they were happy but it wasn’t in writing and then changed their mind.’

Another of Ms. Mordaunt’s supporters, ex-Cabinet minister Andrea Leadsom, issued a plea for rival Tory camps to cool temperatures in the battle for Number 10.

She hit out at those who ‘just assert something that may have very, very little bearing on reality’ as she acknowledged how ‘mud sticks’.

Dame Andrea was the final contender to Theresa May in the 2016 Tory leadership contest before she dropped out amid a row over her comments about motherhood in a newspaper interview.

She told ITV’s Good Morning Britain: ‘I think all colleagues should bear in mind we need to bring our party together at the end of this.’

Ms Mordaunt has been given a boost in her bid for Tory leadership when she was backed by the FairFuelUK campaign.

She has promised an immediate 50 percent cut in VAT on fuel, which she claimed would knock £10 off the price of filling up at the pumps for the average family car.

The Portsmouth North MP first declared that ‘trans women are women’ in a 2018 interview with the PinkNews website.

Ms Mordaunt repeated that stance from the House of Commons’ dispatch box in March last year, when she told MPs: ‘Trans men are men and trans women are women.’

With the 49-year-old now tipped to do well in the Tory leadership race, there has been renewed scrutiny of her past comments on trans issues.

The subject could become a key debating point in the race to become Mr Johnson’s successor, with other contenders – such as Foreign Secretary Liz Truss and current equalities minister Kemi Badenoch – also having made major interventions into Government policy on the issue.

And the campaign group Conservatives for Women (CfW) also hit out at her ‘staunch views about trans rights’.

A spokesperson said: ‘She has always been a committed warrior for the trans lobby.

‘Her promotion of mantras and failure to see how this may cause enormous harm to women’s rights and children raises questions about her judgment.’

With the row over her stance on trans rights threatening to derail her bid to become Tory leader, Ms Mordaunt launched an angry counterattack.

She posted on Twitter: ‘I hope in the next few days we’ll be able to discuss how we get our economy growing again and enable our citizens to live well. Right now, I’d like to address another question that I’ve been asked: Do I know what a woman is?