A family of five murdered by a convicted killer on the run from Texan police have been named and pictured, after the shocking prison escape and its terrible conclusion.

Mark Collins, 66, was staying in a remote rural cabin with his four grandsons when he was discovered by the convict on the run, Gonzalo Lopez, 46.

He then stole their car and AR-15, and drove off, eventually dying in a shootout with police.

Waylon graduated from high school last week, according to the grandfather’s brother-in-law, who posted on Facebook about the murder.

He described the loss of his family members as ‘unbearable.’

The moment that Lopez – a convicted murderer and Mexican mafia member- made his dramatic escape from a prison bus on May 12 was captured on a cellphone by a local resident.

Lopez can be seen in the clip running into a wooded area.

The video was shot by fourth grader Braxton Tieperman who was in the car with his mother, Melanie, when the crash happened in Leon County, Texas.

Braxton can be heard saying: ‘Yo, we saw the inmate! What the heck? ‘

Melanie Tieperman later told KAGS TV: ‘There was an inmate in a white suit that was out of the bus, jumped the fence he then ran up the hill and into the woods.

‘The Jewett police officer was there and he didn’t try to pursue the inmate.’ 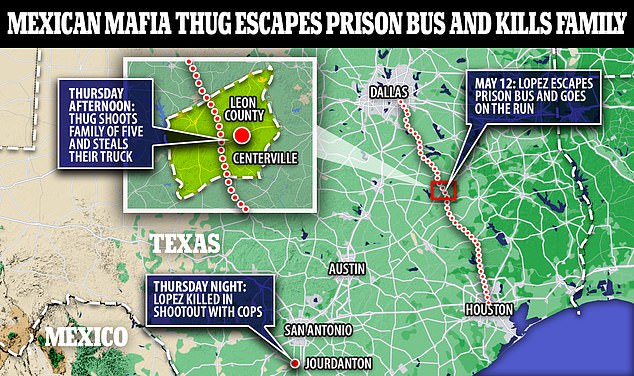 Lopez had been the subject of an intensive search since his escape. He was shot dead by officers in Jourdantown, Texas, on June 2

At one point of the video, it appears as if Lopez is running towards a house.

Braxton remarks: ‘Whoever is in that house might want to be careful.’

He was reportedly being transported in a caged section of the prison bus for a medical appointment.

Authorities say he freed himself from his restraints, stabbed the bus driver and hijacked bus.

After crashing the bus in a cow pasture and escaping into the woods, Lopez killed Collins and the children in their cabin.

Police were first alerted by a relative that the Centerville man was not answering calls. 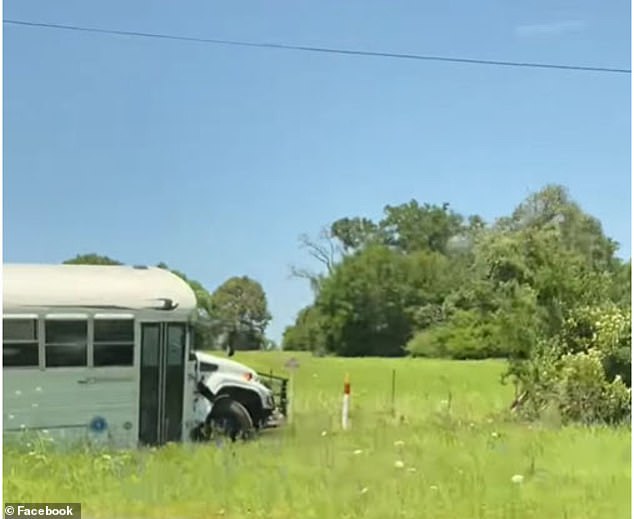 The crashed prison bus that Lopez was traveling in 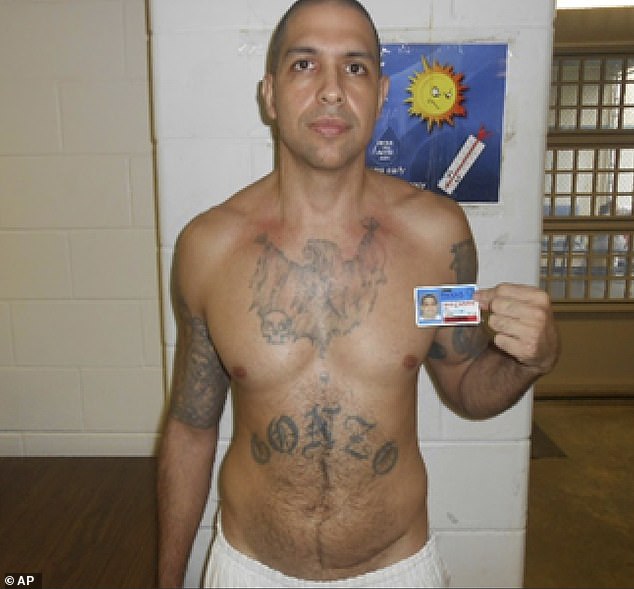 Lopez was serving two consecutive life sentences when he escaped 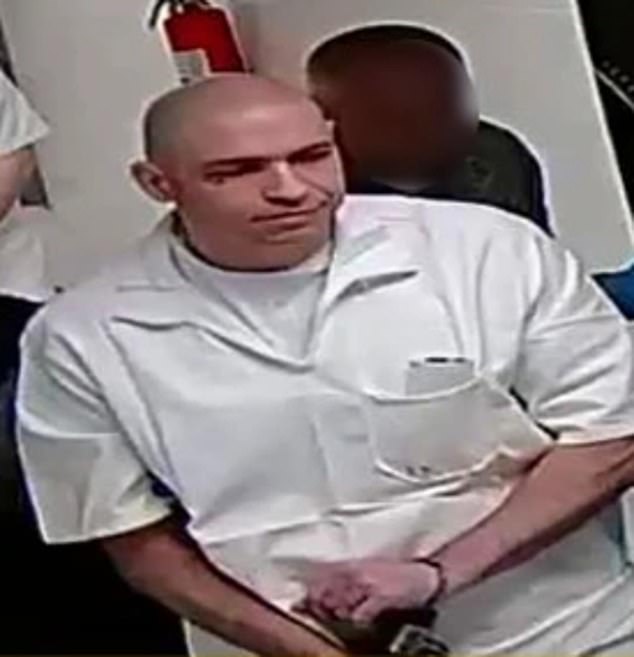 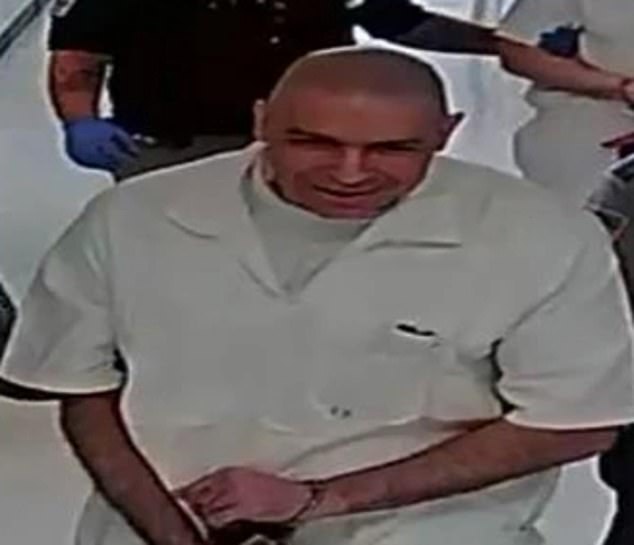 That led officers to a rural cabin near Centerville in Leon County, in the same area where Lopez had escaped the bus.

The family’s 1999 Chevrolet Silverado pickup was stolen by Lopez.

Authorities in Atascosa County – about 220 miles southwest of the cabin – spotted the stolen pickup late Thursday evening and followed it, staying behind so as not to alert him of their presence, said Sheriff David Soward.

Officers with Jourdanton police then used spike strips to flatten the truck’s tires.

Lopez was still able to keep driving and stick his rifle out the window and fire several shots at officers before he hit two telephone poles and a fence, Soward said.

‘He exited his truck. He fired additional rounds. At least four officers returned fire at the suspect, ‘Soward said.

When Lopez was shot and killed, he had an AR-15-style rifle and a pistol that authorities say may have been taken from the cabin, said Jason Clark, spokesman for the Texas Department of Criminal Justice. 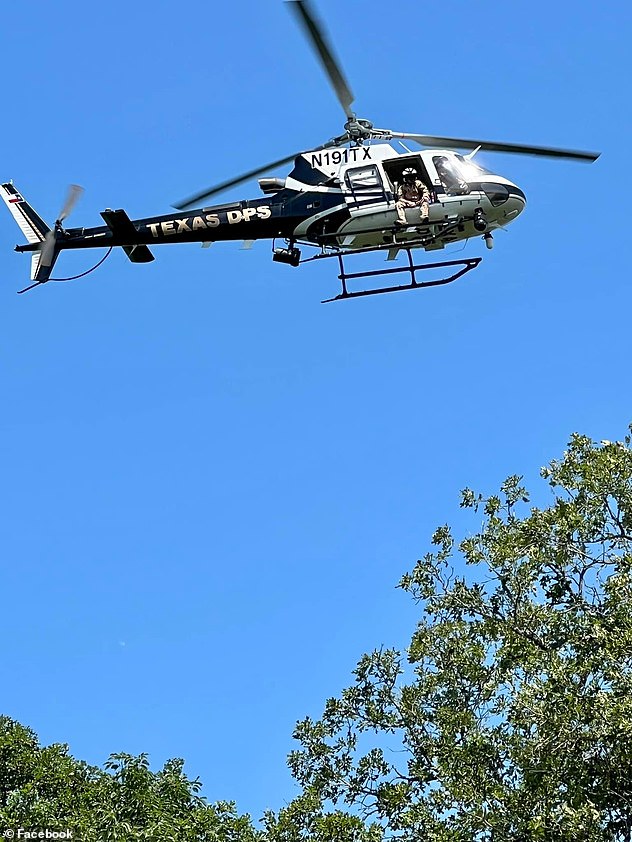 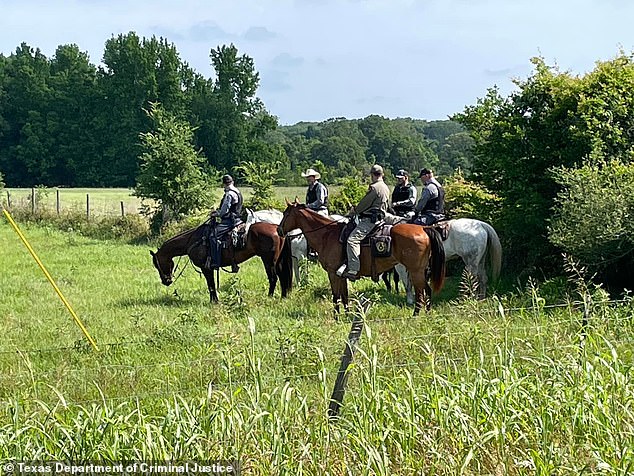 ‘We are very saddened that the murders happened, but I will tell you that we are breathing a sigh of relief that Lopez will not be able to hurt anybody else,’ Clark said.

Clark said ‘a serious incident review’ into the escape will be conducted.

‘It’s incumbent upon us to go backwards to figure out how did he escape, how did he beat our security protocols in order to leave that transport vehicle,’ Clark said.

Hurst said that Lopez had previously escaped in Webb County, Texas, where he hid out for nine days before being recaptured, reports CBS News.

Lopez was being transported from a prison in Gatesville to one in Huntsville for a medical appointment, the Texas Department of Criminal Justice has said. 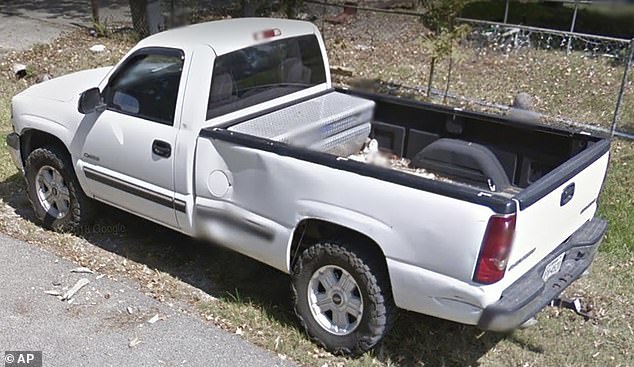 He escaped in Leon County, a rural area between Dallas and Houston, that’s more than 100 miles east of Gatesville.

According to the US Marshal’s service, Lopez was associated with the Mexican mafia.

Officials were offering $ 50,000 for information that led to his arrest.

Lopez had a lengthy criminal record that included a conviction in 1996 for two-counts of aggravated assault.

Lopez would have been up for a password in April 2045. 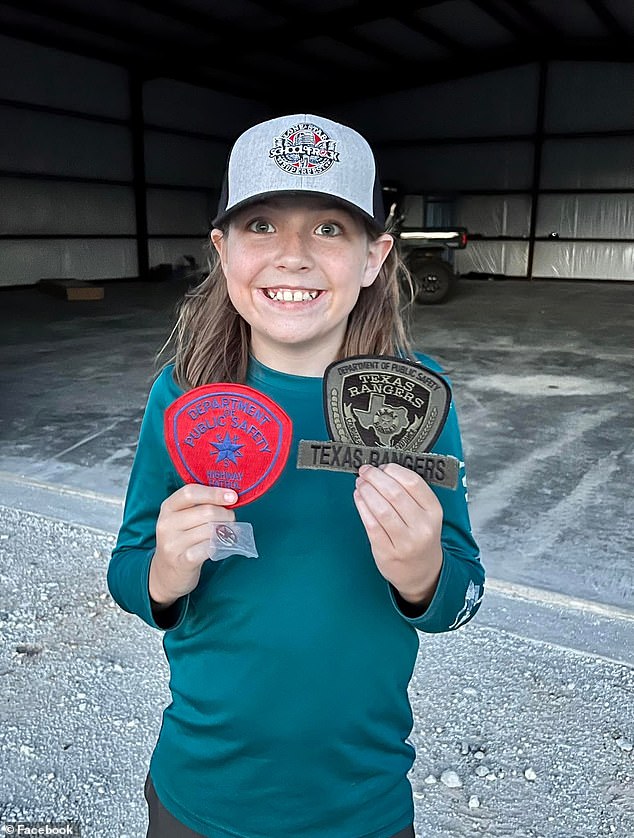 Texas Ranger John T. Vance sent a letter to Braxton Tieperman to thank him for his role in directing officers to where he had seen Lopez running from the prison bus.

Vance wrote in part: ‘The state of Texas needs more young citizens who stand in the gap and help us do our job of protecting the citizens of Texas against evil.’

He added: ‘After graduating high school, I hope consider joining me in protecting the State of Texas.’