Paul Merson has spoken of his endless fight with gambling addiction revealing that his wife checks his phone every day and gives him pocket money.

The former Arsenal and England player says he cannot trust himself to be around money after years of struggle, which has seen him blow £7 million of earnings.

And while he has tackled his dependence on alcohol, Merson, 54, says it is gambling that requires a ‘constant battle every day’ and means his wife now looks after all the money. 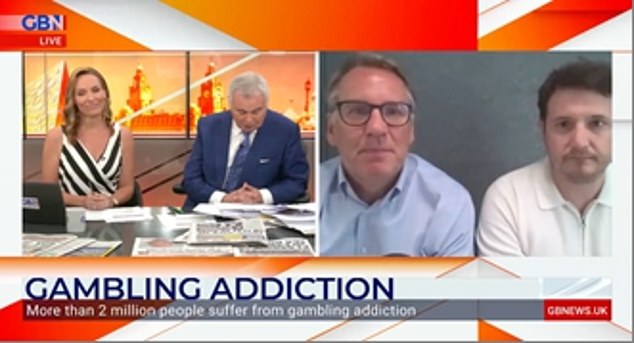 Speaking to Eamonn Holmes and Isabel Webster on GB News, Merson said: ‘You don’t have to put anything in you if you want to get high or get drunk, it’s already in you. With gambling I find it’s a constant battle every day.

It gets better, of course it does, but I do have my days.

It’s sad what happened but I was ill, and that’s the thing that I’ve come to understand. I’m an ill person trying to get well. I’m not a bad person or a weak person failing everyday of my life, I was an ill person who needed to get well very quickly.’

Last year, Merson, who also played for Aston Villa, Portsmouth, Walsall and Middlesbrough, broke down in tears on Good Morning Britain after recalling his struggles with gambling, which resurfaced during lockdown as a result of the Covid pandemic. 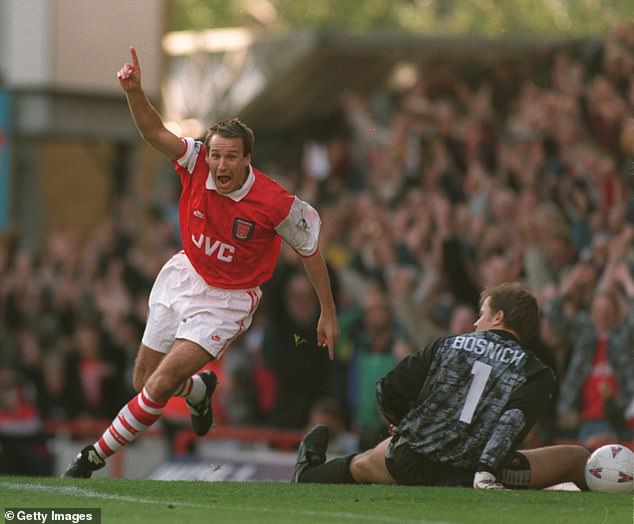 Merson scored 86 goals in 369 appearances for Arsenal and was capped 21 times by England. 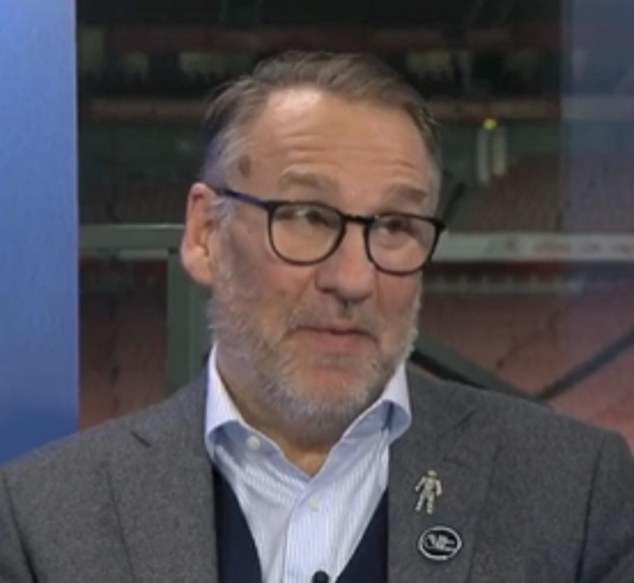 Merson became visibly emotional in the studio when presenter Susanna Reid read out an extract from his memoir, Hooked. In the harrowing passage, Merson pleaded for help with his problem, even saying ‘God help me’ as he looked to overcome his demons.

He revealed then that he had blown the deposit he had saved to buy his family a house as a result of gambling. Since he was a teenager, gambling has afflicted Merson, and in his own account, cost him ‘houses, cars, marriages, my entire pension and my self-respect.’

Merson, who placed his first bet at 16 and blew all of his first month’s wages at Arsenal in 10 minutes at William Hill, said today he now surrounded himself with a network of similar individuals that has been instrumental in his journey.

“I need to be around recovering addicts, recovering alcoholics, gamblers and drug addicts,” he said. They’re the people who understand me. If I talk to those people in recovery, they’re nodding. Nobody is ever there shaking their head thinking ‘Oh my God, what did you really do that?’ or ‘you lost all that’ or ‘you did that’. It’s being around the right people.’ 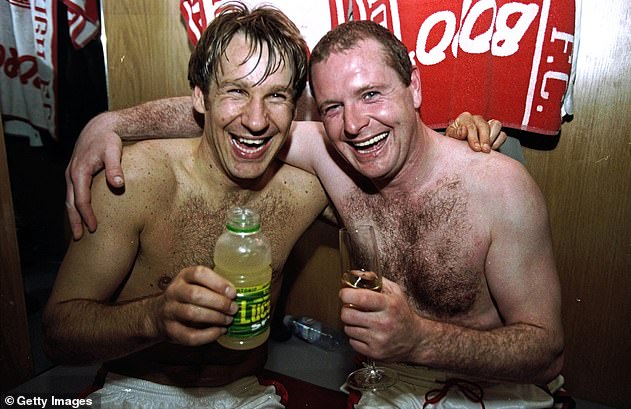 Merson, who starred in a BBC documentary last year titled ‘Paul Merson: Football, gambling and me’, also told GB News how he missed out on valuable time as a result of his addiction.

The Sky Sports football pundit, who scored 86 goals in 369 appearances for Arsenal and was capped 21 times by England, said: ‘I lost a lot of money, don’t get me wrong, I lost a mindblowing amount of money but I also lost time. I’ll never get the time back. I can earn the money, but I can never earn back time. I can never earn back going to see the kids in plays at school and choosing to sit in pubs and betting shops instead.’

‘My wife still now will pick up my phone and go through it on the off chance, because she still hasn’t got that trust two years on because of what I did with the house deposit. I lost everything.

‘She looks after the money. I have pocket money now, I’m 54, but that’s all I need. I can’t have money around me.’ 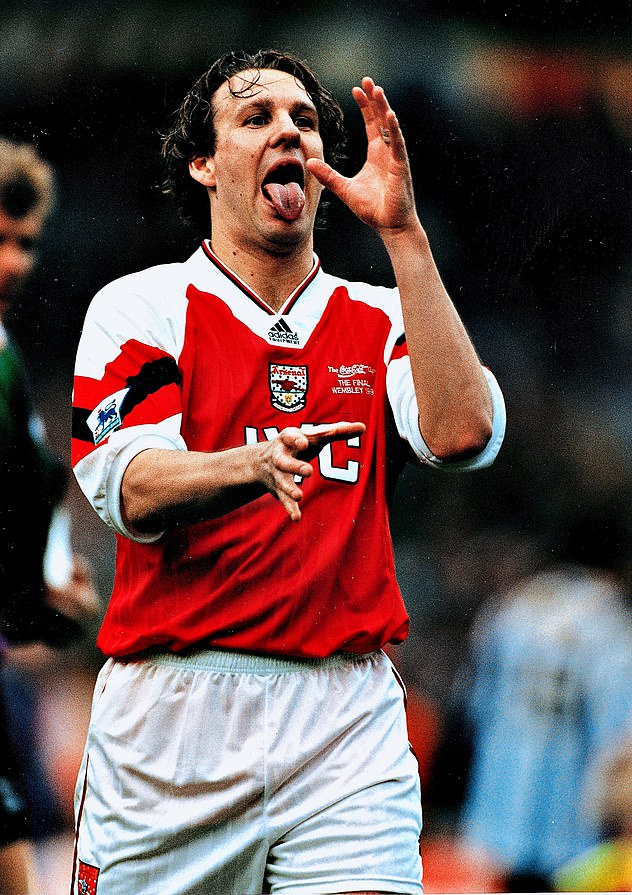 Merson said he is confident that his recovery is setting a positive example – especially to his youngest son: ‘I’ve got older kids who have dabbled in gambling and they’re ok, thank God. My little boy is seven, hopefully I’ve broken that cycle by jumping off that broken record. Him not being around gambling will hopefully be ok and that’ll be ok in the future for him.’

Merson has previously spoken of how football fans assumed he was a confident person, stepping up to take a penalty for England in the 1998 World Cup finals against Argentina (and scoring), and playing the game in front of huge crowds. But he said off the field, he suffered from anxiety and a chronic lack of confidence, which led him to drink and gamble.

Former addict Daniel Fincham, appeared alongside Merson to explain how his new app, Recoverlution, is supporting those finding a way back from addiction.

He said: ‘We bring together content, community and wellness to unite the world of recovery. As an addict I lived in fear

It was only when I got to recovery that I understood what it was, and when I got there I was overwhelmed by the community that was there. There are over 100 million recovering addicts in the world today, and yet there was no platform to unite them together.’