A £ 2.6million donation to Oxford University from the son of a sanctioned Russian oligarch has been branded ‘unacceptable’ by an anti-corruption charity who called for it to be returned.

The money was given to the institution by Said Gutseriev, who is the son of Mikhail Gutseriev, an oil tycoon with a close relationship with Belarus’s dictator.

It was donated in May 2019 – three years before Gutseriev senior’s sanctions – and went to the anthropology and archeology department at the university.

But the donation came just months after Said got oil shares understood to be worth millions of pounds from his father.

There is no suggestion Said, a British citizen, has done anything wrong. He has not been sanctioned by the government.

The 34-year-old was a student at St Peter’s College, Oxford himself, studying Archeology and Anthropology.

Susan Hawley, executive director of non-profit Spotlight on Corruption, said: ‘It is plainly unacceptable for a top British university to retain donations from a businessman who has served as a senior business figure in Russia under Putin’s regime.

‘Oxford University must either hand this money back or donate it to a charity supporting the reconstruction of Ukraine.’ 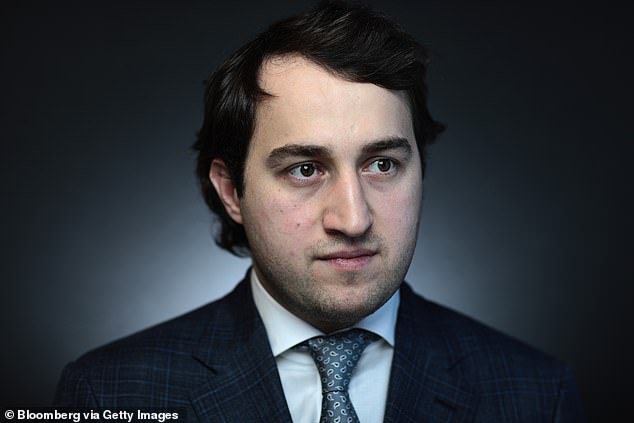 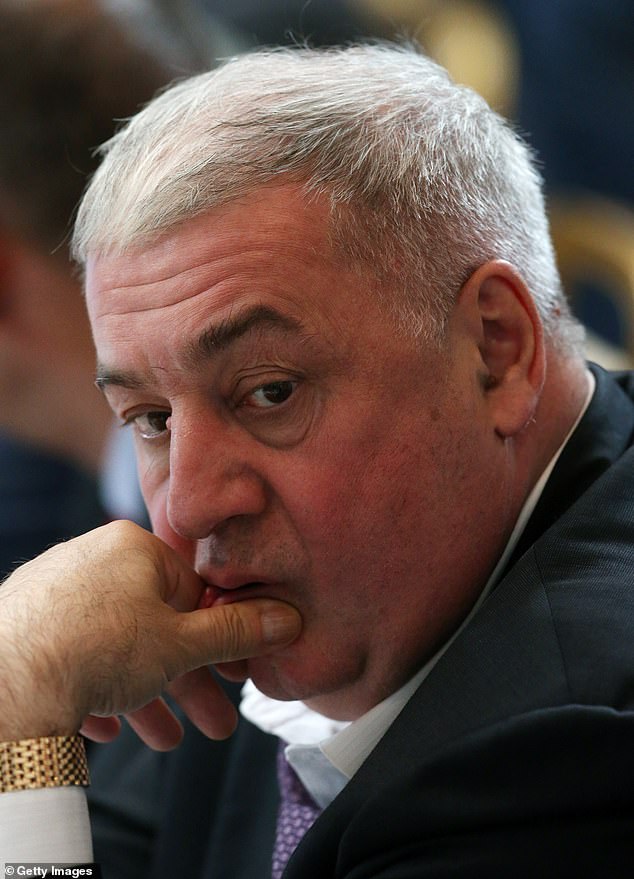 The donation was made as an individual, in memory of his late brother.

A reference in an article from the university about the donation referencing the ‘Gutseriev family’ was in recognition of the loss of Chingiz Gutseriev to the whole family.

At the time Professor Anne Trefethen, a pro-vice-chancellor of Oxford, said: ‘We are deeply appreciated to Mr Gutseriev and his family for their generous benefaction.’

His father Mikhail was added to the UK sanctions list over his links to President Lukashenko of Belarus.

The Times reports he transferred 398 shares in Lanbury Trading Limited to his son in November 2018, taking his son from 80 per cent to 100 per cent ownership.

It owned 100 per cent of JSC Daglis, which has a stake in SFI, the Russian conglomerate.

Both men served as board directors of SFI between 2017 and 2020, according to the company’s annual reports, with Said Gutseriev now owning an overall 30 per cent stake. 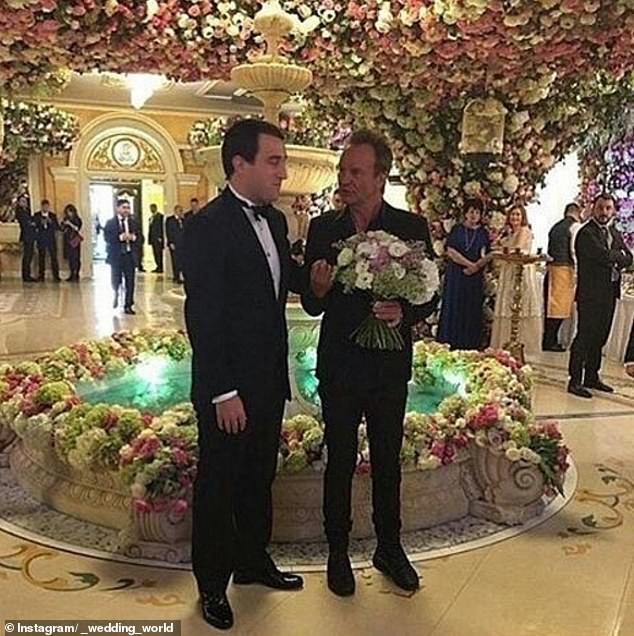 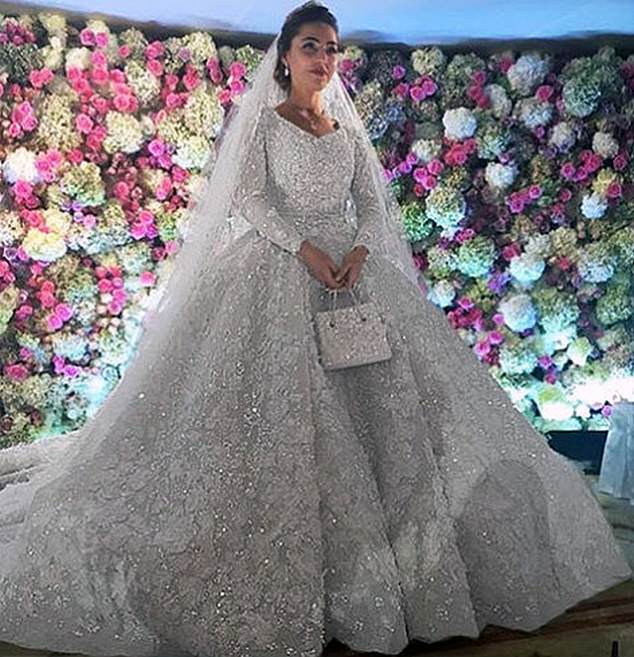 Gutseriev married student Khadija Uzhakhovs (pictured in her £ 18,000 designer wedding dress), 20 at the time, in a lavish ceremony 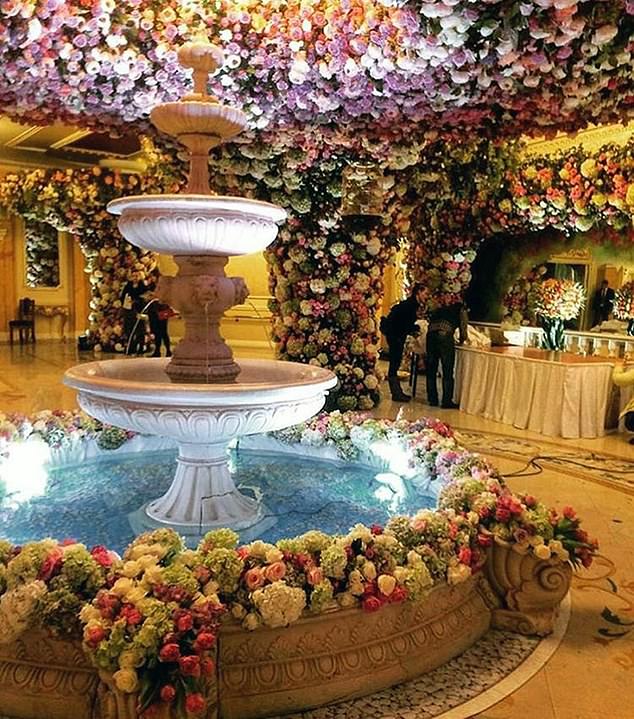 Enrique Iglesias and Jennifer Lopez both performed at the wedding at the luxury Safisa venue in Moscow, which had its walls and features adorned with flowers for the occasion (pictured) 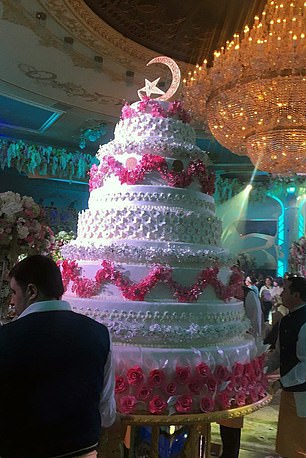 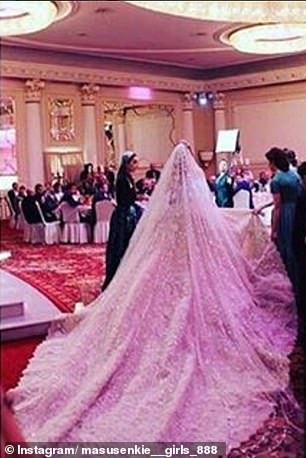 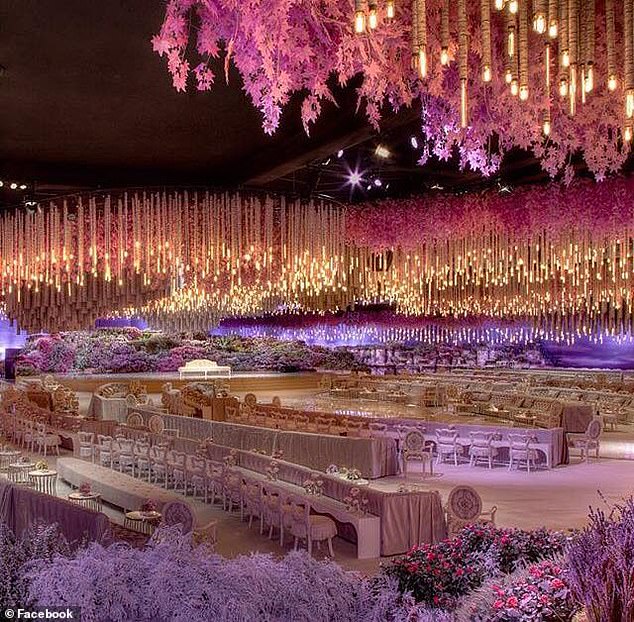 The Gutseriev-Uzhakhov wedding was held at the luxury Moscow restaurant and banqueting venue Safisa, which was bedecked with lights and fresh flowers (pictured)

Said enjoyed a lavish wedding six years ago which included a galaxy of stars from the world of music.

Sting, Jennifer Lopez and Enrique Iglesias sang at the marriage, which also featured a fleet of Rolls-Royces to ferry the guests.

APCO Worldwide, which handles communications for Said Gutseriev, told The Times: ‘The fellowship was solely funded by proceeds from Said’s own successful investments in technology-focused start-ups.

‘Any suggestion that the fellowship was funded by any other source would be factually incorrect.’

Oxford University told MailOnline: ‘The unprovoked invasion of Ukraine by Russia is causing a humanitarian catastrophe to unfold in Europe.

‘The University supports and will comply with all sanctions introduced in the current crisis. 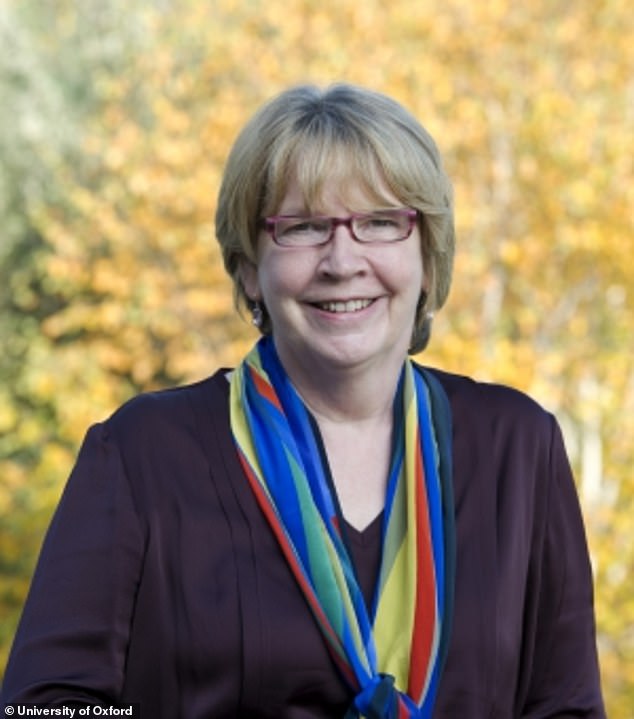 Professor Anne Trefethen, a pro-vice-chancellor of Oxford, said: ‘We are deeply appreciated to Mr Gutseriev and his family for their generous benefaction’ at the time of the donation

‘All decisions about significant donations are made by the University’s Committee to Review Donations and Research Funding, which includes independent, external representatives, who consider the reputational risks based on the source of funding and its intended use in the University.

‘The Chingiz Gutseriev Associate Professorship in Archeology and Anthropology was established at Oxford University in 2019, following an endowment of £ 2.6 million to the University by Said Gutseriev.

‘The Professorship is named for the donor’s late brother, Chingiz Gutseriev. The post sits between the School of Anthropology and Museum Ethnography, the School of Archeology, and St Peter’s College, where Said Gutseriev studied.

‘The current post holder conducts research, lectures and teaches at the interface of Archeology and Anthropology.’