A terrified mother-of-two has spoken out against the rise of eshays after one of her sons was bashed and her other one robbed at knifepoint.

Jessica Jade said once safe regional towns in Victoria had turned into crime hubs as eshay culture spread from the big cities.

Her 16-year-old son was robbed at knifepoint at a park in Bacchus Marsh, northwest of Melbourne, and was constantly targeted at school forcing him to drop out.

‘He loves learning but with the bullying and eshays, he couldn’t take it anymore,’ Ms Jade told the Daily Telegraph. 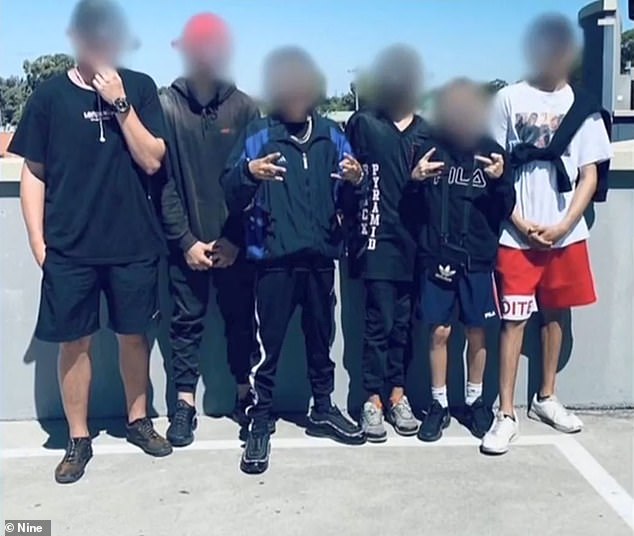 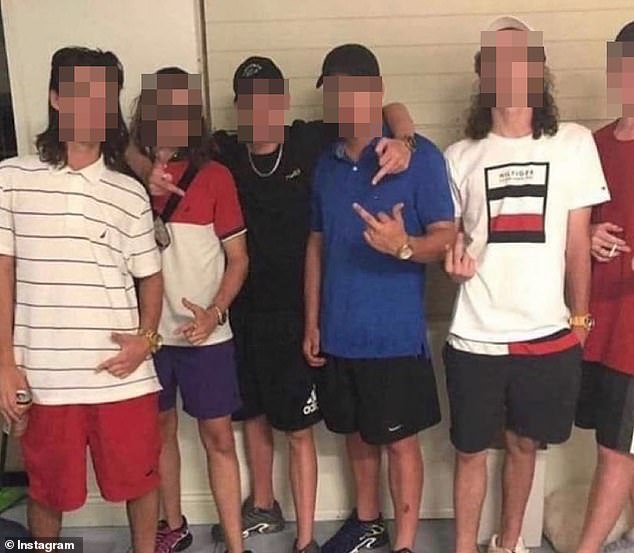 Eshays prowl in packs, speaking their own mashed-up language as they strut around town in dark designer clothes with a generally menacing attitude

Her 11-year-old son was also bashed, punched in the back of the head and kicked in the ribs by a 17-year-old eshay at a local high school.

‘He was unable to sleep for two days as the pain from the lumps on his head was too much for him to lay on,’ she said.

One Brookfield local said he was walking his dog when he was approached by two eshays less than 300 meters away from his home.

‘They said something weird and I turned around thinking that it was a strange thing to say,’ he said.

The man said he was too afraid to leave his home and debated about moving from the area.

Victoria Police said it was carrying out regular patrols of streets and ‘disrupting and dismantling’ youth gangs.

Despite locals claiming eshay culture was on the rise, the number of youth offenders decreased by eight per cent year-on-year

The rise of the eshay is reportedly striking fear into middle-class parents worried their children want to emulate a dangerous sub-culture.

Where eshays once predominantly came from disadvantaged backgrounds their ethos is now more mainstream and widely promoted on social media. 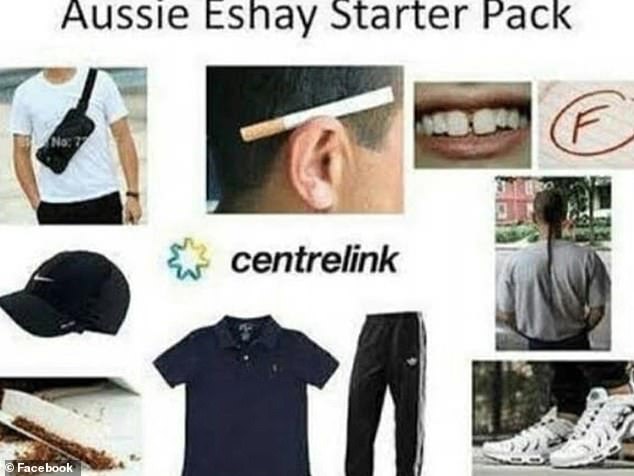 Whatever the motive for urban teenagers with bad haircuts donning Nike TNs and slinging bumbags over their shoulders, they are apparently overtaking the suburbs

Favoured labels for the fashionable eshay include Ralph Lauren, Tommy Hilfiger, and Lacoste, paired with Nautica, Adidas, Under Armor and Ellesse.

He should give the impression he is looking to score drugs or moments away from robbing an innocent passerby of their belongings.

Some eshays scramble words and put ‘ay’ on the end in a form of pig Latin. ‘Eetswa’ means ‘sweet’ and ‘chill’ becomes ‘illchay’. 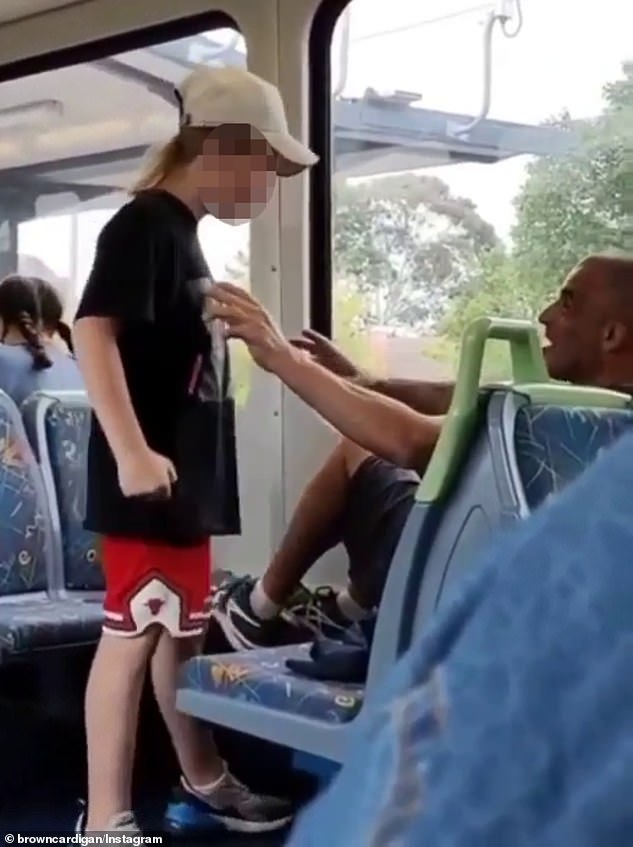 A young ‘eshay’ with a mullet threatened to bash an adult on a Melbourne train, before declaring that he ‘owns Frankston’ in 2021. A bystander filmed the boy, who appeared to be about 13 years old, attempting to intimidate – or ‘ staunch ‘the man (pictured) 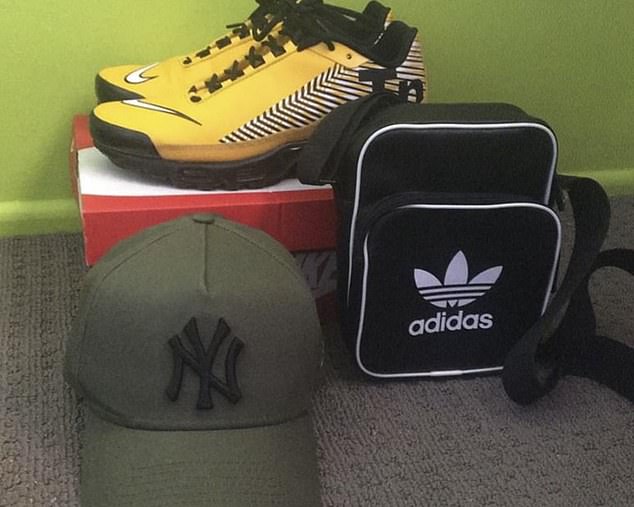 An eshay is easily identifiable by wearing Nike TN trainers with polo shirts, puffer jackets, tracksuit pants or baggy shorts and baseball caps. Pictured is an image from an eshay social media page

The term eshay is similar to the UK phrase ‘chav’ and can be interchangeable with ‘lad’, which in turn sometimes becomes ‘adlay’.

‘Eshay’ may have started as ‘eshay adlay’ – pig Latin for ‘he’s lad’ or be related to ‘sesh’, for a prolonged period of drug consumption.

How to spot an eshay

Some eshays scramble words and put ‘ay’ on the end in a form of pig Latin. ‘Eetswa’ means ‘sweet’ and ‘chill’ becomes ‘illchay’.

Hard-core eshays engage in assaults, robberies and threatening behavior against other youths but many seem to wander the streets aimlessly.

When an eshay says ‘eshay’ it can mean yes, cool or excellent.

Something high-risk is ‘red hot’ and an idiot is a ‘gronk’. To ‘staunch’ someone is to intimidate them, often with an intense stare while the challenger’s fists are held between their legs.

Eshays are said to have spread from Sydney’s inner-city graffiti scene in the 1980s through the Housing Commission estates and out into the suburbs.

Hard-core eshays engage in assaults, robberies and threatening behavior against other youths but many seem to wander the streets and hang around train stations aimlessly.

Some are said to ‘roll’ victims for their shoes and clothes but such crimes are not widely reported.

While some eshays had domestic backgrounds of violence, poverty and drug or alcohol use, many were likely copying a look that suggested a criminal outlook.

Their antics, which can include carrying weapons and taking drugs, are often filmed and posted on Tik Tok to widespread amusement.

The drill rap of groups such as Mount Druit outfit OneFour is a popular accompaniment.

Parents on Sydney’s Northern Beaches have recently expressed concerns about anti-social behavior of teens they describe as dressing like eshays. 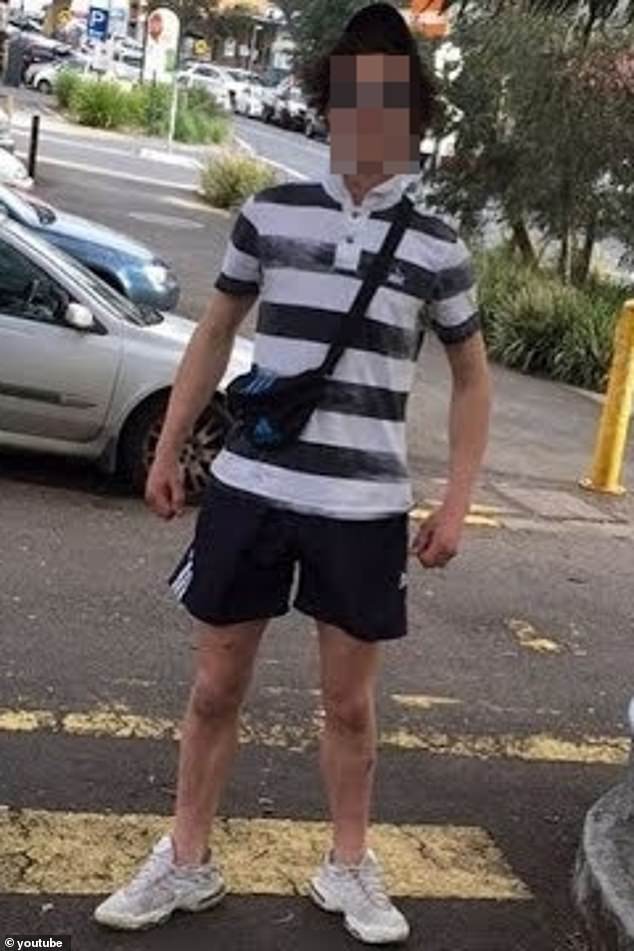 To an eshay something high-risk is ‘red hot’ and an idiot is a ‘gronk’. To ‘staunch’ someone is to intimidate them, often with an intense stare while the starer’s fists are held between their legs

Local police warned parents to take an interest in where their children are, who they are with and what they are doing.

Dr Terry Goldsworthy, Associate Professor of Criminology at Bond University told the Telegraph eshays had become prominent in the past seven or so years.

‘Like any subculture there are influencers on social media,’ the onetime detective inspector said. ‘It’s monkey see, monkey do.

‘A few years ago I’d never heard the term eshay, but I think social media has something to do with it.’

Just like punks in the 1970s and 1980s the eshay will one day be replaced by another set of clothes and taste in music, with a new name and similar anti-authoritarian demeanour.

‘Like any subculture, today’s eshay will be tomorrow’s nerd,’ said Dr. Goldsworthy.