The National Trust’s new chairman has slammed the organization’s ‘woke’ direction and vowed not to get embroiled in political rows.

René Olivieri has said that while we are entitled to raise questions about the history of the Trust’s 200 plus buildings, ‘new views’ cannot ‘eclipse’ other perspectives in an interview in Country Life magazine.

This follows the Trust’s embroilment in controversy in 2020 when the organization produced a report investigating the connections between the charity’s properties and colonialism, including its links with historical slavery.

It included mention of Sir Winston Churchill’s family home, Chartwell, which served as Secretary of State for the Colonies from 1921 to 1922 and detailed the former Prime Minister’s opposition to India gaining independence.

A row with ministers ensued with 26 MPs and two peers arguing that the organization’s funding applications should be reviewed.

The then chairman, Tim Parker, who held the post for seven years, stepped down, with the charity claiming he did so after staying beyond his term to see the Trust through the pandemic. 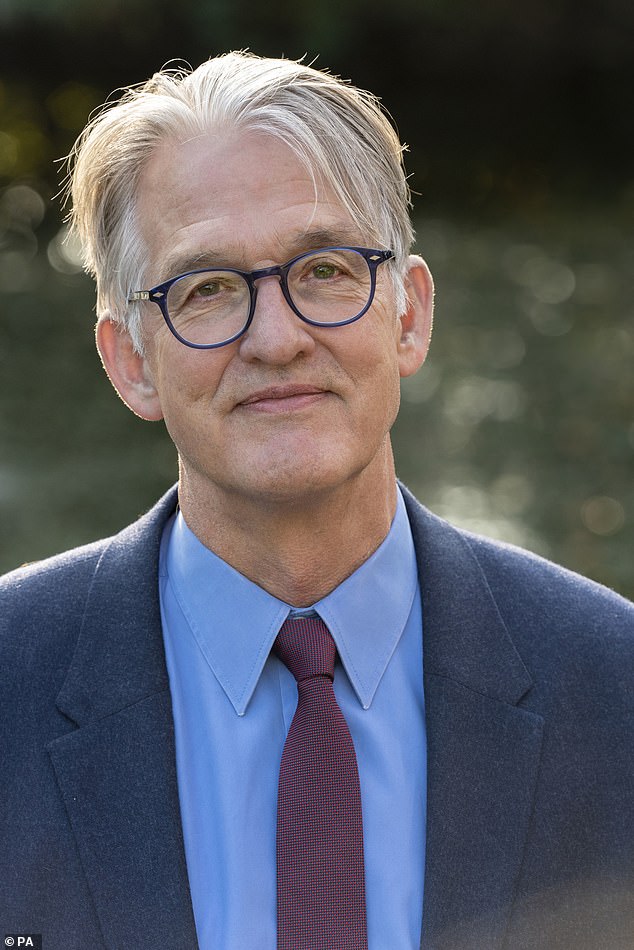 René Olivieri said that while we are entitled to raise questions about the history of the Trusts’ 200 plus buildings, ‘new views’ cannot ‘eclipse’ other perspectives 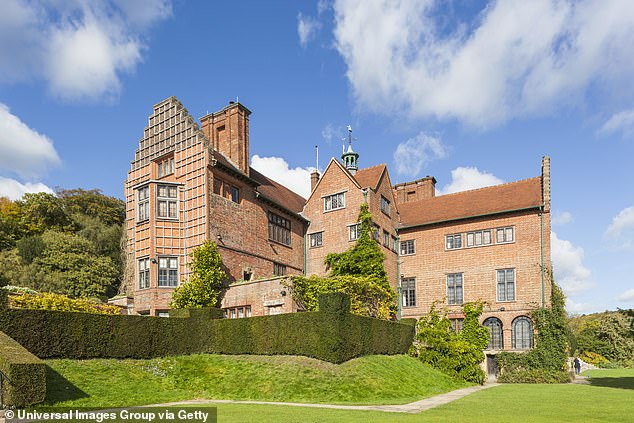 Restore Trust, an anti-woke group made up of National Trust members, is agitating for the brakes to be put on the National Trust’s direction of travel, following the publication of a report in 2020 linking Winston Churchill’s former home (pictured), Chartwell, in Kent, with the slave trade

WHO IS RENE OLIVIERI?

American-born Rene Olivieri, 68, has also held a number of non-executive roles in the cultural and natural heritage sector

He was selected to take up the post with the National Trust in December.

Mr Olivieri has been described as a ‘safe pair of hands’ for the Trust.

He was chairman of the Wildlife Trusts for six years and held a role at the RSPCA from 2019 to 2022.

In a rare interview, he has now said that while the National Trust must make its buildings appeal to more people, modern perspectives must not take precedence over those of the past.

Speaking to Country Life magazine, Olivieri said: ‘It’s important – as far as conservation allows – to make these buildings and their contents more interesting to more people.

Added to which, we are all entitled to ask different questions about the past.

A new view, however, does not supersede its predecessors, nor can it eclipse other perspectives.

‘Each is another thread in the tapestry of our understanding, adding color, richness and depth.’

It comes after campaigners concerned by the National Trust’s ‘woke’ leadership demanded an independent watchdog be created to keep the charity accountable to its members.

Restore Trust, an anti-woke group made up of National Trust members, is agitating for the creation of a watchdog as well as the abolition of ‘discretionary voting’ by the chairman at annual meetings.

‘Discretionary voting’ allows the National Trust chairman to vote on behalf of members who have abstained, effectively mustering hundreds or even thousands of ‘don’t know’ ballots to their preferred outcome, according to Restore Trust.

The two resolutions submitted by Restore Trust will be debated at the National Trust’s annual meeting in October, although even if they pass they could be overruled by the charity’s board. 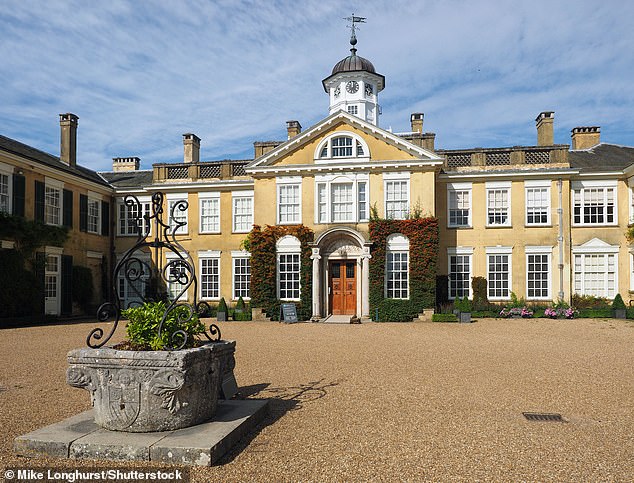 Without an independent watchdog, complaints about the National Trust’s behavior will continue to be dealt with by the organization’s chairman, who is not seen as independent from the board. Pictured: Polesden Lacey country mansion in Great Bookham, Surrey 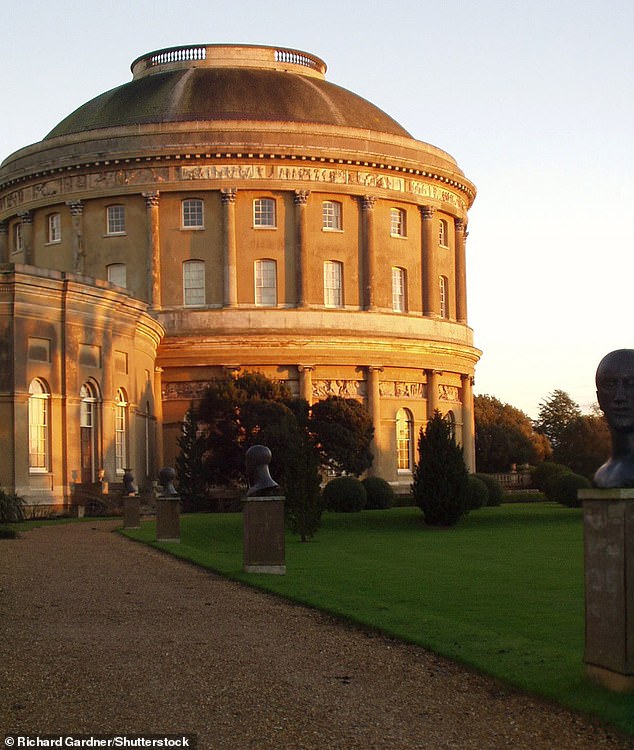 Without an independent watchdog, complaints about the National Trust’s behavior will continue to be dealt with by the organization’s chairman, who is not seen as independent from the board.

Former National Trust chairman Tim Parker landed himself in hot water with anti-woke campaigners in November 2020, when he described Black Lives Matter as a ‘human rights movement with no party-political affiliations’ in a letter to a member.

Critics, however, point out Black Lives Matter called on the UK government to ‘defund the police’ and resolved to ‘disrupt the Western-prescribed nuclear family structure’ on a since-deleted page on their website.

Tim Parker stepped down after seven years as chairman of the National Trust in May 2021.

Over the next three months, Restore Trust will stage a series of events at National Trust properties – including at Houghton Hall in Norfolk and Shilstone House in Devon – with sympathetic historians invited along to make the case for putting the brakes on the charity’s increasingly ‘woke’ ‘ direction of travel.

The trust was cleared of breaking the charity law last year over a report which detailed links between 93 of its properties and historical slavery and colonialism.

Winston Churchill’s former home, Chartwell, in Kent, was among the properties on the list because the wartime Prime Minister once held the post of Secretary of State for the Colonies. 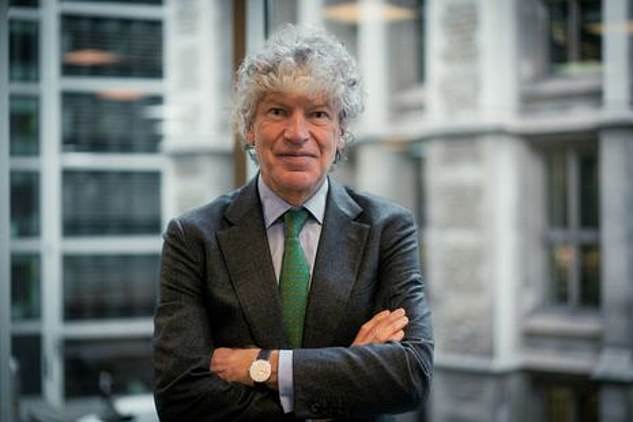 Former National Trust boss Tim Parker landed himself in hot water with anti-woke campaigners in November 2020, when he described Black Lives Matter as a ‘human rights movement with no party-political affiliations’ in a letter to a member 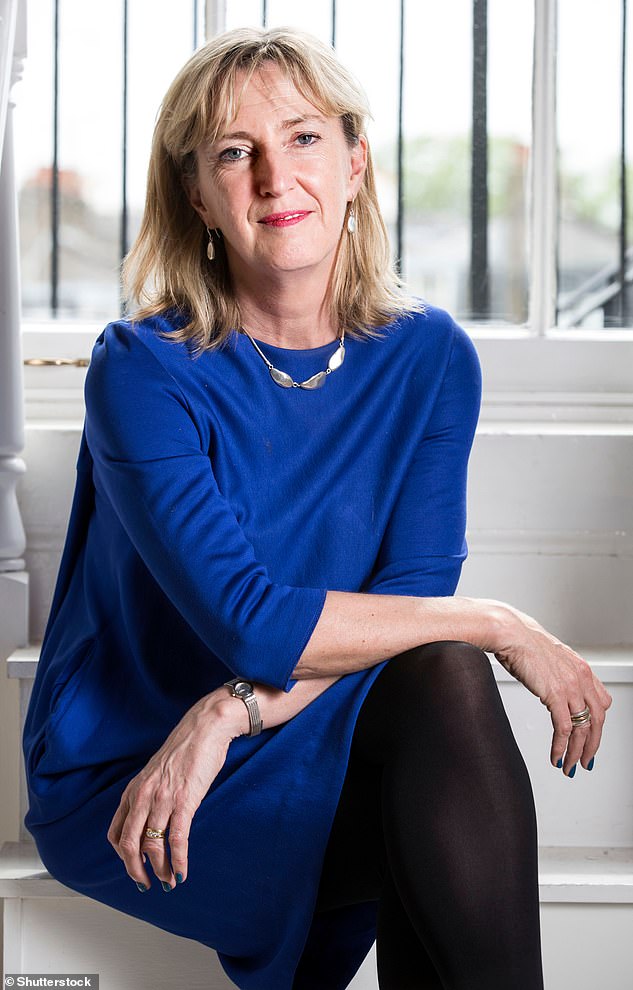 It’s such a ridiculous term, wokery. No one has yet defined what they mean by woke’, National Trust’s new director-general Hilary McGrady said in May 2022

Following complaints, the Charity Commission opened a case to examine critics’ concerns, but concluded in January this year that the National Trust had acted in line with its charitable purposes and there were no grounds for regulatory action against it.

In 2017, 350 unpaid National Trust assistants at Norfolk mansion Felbrigg Hall were told to wear gay pride badges and lanyards or else be removed from front-of-house tasks, triggering a pushback and the resignation of 75 volunteers and the cancellation of 240 memberships.

The National Trust’s director-general Hilary McGrady said in May she had received ‘death threats’ from people angry at her management of British heritage sites.

Hilary McGrady said the charity ‘epitomises what a lot of people consider to be the halcyon days of Britain’, and ‘anything that vaguely poked at that’ was bound to upset them.

McGrady said in May: ‘It’s such a ridiculous term, wokery. No one has yet defined what they mean by woke.

‘I’m interested in bringing nature, beauty and history to the nation, and I don’t even know what ‘woke’ means in that context.’