Moderna has announced promising results for its Omicron-specific COVID-19 booster, with data revealed Monday morning showing it is more effective against the now-dominant BA.5 variant of the virus than previously available formulations of the shot.

The Cambridge, Massachusetts, company is working to roll out a new formulation of its COVID-19 vaccine that is specifically tailored to the Omicron variant that now makes up basically every infection in America right now. Some believe it should be tailored even more specifically to the BA.5 variant – which some are warning is the hardest to contain version of the virus yet.

The BA.5 variant is feared to be able to evade natural immunity a person would have from previous Covid infection, leaving millions of Americans who think they are currently safe from infection vulnerable to the virus once more.

It is starting to grow in the United States as well, taking over as the nation’s dominant Covid strain last week, making up 53.6 percent of sequenced cases as of the most recent data from the Centers for Disease Control and Prevention (CDC). 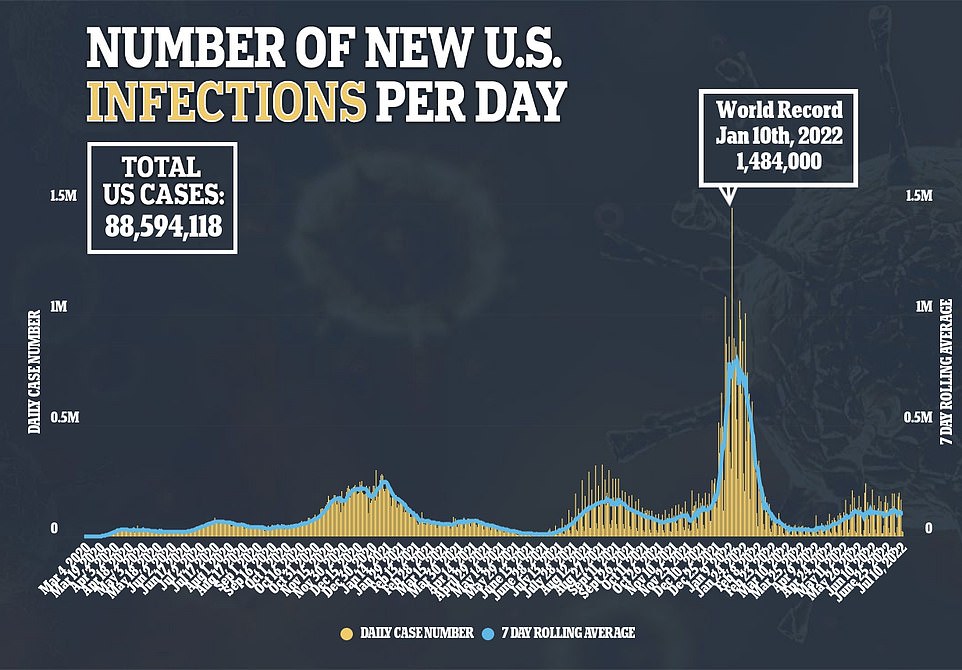 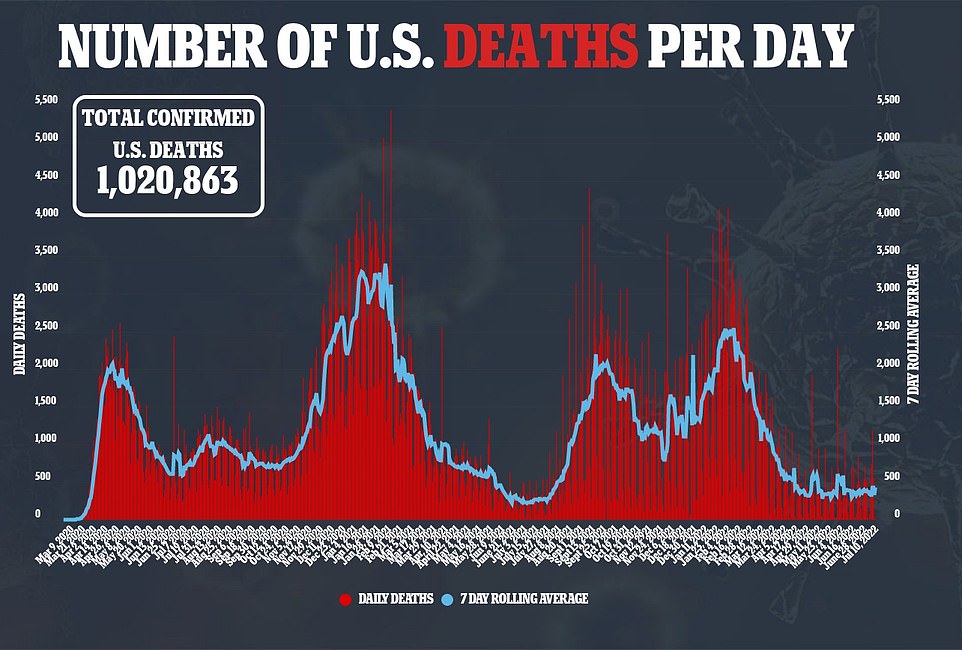 BA.5’s rise has done little to change daily case figures, though, with daily cases sitting at 107,257 per day – where the figure has lingered for over a month. Deaths from Covid are creeping upwards though, up 13 percent over the past week to 430 per day.

“We are very pleased that our bivalent platform continues to demonstrate better performance than the current booster,” Stephane Bancel, CEO of Moderna, said in a statement.

Researchers gathered data from 800 participants for their trials, which are testing multiple formulations of the vaccine to see which is most effective against the growing strain. 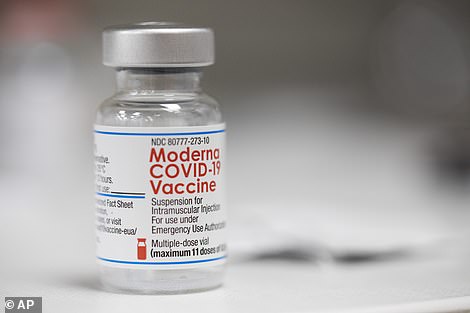 Moderna announced Monday that its new formulation of its COVID-19 vaccine targeting the Omicron variant is believed to be effective against the BA.5 variant

The company reports that its second formulation of an Omicron-specific jab generated nearly 70 percent more effective antibodies against BA.5 than a previous version did a month after receipt of the dose.

This could potentially be the most effective formulation of the vaccine against the new variant yet, although more data will need to be gathered on infections, hospitalizations and deaths before that determination can be made.

Because Covid antibodies have diminishing returns over time, having 70 percent more antibodies does not particularly mean the shot is that much more effective.

This has led to some warning that these additional, newly formulated shots are not needed. A key Food and Drug Administration advisory panel voted in favor of them last month, but the move did not come without criticism.

Dr. Paul Offit, director of the Vaccine Education Center at the Children’s Hospital of Philadelphia and member of the FDA’s Vaccines and Related Biological Products Advisory Committee (VRBPAC), wrote in a STAT News op-ed that he would like to see more data in favor of the shots before the government made a heavy investment into them.

Offit was one of two VRBPAC members who voted against the shots, which were recommended by the agency’s top advisory panel on vaccines by a 19-2 vote. 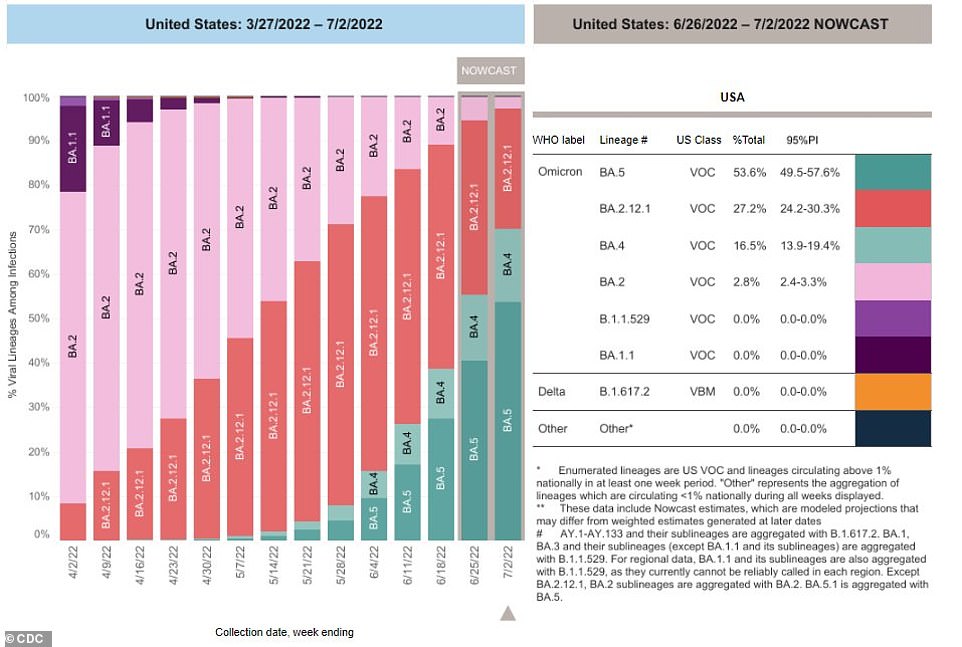 Offit notes that in data submitted by both companies, the additional Omicron booster raised the antibody levels twofold, although he doubts they’ll provide much effectiveness overall.

‘That kind of twofold difference is, for example, similar to the modestly greater peak in neutralizing antibodies triggered by the first two doses of the Moderna vaccine compared with the Pfizer vaccine,’ he explained, noting that the protections provided were similar.

‘Those two vaccines provided almost identical protection against mild and severe COVID-19, although the benefits of the Pfizer vaccine waned a bit quicker over time.’

Antibodies provide diminishing returns, though, and doubling antibody levels does not exactly provide double the protection.

Offit says data on actual protection from infection, hospitalization and death needs to be collected first to determine how valuable these newly formulated shots are.

Moderna and Pfizer executives have claimed that the Omicron vaccines will be protective for longer. That may be true, but how long is longer? A few weeks? A month or two?’ he asks.

The FDA is eager to get these shots out, already setting targets for rollout before they’ve even been authorized.

Dr. Peter Marks, director of the Center for Biologics Evaluation and Research, the agency’s top regulatory body for vaccines, said Tuesday the aim was to make Omicron-specific jabs available by October.

His eagerness comes as a result of the BA.5 variant’s sharp rise across the US. Last week, the CDC revealed that the variant already makes up more than half of cases in the country despite first being tracked relatively recently.

The BA.4 variant, another strain of the virus that emerged at a similar time in South Africa makes up 16.5 percent of cases. The previously dominant BA 2.12.1’s reign as America’s top variant has ended, now making up just 27 percent of sequenced infections.