An elderly Michigan man accidentally struck and killed his wife as they were leaving a food drive at their church last week.

A family friend confirmed to DailyMail.com that the victim was Edna Mae Kujawski, 80, noting that he hopes her husband, Gordon Kujawski, 82, is ‘not destroying himself’ over her death.

Authorities say that at around 10pm on July 5, Gordon was pulling his 2021 Ford Explorer out of a parking space at Our Lady Consolata Parish Church in Gagetown, and struck Edna, a retired teacher who later died of her injuries.

Witnesses said Edna was carrying a bag of trash to a receptacle in the lot as her husband was leaving the parking space after they spent the evening volunteering at a food pantry.

Michigan State Troopers do not believe drugs or alcohol were factors in the woman’s death, and the husband has not been arrested in her death.

Once an investigation is concluded, authorities will send a report to the Tuscola County Prosecutor’s Office for review, according to Michigan Live.

An online obituary for Edna said she was a devout Catholic and retired teacher who was well-respected within her local community, and who had once taught children in Ghana. 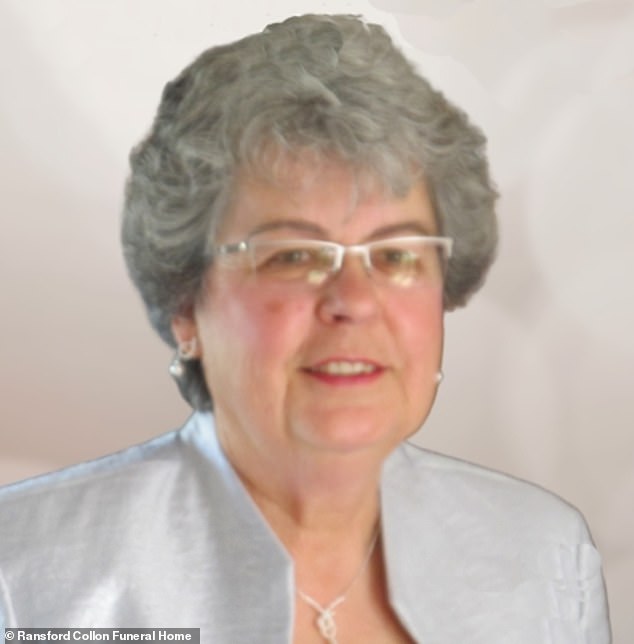 Edna Mae Kujawski, 80, of Cass City, died on July 5 when her husband ran her over as he was exiting a parking space at Our Lady Consolata Parish Church in Gagetown, Michigan 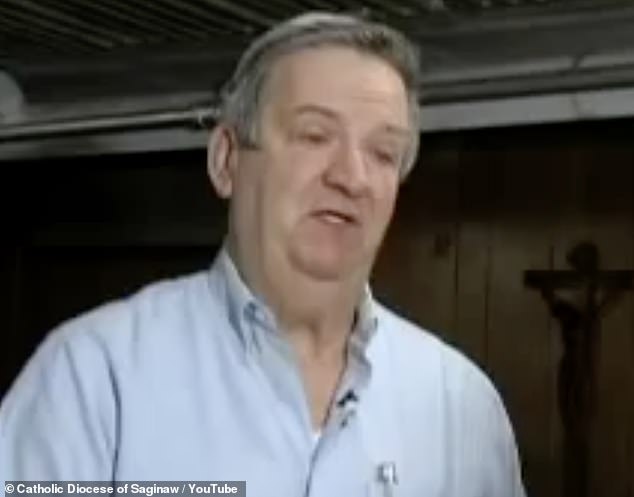 She and her husband, Gordon Kujawski (pictured in 2012), were volunteering at the food pantry that day. He was said to be very supportive of her volunteer work

Edna was born on May 11, 1942 to Steve and Katheryn Karpovich, and she married Gordon Kujwski at St. Priscilla Catholic Church in Livonia on May 9, 1987, according to an obituary posted online.

She received a degree in education from Madonna College and went on to receive a Master’s degree from Eastern Michigan University, using her expertise to teach in Ghana.

“I was being called to do some missionary work,” she said in a video from 2012.

She then set up a program at St. Agatha’s Catholic Church, sewing sun dresses for girls without dresses around the world along with a group of about a dozen other women who would meet at the church after 8.30am Mass on Tuesday.

Missionaries would reach out to the women with the number of dresses they would need, and the women would get to work making the dresses for girls in countries like Honduras, Nigeria, Zambia, Kenya, Haiti and Mexico, according to Tuscola Today.

The group would also go over to the Saginaw Correctional Facility in Freeland to teach male prisoners to knit mittens, jackets, hats and scarves they could donate.

‘It’s very rewarding for us,’ Edna told Tuscola Today in 2016. ‘We have the talent and we’re offering that to God. And small though it may be, this is the best that we can offer.’

Additionally, Edna was the stocking coordinator at the St. Agatha’s food pantry, where Nicholas Hux told DailyMail.com she would carry the largest boxes.

He said he started volunteering for the food pantry as an atheist, and started to share with Edna and another woman, Regina Salcido, his questions about the faith ‘that I believed were unanswerable, I thought I was smarter than that.

‘But they were able to answer, and stump me every time as we worked, until I eventually started voluntarily reading a book on saints.’

By 2019, Hux was baptized, which he credits to Edna and Regina’s teachings.

‘Edna has an ability to inspire others to get involved and to discover, as she has, the great joy in serving those in need,’ Bishop Joseph R Cistone said at the time. 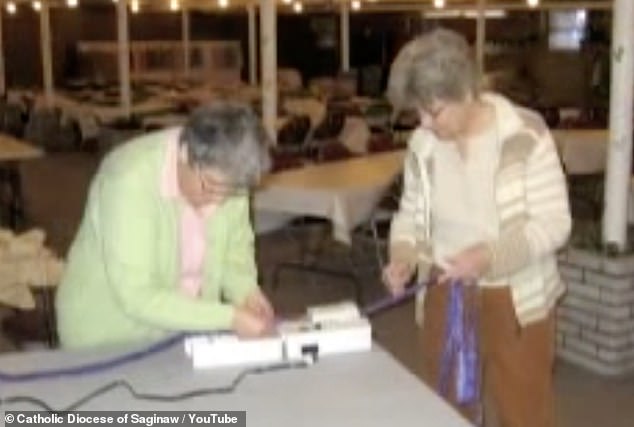 Edna, left, formed a sewing group at St. Agatha’s Catholic Church, working with a dozen women to sew sun dresses for girls in need throughout the world 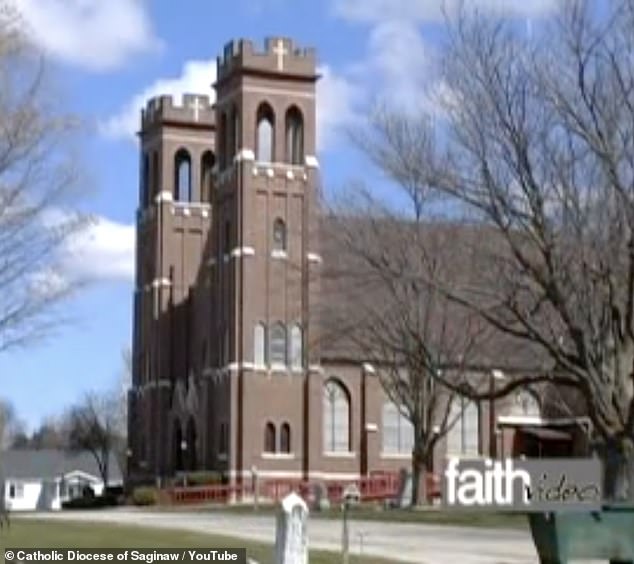 For her work at the church, Edna received the 2012 Bishop Murphy Award from the Diocese of Saginaw (pictured)

In her free time, Edna was an avid gardener who retired at the age of 55 to spend more time tending to her flowers.

Edna is now remembered for her charitable work and giving spirit, with Hux saying he believes that if the tragic collision had not occurred, Edna would have made it 100-plus easy.

‘She was very healthy, very strong and had the strongest faith as well,’ Hux told DailyMail.com, noting that she would often carry the largest boxes at the food pantry and when he was down on his luck, she drove 30 miles by herself and walked a box of food and baby formula for her son up to their second-floor apartment.

‘One trip, a lot of food to help us out, and no complaints,’ Hux recalled.

Edna is survived by Gordon; four step-sons, Kevin of Livonia, Greg and his wife Justine, Matthew and David Kujawski all of Arizona; seven grandchildren and nephew, David Karpovich and his wife Holly of Cass City. She was preceded in death by her parents and a brother, Stephen Karpovich.

A mass will be held for her on July 14 at Our Lady Consolata Parish in Gagetown.