Dr Alex George has admitted to eating unhealthy foods during periods of stress and says he’s worked with a therapist to eradicate certain ‘patterns of behavior.’

The former Love Island contestant, 31, told MailOnline he’s replaced snacking with walking, swimming, and the gym in a bid to improve his lifestyle.

In an exclusive interview, Alex praised ITV’s new and improved mental health package that is offered to contestants, saying producers have become ‘industry experts’ after the show suffered several ‘tragedies.’ 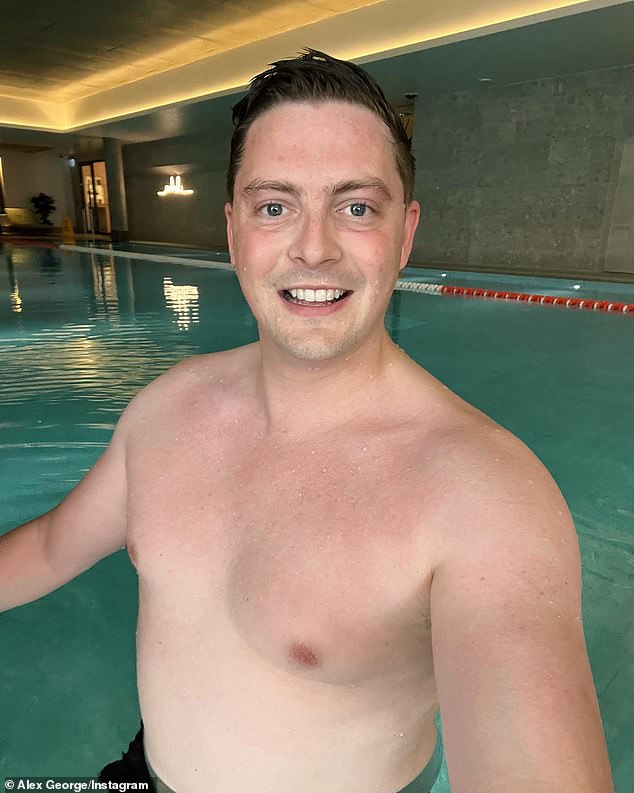 ‘I’ve become more self-aware’: Dr Alex George has admitted to eating unhealthy foods during periods of stress and says he’s worked with a therapist to eradicate ‘patterns of behavior’

He said: ‘I was talking with my therapist about coping mechanisms because when I’m stressed, I turn to unhealthy foods.

‘She always says to me to think about what purpose is it serving? Over the last couple of years, I’ve become more self-aware of patterns of behavior.

‘Most of what we do is to fill a gap or a hole and give you a sense of feeling comfort and food has been that for me.

‘Walking is huge and I love going out and walking and the gym, I’ve really got back into exercising. I’ve been swimming, there’s something about the monotony of swimming that I like, which I know sounds odd. ‘ 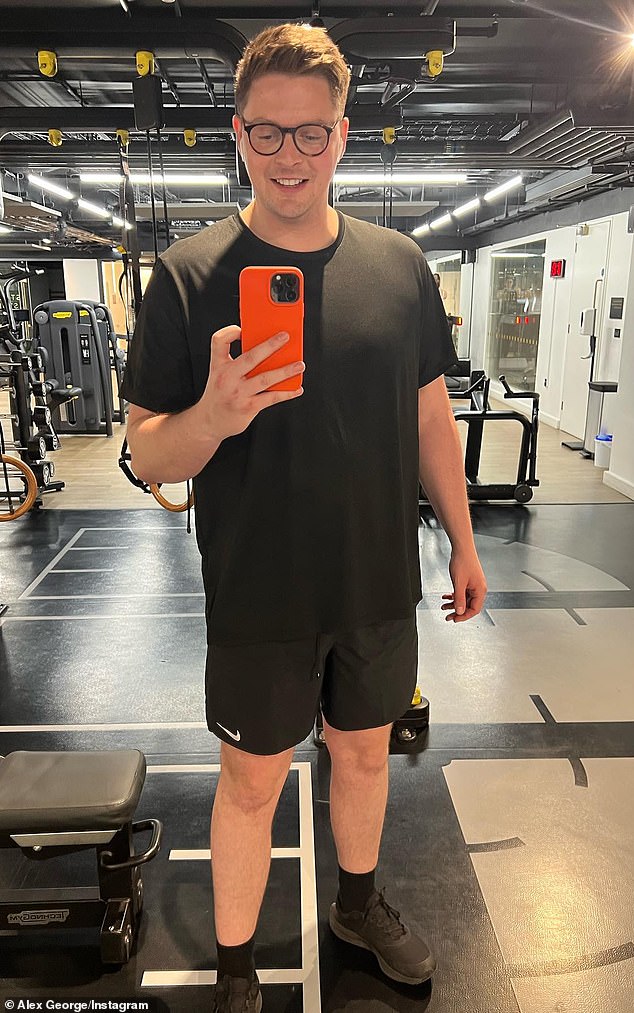 ‘Most of what we do is to fill a gap’: The former Love Island contestant told MailOnline he’s replaced snacking with walking, swimming, and the gym in a bid to improve his lifestyle

Alex, who found fame on Love Island in 2018, was last year appointed Youth Mental Health Ambassador by the Prime Minster to raise the profile of mental health education and wellbeing in schools.

He also sits on ITV’s mental health advisory board for Love Island after two of the show’s former contestants, Sophie Gradon, and Mike Thalassitis, took their own lives.

Commenting on the aftercare Islanders are offered now, Alex said: ‘I must say – a real pat on the back to ITV.

‘There has been a huge – and I don’t have to say that – a huge amount of progress made with the packages.

‘In many ways they are industry leaders because when we have roundtables, we are sat there with a lot of different charity sectors and experts in different organizations.

‘Love Island is so big and there have been a lot of difficult things to happen, clearly we’ve had tragedies.’ 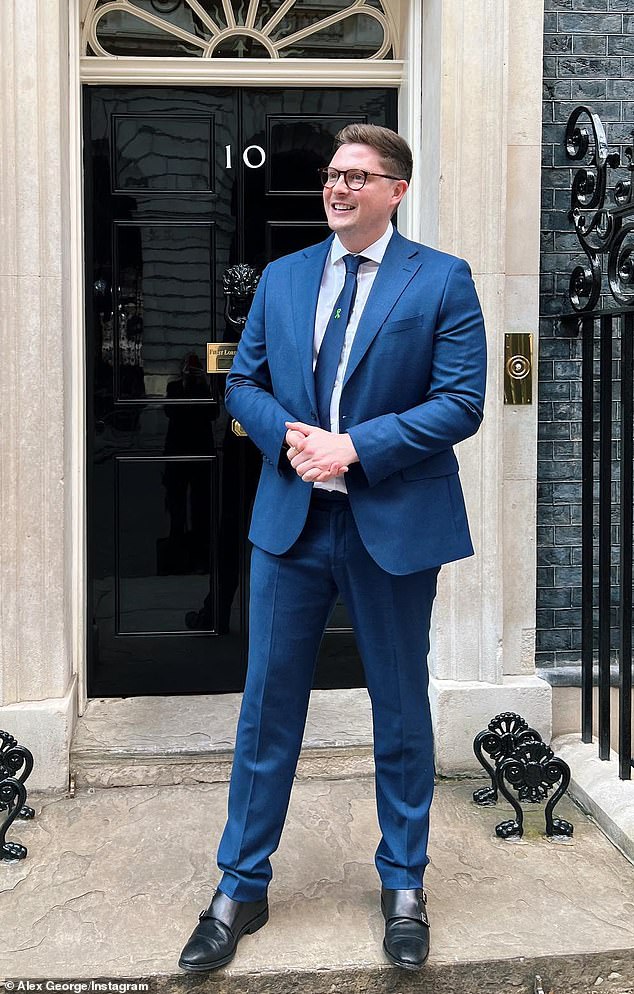 As an A&E doctor, Alex has long advocated for better mental healthcare.

His work now serves a greater purpose after he sadly lost his 19-year-old brother Llŷr to suicide in 2020.

Alex, who admits he asked to speak to a therapist after coming off Love Island, said he’s most concerned by people who don’t ask for help and could be suffering in silence.

He explained: ‘When I came off the show I thought’ gosh this has been a huge experience, I want to talk to someone. ‘

‘I asked for a therapist, and I had one within 24 hours of asking. 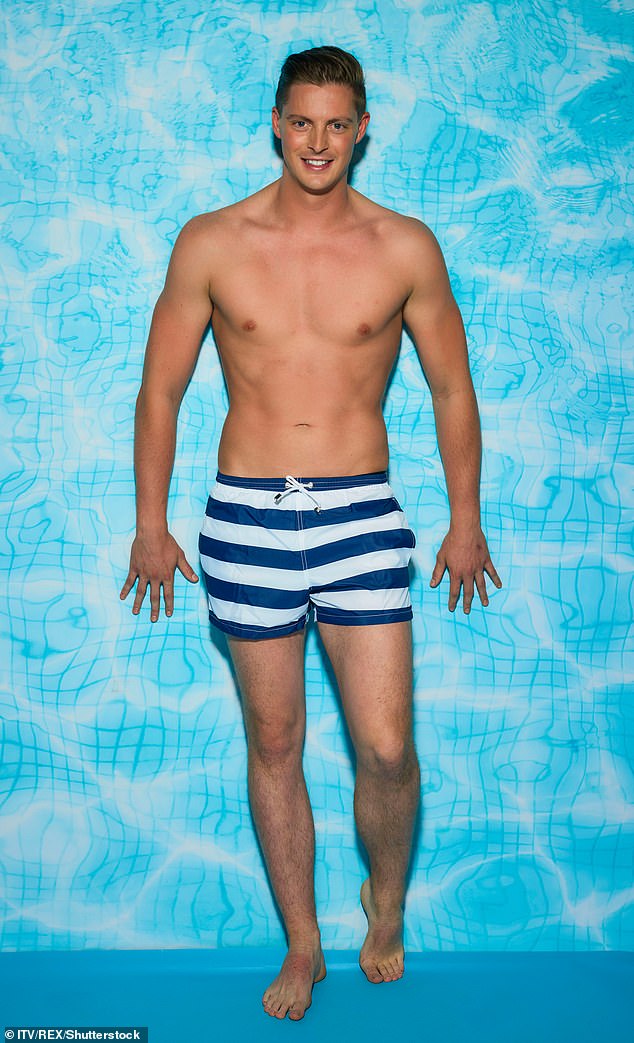 ‘I am an introverted person’: Alex admits it’s ‘weird’ he was ever on Love Island and says the show feels ‘a world away’ from where he is now in his career

With the 8th series of Love Island currently on TV, Alex, who hasn’t watched any of the show so far, admits it’s ‘weird’ he was ever part of the line-up.

Alex says he believes all types of professionals should have a chance to feature on the program, including medical staff like this year’s Paige Thorne, who’s a paramedic.

He said: ‘I didn’t apply for Love Island things happen in life, and you go down a different path

‘I am an introverted person, camera shy, hated public speaking and talking in front of people and now I’ve sat with the Prime Minster and gone on TV and hopefully that inspires people. 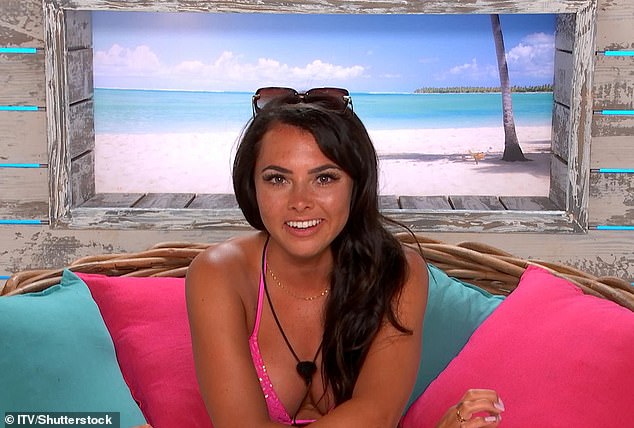 ‘Love Island should be for everyone’: Alex believes medical staff such as paramedic Paige should feel free to take part as long as they uphold the same ‘integrity’ they would do at work

‘It is odd I was on the show. Everything that’s happened is a part of my life and it’s made me who I am from being born, to medical school, going on Love Island… it is weird to look back though. It feels a world away.

‘Love Island should be for everyone. Pigeonholing people and saying certain professions can’t go on the show isn’t right.

‘I suspect when I came out of the show a lot of professions would have thought’ oh a doctor was on there ‘and hopefully, they’d have a different view.

On Tuesday, Alex is launching Royal Ascot’s first ever and low alcohol Mindful Drinking bar, which has been created by Harrogate Spring Water.

He will be joined by celebrity bartender Merlin Griffiths, who will be serving up delicious and alcohol-free cocktails for guests at the event.

He explained: ‘I’ll be helping with the Harrogate bar, which is a good idea.

‘Ascot and a few other events are associated with drinking and younger people are caring a lot more about mindful drinking and balance.

‘From this survey, 30 per cent of people believe the younger generation lead the way when it comes to mindful drinking. Particularly since lockdown people don’t want to have as many hangovers.

‘I have been drinking no alcoholic and low alcoholic beers for a while – I started a few years ago. As I get older, my hangovers affect me a lot more so there’s a good reason to be careful.

‘With some simple steps it is easier to do than people realise like having water between drinks and having low alcohol drinks, being mindful of knowing when to start.

‘The benefits of alcohol, feeling calmer or distressing, that comes after one or two drinks – not the 8th or 9th. Self-awareness is the most important thing. ‘