Leonardo DiCaprio fans have jokingly suggested that the Hollywood actor might soon break up with his model girlfriend Camila Morrone after she celebrated her 25th birthday on Thursday.

The playful online commentary has seen fans continue long-running jokes about the Titanic star’s predilection for younger women – with the 47-year-old having a notable history of ending relationships with previous lovers before they hit 25.

One Twitter user shared a TikTok video of the pair with the 1986 song, The Final Countdown by Europe, playing over a picture montage of the couple. 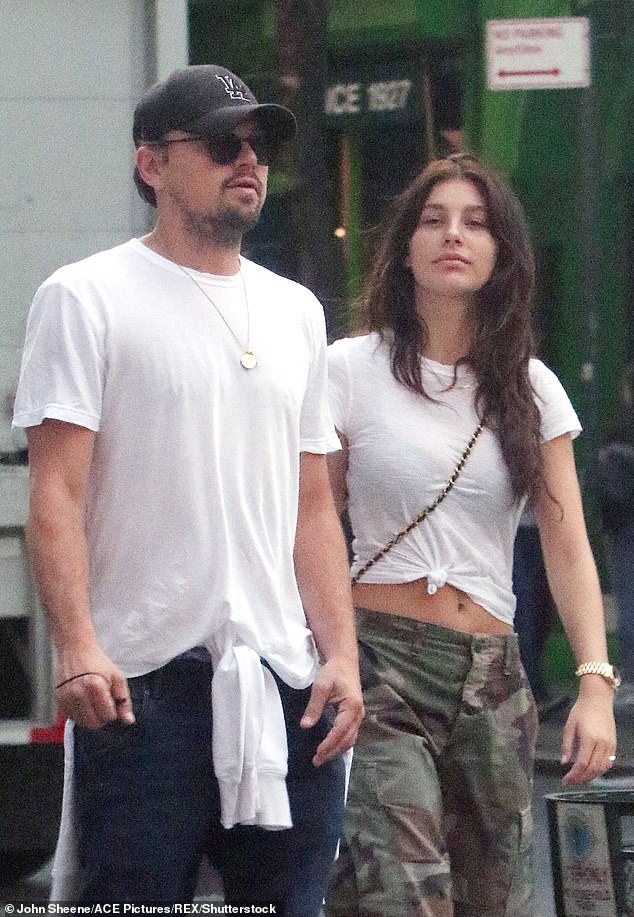 Don’t look up her age: Social media users have teased that Leonardo DiCaprio might soon split from his girlfriend Camila Morrone now she is 25 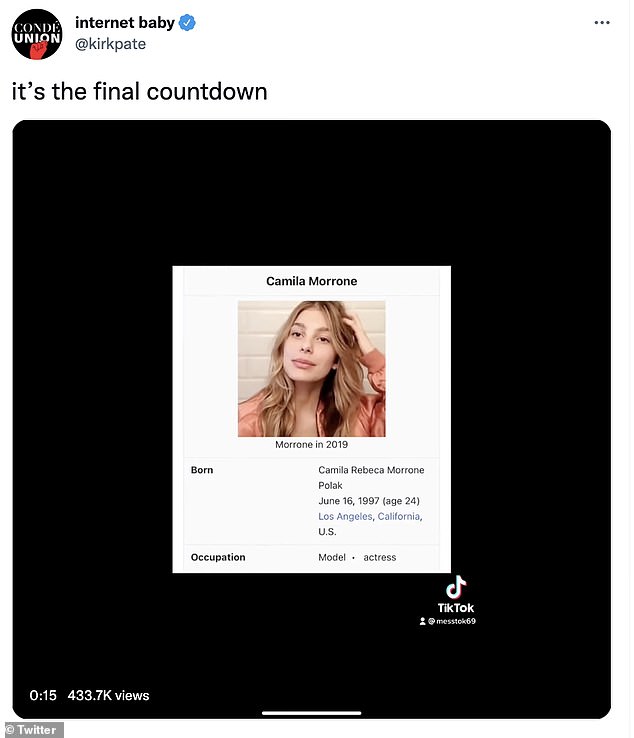 Game changer: The model, who turned 25 on 16 June, has reached the age where DiCaprio, 47, famously tends to end his romances

Followers were immediately amused by the song choice which made the clear joke that Morrone’s birthday could well spell the beginning of the end for her romance with the Oscar-winner.

One fan commented: ‘Happy Birthday sweetie !!! It’s time for us to break up ‘

Another noted: ‘her lease is almost up’.

‘If they make it one more year, it will be both his longest relationship, and she will be the first 26 year old he has dated,’ one fan stated.

On the look out: Twitter users couldn’t resist joking about the pair’s potential split

A fourth person added: ‘I have a feeling he might wait it out another year just so he can get the media off his back.’

‘My thoughts and prayers are with her,’ another joked.

Elsewhere one user tweeted a snap of the couple and a photo of a Wikipedia page, which specified Morrone’s age and birthday, before making another joke about the looming breakup.

‘Condolences in advance to this queen,’ they wrote. 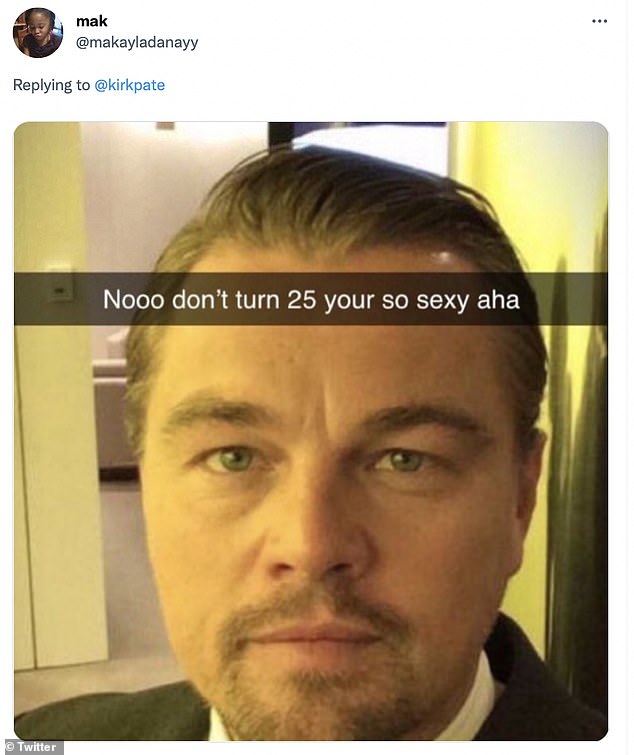 The chosen one? Some fans suggested that Morrone could break the pattern

His current love interest marked her big day with a post expressing gratitude for all the birtnday wishes she received from friends and fans.

The five-foot-nine beauty looked blissful as she shared new photos of herself rocking a plunging cheetah-print tank over a blue bra and freshly-dyed orange hair with a touch of pink in waves.

‘One quarter century down,’ she captioned a slideshow of selfies. ‘Thank you to everyone sending me bday love. Smiles from sunny Minnesota ☀️ ‘

In the snaps, the model can be seen softly smiling while standing on some porch stairs with a cloudy sky and several trees behind her. 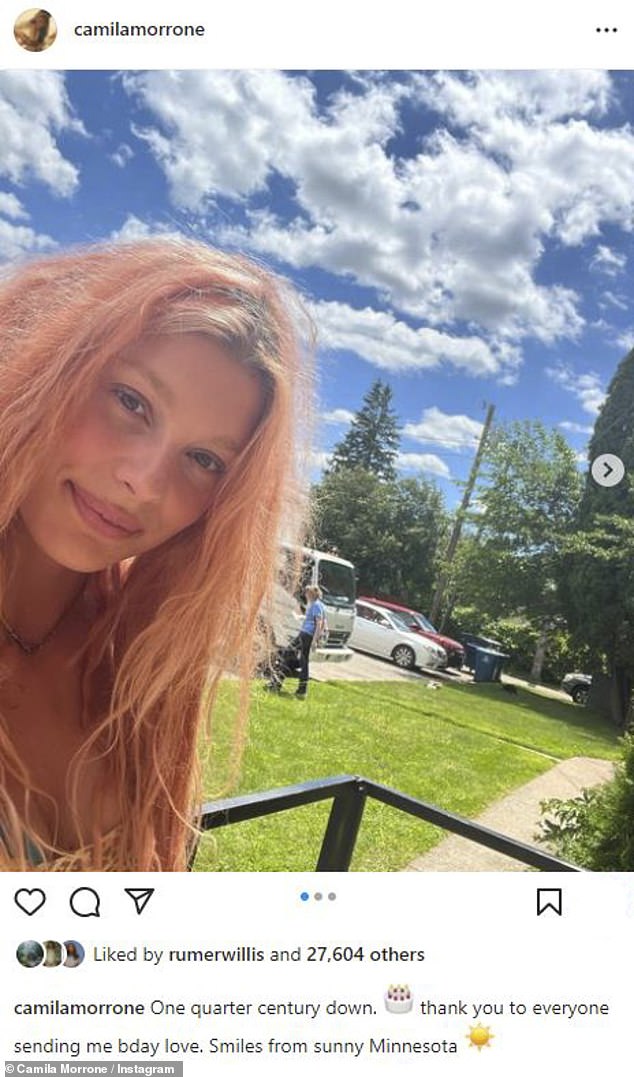 25 and fabulous! Morrone shared her gratitude for online birthday wishes she received from friends, fans and family 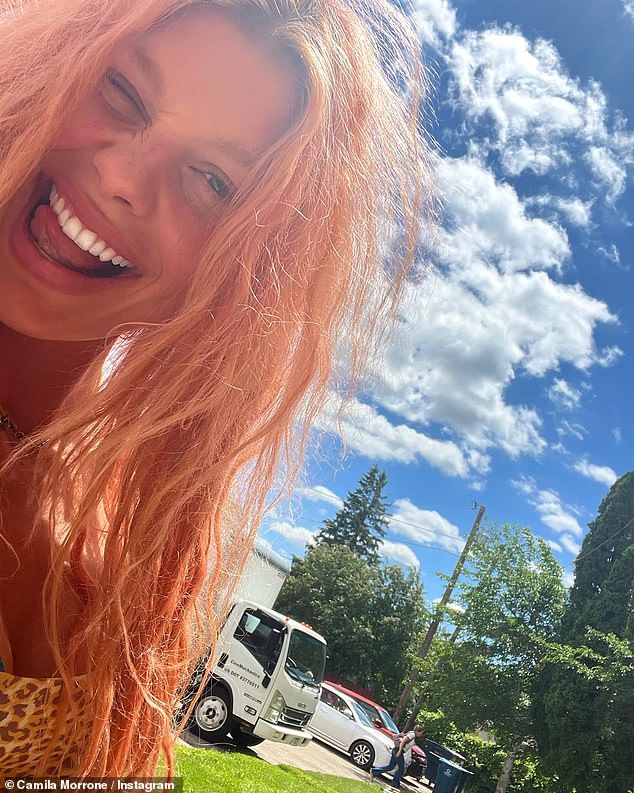 Birthday girl: The five-foot-nine beauty looked blissful as she shared new photos of herself rocking her freshly-dyed orange hair with a touch of pink in waves

The next two images, in the same location, showed her going from cutely scrunching her nose to grinning with her tongue out.

Her post garnered even more sweet messages from her more than 3.2 million Instagram, including Reese Witherspoon, Elle Fanning and Amy Schumer.

Morrone’s post comes less than two weeks after undergoing a major hair transformation for a new role, which she teased earlier this month.

‘Thank you to my sweet @ traceycunningham1 for spending so many hours of love and care turning me into this,’ she wrote under a series of snaps showing her colorful new locks. 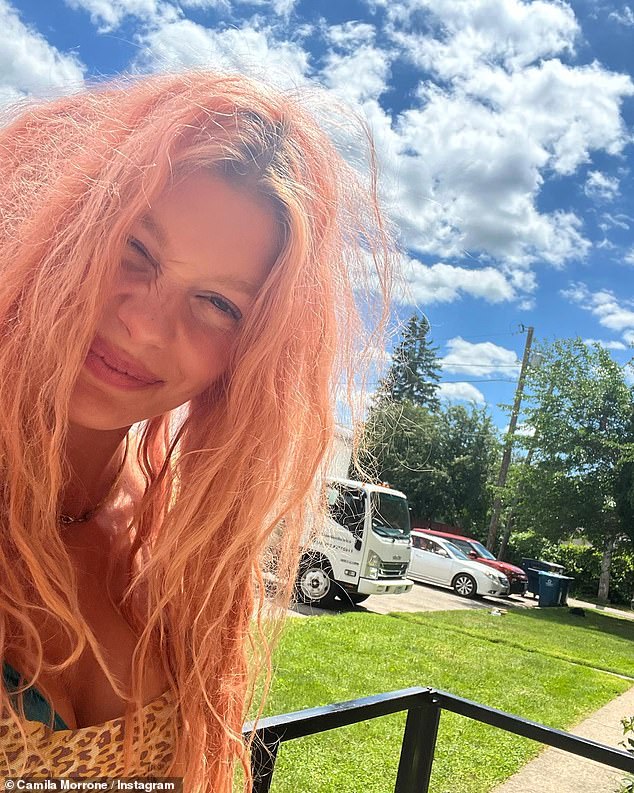 ‘One quarter century down,’ she captioned a slideshow of selfies. ‘Thank you to everyone sending me bday love. Smiles from sunny Minnesota ☀️ ‘ 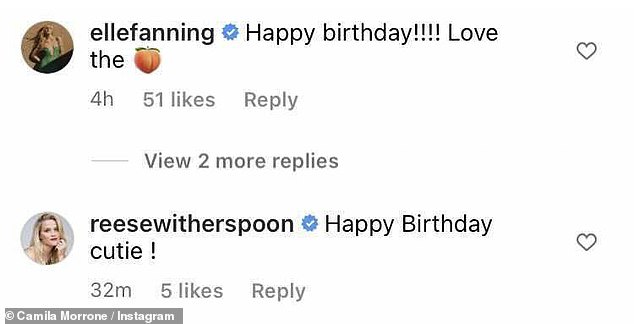 Loved by many: Her post garnered even more sweet messages from her more than 3.2 million Instagram, including Reese Witherspoon, Elle Fanning and Amy Schumer 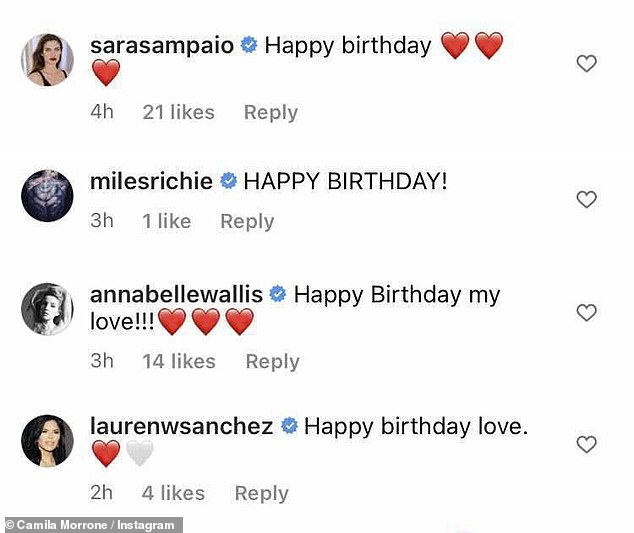 Sweet: Her Instagram page was flooded with sweet messages

She earned praise for her bold tresses, with Hailey Bieber commenting that she is ‘obsessed’ while supermodel Lily Aldridge wrote: ‘Loveeeeeeeee.’

Morrone, who has been the object of Leo’s affection since 2017, began dating the 47-year-old Oscar winner when she was just 20.

In 2019, she hit out at critics of their 23-year age gap during an interview with the LA Times.

‘There’s so many relationships in Hollywood – and in the history of the world – where people have large age gaps,’ she pointed out. ‘I just think anyone should be able to date who they want to date.’ 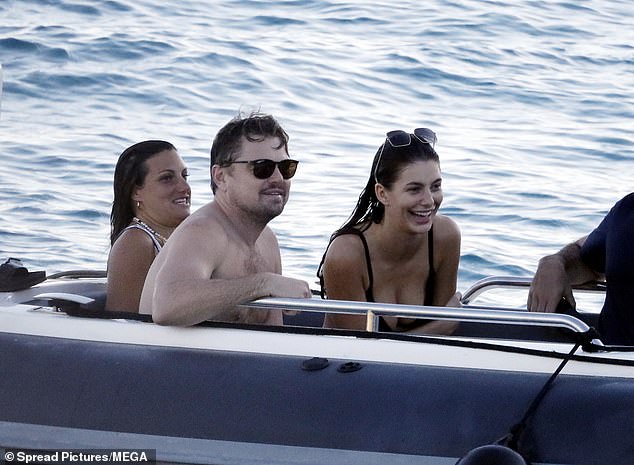 Smitten: Morrone, who has been the object of Leo’s affection since 2017, began dating the Oscar winner when she was 20 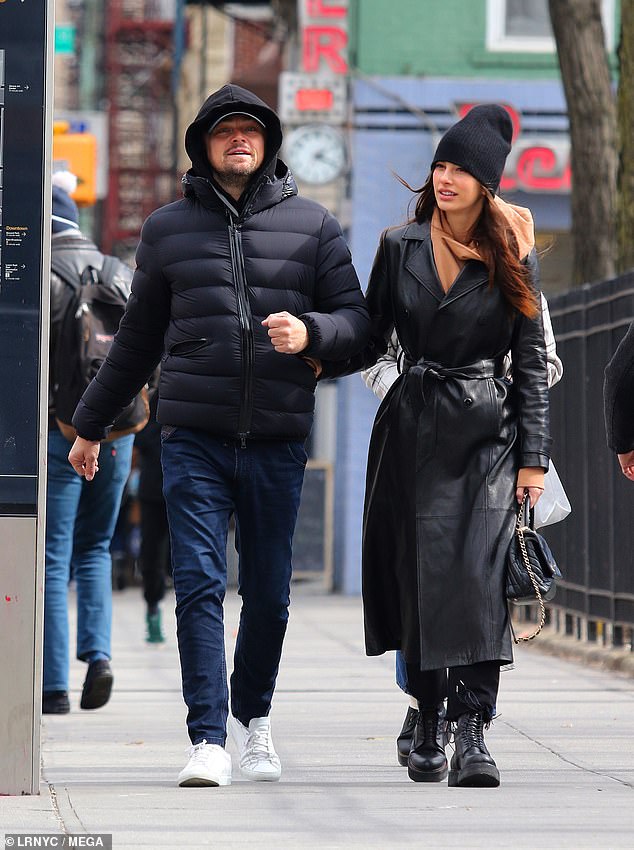 Loved-up: In 2019, she hit out at critics of their 23-year age gap during an interview

Though they only became romantic in 2017, Morrone’s step-dad Al Pacino had actually introduced them years ago.

And although they’ve attended many high profile events, the two always make a point to walk the red carpet separately.

Back in March 2022, Oscars co-host Amy Schumer made a quip about the star’s love life during the opening monologue as she stated: ‘Leonardo DiCaprio is doing so much for the planet. He will leave it in a better shape for his girlfriends. ‘