Kylie Jenner was seen in a chic outfit when she hit a birthday party for her friend Stassie K in Los Angeles on Thursday night.

It turned out to be quite the bash with her sister Kendall Jenner and beau Devin Booker in attendance as well as Khloe’s ex Tristan Thompson there. Addison Rae and her boyfriend, Diplo, Chantel Jeffries and G-Eazy rounded out the list.

And there was another partygoer who stood out: Kylie’s ex Tyga, who has a baby with her brother Rob Kardashian’s ex Blac Chyna. 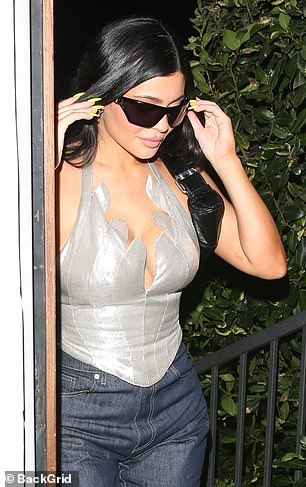 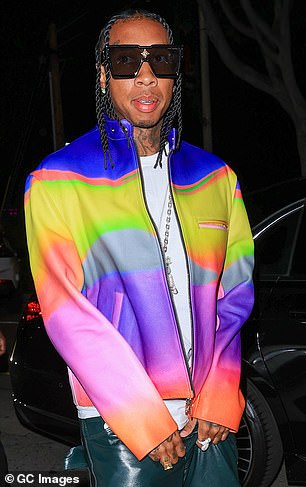 Nice to see you again! Kylie Jenner was at the same party in Los Angeles on Thursday as her ex-boyfriend Tyga

There was no sign of Jenner’s baby daddy, rapper Travis Scott, whom she has two children with: Stormi and the boy formerly known as Wolf.

The 24-year-old Kylie Cosmetics mogul was not seen talking to the singer.

A year ago in June 2021 she told Andy Cohen during a Keeping Up With The Kardashians special that she would not call Tyga a pal. 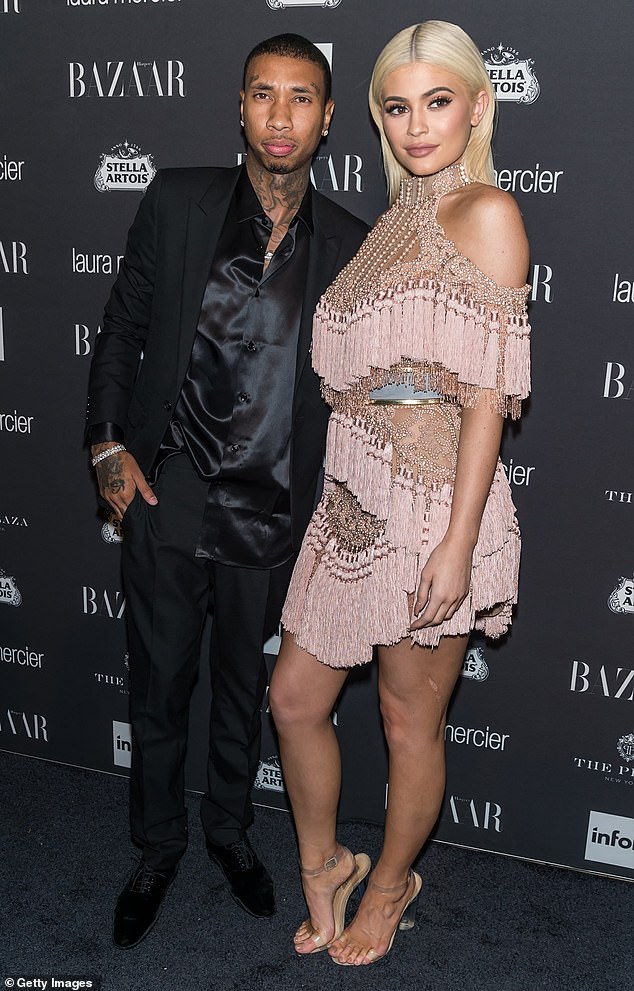 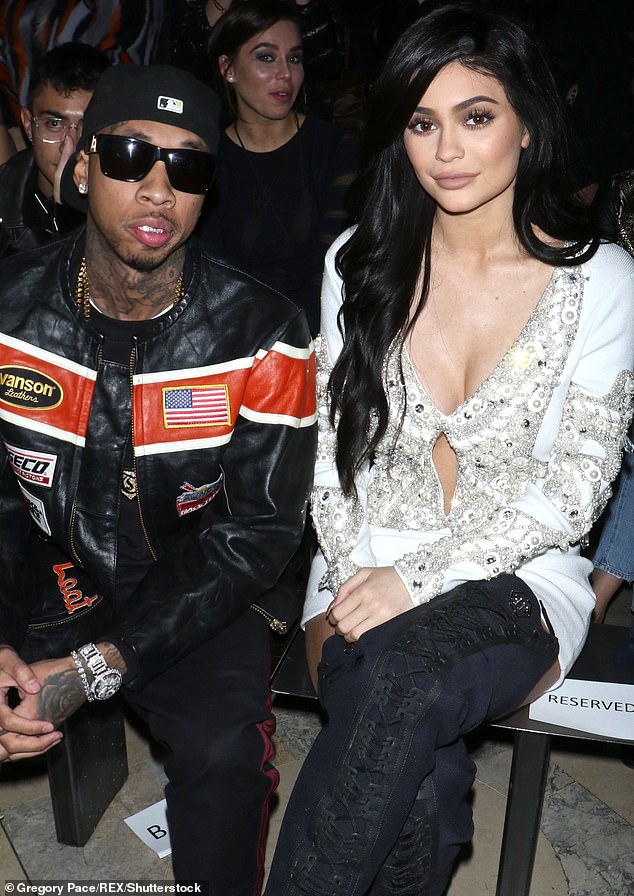 Bad blood: A year ago in June 2021 she told Andy Cohen during a Keeping Up With The Kardashians special that she would not call Tyga a pal. Seen in 2017 in NYC

‘We’re not friends,’ the star told host Cohen. ‘But we are OK. If I see him out or if I run into him anywhere, you know, I always wish him well. I have no bad feelings towards him. ‘ 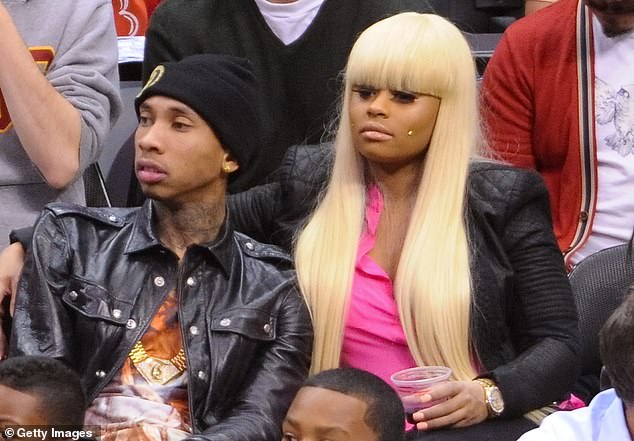 Stranger than fiction: Blac Chyna has a son named King Cairo with Tyga; seen in 2012 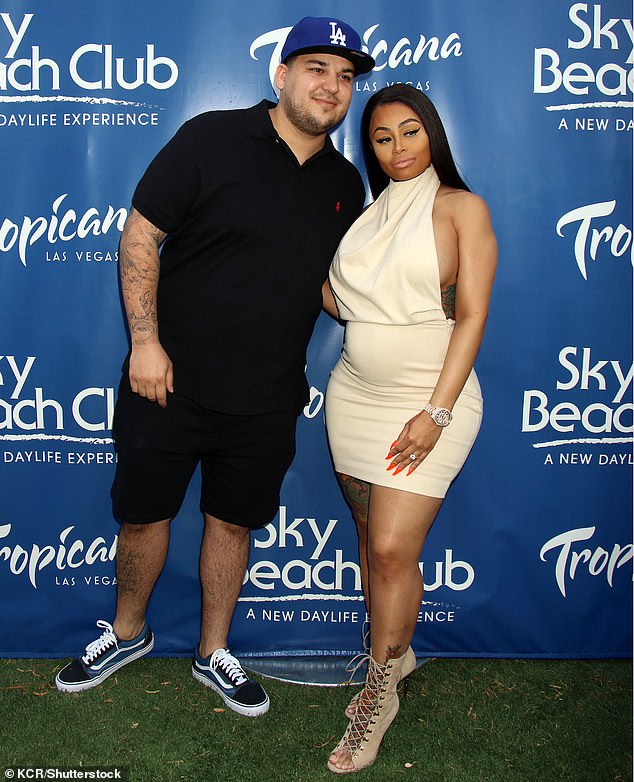 She is a busy lady: And then the model moved on to Rob Kardashian; seen in 2016

They also starred on the KUWTK spinoff Rob & Chyna which lasted one season.

Chyna recently tried to sue the Kardashian family for $ 100m for defamation, but lost.

Kylie started dating Travis in 2017, and they have since welcomed two children but don’t seem to be married or even engaged.

Also at the party was Kendall, 26, who put on a very leggy display in a striking silk mini dress. 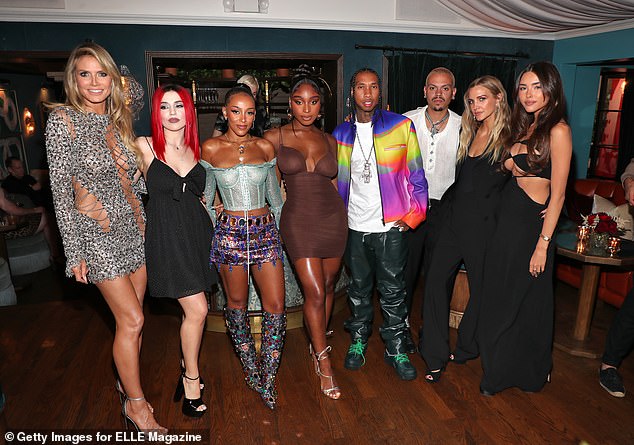 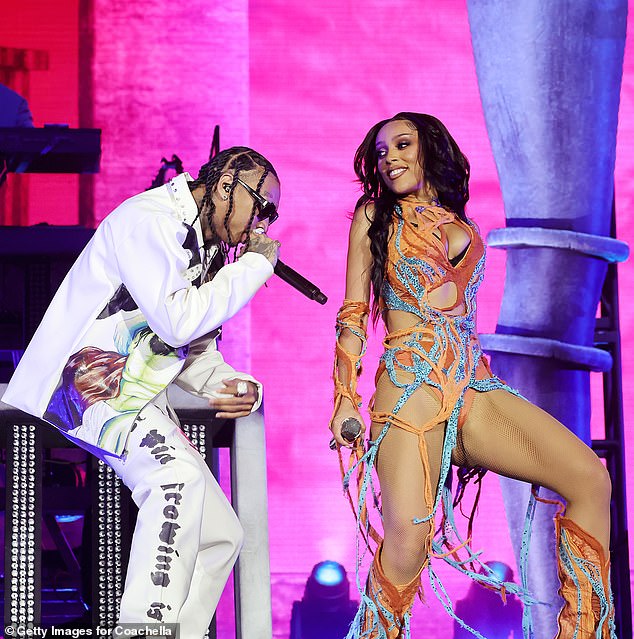 Still a top act: (LR) Tyga and Doja Cat perform onstage at the Coachella Stage during the 2022 Coachella Valley Music And Arts Festival in April

Supermodel Kendall didn’t disappoint in the fashion stakes as she too set pulses racing in a silky dress.

Emblazoned with an abstract print the star layered the look over a white vest top as she slipped her feet in black boots.

Choosing a gorgeous make-up look with a contoured complexion and a splash of mascara, the reality star wore her dark tresses slicked back into a bun.

Kendall was joined at the soiree by her NBA player boyfriend Devin Booker, 25, who graciously escorted his partner to the car. 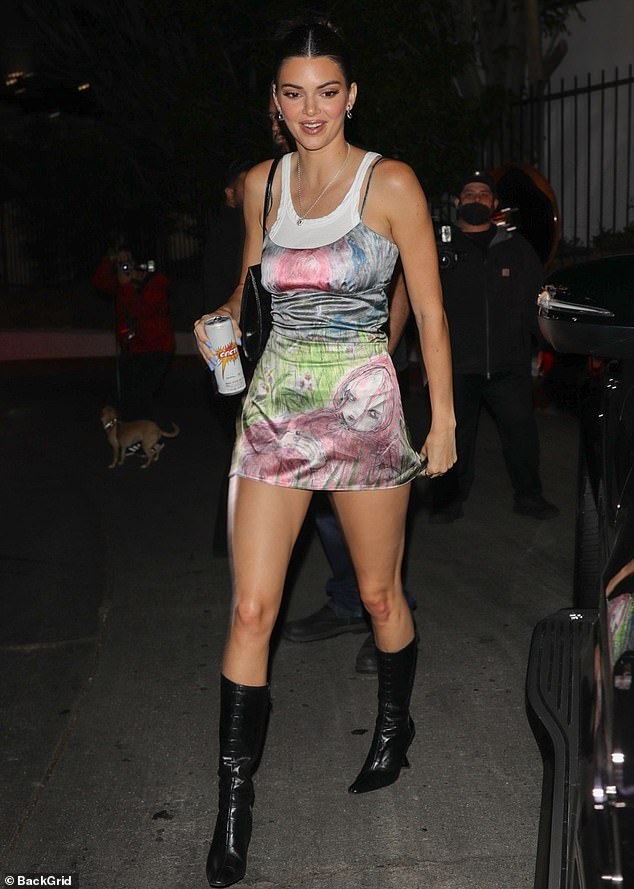 Party time: She was joined leggy sister Kendall, 26 for a friend’s birthday party

The sisters ran into Tristian.

It is just a day after fans were offered a glimpse into his cheating scandal on their Hulu reality show.

The professional basketball player offered his coagulations to the guests of honor before reportedly leaving 10 minutes after Kendall and Kylie arrived. 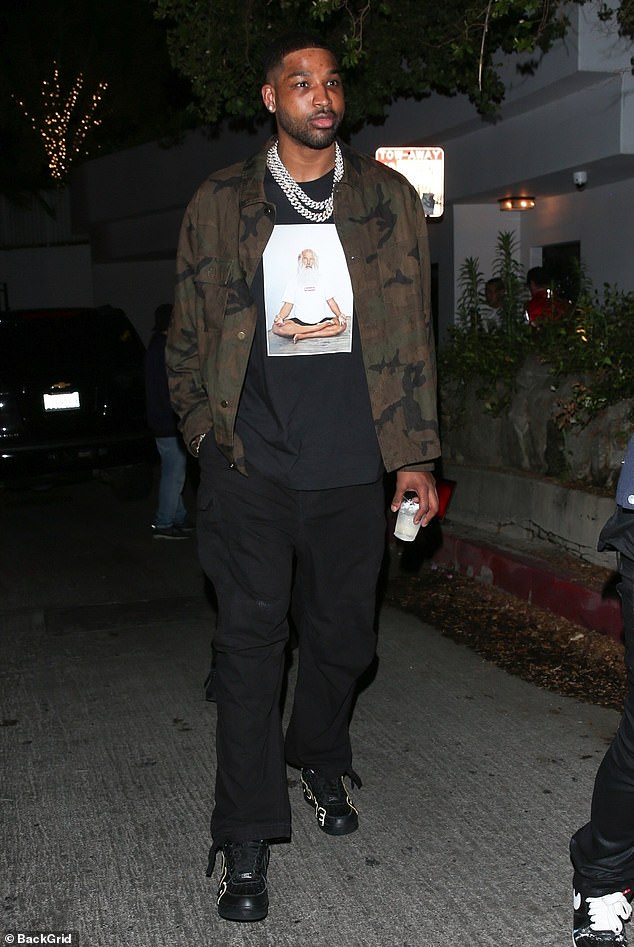 Awkward: The sisters ran into Tristian Thompson (pictured) just a day after his bombshell paternity exposé scandal aired on their Hulu reality show, The Kardashians 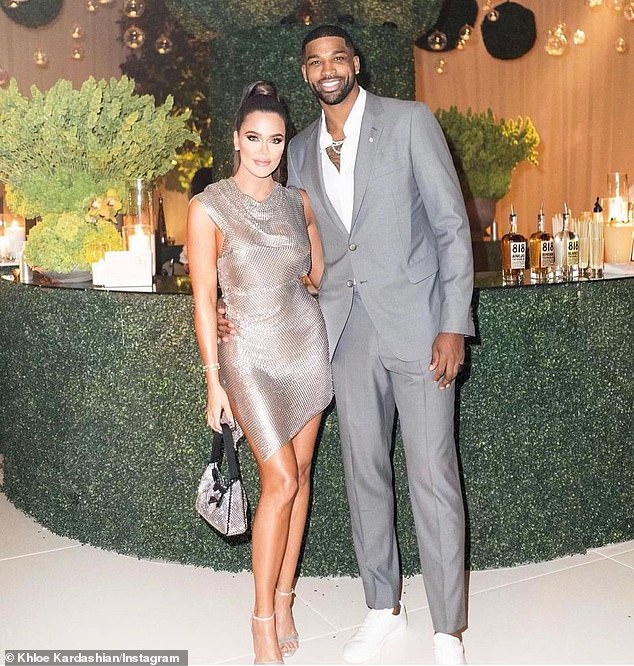 He messed this up: He used to date Khloe Kardashian and has a baby with her

The closing scenes of the ninth episode of the Hulu series saw cameras dashing to Kim’s gym in the early hours to capture the star’s reaction to the Daily Mail’s exclusive December 2021 report about a paternity lawsuit involving Thompson, 31, and Houston-based personal trainer Maralee Nichols , 31.

After sharing the news with an equally shocked Kourtney and Kylie, the sisters branded Tristan ‘the worst person on the planet’ for cheating on Khloe for a third time and fathering yet another child, with Kim summing up her feelings for Tristan succinctly: ‘F ** k him. ‘

Khloe had revealed that, ‘everything in my life is in a really good place right now,’ after attending a photo shoot for her Good American brand, but the next morning, she learns that Tristan has cheated on her for a third time.

The final scenes of the episode cut to 6:30 am the following morning, as a producer tells the camera crew to ‘get to the gym right now,’ insisting, ‘I don’t know what’s going on.’