A young jockey who is fighting for life after being kicked in the head by a horse had married the love of her life just a few months ago when the freak accident occurred.

Juana Andreou, 28, was rushed to the Royal Melbourne Hospital in a critical condition on Monday after suffering a severe injury while clipping a horse at Flemington.

The incident marked the end of a horror week in the racing industry which saw Ms. Andreou become the third female jockey to be hospitalized within the space of two days.

Shattered friends have rallied to support Ms. Andreou, who is now stable but remains in an induced coma, having undergone two surgeries to stop the bleeding and reduce pressure on her brain.

On April 22, the athlete exchanged vows with her husband Jesse Hemmens at an intimate vineyard ceremony in Victoria’s Yarra Valley in front of family and friends. 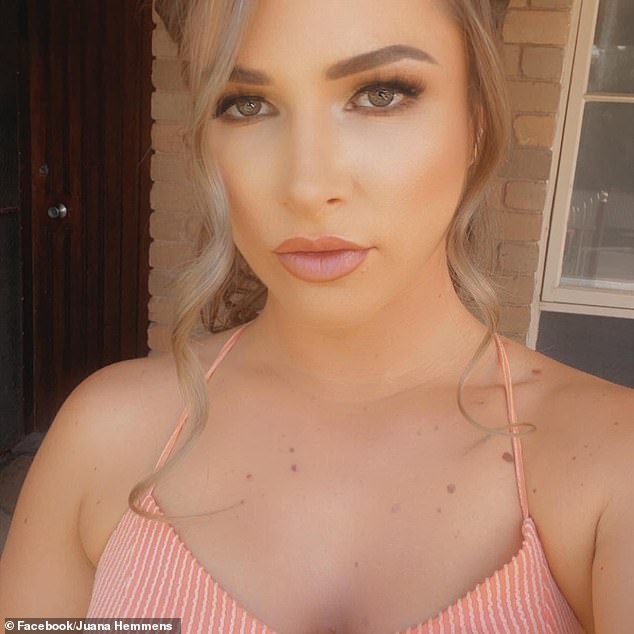 Juana Andreou, 28, (pictured) is fighting for life after she was kicked in the head while grooming a horse

Photos posted on social media show the couple beaming as they walked down the aisle hand-in-hand – the new Mrs. Hemmens clutching a bouquet in her right palm while her husband gripped their wedding certificate.

But less than three months on, the couple’s lives have been rocked by tragedy as Ms. Andreou fights for her life and her husband also receives hospital treatment for a long-term medical condition.

‘This is a horrible time for Juana’s family and friends,’ friend Daniel Deleo wrote on her GoFundMe page.

Her husband has also struggled with his own medical issues, which have consistently seen him in and out of the hospital over the past few years.

‘Jesse is by Juana’s side, supporting his wife. [But] unfortunately, Jesse’s medical condition will not see him working for the next 2-3 months at a minimum.’

Devastated friends have jumped online to pay tribute to the athlete and send their well wishes as she and her family brace for the long road to recovery ahead.

Bulla Adult Riding Club said Ms Andreou was a fairly new member, but had been ‘a wonderful asset always volunteering her time’. 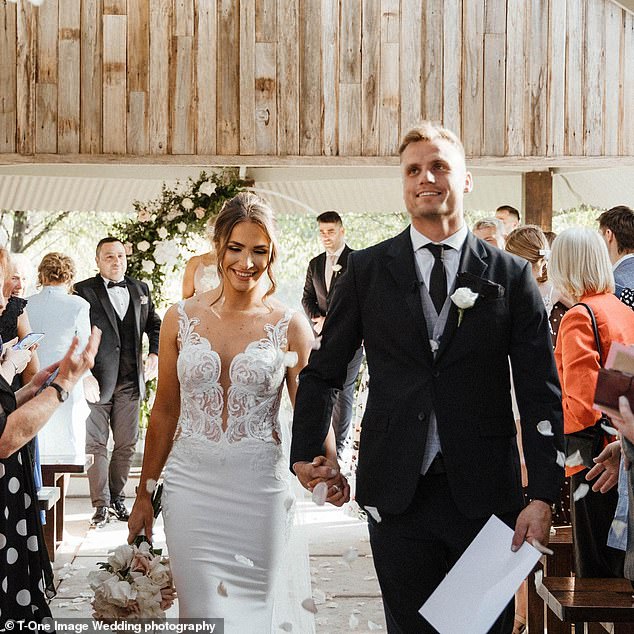 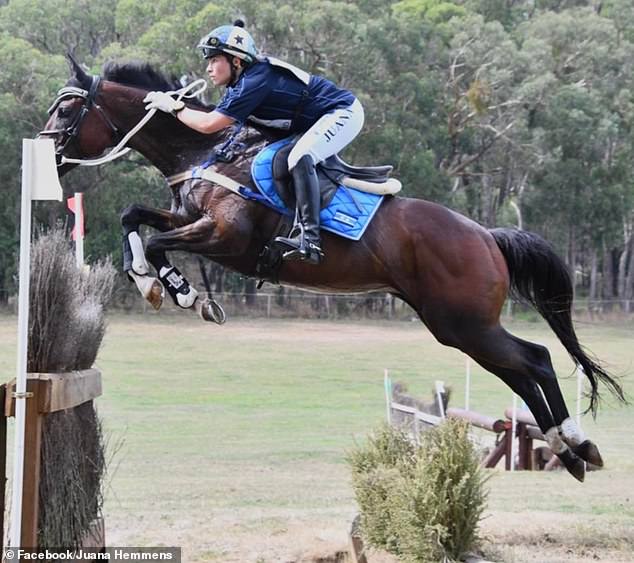 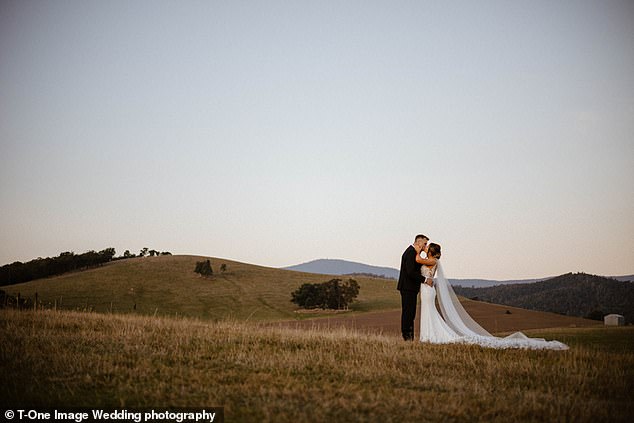 Mr. Hemmens is also currently unable to work as he battles with a long-term illness which has seen him repeatedly hospitalized over the past few years

The club said she has also been very successful competing, recently winning level 1 at their horse trials.

‘She has an awfully long road to recovery and her beautiful Thoroughbred, High Valley, will be missing her greatly,’ the club wrote on Facebook.

‘Please keep her in your thoughts.’

Osborne Racing said Ms. Andreou rode for the stable in both races and jumped out since she moved into the Macedon Ranges area.

In more recent times, Juana has also done plenty of pre-training for Osborne Racing. Horses also spent a few days at Juana’s following a race to “chill out”.

‘She has also provided plenty of support to many of the trainers at Kyneton,’ they said.

‘We wish Juana all the best in her recovery.’

A GoFundMe page was set up by Mr. Deleo on Thursday to raise money for Ms. Andreou’s surgery, treatment, and other living expenses for the couple during this time, which has already garnered more than $36,000 of its $40,000 goal.

Ms Kilner was placed into an induced coma at Brisbane’s Princess Alexandra Hospital after suffering brain injuries when she fell from Stella’s Turn at the third track race in Grafton, her home track, last Sunday. 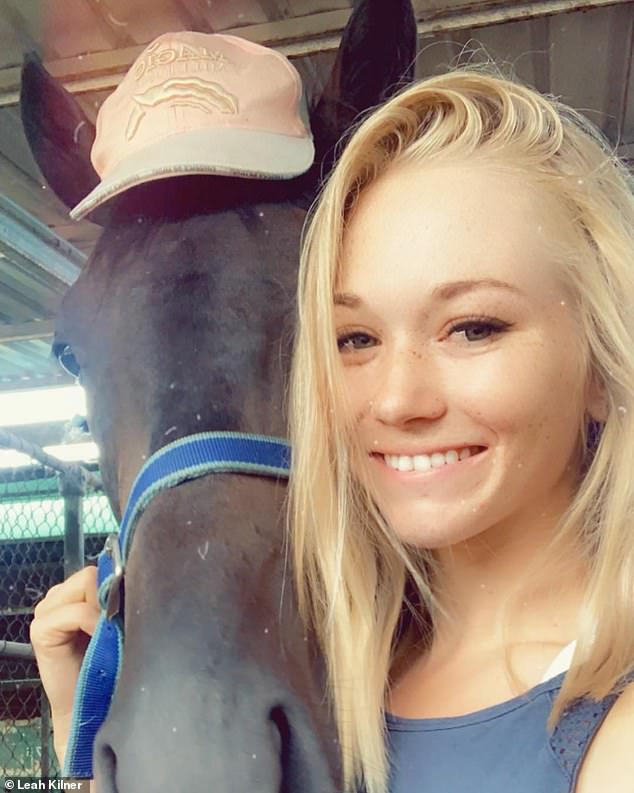 The two-year-old horse had to be euthanized after its fetlock was completely dislocated during the fall.

Ms Kilner, who also suffered a broken collarbone, ribs and leg injuries, gave her family and friends a ‘wave of hope’ on Tuesday after she squeezed her mother Siobhan’s hand.

On Sunday, a week after the incident, her manager Brad Glendenning announced that doctors are gradually bringing her out of sedation as they assess for any potential head injuries.

‘Leah’s breathing tube has been removed and she will be leaving the ICU and going to the High Dependency Ward,’ Mr Glendenning told the Herald Sun.

‘She will be monitored closely during this time.’

Ms Meredith was taken to Newcastle’s John Hunter Hospital with brain injuries and placed into an induced coma after her mount Starlink fell at the Gunnedah races on Monday.

Scans revealed that she had suffered two contusions on her brain, but later tests cleared her of other significant injuries including fractures.

In good news, Racing NSW revealed in an update on Tuesday that she was improving, saying ‘Elissa is comfortable and remains stable at John Hunter Hospital’. 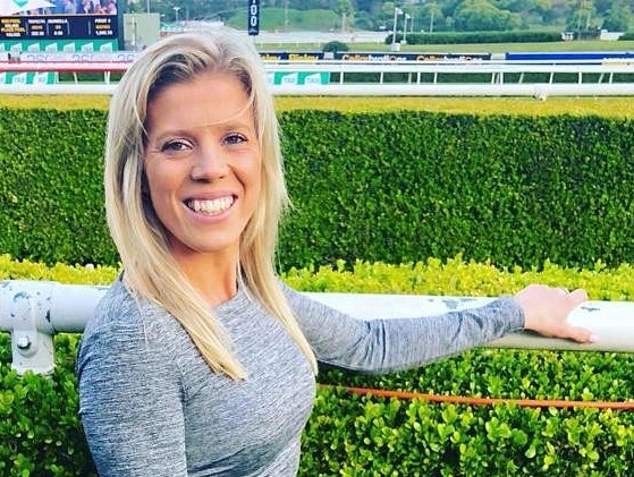 Elissa Meredith, 27, (pictured) is in an induced coma but is stable after falling during a Gunnedah race on Monday