A total of 100 cash machines have been installed across Britain since October 2019 at the request of the local community, according to Link, Britain’s largest ATM network.

The 100th machine was installed in Handsworth, Birmingham, as part of a wider bid to counter the wave of bank and ATM closures sweeping the nation.

As many as five million people are estimated to be at risk of being left behind as Britain marches towards a cashless society, according to Link.

Some 6,500 free-to-use cash machines have disappeared, either through converting to paid-for options because they’re too costly to run otherwise, or by being shuttered, since the beginning of 2019, according to Link. 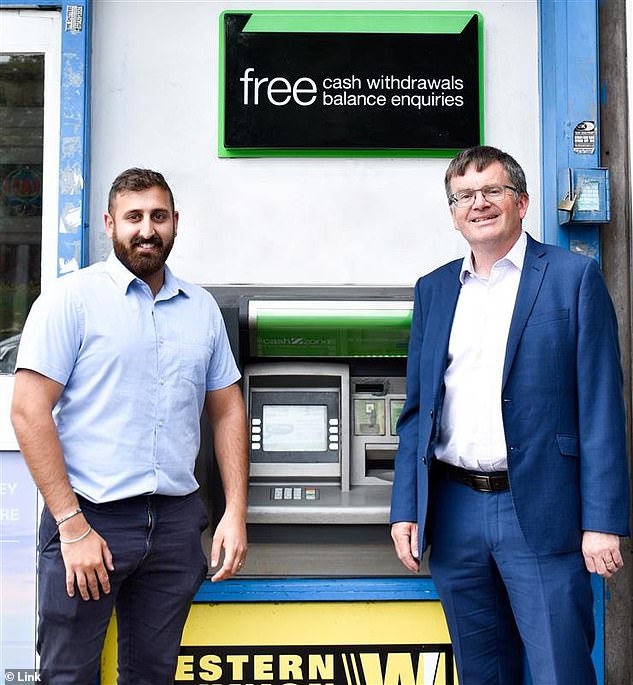 Cashback: The 100th machine has been installed in Handsworth, Birmingham following a community request after a nearby alternative machine began charging

To help alleviate this crisis, since October 2019, Link has been inviting people to report when their local community has been left without access to nearby cash.

More than 4,500 people have been in contact since that date with each and every request being assessed by the team at Link.

In many cases they are rejected – often because there are already machines within one kilometer – the metric the ‘request an ATM’ scheme often uses.

However, thanks to the service, there are now 100 free to use ATMs serving communities which otherwise would not have free access to cash.

In total, the machines have served one million customers and over £65 million has been withdrawn from them.

The most recent ATM installation in Birmingham is based on the Holyhead Road near The Hawthorns, home of West Bromwich Albion Football Club.

The new free to use ATM was installed following a community request after a nearby alternative machine started charging.

Of the ATMs that are installed, 41 machines have replaced an ATM which was previously charging but is now free including Abertillery, Glasgow and Nuneaton.

Some communities have saved as much as £20,000 a year because of that change.

The average community where Link has done this has saved over £8,000 a year in transaction fees meaning more money for residents and more cash circulating in the local economy. 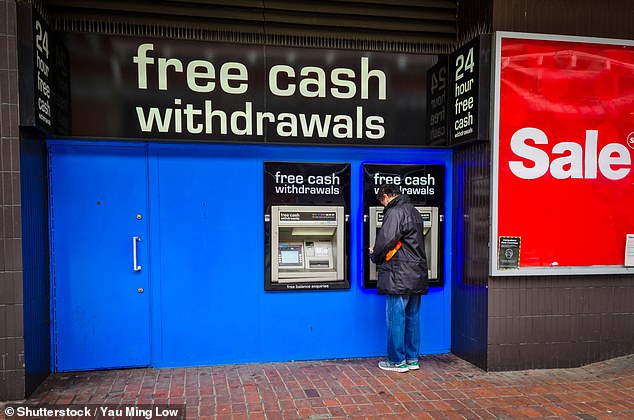 Thanks to the service request, ATMs have been installed in rural locations with poor access to cash, places where geographic barriers make it difficult to access cash

John Howells, chief executive at Link said: ‘There are 10 million people who would struggle in a cashless society and we know firsthand how important the local ATM, bank branch or Post Office is to millions of consumers.

‘For many, especially those who are older, disabled or living on lower incomes, there is still no substitute for cash.

We’re pleased to see the government is bringing forward legislation to protect access to cash. It means Link can continue to support communities like Handsworth and others across the UK.’

THIS IS MONEY’S FIVE OF THE BEST CURRENT ACCOUNTS

Chase Bank’s will pay £1% cashback on spending for the first 12 months. Customers also get access to an easy-access linked savings account paying 1.5% on balances up to £250,000. The account is completely free to set up and is entirely app based.

Virgin Money’s M Plus Account offers £20,000 Virgin Points to spend via Virgin Red when you switch and pay 2.02 per cent monthly interest on up to £1,000. To get the bonus, £1,000 must be paid into a linked easy-access account paying 1% interest and 2 direct debits transferred over.

HSBC’s Advance Account pays £170 when you switch to the account. You need to set up two direct debits or standing orders and pay in at least £1,500 into the account within the first 60 days.

First Direct will give newcomers £150 when they switch their account. It also offers a £250 interest-free overdraft. Customers must pay in at least £1,000 within three months of opening the account.

Nationwide’s FlexDirect account comes with up to £125 cash incentive for new and existing customers. Plus 5% interest on up to £1,500 – the highest interest rate on any current account – if you pay in at least £1,000 each month, plus a fee-free overdraft. Both the latter perks last for a year.