More motorists need to hold their nerve and appeal unfair parking charges. Money Mail analysis shows that few people contest their parking tickets. Yet they have more than a 50 per cent chance of success if they do.

Keeping up the fight is more important than ever since the Government temporarily withdrew vital new rules to protect the nation’s 36 million drivers from cowboy parking practices.

It’s a devastating blow for the tens of thousands of drivers slapped with obscene charges every year for innocent mistakes.

Contested: For penalty fines relating specifically to parking, the success rate for appeals to London Tribunals is 51%

The Government introduced the Private Parking Code of Practice in February —designed to take full effect at the end of 2023, giving operators time to comply.

But parking firms have taken legal action against a proposed cap on fees. This essentially presses pause on the new code while the Government conducts a further review.

New rules include clear signage and compulsory grace periods so no one is unfairly charged for running a few minutes late.

They would also pave the way for a single independent appeals service. Operators which fail to follow the rules could then be banned from issuing parking charges altogether.

But while new consumer protections are on hold, parking perils rumble on. And firms profit mercilessly from simple human errors.

So anyone who feels they have been unfairly targeted should strike back.

Consumer expert Martyn James says: ‘Don’t delay – make your complaint straight away.’ It’s free to argue your case and the charge won’t increase while matters are being investigated. 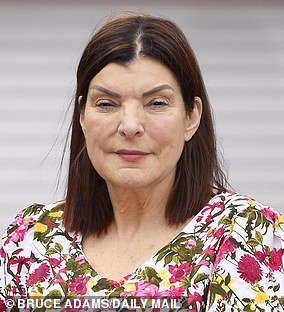 Shock: Ann Marie White was hit with a £ 394 demand from Warrington Borough Council

NHS nurse Ann Marie White was hit with a £ 25 fine after failing to display a ticket at a station car park in 2020.

The 64-year-old (pictured) made the payment by credit card within a fortnight, before it doubled to £ 50.

But last month the Warrington Borough Council sent an enforcement officer to her home who told her the charge had increased to £ 394.

Ann, who lives in Warrington, says: ‘I did explain that I paid the fine and could show him a screenshot of my payment, but he was adamant that I had to pay.’

When Money Mail contacted the council, it said it had issued a second parking ticket in 2020, which she hadn’t paid.

But Ann claims she never received any correspondence about another penalty.

A council spokesman says it will be refunding her the additional fees added to the second fine, so that she will only pay £ 25.

He adds: ‘We acknowledge that given both fines were issued within a short space of time, it is likely this may have caused confusion.’

Money Mail has heard from dozens of readers affected by rogue practices.

Many are tired of the nitpicking after being convicted for slipping tickets from the dashboard. They are then pursued for money even after showing evidence of having paid to park.

Parking firms have also come under fire in recent years for trying to force more people to use smartphone apps – which isn’t always easy for older people.

One blue-badge holder, a driver in his 80s, was charged £ 100 for spending too long inflating his tires at a petrol station.

He stayed beyond the permitted 20 minutes because he had taken a bad fall and needed time to recover.

Another reader paid her initial fine for parking at a station – but was still then chased by debt collectors. And one unhappy motorist was told his ticket had been cancelled, only to then be chased for payment.

Worried because the charge had gone up, he paid. At which point the operator agreed that in fact his ticket was cancelled.

But after 111 days he was still waiting for the company to refund his money.

Some drivers have been caught out because they didn’t pay within ten minutes of arriving at a car park – even when there was a long queue and only one ticket machine working.

Others have been caught out by ‘fat finger’ errors. Having typed their vehicle registration number into the ticket machine, one letter or digit was wrong. This paves the way for penalties, no matter how honest the driver. 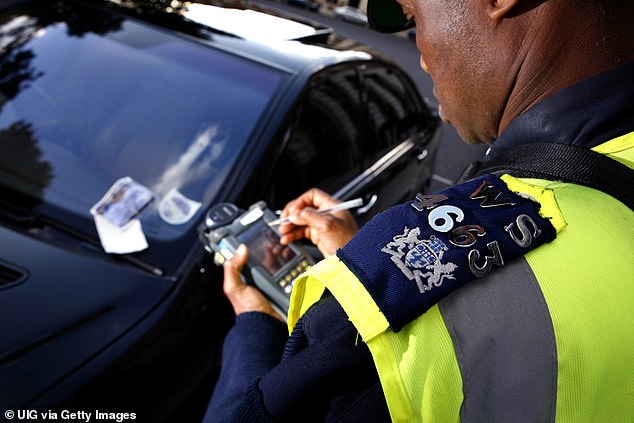 Deciding how to tackle an unfair parking charge depends on the type of ticket.

Many local authorities in their pursuit of parking ticket income act unfairly in dealing with motorists. The behavior of many private parking companies is even worse. ‘

Check what is written on the ticket itself. It’s only official if it features the word ‘penalty’.

This means that it has been issued by a local authority and is an official penalty charge notice, or PCN for short. If you think your PCN is wrong, appeal first to the local authority that issued it.

Include any evidence – such as photos and witness statements, as well as details including your car registration number, PCN number and your contact information.

If you’re unsuccessful at the end of the first stage, there’s usually still an option to pay a fine at a discounted rate of 50 per cent.

But if you’re adamant about taking it further, you have another 28 days to make a free formal appeal. Should this be rejected too, there is another step.

You can refer to an independent tribunal. In London this is the London Tribunals service, in England and Wales it is the Traffic Penalty Tribunal. In Scotland, motorists have 28 days to appeal to the General Regulatory Chamber.

For penalty fines relating specifically to parking, the success rate for appeals to London Tribunals is 51 per cent.

There were 7,496 parking appeals won out of 14,702 decisions made. But nearly three million parking PCN’s were issued in the financial year to 2021.

The success rate for drivers appealing to the Traffic Penalty Tribunal is higher at 64 per cent. 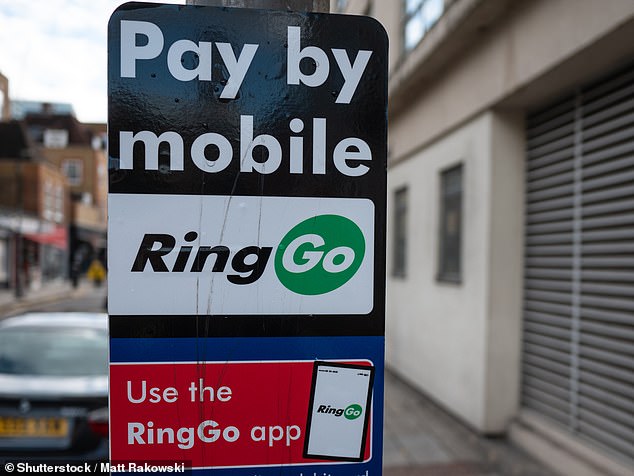 Tech required: Parking firms have also come under fire in recent years for trying to force more people to use smartphone apps

If you have received a ticket for parking on private land, the rules are different. In these cases, rogue operators flourish and can exploit drivers’ ignorance of different parking ticket features.

Martyn James says: ‘Private parking fees are tickets – or invoices – not fines. They can be pursued legally though. ‘

He adds: ‘Some tickets mirror the look, style and even typeface of council tickets – quite deliberately – so people are confused about their rights.’ Though a parking charge notice has the same initials as a PCN, they’re not the same.

In the absence of the word ‘penalty’, it’s a private operator ticket, not a council fine. If you identify one of these, it’s important to find out whether the company is part of an accredited trade association.

If it isn’t then don’t write to the company unless they write to you. The company can’t access your address from the Driver and Vehicle Licensing Agency, so writing to them gives information they didn’t have and a way to hassle you.

If the operator is a trade association member, appeal to the company about your ticket first. You can check if a firm is a member of the British Parking Association at britishparking.co.uk or email [email protected]

Its members issued four million tickets in 2020 but less than a quarter made the leap to appeal. For those who did, 51.7 per cent were successful.

A tiny 1 per cent took their cases to the Parking on Private Land Appeals service, also known as POPLA. Its most recent figures show that out of 61,214 appeals handled in a year, 37 per cent were successful at this end stage.

Another trade body is the International Parking Community, which refers complaints to the Independent Appeals Service.

To give yourself the best chance of victory with an appeal, Mr James suggests ‘turning detective’.

He says: ‘Collect evidence about where you were if the fine is applied to you incorrectly. Mistakes can and do happen, so don’t lose your temper if you get ticketed.

‘Grit your teeth and make detailed notes. Don’t get into fights with parking attendants, just take down their details and use them in the complaint. ‘

For step-by-step information about how to deal with unfair parking charges, visit citizens advice.org.uk/law-and-courts. You can also get help from the online complaints service Resolver.co.uk.