Ruthless bikie gangs recruited housewives and the unemployed to launder drug money through pokie machines, until the scam was derailed by high-tech detective work.

Drug dealers used the money laundering mules to fill up pokie machines in local clubs with the dirty cash…but never actually played the machine itself.

Instead the mules would get the machine to print out a ticket showing how much money they had in credit – and take the ticket to a cashier who paid out the cash.

The long-established and near-foolproof system – which allows the cash to be washed and claimed as gambling winnings – has been running for years.

But the NSW Crime Commission used the pandemic lockdowns to prepare updated monitoring software which tracked the use of the pokies to defeat the drug gangs.

And when the doors to the clubs re-opened after the pandemic restrictions were lifted on October 11, they struck, just as the drug gangs tried to wash a backlog of cash. 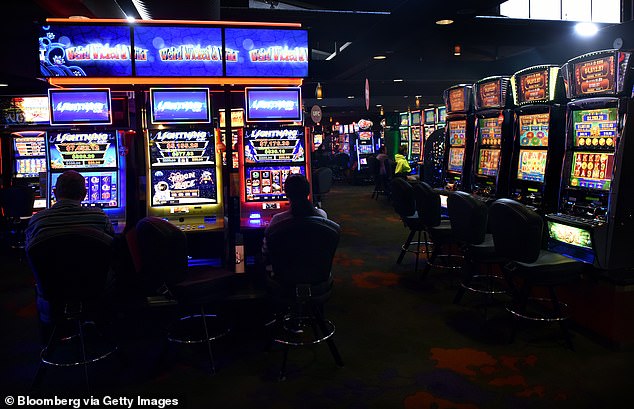 Ruthless bikie gangs recruited housewives and the unemployed to launder drug money through pokie machines, until the scam was derailed by high-tech detective work

In just seven weeks, investigators traced a suspected $5.5 million in dirty cash being cleaned through the system at 178 venues using 132 different people, reports the Daily Telegraph.

The massive joint operation was mounted by the NSW Crime Commission, the Independent Liquor and Gaming Authority, and the Australian Criminal Intelligence Commission.

But the investigation’s findings suggest the scale of the problem might be beyond their resources.

Their report revealed the ‘evidence collected leaves little doubt that electronic gaming machines are being used for large-scale money laundering by organized criminal groups in NSW.’

It added: ‘The number of findings relating to both suspicious transactions and identified individuals is exceeding the amount of current resources available within the regulator to maintain the thorough investigative approach used so far.’ 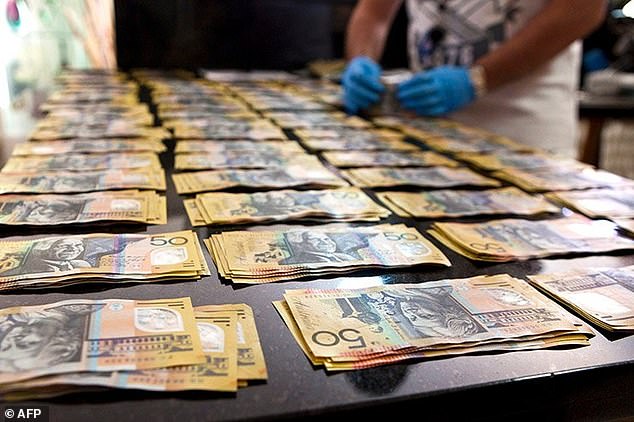 A high-tech system is being used to catch people who are cleaning money. In a seven-week investigation, $5.5 million of suspicious transactions were uncovered

But when Covid restrictions were lifted, they expected the reopening of gaming venues would result in a flood of dirty money being cleaned through the pokies.

A hi-tech Centralized Monitoring System (CMS) was rolled out by the NSW government as part of an undercover intelligence operation.

It enabled authorities to view historical and real time transactions across all 95,000 poker machines in NSW pubs and clubs.

The technology focuses on signs of money laundering and fraud, such as cash going in and out of machines without being played.

Multiple teams of investigators were assembled using the CMS system to examine thousands of transactions between October 11 and November 29.

And they were amazed by what they found.

At one western Sydney venue in Fairfield, CCTV tracked a group of housewives washing money through poker machines before handing a man tickets to cash out.

The footage showed five women seated at different pokies at the RSL club, being discreetly handed cash by a man before feeding it into the machines.

Once the machine spat out a ticket, the women would hand the ticket to a different man who would cash it in.

One man is seen on CCTV putting $5,500 into a machine before cashing it out.

As the unemployed man feeds the machines, two other men are seen operating as ‘lookouts’.

After the cash is washed, the man meets a fourth man, also unemployed, both heading to a silver Toyota Camry where a bag is retrieved.

The money launderer then proceeds to take the bag and place it in a white Mazda, driven by a fifth man, also unemployed.

In one instance a woman who is a regular at a popular western Sydney bowling club was also found to have ‘washed’ $33,000 using gaming machines, in just two days, without placing a single bet. 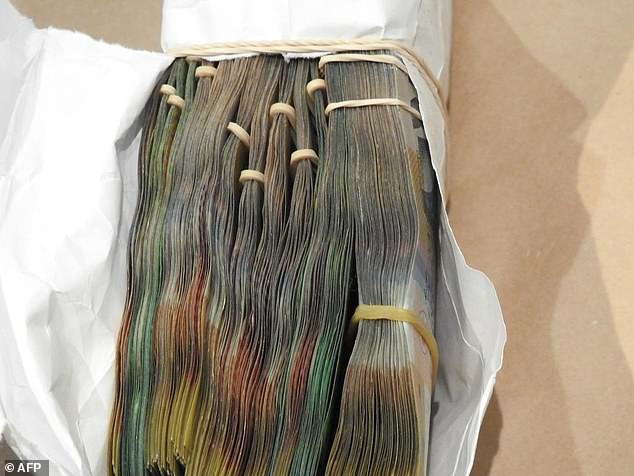 One woman, a regular at a popular western Sydney bowling club was found to have ‘washed’ $33,000 using gaming machines, in just two days, without placing a single bet

While this activity would have long gone unrecognized, the CMS system picked up her activity, ultimately busting her.

Another syndicate uncovered by the investigation was at St. Johns Park, with investigators finding $45,000 of suspicious transactions in the seven-week period.

Operated by a husband-and-wife team, the syndicate is believed to have contained more than 20 people operating across more than 20 venues.

An investigation into its activities suggested that the syndicate has been operational since 2014.

A preliminary overview suggested around $1 million had been laundered by the syndicate.

The full report is expected to be released publicly in August.