All its holiday destinations saw a recovery in demand, but southern Europe boomed with bookings exceeding 2019 levels, the company said. 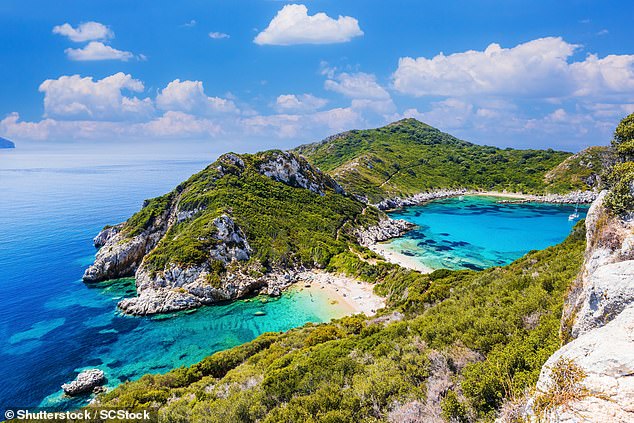 Americans and Canadians have returned to Europe, with trips from those countries onto the continent now above 2019 levels, according to Hostelworld.

The firm is also seeing booking momentum ‘slowly returning’ in Oceania and Asian destinations from a ‘very low’ level in January, with booking demand in June at 43 percent of 2019 levels.

‘I am encouraged by the positive indicators we report today across all of our key market segments which demonstrate the ability of our business model to capture pent-up customer demand as the travel market returns,’ he said.

‘Despite macro-economic uncertainties and recent disruption to airline schedules, I am very confident that we are well positioned to continue to capitalize on the travel recovery as we enter our key seasonal summer trading period.’

Heathrow airport imposed a capacity cap of 100,000 departing passengers per day until September 11 in a bid to reduce disruption for holidaymakers.

The airport said that despite having employed more staff, it remains understaffed in some ‘critical’ areas, in particular ground handlers, who are contracted by airlines to provide check-in staff, load and unload bags and aircraft turnaround.

The cap comes just a day after Heathrow warned there could be more cancellations this summer if it thought airlines did not adjust their schedules enough to reduce disruption for passengers.

Last month, the Government and the Civil Aviation Authority ordered airlines to make sure their timetables were ‘deliverable’ after the sector was unable to cope with demand, and gave them amnesty to cancel flights without being penalized.

The airport said today that while some airlines had taken action, others had not, and that further cuts were needed to make sure passengers have a ‘safe and reliable journey’.

Explaining his decision, he said: ‘Our assessment is that the maximum number of daily departing passengers that airlines, airline ground handlers and the airport can collectively serve over the summer is no more than 100,000.

The latest forecasts indicate that even despite the amnesty, daily departing seats over the summer will average 104,000 – giving a daily excess of 4,000 seats.

‘On average only about 1,500 of these 4,000 daily seats have currently been sold to passengers, and so we are asking our airline partners to stop selling summer tickets to limit the impact on passengers.’