Holidaymakers who endured airport chaos in the UK are facing huge delays in Ibiza where driver shortages are leading to massive taxi queues.

Travelers have struggled to secure taxis and public transport to their accommodation from Spanish airports, with chaotic scenes reported at Palma, Costa del Sol, Barcelona and Ibiza airports.

There are also lengthy queues at security desks.

It comes as an influx of UK holidaymakers opt for the EU nation for a getaway as covid restrictions continue to ease. 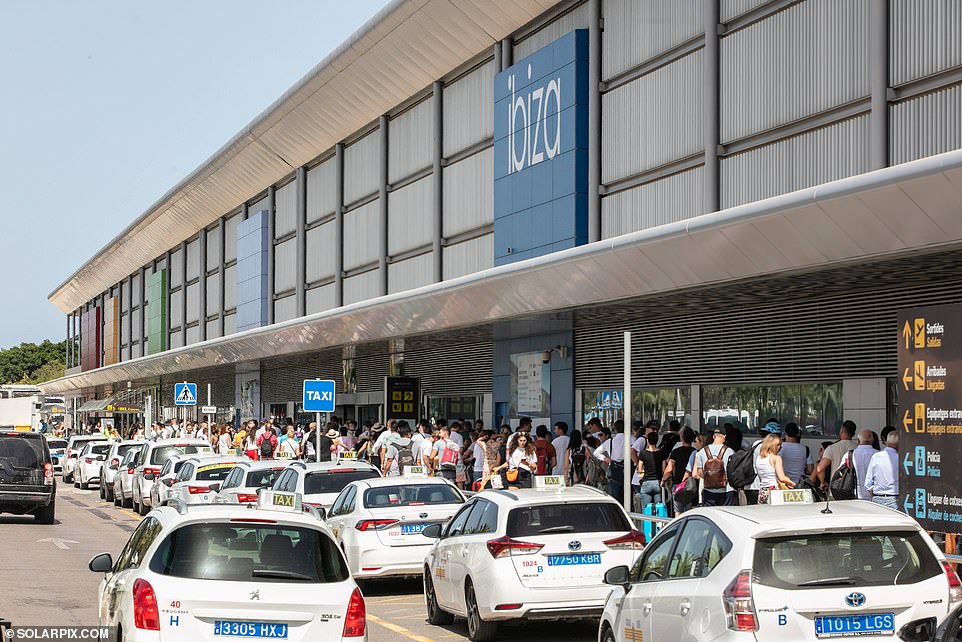 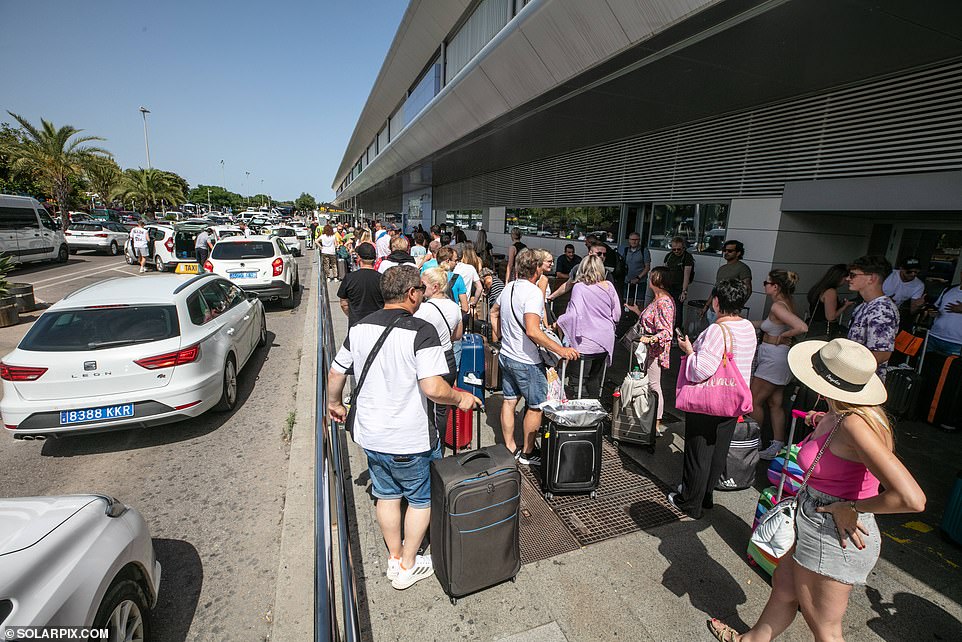 The president of one of the taxi-driver associations, Biel Moragues, told the Majorca Daily Bulletin: ‘In the short term, it is impossible to find a solution. It’s madness.

‘There aren’t enough buses either. But everywhere is the same – Barcelona airport, Costa del Sol.

‘Everything is being overwhelmed, it’s unsustainable. This has never happened before. We can’t handle all the traffic. ‘

He added that there is an estimated shortage of 500 taxi drivers in Mallorca and that in Ibiza, the problem is twice as bad.

The Spanish Government has also come under fire for the lengthy queuing times at its airports.

Authorities have pledged to assign more police officers to the airports to reinforce controls in a bid to bring down queuing times.

But the ACAVE association of specialized travel agencies in Spain has said more officers will not be enough to prevent lengthy queues and congestion at certain airports, which they claim have lasted up to three hours in some. 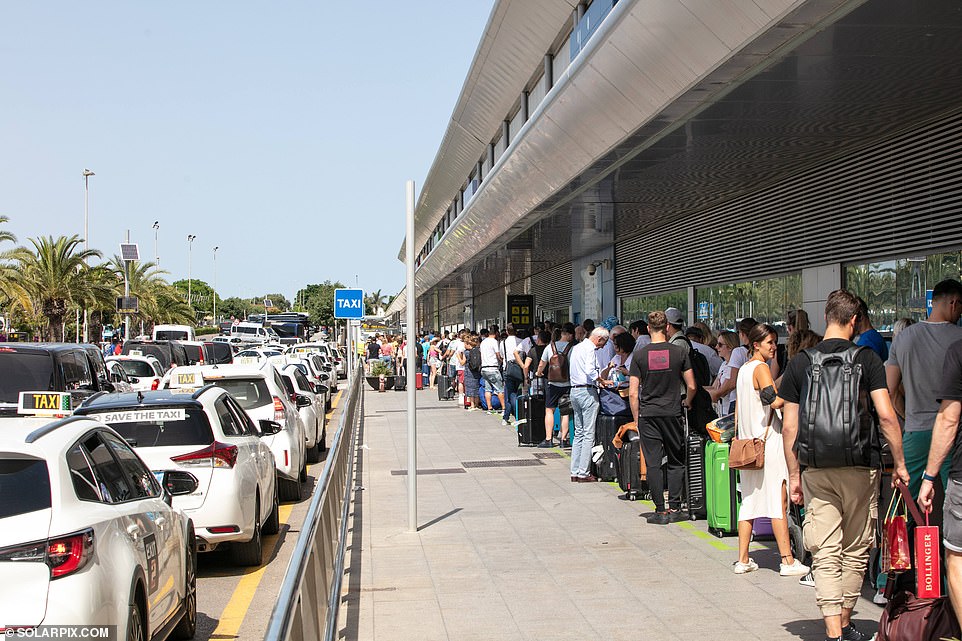 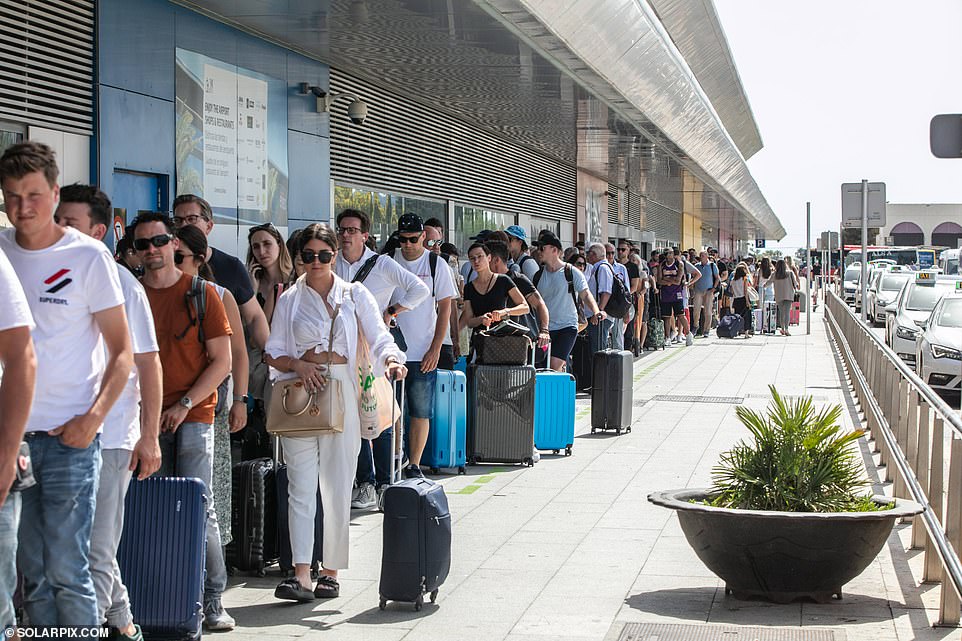 Despite reports that the tourist forecast for Spain shows there will be fewer visitors than in 2019, the association insists that more police are needed.

In response, the association has sent a letter to the ministry calling for a ‘more ambitious expansion of the workforce to reduce waiting times at controls.’

It is believed that fifty additional officers will be in Palma Airport from June 20, but reports are contradictory.

It has also been suggested the fifty officers will be for three airports in the Balearics and not solely for Palma.

Queues are particularly lengthy for Brits at Madrid-Barajas as they now need to stand in the non-EU travelers line.

ACAVE has highlighted the situation for UK travelers and the urgent need to stamp passports to avoid delays. 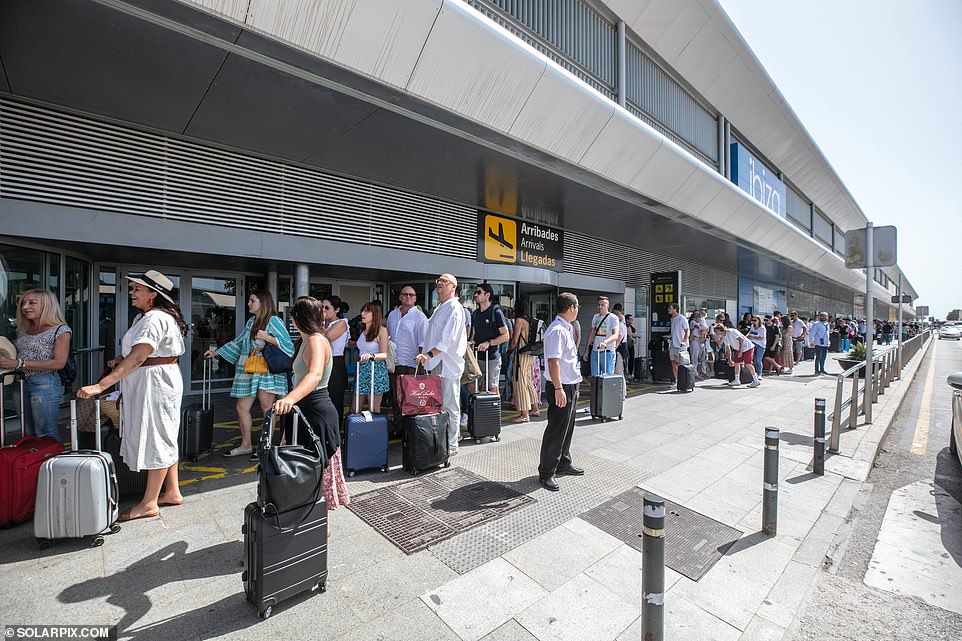 What is causing the airport chaos in Britain?

The aviation industry is struggling to cope with a huge post-pandemic rise in demand for travel abroad amid a severe staffing shortage that is particularly affecting easyJet, British Airways, Tui Airways and Wizz Air.

Some airlines have not been able to ramp up their operations quickly enough for the numbers of people traveling, which has surged in recent months following the lifting of restrictions both domestically and abroad.

The boss of Heathrow has warned of up to 18 months of disruption as the industry struggles to recruit and train staff to replace those let go during the pandemic.

The airlines are desperately trying to rehire people – with security staff, ground handlers and check-in staff among the areas in which they are struggling to recruit.

But there is a huge backlog for vetting new staff with security background checks often taking months required before training can even begin. And this all comes in the context of a labor shortage, with more vacancies than workers available to fill the roles.

Airports such as Manchester, Bristol and Gatwick have been among the worst-hit in recent months with customers facing huge queues amid airline advice to arrive earlier than normal for flights.

Jordi Martí, the association’s president, said ‘urgent measures must be taken’ to properly handle the arrival of tourists, especially from the UK.

‘We can’t wait, as the high season has already started.’

It comes after Ryanair’s Spanish cabin crew announced a six-day strike set to take place from June 24 to July 2.

Workers say they are unhappy with their working conditions and pay.

Staff of Dublin-based Ryanair, the largest airline in Europe in terms of passenger numbers, have walked out in other countries such as Belgium and Italy. Lidia Arasanz, from the USO union, said today: ‘We have to resume mobilization so that the reality of our situation is known and Ryanair is forced to abide by basic labor laws.’

Brits have fought through the chaos in British airports to get their long awaited holidays.

Shocking scenes from around the country in recent weeks have shown holidaymakers stuck in huge queues with some forced to sleep on the floor of airports amid long delays.

Industry chiefs have pointed the finger at mass layoffs during the pandemic which saw staff let go because of the collapse in demand for travel during the various lockdowns.

Industry sources say staffing levels are around 80 to 90 per cent of where they need to be for the peak summer season at larger airports and about 70 per cent at smaller ones.

Some workers have also decided to quit the industry and not return following the pandemic, it has been suggested.

Another issue has been the vetting of new staff, with background checks taking several weeks.

Experts say UK airlines are leasing European planes with European crew to reduce their own cancellations – with an example being British Airways bringing in four Finnair 209-seat planes with Finnair staff, but running BA flights.

Other airlines which have used plans from other airlines in recent weeks include easyJet as passengers continue to be left furious by late-notice cancellations and struggle to get hold of the airline’s customer service teams.