A decorated British Army major has been convicted and severely reprimanded after he touched a junior female solder’s bottom while they were playing beer pong in the officers’ mess following a Remembrance Day commemoration.

A military court heard Major Anthony Philpott had been the most senior officer playing the popular drinking game following the all day event to remember Britain’s wartime heroes.

As he celebrated a successful turn ‘fueled by too much alcohol’, the ‘happily’ married father of two reached out and touched the bottom of the woman in front of other junior officers.

The court heard the woman was left feeling ‘unsafe and creeped out’ by his ‘inappropriate’ behavior which led to the 58-year-old being heavily criticized by a military judge.

Judge Advocate Edward Legard said: ‘Women are at the front and center of the modern Armed Forces. 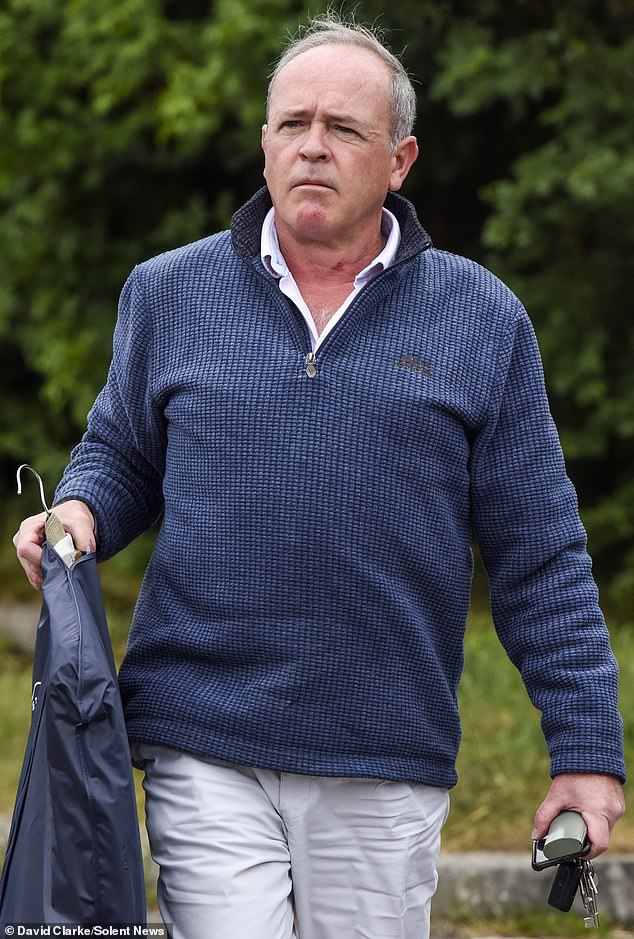 Major Anthony Philpott, 58, arrives at Bulford Military Court Center, where he pleaded guilty to one count of disgraceful conduct after touching a junior female solder’s bottom during a game of beer pong 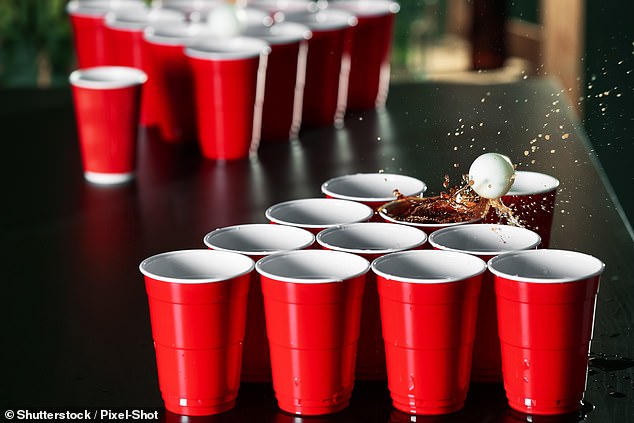 The soldiers were playing beer pong in the officer’s mess, when Major Philpott reached out and touched the female officer’s bottom – leaving her feeling ‘creeped out’ and ‘unsafe’

‘If the Forces are to remain operational they must be inclusive… women must be able to attend a social event knowing they will not be a victim of unwanted touching.

‘Your job and duty is to uphold the highest behavior and integrity. You are the person who subordinate officers and soldiers should look up to.

‘This conduct falls below the standard of your rank and seniority.’

Bulford Military Court, Wiltshire, heard that prior to the incident Major Philpott and fellow officers had attended a meal and Remembrance Day event which continued into the early hours of the morning.

The hearing was told Major Philpott had been in a team of five, standing next to the woman, who could not be named for legal reasons. The pair did not know each other prior to the incident.

Major Jon Griffiths, prosecuting, told the hearing: ‘There was a small number of personnel left.

‘He was one of the senior officers there present. Other junior officers and soldiers were with him and they were playing beer pong while gathered in the mess. ‘ 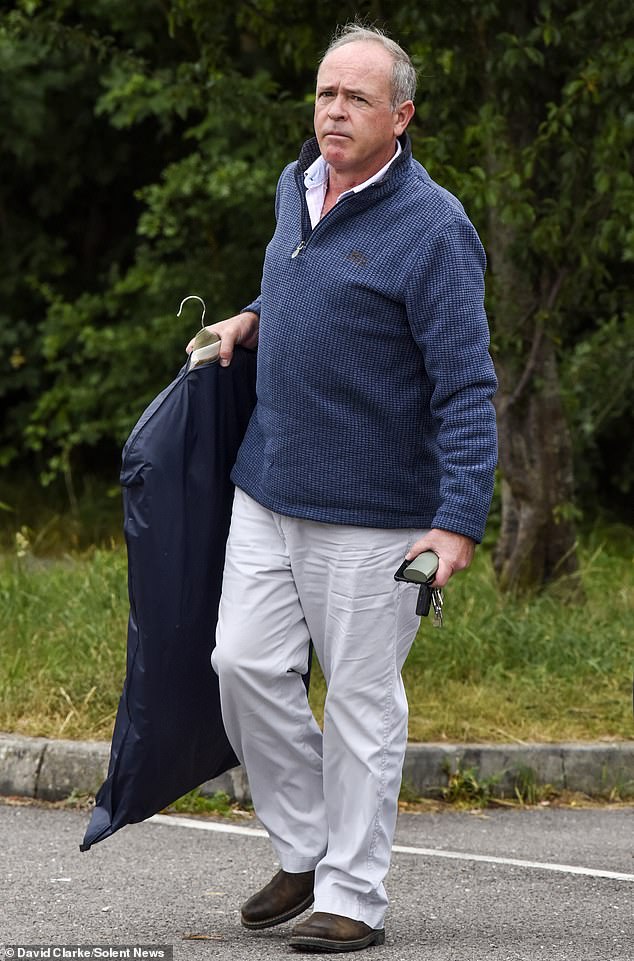 Defending Major Philpott, Bob Scott told the court: ‘This was overexuberance fueled by too much alcohol. You cannot imagine the shame, embarrassment and horror he feels’

In beer pong, competitors must stand either side of a ping pong table throwing balls into the full beer cups in front of their opponent. If they are successful, their rival must down the cup of beer the ball landed in.

‘He took his turn, celebrated and he reached out to touch her buttock,’ Major Griffiths told the court. ‘She was shocked.’

The hearing was told Major Philpott immediately apologized but claimed he could not remember the incident when questioned by police.

‘He immediately apologized and walked away,’ Major Griffiths continued. ‘She made a formal complaint and he was interviewed under caution.

‘He accepted that he had been drinking alcohol and could not remember celebrating in that way.

‘There was no sexual misconduct but he did touch her buttock. He apologized which must have meant that his actions were accidental. ‘

In a victim statement read to the court, the woman said: ‘His behavior that night was very inappropriate. I felt unsafe and creeped out.

‘His actions were appalling and I am worried about future mess functions and I am not only worried he will do it to me, but to other females.’

Bob Scott, defending, told the board: ‘He was playing a game and had too much to drink. 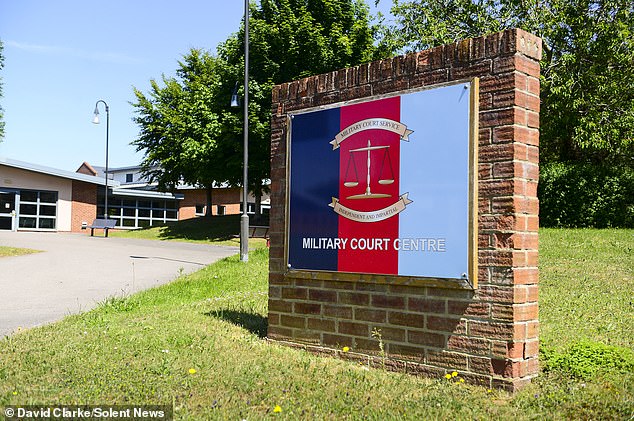 ‘There is no argument that he did not touch her bottom, but there is no suggestion of any sexual motive.

‘This, in my submission, was overexuberance fuelled by too much alcohol. You cannot imagine the shame, embarrassment and horror he feels. ‘

Major Philpott, of the Royal Army Medical Corps, pleaded guilty to one count of disgraceful conduct.

He will also receive a severe reprimand.

Sentencing him, Judge Advocate Legard said: ‘You have pleaded guilty to disgraceful conduct in that the physical conduct was momentary and as a result of overzealousness, not sexual intentions.

‘Nevertheless and unsurprisingly she was shocked due to the unwanted contact on an intimate part of her body.’

Major Philpott – who has 28 years of service – was awarded the Nato medal for his service in Kosovo and platinum jubilee medal.