Google has told its workers in the US that they will be allowed to move to another state without having to justify it following the Supreme Court’s decision to overturn Roe v. Wade which removed the constitutional right to abortion.

But other companies who plan to help their workers travel across state lines in order to undergo terminations, may face the wrath of lawmakers who are threatening to introduce legislation to block or at least hinder such offers of support.

Fiona Cicconi, the company’s HR Chief said the company’s benefits plan and health insurance would cover ‘out-of-state medical procedures that are not available where an employee lives and works.’

She also noted that workers can ‘apply for relocation without justification, and those overseeing this process with be aware of the situation.’

‘This is a profound change for the country that deeply affects so many of us, especially women. Please be mindful of what your co-workers may be feeling and, as always, treat each other with respect, ‘Cicconi wrote. 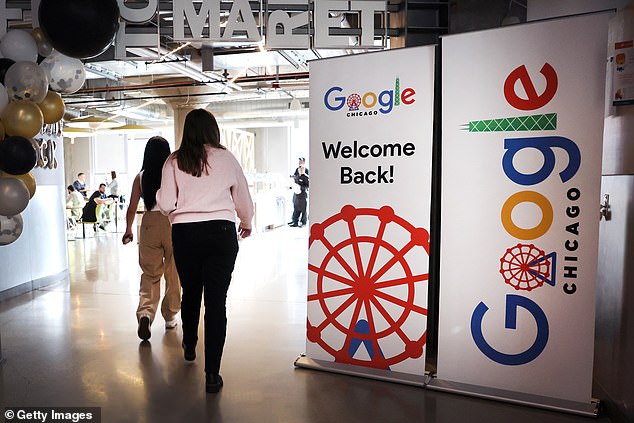 The bulk of the company’s workforce is located in California, where abortion rights are protected. Susan Wojcicki, the CEO of Google-owned YouTube tweeted on Friday

Google has 29 office locations across the country including Florida, Georgia, Texas and Wisconsin – four states where abortion is currently illegal or where laws restricting or banning abortion may come into place in the near future.

The bulk of the company’s workforce is located in California, where abortion rights are protected.

‘As a CEO I recognize there are a spectrum of opinions on the SCOTUS ruling today. As a woman, it’s a devastating setback. I personally believe every woman should have a choice about how and when to become a mother. Reproductive rights are human rights, ‘Susan Wojcicki, the CEO of Google-owned YouTube tweeted.

About half of all US states are expected to roll back abortion rights.

Abortion restrictions that were already on the books in 13 states went into effect as a result of Friday’s ruling and at least a dozen other Republican-led states are expected to ban abortion within the next 30 days. 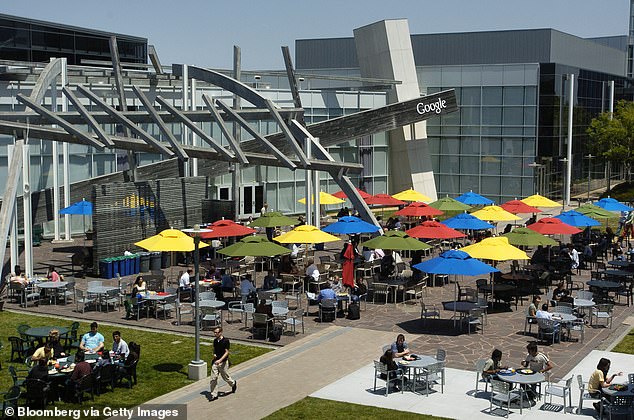 The court’s decision, driven by its conservative majority, upheld a Mississippi law that bans abortion after 15 weeks. Meanwhile, some Democratic-led states are moving to bolster access to abortion.

A host of other media and tech companies including Meta, Amazon, Netflix, Apple, Disney, Comcast, Warner Bros. Discovery, Microsoft, JPMorgan Chase and Condé Nast have said they will pay for their employees’ expenses if they have to travel outside their home state to access reproductive healthcare services.

But dozens of big businesses including the likes of McDonald´s, Pepsi, Coca-Cola, General Motors, Tyson and Marriott made no such announcements.

Arkansas-based Walmart – the nation’s largest employer with a good portion of its stores in states that will immediately trigger abortion bans following the Friday’s Supreme Court ruling – also kept quiet.

However, such new policies could expose businesses to lawsuits and even potential criminal liability, legal experts said.

Google is allowing employees to relocated to states with abortion rights

This morning the US Supreme Court issued a ruling in Dobbs v. Jackson Women’s Health Organization that rolls back Roe v. Wade.

This is a profound change for the country that deeply affects so many of us, especially women. Everyone will respond in their own way, whether that’s wanting space and time to process, speaking up, volunteering outside of work, not wanting to discuss it at all, or something else entirely. Please be mindful of what your co-workers may be feeling and, as always, treat each other with respect.

Equity is extraordinarily important to us as a company, and we share concerns about the impact this ruling will have on people’s health, lives, and careers. We will keep working to make information on reproductive healthcare accessible across our products and continue our work to protect user privacy.

To support Googlers and their dependents, our US benefits plan and health insurance covers out-of-state medical procedures that are not available where an employee lives and works. Googlers can also apply for relocation without justification, and those overseeing this process will be aware of the situation. If you need additional support, please connect 1: 1 with a People Consultant via [link to internal tool redacted].

We will be arranging support sessions for Googlers in the US in the coming days. These will be posted to Googler News.

Please don’t hesitate to lean on your Google community in the days ahead and continue to take good care of yourselves and each other.

Companies will have to navigate that patchwork of state laws and are likely to draw the ire of anti-abortion groups and Republican-led states if they adopt supportive policies of employees having abortions.

State lawmakers in Texas have already banned Citigroup and Lyft, which had previously announced travel reimbursement policies, with legal repercussions.

Texas State Representative Briscoe Cain, a Republican, sent a cease-and-desist letter to Citigroup, saying he would propose legislation barring localities in the state from doing business with any company that provides travel benefits for employees seeking abortions.

A group of Republican lawmakers in a letter last month to Lyft chief executive Logan Green saying Texas ‘will take swift and decisive action’ if the ride-hailing company implements the policy.

The legislators also outlined a series of abortion-related proposals, including a bill that would bar companies from doing business in Texas if they pay for residents of the state to receive abortions elsewhere. 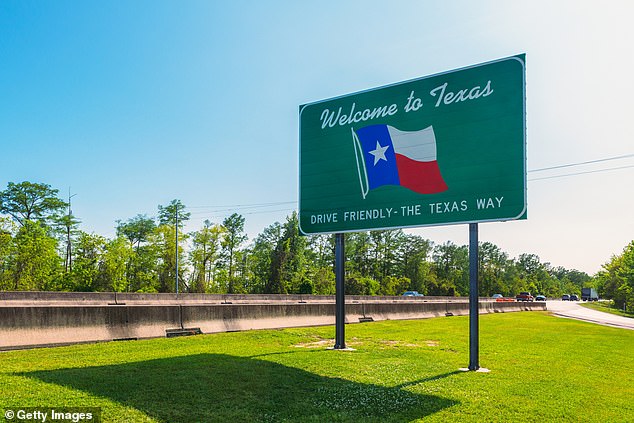 It is likely only a matter of time before companies face lawsuits from states or anti-abortion campaigners claiming that abortion-related payments violate state bans on facilitating or aiding and abetting abortions, according to Robin Fretwell Wilson, a law professor at the University of Illinois. and expert on healthcare law.

‘If you can sue me as a person for carrying your daughter across state lines, you can sue Amazon for paying for it,’ Wilson said.

For many large companies that fund their own health plans, the federal law regulating employee benefits will provide crucial cover in civil lawsuits over their reimbursement policies, several lawyers and other legal experts said.

The Employee Retirement Income Security Act of 1974 (ERISA) prohibits states from adopting requirements that ‘relate to’ employer-sponsored health plans. Courts have for decades interpreted that language to bar state laws that dictate what health plans can and cannot cover.

ERISA regulates benefit plans that are funded directly by employers, known as self-insured plans. In 2021, 64% of U.S. workers with employer-sponsored health insurance were covered by self-insured plans, according to the Kaiser Family Foundation.

Any company sued over an abortion travel reimbursement requirement will likely cite ERISA as a defense, according to Katy Johnson, senior counsel for health policy at the American Benefits Council, a trade group. And that will be a strong argument, she said, especially for businesses with general reimbursement policies for necessary medical-related travel rather than those that single out abortion.

Johnson said reimbursements for other kinds of medical-related travel, such as visits to hospitals designated ‘centers of excellence,’ are already common even though policies related to abortion are still relatively rare.

‘While this may seem new, it’s not in the general sense and the law already tells us how to handle it,’ Johnson said.

The argument has its limits. Fully-insured health plans, in which employers purchase coverage through a commercial insurer, cover about one-third of workers with insurance and are regulated by state law and not ERISA.

Most small and medium-sized US businesses have fully-insured plans and could not argue that ERISA prevents states from limiting abortion coverage.

And, ERISA cannot prevent states from enforcing criminal laws, such as those in several states that make it a crime to aid and abet abortion, so employers who adopt reimbursement policies are vulnerable to criminal charges from state and local prosecutors.

But since most criminal abortion laws have not been enforced in decades, since Roe was decided, it is unclear whether officials would attempt to prosecute companies, according to Danita Merlau, a Chicago-based lawyer who advises companies on benefits issues.