Five years on from the Grenfell fire there are still many flat owners living in dangerous buildings that they say have the potential to be the ‘next Grenfell’.

One of them is cladding-hit property owner Sophie Bichener, 30, who bought her flat in Hertfordshire in 2017 for £ 230,000 with no knowledge of the difficulties that lay ahead.

She moved into the second floor flat just before the fire at Grenfell in West London that caused 72 deaths. 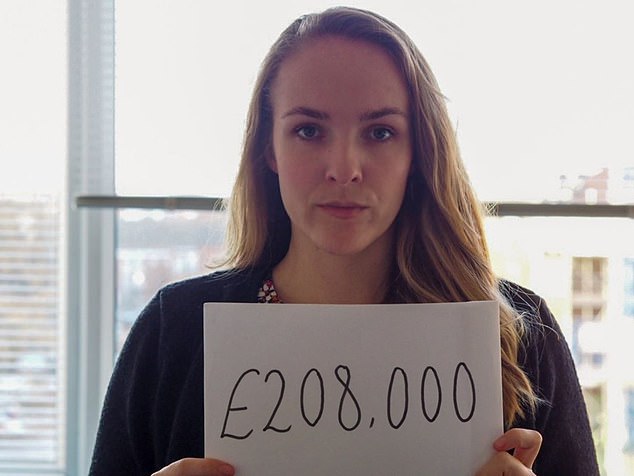 Cladding-hit flat owner Sophie Bichener bought her Hertfordshire flat in 2017 for £ 230k, just over the amount for the remediation works on her service charge – although she has been told that she doesn’t have to pay it

Following the disaster and reassessment of buildings around the country, her block of flats was deemed dangerous and residents were told that remediation work would begin in September last year.

However, despite having been told that some of the remediation works would be paid for out of the Government’s Building Safety Fund, no work has yet started on the building.

She remains living in a dangerous building that has the potential to be the ‘next Grenfell’, she says. 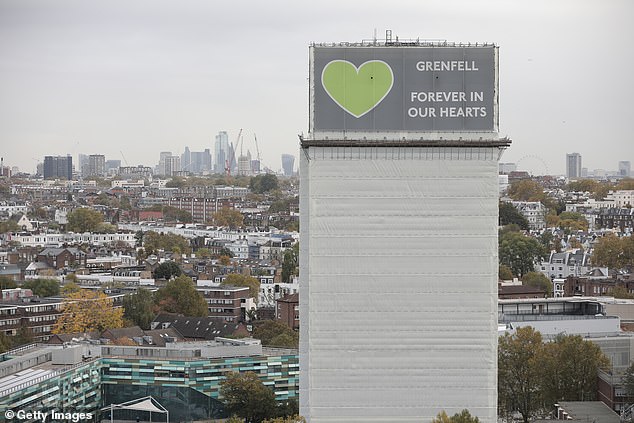 Since the Grenfell Tower fire in 2017, concerns about cladding have become a national issue

It is a complex situation to resolve, not least as the owner of her block of flats is a pension company rather than a housing developer.

Some pension companies insist that their investors should not be liable for any remediation costs.

And while the Building Safety Fund will cover the cost of the cladding works, there is still the cost of items such as missing smoke seals, fire breaks and potentially flammable insulation.

There are at least 9,793 tower blocks in England that are ‘unsafe’ due to dangerous cladding and other associated fire risks, according to Government figures obtained by LBC.

Yet, five years on from Grenfell, Sophie explained to us that the remediation work on her block still has not started and she still has the £ 208,000 remediation work costs on her service charge – which is not far from the £ 230,000 that she originally paid for her home.

In the meantime, her life is on hold as she is unable to move. No lender is willing to lend on cladding-hit homes until the remediation works are agreed and a plan is in place. In reality, for many this will mean that the works are finished and signed off.

Secretary of State Michael Gove has written to the owner of the block of flats where Sophie lives, hoping to get the situation resolved. In the letter, he said: ‘The Building Safety Act will come into force from 28 June. As ever, the best approach for all parties would be to work swiftly and collaboratively to resolve these issues. We are now five years on from the Grenfell tragedy and we should all want to fix dangerous buildings as soon as possible. ‘

‘The remediation work at our block has not started,’ Sophie told MailOnline Property.

‘We were told the project would be funded via the Building Safety Fund and the work would start in September 2021. But that has not happened.’

She went on to suggest that the price of the project is now likely to cost much more than originally quoted, as the price of materials has gone up since then due to inflation.

While Sophie and her cladding-hit flat neighbors have only so far paid out a couple of thousand pounds each, there are more payments to come.

These include about £ 4,000 each for the waking watch, which they have not yet paid for. 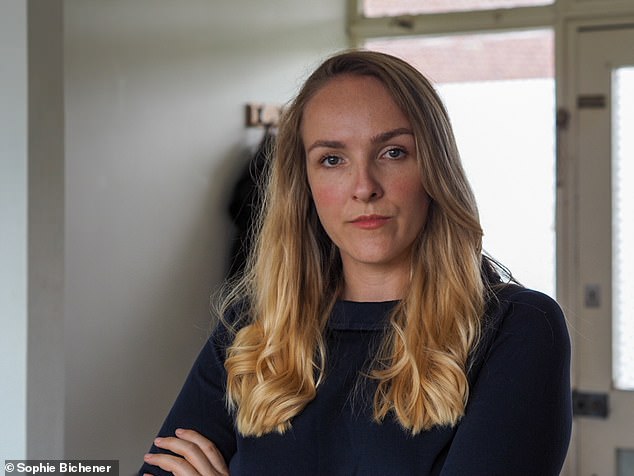 Sophie (pictured in her cladding-hit flat) reveals her top concerns five years on from the Grenfell Tower tragedy, including having to still live in an unsafe building

Sophie explains that with other costs – such as for missing fire breaks – they have nearly reached their £ 10,000 cap.

And yet progress remains slow. She said: ‘We are in a middle zone where we have been told that some of the work will be paid for, but the remediation work has not yet begun and the building is still unsafe.’

As we approach the fifth anniversary of Grenfell, it’s deeply wrong that people are still financially, physically, and mentally trapped by dangerous cladding in our country.

A privilege to meet @McrCladiators. Praying for those working to ensure safety and justice in our homes. pic.twitter.com/GD8ddFx9Ta

Sophie says that receiving service charges that have such high numbers on them – in her case £ 208,000 – feels threatening even though she has been told not to pay them.

‘Residents should not be receiving bills with these high numbers still. It has had a huge impact on everyone’s mental health and seems totally unnecessary, ‘she says.

The remediation costs need to be banned from service charges, not least to help protect the mental health of cladding-hit flat owners.

Sophie says her life is on hold until the remediation works have been completed.

She explained: ‘We have had to put our life on hold.

‘It takes a huge mental health toll living in such an environment, facing such financial pressures and living in a dangerous building.

‘I’d like to get married and have children, but simply cannot afford to contemplate that at the moment.

‘It has been five years since Grenfell and yet I am still living in a dangerous building despite the remediation works being agreed and a delayed start date.

‘Nothing has been done. This building could be the next Grenfell. That responsibility needs to lie with someone and ultimately, that has to be with the Government. ‘