Around 60 firefighters are tackling a blaze at a high rise building close to Grenfell Tower in West London this morning.

Eight fire engines rushed to the scene and found that half of a flat was alight on the 12th floor of the building in Shepherds Bush, London.

The London Ambulance Service confirmed that they are treating a ‘number of patients’ at the scene, which is just a fifteen minute walk from Grenfell.

A London Fire Brigade confirmed that the fire was under control as of 10.55am and three people had left the flat before firefighters arrived.

Station Commander David Bracewell, who is at the scene, said: ‘Firefighters are dealt with a fire on the 12th floor of a tower block in W11.

‘Three people from the affected flat left before the Brigade arrived. A number of other residents evacuated the building.

‘Firefighters led six residents to safety via an internal staircase. Further residents who were not affected by fire, heat or smoke were advised to remain in their flats. ‘ 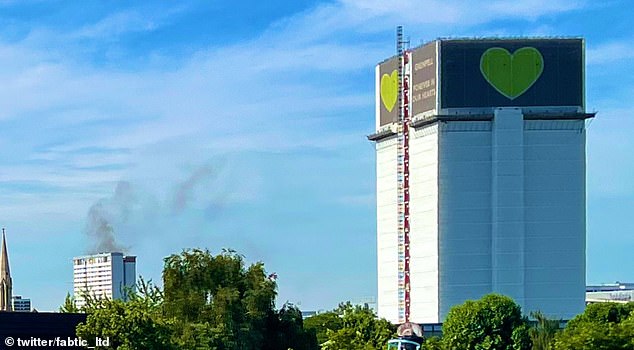 A fire has broken out on the 12th floor of a high-rise flat close to Grenfell Tower in West London this morning. Around 60 firefighters are tackling the blaze on Queensdale Crescent 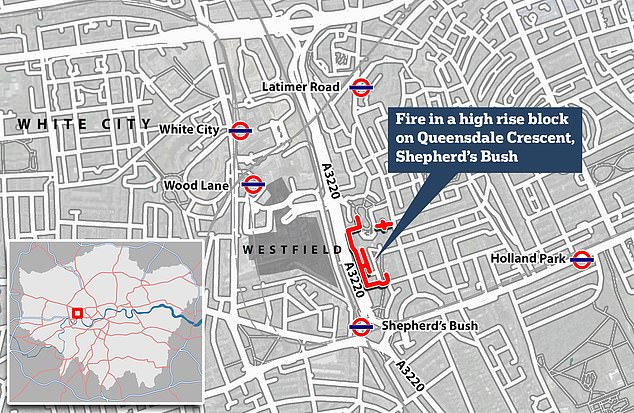 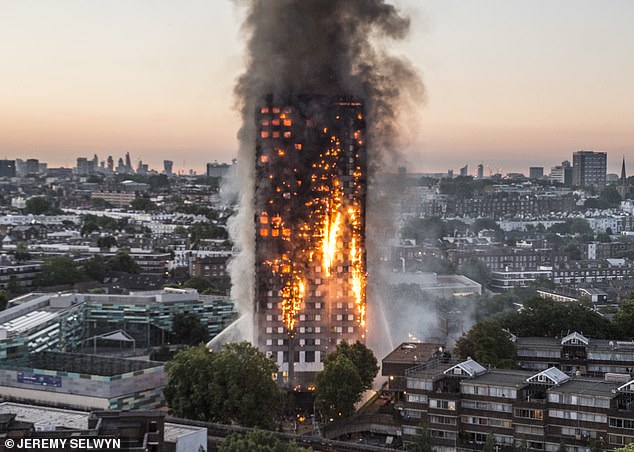 The fire at Grenfell in June 2017 killed 72 people and injured another 74. The blaze took more than 250 firefighters and 70 fire engines to bring under control. 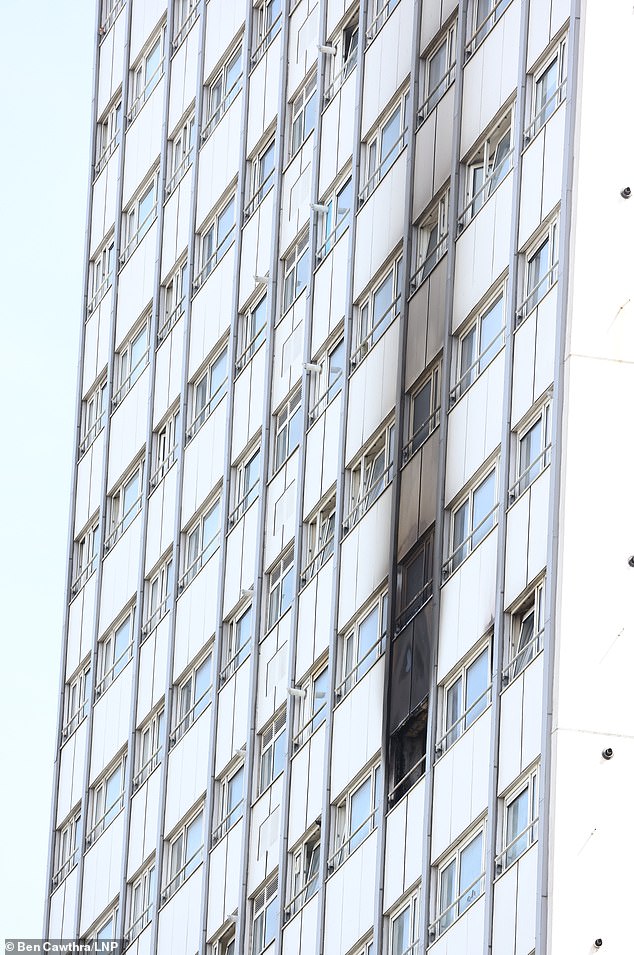 Scorch marks can be seen on the side of the high-rise building after the 12th floor flat set alight. The cause of the fire is currently unknown

The London Fire Brigade confirmed that they had taken over thirty 999 calls to the fire in W11.

A spokesman said: ‘Eight fire engines and around 60 firefighters and dealing with a fire in a high rise block on Queensdale Crescent in Shepherds Bush.

‘Half of the flat on the 12 floor is alight. We used new technology that enabled a caller to send live stream videos of the incident straight into the Brigade’s 999 call center.

‘The Brigade was called at 0923. The cause of the fire is not known at this stage.’

‘We have dispatched multiple resources to the scene and are treating a number of patients.’

Black smoke can be seen billowing in the sky less than a mile away from Grenfell Tower which caught fire in June 2017.

A to tal of 72 people were killed and another 74 wounded in the blaze, which took more than 250 firefighters and 70 fire engines to bring under control.

Conservative MP for Kensington Felicity Buchan described the news of the fire as ‘very concerning’ and said aerial appliances had been deployed to the scene.

She tweeted: ‘Very concerning to hear about the high-rise fire at Queensdale Crescent in Shepherds Bush.

‘I am told by London Fire that 8 fire engines are there, 60 firefighters and a 32mm aerial appliance. 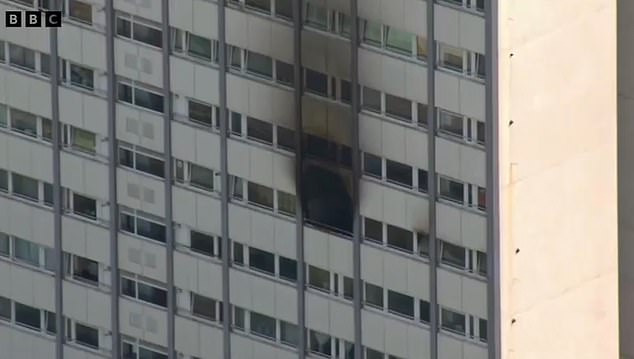 Alongside the 60 firefighters a 32mm aerial appliance was sent to the scene, with a 64mm fire engine also called to assist 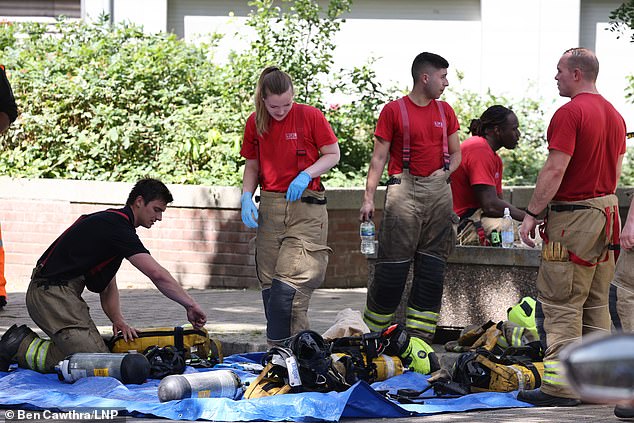 Eight fire engines rushed to the scene of the fire to tackle the blaze, with London Ambulance Service treating a ‘number of patients’ at the scene 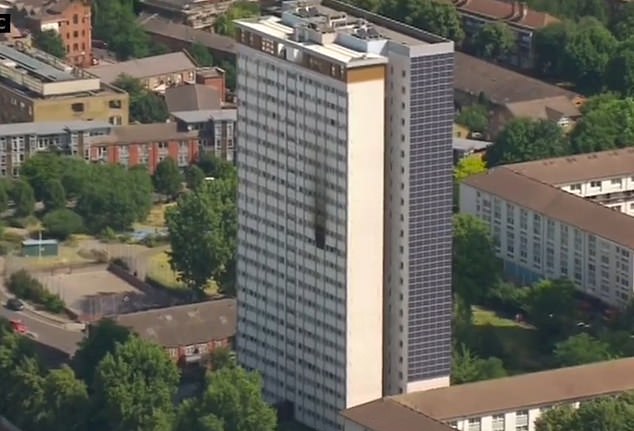 Witness Joanna Foster wrote on Twitter: ‘In West London and saw this and heard sirens getting closer.

‘It seems a different building than the tower is on fire.

‘No less horrific for those affected and has made me feel physically sick.

‘What must it be like for all those affected by Grenfell who face such trauma daily?’

The West London blaze comes days after the five year anniversary of the devastating Grenfell tragedy, which was marked with a service at Westminster Abbey. 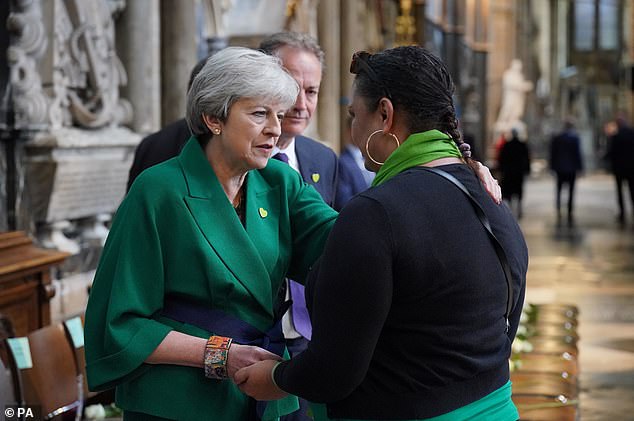 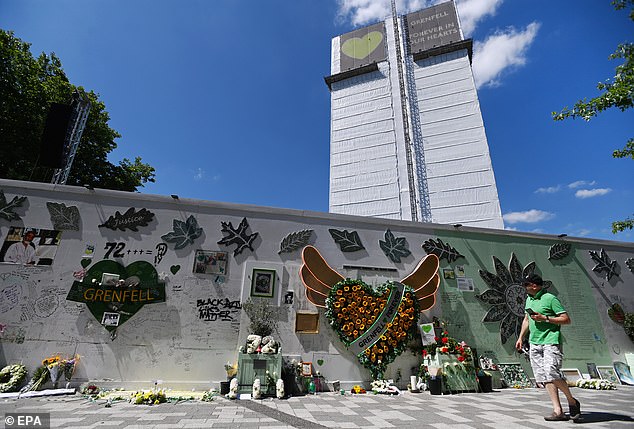 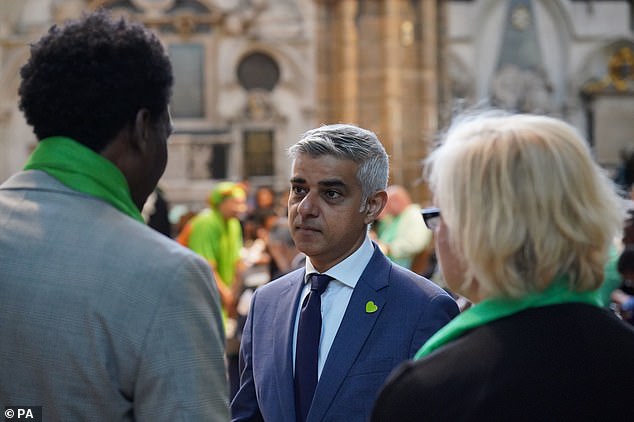 Multi-faith leaders read out the names of the victims of the tragedy at the memorial, which was attended by MPs including Theresa May, who was prime minister at the time.

After each group of names was read out, the congregation said in unison ‘Forever in our hearts’ – the phrase emblazoned across the top of the covered-up tower in north Kensington – as Mrs May and others bowed their heads in prayer.

After the service the abbey’s bells rang out 72 times and white roses were laid at the entrance of the church just off Parliament Square.

The accidental fire five years ago – the worst in Britain for more than a generation – was accelerated by deadly combustible cladding and many of those who died had been told to stay in their flats.