The reality star, 31, said she ‘laughed and cried so hard’ when the property developer, 31, popped the question during a romantic trip to the Opal Coast in France on Saturday.

The mother-of-one also revealed an ITVBe camera crew captured the ‘surreal’ moment Lorri got down on one knee for her reality show First Time Mum, which follows the life of Ferne and her daughter Sunday, four. 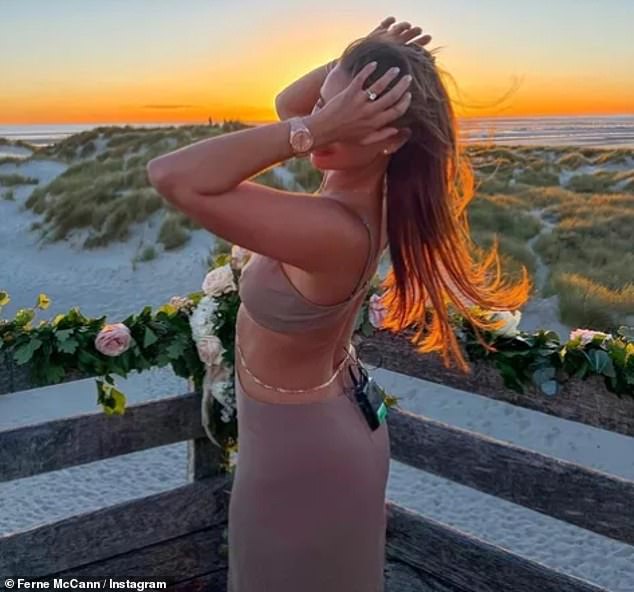 Posting a new photo to her 2.9 million followers moments after Lorri proposed, she gushed: ‘Captured on the opal coast after my boyfriend now fiancé proposed.

‘Feels so surreal calling @lozzahaines my fiancé. Also I loved this photo so much but could not disguise or do a little smooth on the ol’ microphone pack.

‘Tbh I am so super super grateful my film crew were there to capture this special moment forever.

I cannot wait to relive this moment where I laughed and cried SO HARD all at the same time. 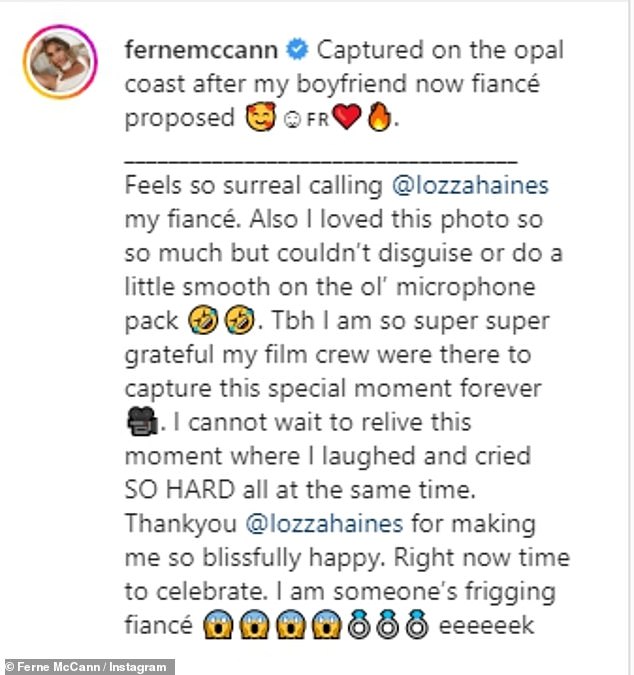 Excited: The reality star, 31, said she ‘laughed and cried so hard’ when the property developer, 31, popped the question during a romantic trip to the Opal Coast in France on Saturday 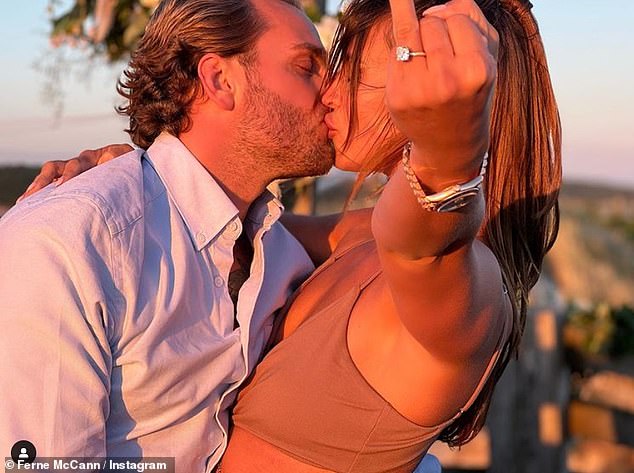 Moment: The mother-of-one also revealed an ITVBe camera crew captured the ‘surreal’ moment Lorri got down on one knee for her reality show First Time Mum

Thank you @lozzahaines for making me so blissfully happy. Right now time to celebrate. I am someone’s frigging fiancé. eeeeek.’ (sic)

Ferne shared the news with Instagram on Saturday, alongside a first look at her sparkling engagement ring.

Captioning a photo of herself and her new fiancé locked in an embrace, she wrote: ‘So happily ever afters do exist. I can’t wait to do forever with you baby.’

Sharing a similar picture with his own followers, a delighted Lorri added: ‘She said yesssss.’

Happily ever after: Ferne announced her engagement to boyfriend Lorri on Saturday, just seven months after going public with the property developer

The TV personality confirmed her romance with the businessman in January, shortly after the collapse of her six-month relationship with DJ and marketing manager Jack Padgett.

Speaking to the Sam & Billie podcast in May, Ferne admitted he had already changed the family dynamic of her ITVBe show, First Time Mum, and looked forward to viewers seeing her happy.

But she admitted that it was difficult introducing her daughter, Sunday, four, to Lorri – who also has a son from a previous relationship – as they also navigated having the cameras around. 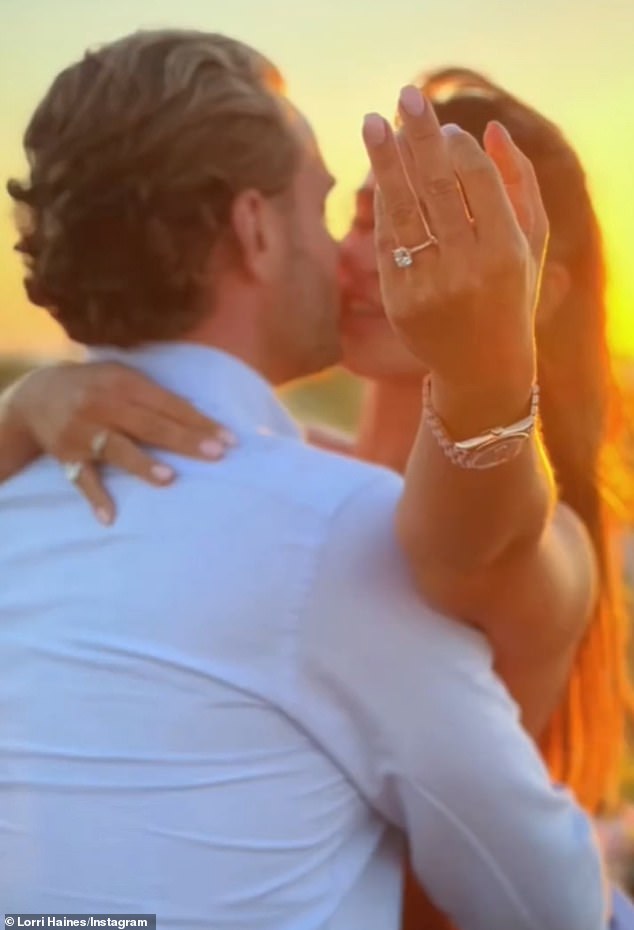 Over the moon: A delighted a similar picture with his own followers after asking for girlfriend Ferne’s hand in marriage

‘Going from being a single parent and Sunday having to manage that, I think people are going to love that about this series, seeing the dynamic between our family.

‘It’s hard, it’s not straight forward introducing your child to your new partner and you want it to go right, then obviously there’s cameras following you around.’

Ferne revealed that Lorri was a natural when it came to filming her reality TV show and has been a ‘great addition.’

She continued: ‘It’s daunting and it’s alien and it can be quite awkward because when you first start filming with someone, you almost filter yourself and edit yourself to say what you think they want. 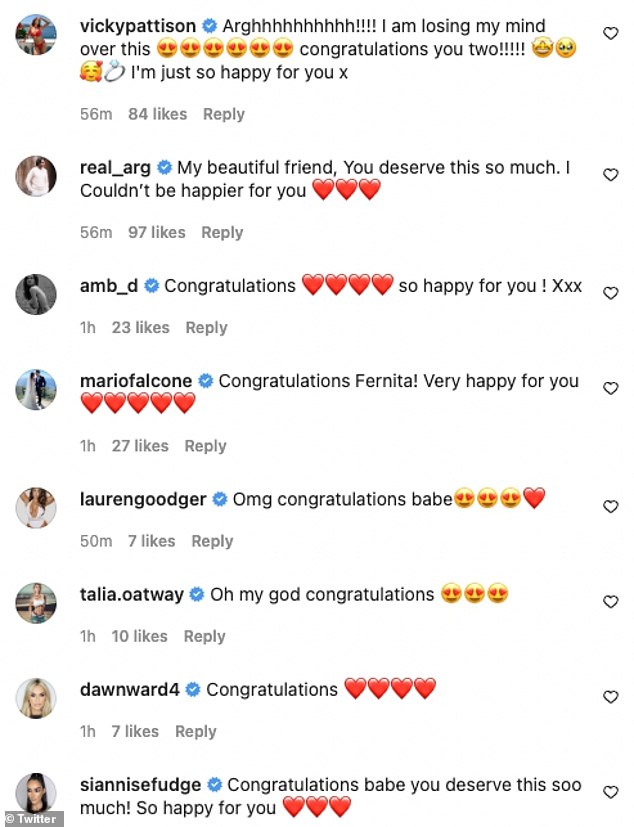 Well done: Celebrity pals lined up to congratulate the couple after they announced their engagement on Saturday afternoon

‘But for some people it comes to them quite naturally and Lorri has really taken it in his stride.’

She added: ‘He’s been such a great addition, I’m really excited for this new series because I can’t wait for the viewers to see me happy.’

She also hinted at marriage after admitting he was the first boyfriend she saw as a long term commitment.

She told OK! ‘[Marriage and kids] is definitely something we talk about all the time. Lorri’s the first person I can see having a future with, so those things often come up. 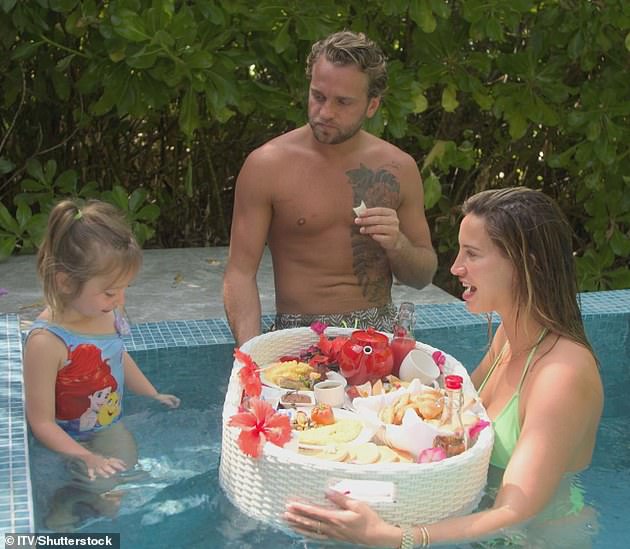 Family getaway: Ferne has spoken on her reality show about how thrilled she is to have a ‘father figure’ in Lorri for her daughter Sunday, four (pictured on holiday in the Maldives)

‘And with one of my best friends Danielle [Armstrong] getting married this year – it’s happening all around us. It’s not just a dream – I feel like it’s going to happen.’

The former I’m A Celeb campmate, who has previously made it no secret of her desire to marry Lorri, declared him ‘The One’ and said she ‘wants a ring on her finger soon’.

She said in an interview with MailOnline: ‘It’s not subtle at all, I would love to get engaged before my 32nd birthday but I’ve got to give him the chance. We’ve only been together for… we’re almost coming up to the five month mark.

‘Hopefully there will be a ring on the finger soon.’ 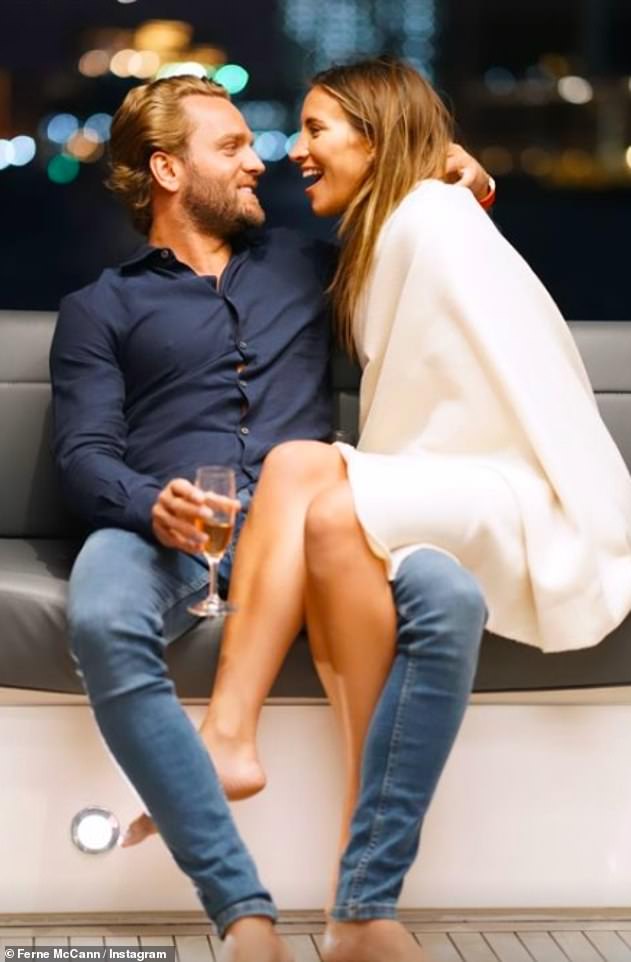 Here he is: Lorri is a real estate agent and has described himself as a ‘part time jeweler and wannabe entrepreneur’ in his social media bio

Ferne has famously had a rocky love life, most recently splitting from model and DJ Jack Padgett last year after they spent the second lockdown together.

After the split, the TV personality revealed that she still wanted to find her happily ever after but falls for men too easily.

Ferne told The Sun: ‘I am such a sucker for love – I love love so much, and of course I want to find my happily ever after.’

The blonde bombshell only had positive things to say about Jack, 27, describing the breakup as ‘mature’. 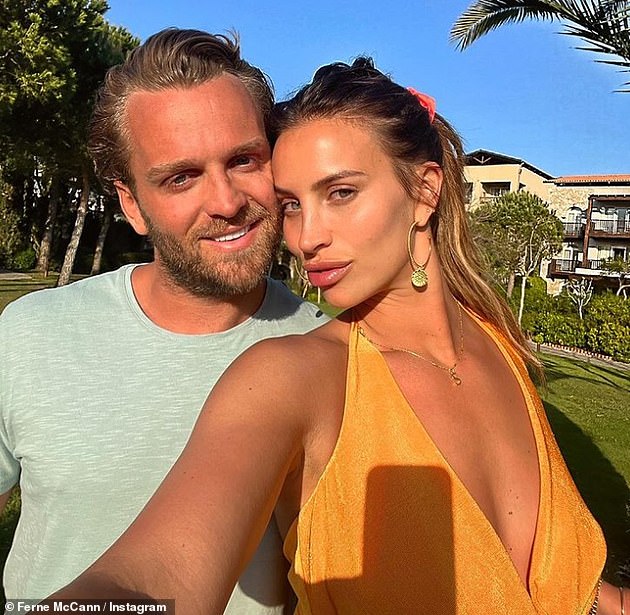 Romantic: In an exclusive interview with MailOnline, Ferne declared Lorri ‘The One’ and said she ‘wants a ring on the finger soon’

‘I’ve learned so much from this relationship and from Jack, and we had some beautiful times,’ she said.

Ferne and Jack moved in together amid the winter lockdown shortly after they started dating, and she admitted that taking the next step in their relationship was her downfall.

‘But in the end, it also accelerated our breakup, because coming out of lockdown and the world opening back up meant suddenly our lives were very different and we were like passing ships,’ she explained.

Before that she was in a relationship with jailed acid attacker Arthur Collins, with whom she shares her daughter Sunday.

Last year, the former TOWIE star confessed that she previously ‘struggled to come to terms’ with being a single parent as she reflected on the challenges she faced raising a child on her own.

Ferne said: ‘I guess I was one of those people who might have had a misconception about single parenting, because I didn’t want to be called a single parent when I was pregnant.

I didn’t want to be labeled with it, because I hadn’t come to terms with the fact that I was going to be a single parent yet. Until I started living and being it, that was when I felt really proud.’

Ferne recalled doing a ‘360 overnight’ as she elaborated: ‘Now I feel totally fine being called a single parent because the fact is, I am.

‘The misconception is not that you’ve failed, but obviously you don’t plan to be a single parent – ​​although I know some people do.’