New Mercedes-Maybach S-Class and GLS have become the new favorite of celebrities in India. The sheer luxury these two cars offer along with the mega road presence make these cars a top choice. We already have the list of the top celebrities who own the Maybach GLS SUV in India. Here is a list of famous Indians who own the luxurious Mercedes-Maybach S650. Last year, Prime Minister Modi started using the Mercedes-Maybach S650 Guard, which is one of the safest armored cars for civilians in the world. There are many others who use a similar car like Narendra Modi but without armour. But there is another civilian who uses armored Maybach too.

Prime Minister Narendra Modi uses the most expensive Maybach in India. The Mercedes-Maybach S650 Guard became a part of Modi’s convoy. The armored Maybach is only built to order and gets a mega price tag of at least Rs 12 crore.

This is the new facelifted model of the Mercedes-Maybach S650 Guard that came out in 2019. It gets the VR10 protection level, which is the highest-ever protection provided in a production car. It also gets an Explosive Resistant Vehicle (ERV) 2010 rating. This allows the car to protect the occupants from a blast of 15kg TNT from a distance of two metres. The rear seats are repositioned to allow the passengers to sit further back in the car and increase the legroom.

India’s richest man – Mukesh Ambani owns four armored OEM cars. Probably he’s the only civilian to own that many OEM armored vehicles in India. The latest addition to the fleet of armored cars owned by Ambani is the Mercedes-Benz S600 Guard.

This is the latest-generation Mercedes-Benz S-Guard that Ambani received earlier this year. The cost of this car is likely to be more than Rs 10 crore depending on the customization level. The W222 Mercedes S600 Guard has been designed to look as regular as possible. That’s to ensure that the vehicle’s appearance does not give out the fact that it is a bulletproof vehicle.

This is the armored version of the Mercedes-Maybach S600 sedan and comes with VR10 level protection, which makes it the first civilian vehicle in the world to get this certification. It translates into withstanding steel core bullets fired directly at the car and even 15 kg of TNT blast from a distance of 2 metres! It comes with a long list of features including the reinforced base structure and a special underbody armor with polycarbonate-coated windows. The vehicle is made up of special steel and the body shell is made up of reinforced steel.

There are two Mercedes-Maybach S560 saloons in the Ambani garage. The standard Maybach S560 sedan cost around Rs 2.5 crore on road. It is powered by a 4.0 liter V8 Biturbo petrol engine that generates 469 Bhp and 700 Nm of peak torque. The engine is mated to an automatic gearbox and it has an AWD system.

The actress and director recently joined the Maybach club while releasing the movie – Dhakkad. Kangana owns the most luxurious version of the sedan the – Mercedes-Maybach S680. The luxurious saloon gets a price tag of Rs 3.6 crore, ex-showroom. The Maybach S680 is already sold out in the Indian market till 2023. Mercedes-Maybach announced that only a few limited units of the car are allotted to the Indian market and all of them remain sold out till next year.

Based on the standard S-Class, the Maybach S-Class gets a 180mm longer wheelbase. The added space goes to the rear passengers. The car is nearly 5.5-metres in length, making it one of the longest cars on the market. 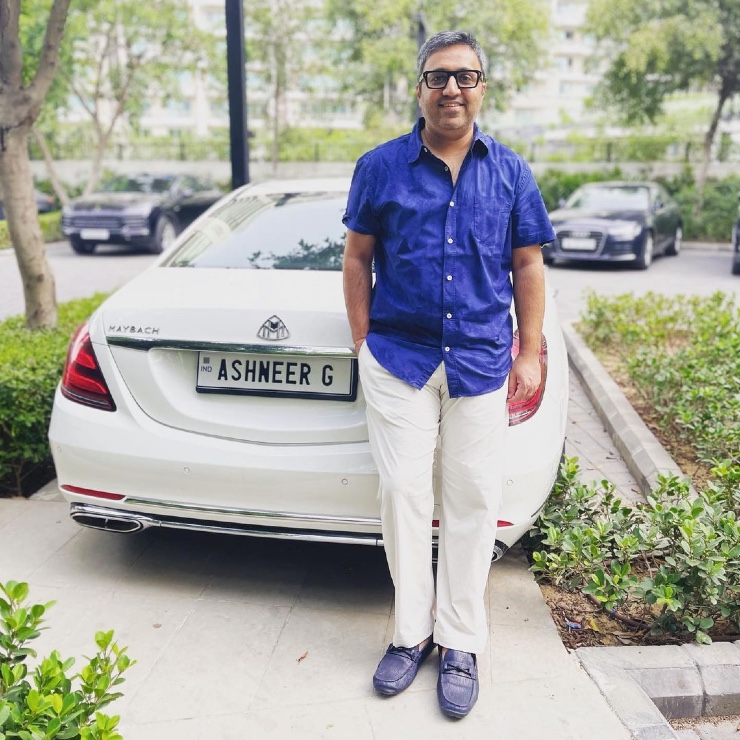 The ex-BharatPe executive who was on the headlines a few weeks ago owns the Mercedes-Maybach S650. The luxury sedan cost around Rs 2.5 crore on road. It is powered by a 4.0 liter V8 Biturbo petrol engine that generates 469 Bhp and 700 Nm of peak torque. The engine is mated to an automatic gearbox and it gets an AWD system for precise handling. The Indian actress who is now settled in the USA received the Mercedes-Maybach S650 Pullman from her husband Nick Jonas. The S650 is mainly used by chauffeur-driven customers but it gets a juicy engine. The Mercedes-Maybach S650 gets powered by a massive 6.0-liter V12 engine that generates a maximum power of 630 Bhp at 5,000 rpm and a peak torque of 1,000 Nm between 2,300 and 4,200 rpm. There is a 7F-TRONIC Plus transmission that can pull the vehicle from 0-100 km/h in just 4.7 seconds. The top speed of the vehicle is electronically limited to 250 km/h for safety reasons.