Toyota’s ever-popular Corolla has been refreshed for the 2023 model year, and it arrives with numerous styling, powertrain, and tech updates to breathe some new life into the 12th generation of the compact car. The biggest news is the addition of an AWD hybrid model.

For 2023, the Corolla can now be had as an all-wheel drive hybrid, which makes it the only regular (non Cross) Corolla other than the rally-bred GR to send power to all four wheels. The LE and SE trims will be offered with this hybrid all-wheel drive system, which adds an electric motor at the rear axle to supplement the hybrid system up front consisting of a 1.8L Atkinson Cycle four-cylinder engine and two motor-generators.

On the subject of that hybrid system, which is the same in both the FWD and AWD hybrid models, it is now offered on the SE and XLE trims in addition to the LE, and it now has redesigned motors for increased power and reduced losses as well as a new lithium-ion battery in a different location to optimize weight distribution. The LE and SE Hybrids will be offered in both FWD and AWD guise, while the XLE Hybrid will be FWD only. 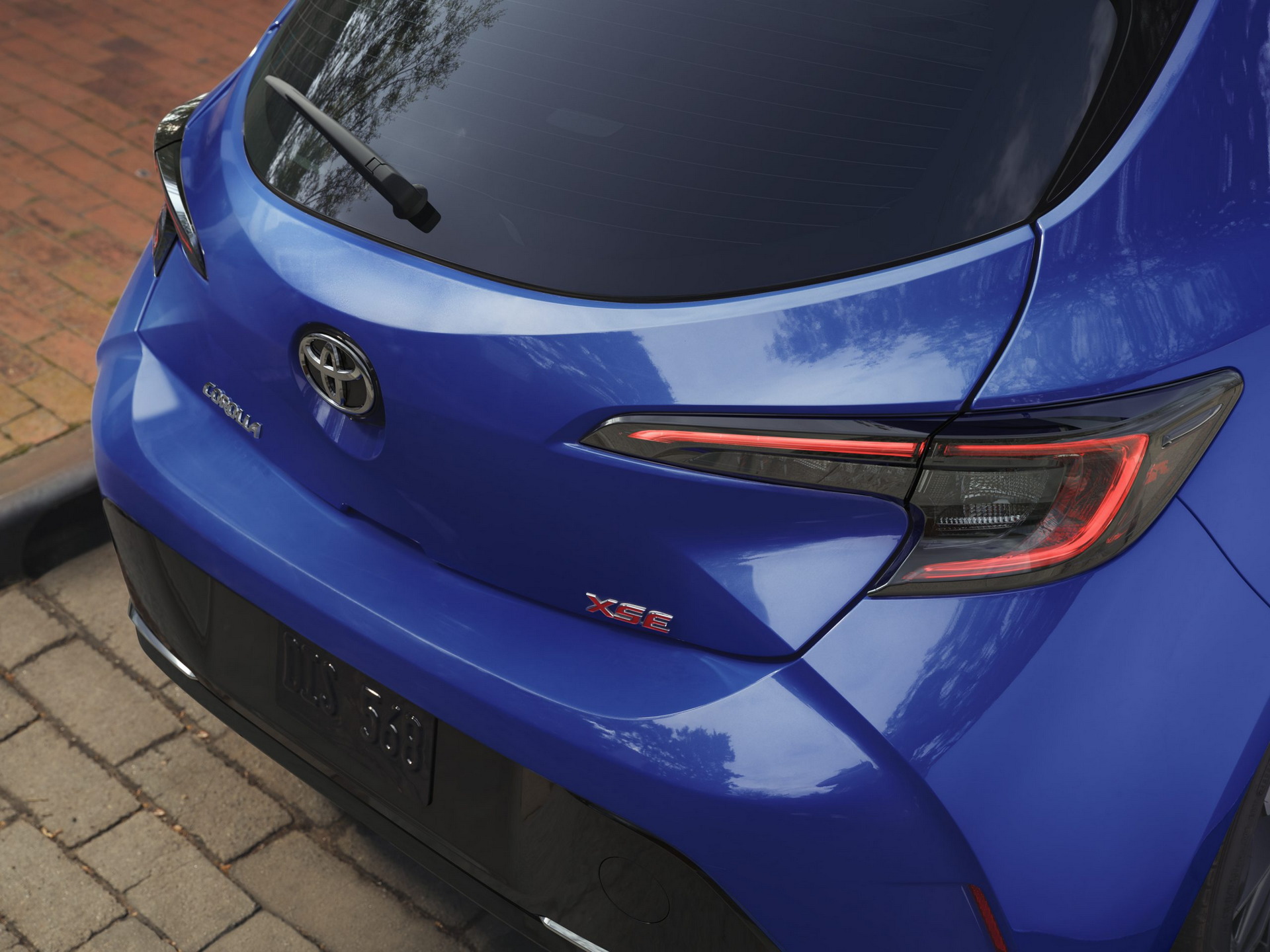 Changes to the 2023 Corolla’s styling are noticeable, but not too significant. All sedans now have LED daytime running lights, with the SE, XSE, and XLE receiving redesigned light signatures.

The LE gets a revised rear bumper, while the SE and XSE get new 18-inch Gloss Graphite alloy wheels and a new diffuser at the rear. The hatchback receives a redesigned front grille with chrome accents, while the revised rear bumper features splashes of body color along with more brightwork. Like the sedan, the hatch has also been equipped with updated headlights and 18-inch alloy wheels. 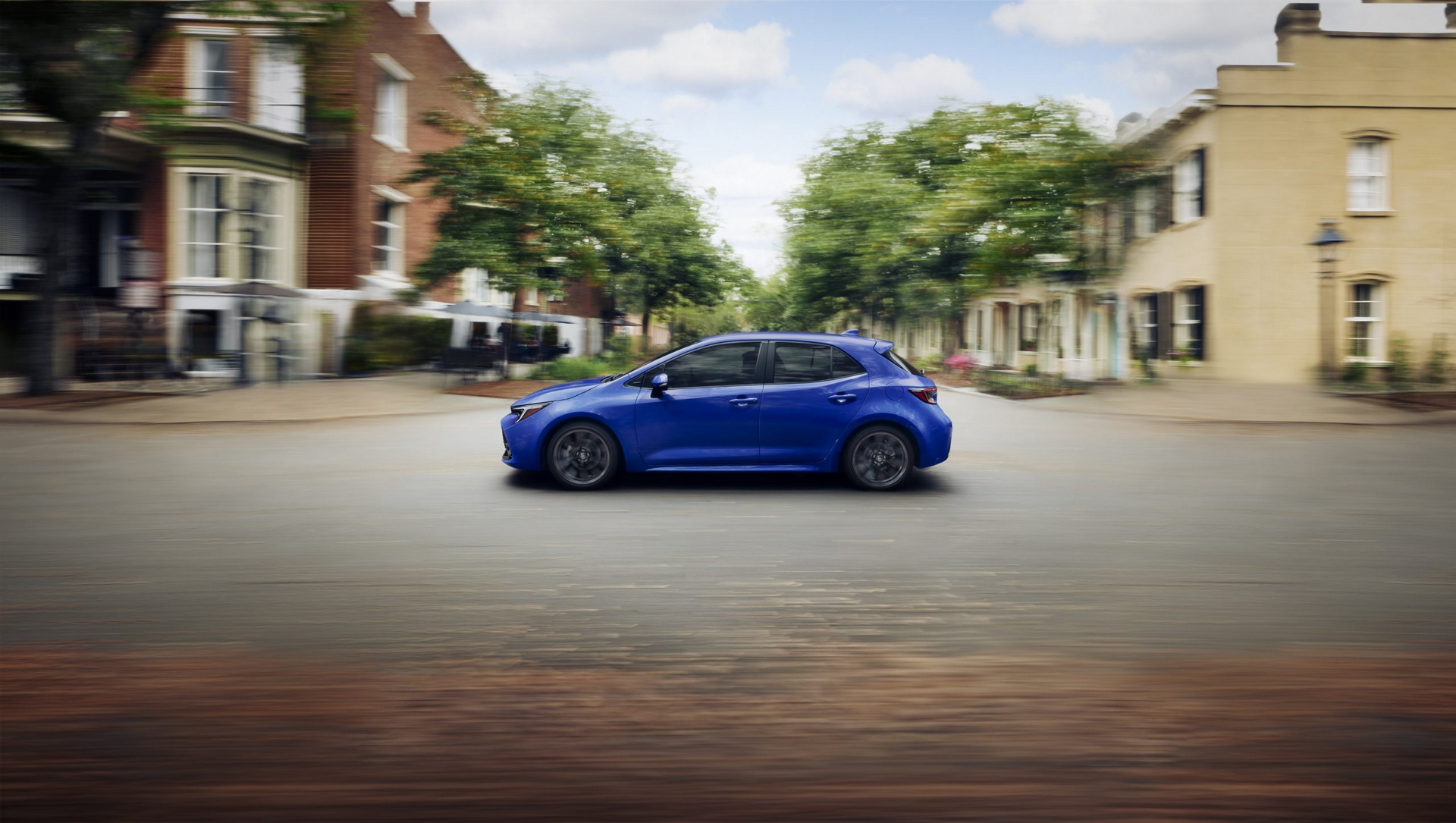 In addition to the minor styling tweaks, the Corolla also gets a handful of new colors for the 2023 model year. The sedan’s new hues come in the form of Underground and Midnight Black Metallic, the latter of which replaces Black Sand Pearl, while other returning color options include Super White, Classic Silver Metallic, Celestite, Blueprint, Wind Chill Pearl, and Ruby Flare Pearl. As for the hatchback, it can now be finished in Inferno and Blue Crush Metallic, the latter of which was previously only available on the sedan, while the rest of the returning color options remain the same. Additionally, the hatchback also retains the option to add a two-tone paint finish with a contrasting black roof.

Inside, color options for all 2023 Corolla models include Black/Red, which is simply black with red accents, Moonstone, a dark gray with light accents, and Macadamia, a light cream color. These colors are offered across two different upholstery materials: standard cloth and synthetic leather. 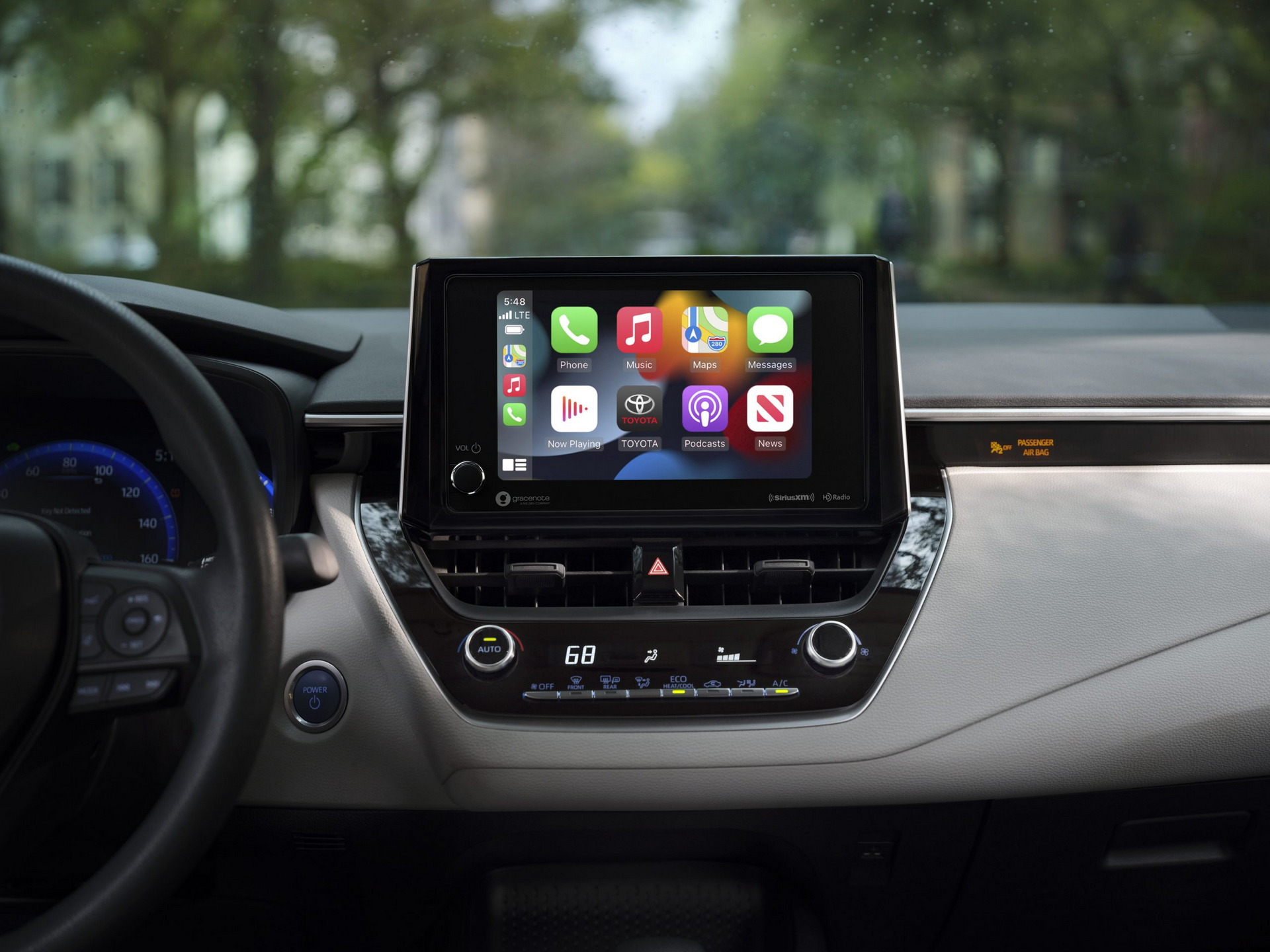 The gauge cluster features a 4.2-inch multi-information display as standard, with an upgraded 7-inch unit for the XSE and XLE. The updated graphics of these screens, which can be customized by the driver, display such details as current speed, fuel efficiency, tire pressure, and TSS functions in addition to other general vehicle information. Also available on the SE, XSE, and XLE trims is a JBL Premium Audio system with 9 speakers, an 800-watt amplifier, and a 10-inch subwoofer.

Pricing and availability for the 2023 Corolla range will be announced at a later date.