A former Mongols bikie who was gunned down while at his cousin’s funeral has sent a chilling message to his attackers from his hospital bed.

Sam Abdulrahim, 30, was shot in the chest six times while at the funeral at Fawkner Cemetery, in Melbourne’s northern suburbs, on Saturday.

He was taken to Royal Melbourne Hospital in a critical condition but is now stable after receiving two life-saving surgeries.

Abdulrahim used what little energy he had on Sunday to post a photo of himself lying in a hospital bed with tubes hooked up to his body while he gives the middle finger.

‘Allah is bigger than all these flops, they’ll get their day,’ he wrote in the caption.

His chilling threat comes as a mother and her four-year-old son, embroiled in the violence when the fleeing gunmen stole their car, relived the terrifying moment they were carjacked. 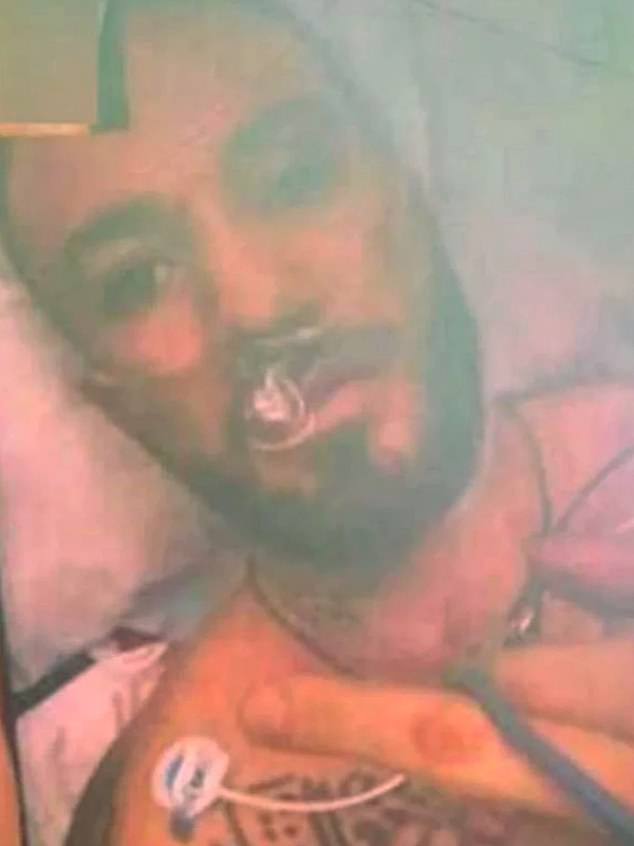 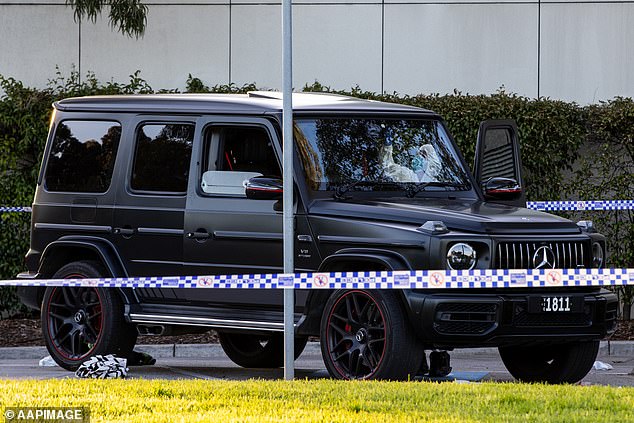 The gunmen were in a Mazda SUV when they allegedly opened fire on Abdulrahim as he drove his $ 300,000 Mercedes G-Class 4WD (pictured) in the funeral procession

The gunmen were in a Mazda SUV when they allegedly opened fire on Abdulrahim while he was driving his $ 300,000 Mercedes G-Class 4WD in the funeral procession.

The gunmen then took off before crashing their vehicle into a fire hydrant at the intersection of Sydney Rd and Box Forest Rd.

They pulled Natasha and her son Vinny out of their Ford Territory before stealing the vehicle to make a quick getaway.

‘All I remember is a gun pointed at my face,’ Natasha told Sunrise.

‘The next thing I know, I’m pulling my kid out of the car. 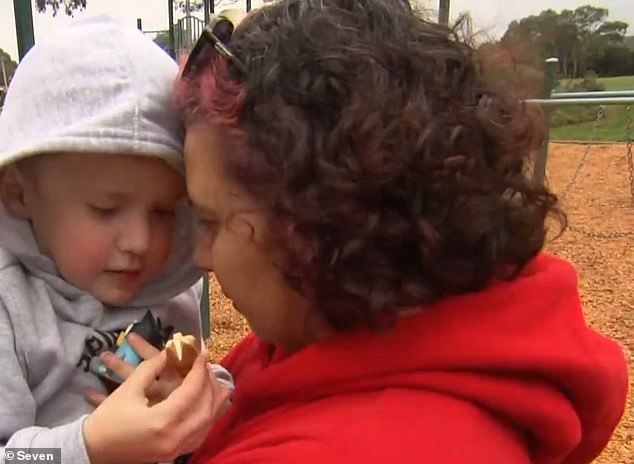 Natasha and her son Vinny were carjacked in the terrifying situation 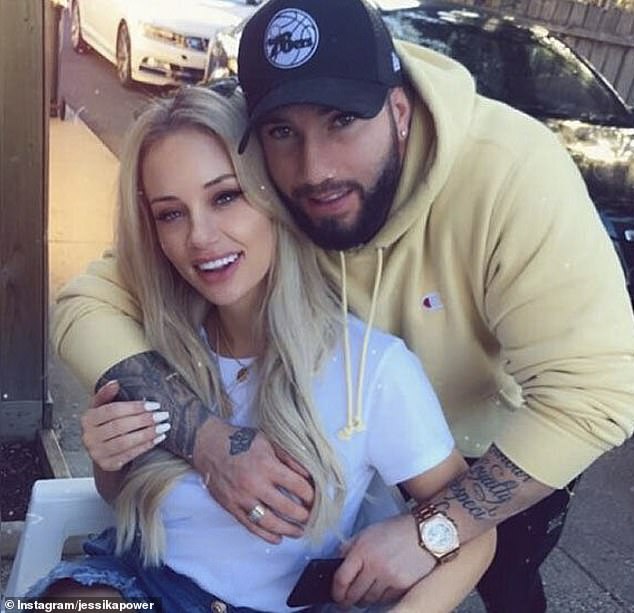 Vinny said a gun was aimed at his mother while pointing at his face to describe where the weapon was pointed at her.

‘The bad guy told mommy and me to get out,’ he said.

Police later found the Ford Territory torched 15km away in Epping. A gun was left behind in the vehicle.

Abdulrahim managed to drive himself to a local police station after he was shot before emergency services transported him to hospital.

Police believe the Mazda SUV driven by the gunmen had ‘cloned’ number plates attached to it.

Ambulance Victoria said paramedics had responded to an incident in Hadfield. 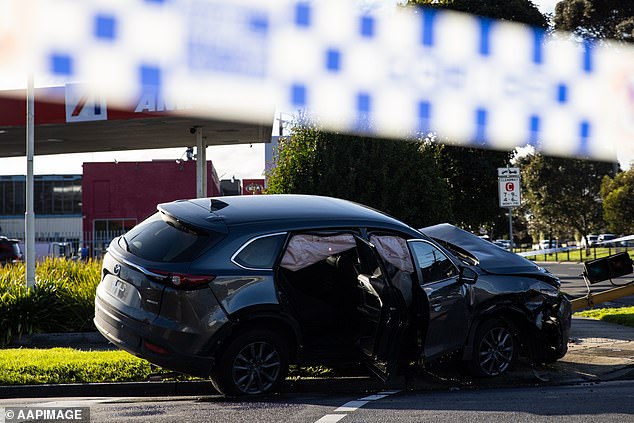 ‘Paramedics treated one person at the scene who has been taken to hospital in a critical condition,’ Ambulance Victoria said in a statement.

‘Obviously it was a terrifying experience, an incident like this is terrifying for the public and for the people involved,’ he said.

The shooting comes months after Abdulrahim, sergeant-at-arms Mark Balsillie and Toby Mitchell were ordered to hand in their colors.

Balsillie and Abdulrahim were summoned to an emergency meeting with the gang’s new Queensland hierarchy on the Gold Coast where they were told they were out, the Herald Sun reported.

Mitchell, also a former Bandidos boss, Balsillie and Abdulrahim were widely regarded as three of the most influential Mongols in the club’s ranks last year. 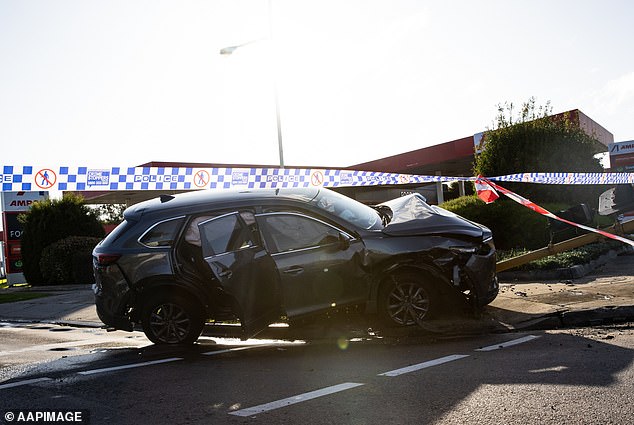 The Mazda is seen after it crashed into a pole in Fawkner, Melbourne after a former bikie was shot 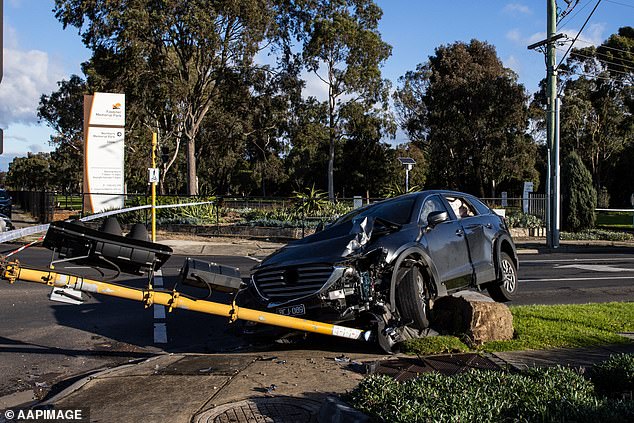 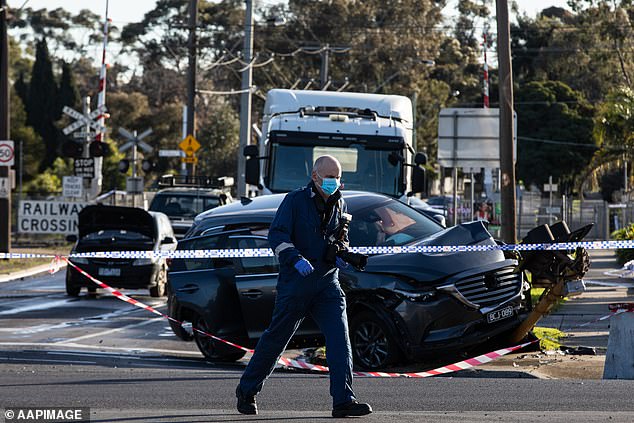 Investigations are continuing into the incident which occurred on Saturday afternoon 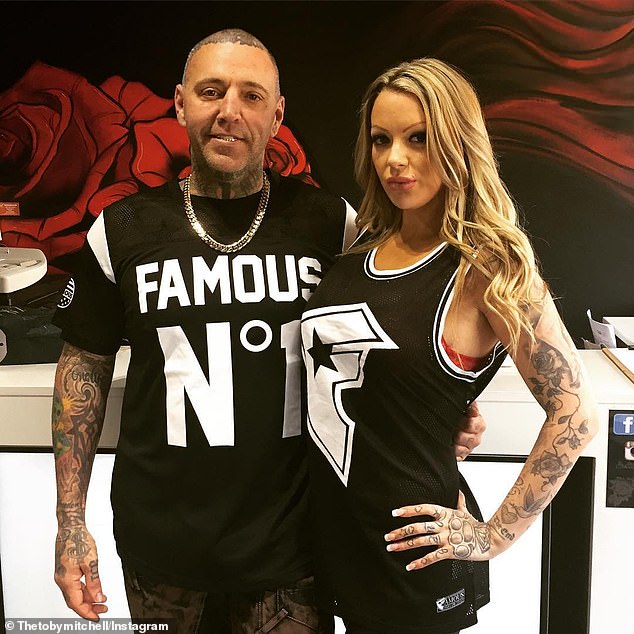 The shooting comes months after Abdulrahim, sergeant-at-arms Mark Balsillie and Toby Mitchell (pictured) were ordered to hand in their colors

Abdulrahim is well-known in kickboxing circles as ‘The Punisher’ and owns boxing management company Punisher Promotions.

He was jailed for a minimum of two years after crashing his Ferrari 360 Spider into several cars and killing 88-year-old great-grandmother Muriel Hulett in 2015.

Abdulrahim was also involved in a brawl at Melbourne Magistrates Court in the same year and was found guilty of assault and convicted $ 2000. 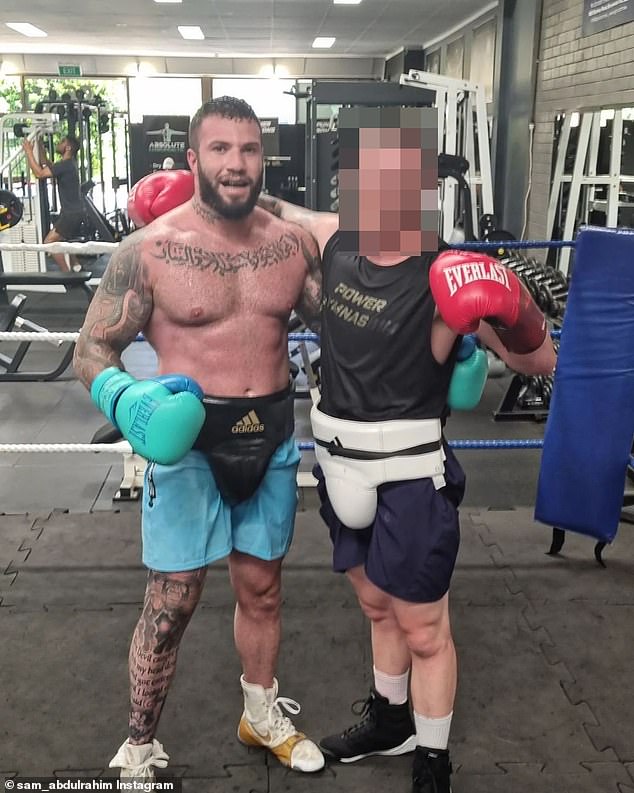