Thousands of unskilled jobs paying up to $120,000 a year are about to become available – but the catch is a high failure rate for people unprepared for the grueling lifestyle.

Jobs in iron ore and gold mining are being driven by high prices and surging production.

Salaries for mining sector graduates in WA jumped up to 27 percent in 2021, but now it seems even unskilled workers can earn six figures from the latest mining boom.

Gold mining is busiest in WA, but there are also mines in outback New South Wales and western Queensland. The high Australian gold price is also driving demand for employees. 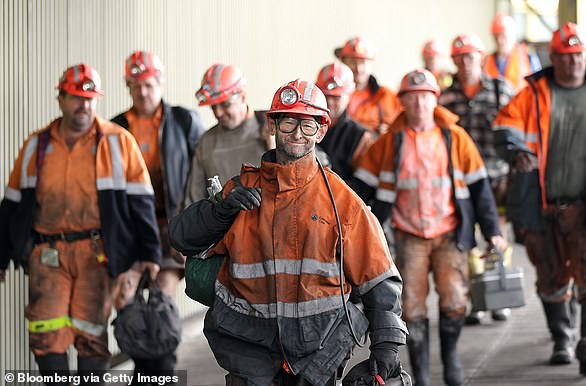 Thousands of unskilled jobs paying up to $120,000 a year are about to become available – but the catch is a high failure rate for people unprepared for the grueling lifestyle

Andrew Knight, a trainer with Underground Training, predicts there will be new roles available across 120 WA sites mining everything from gold, zinc, nickel, copper, uranium and lead.

Demand for these minerals is driven by export of components for phones, batteries and computers.

New starters such as truck drivers and unskilled ‘nippers’ or ‘gofers’ (who drive people across a mine site) usually earn between $350 and $550 a day.

‘An experienced nipper around Kalgoorlie can make up to $550 a day,’ Mr Knight said.

For those interested in mining careers, it doesn’t take long to move into highly paid roles, well beyond most jobs. 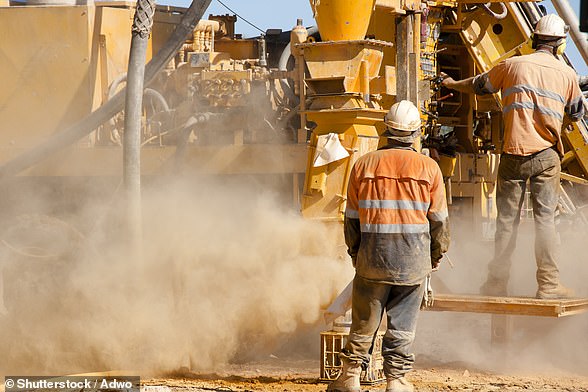 Andrew Knight, a trainer with Underground Training, predicts there will be new roles available across 120 WA sites mining everything from gold, zinc, nickel, copper, uranium and lead 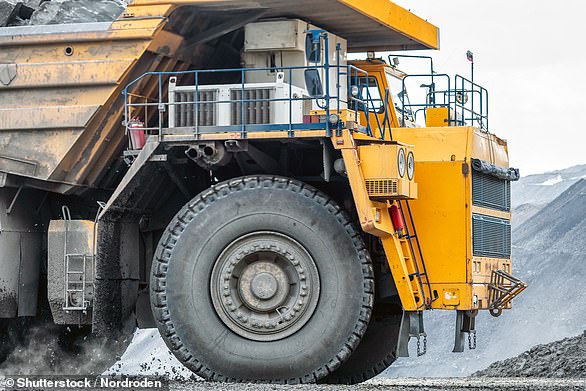 Underground mining vehicles cost millions, so damaging one can cost hundreds of thousands of dollars. Breaking equipment can devastate an operation 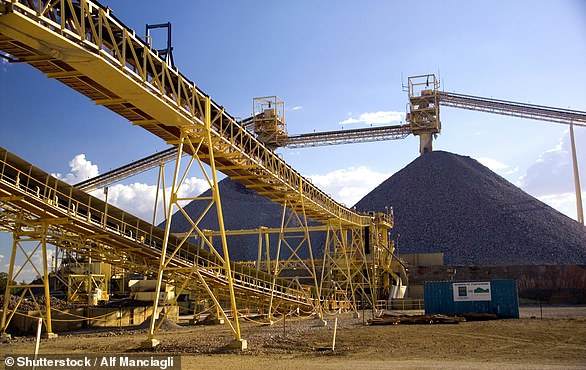 Mr. Knight estimated around a quarter of crews are women.

He said people new to mining will start in a driver or gofer role for at least six months to a year, usually working two weeks straight before having a week off.

Mr Knight points out that 12 hour shifts and working 14 days straight are ‘industry standard’ – which can come as a shock to people who ‘go in green’.

‘The failure rate is around three out of five people if they aren’t trained before they start.’

‘If they turn up without training to a mine site it’s sink or swim. A lot of people sink.’

Mr. Andrews says the toughest thing for newbies – aside from the long hours and physically demanding work – is the pressure.

‘For a lot of people it’ll be the most time-oriented job they’ll ever have.

The consequences of making mistakes are even worse.

Underground mining vehicles cost millions, so damaging one can cost hundreds of thousands of dollars. Breaking equipment can devastate an operation.

‘When a rope broke on a haulage shaft at a major South Australian mine they couldn’t haul anything out for three months and it cost them $300 million to $400 million, Mr Knight said.

‘If you can’t get up to speed quickly enough, there’s not a lot of counseling that goes on,’ he admits.

‘You will probably get the window seat in the van, which means they give you one last look at mine as you drive away. It means you got the sack.’

People are fired at every mine, every day for not keeping up, he said.

If you can last a couple of years, the salaries will climb steeply – even for people without degrees.

After around two years, quick learners can move into ‘mid-tier’ roles such as boggers (driving underground loaders) and charge-up (loading explosives). These pay between $160,000 and $200,000 a year depending on shifts.

Diamond drillers, who do the exploratory drilling for new sites, earn a little less, but at least $800 a day.

The next tier of employment is for jumbo operators, who drill holes for explosives and install roof and ground support.

Beyond that, experienced miners can study for a shift supervisor’s ticket and then go onto become foremen.

Mr. Knight says Australian mine supervisors are highly sought-after and can earn up to $40,000 a month in some overseas mines.

While iron ore has been a big employer, it is understood that the traineeships usually in that sector – which start around $75,000 – may not yield long-term jobs.

As with all mining, truck driving in iron ore is one of the main entry-level job options, but iron ore miners are moving to driverless trucks by 2024, which means many of those jobs could go.

Recent data from BDO Australia’s Remsmart national survey of the natural resources industry in June showed that existing wages rose for some trades by 12 to 15 percent.