Born and brought up in East London, the youngest of 12 children crammed into a terrace house, Sol Campbell became one of English football’s greatest centre-backs.

But I can reveal that he has just had a bitter lesson that, even in retirement, it is possible to be the victim of foul play – which, on this occasion, has, he says, left him a staggering £1.5 million out of pocket.

‘Sol recently let out his mansion in Chelsea,’ I’m told. ‘It’s magnificent – six storeys, eight bedrooms, overlooking the Thames, with a garden at the front and another at the back.’ 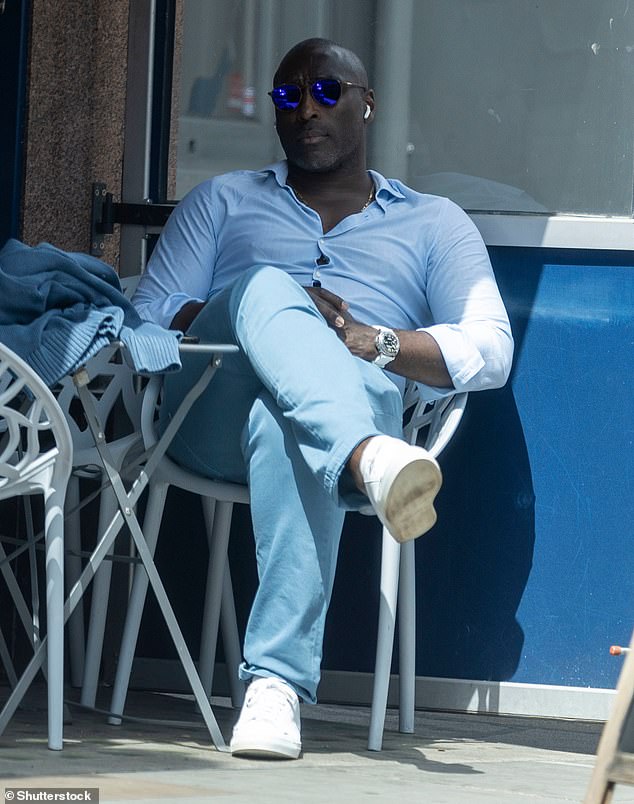 Sol Campbell’s terrible tenant has left him a staggering £1.5 million out of pocket

There was a problem. The tenant did not pay the rent. Sol’s had to go to court to get an eviction order.’

When I called Campbell, 47, I found him bristling with anger – not just with the tenant but also with grand estate agents, Savills.

‘Savills got the guy in,’ he tells me, explaining that Campbell and his wife, Fiona, an acclaimed interior designer and granddaughter of Barratt Homes founder Sir Lawrie Barratt, decided to let the Chelsea house last summer. Initially, everything seemed fine. The tenant had apparently just sold his insurance business — ‘for £1 billion,’ says Campbell. A two-year contract was duly signed.

‘He paid the deposit and three months’ rent.’ But that was it: not a penny more was paid. 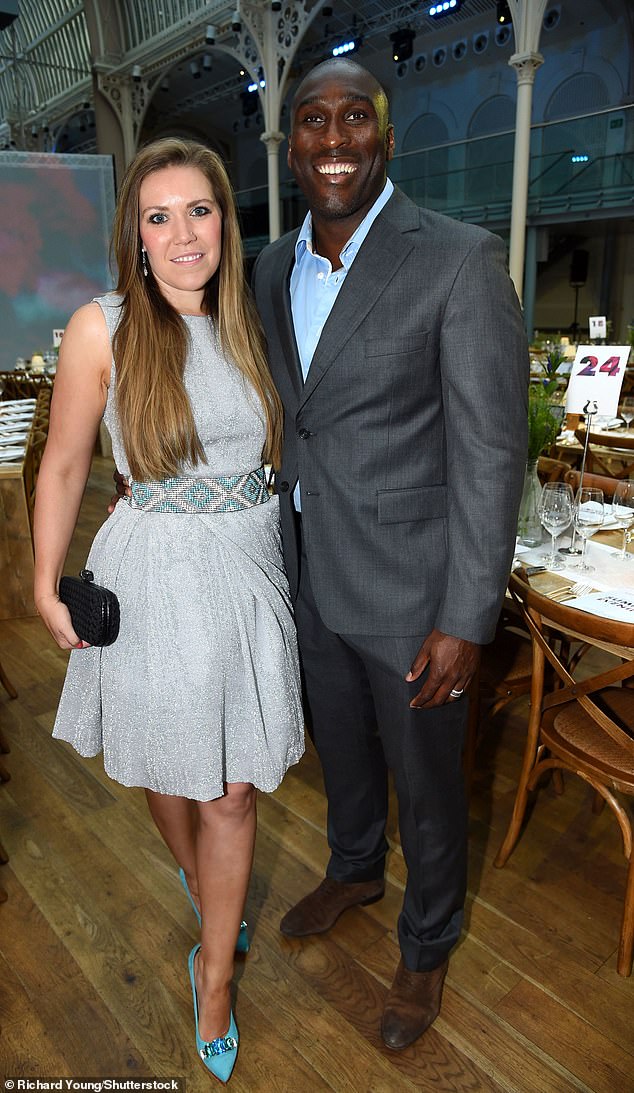 Campbell moved on to the offensive, hiring a private investigator.

‘The tenant has done a lot to take himself off the internet but he was named in the Panama Papers,’ Campbell adds, referring to the files containing financial records about wealthy individuals and government officials which, in some cases, expose fraud and tax evasion . Other details tumbled out. ‘He’s apparently getting divorced, he’s paying two or three employees, he’s paying school fees. He’s paying everyone – except me.’ The eviction order takes effect later this month.

But Sol and Fiona have had enough: their trophy house is on the market — for £23 million.

A Savills spokesperson says references and credit checks were conducted, telling me: ‘The decision to proceed with a tenancy rests solely with the property owner.’

TV chef Ainsley Harriott’s family is considering legal action against the Royal Horticultural Society after his sister Jacqueline fell into a pond at the Chelsea Flower Show in May. 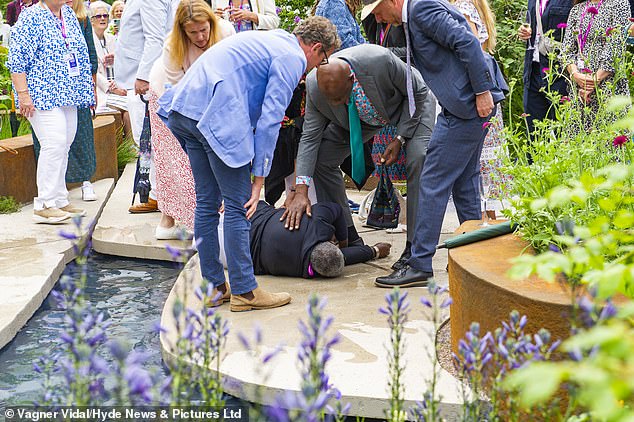 Ainsley Harriott’s sister Jacqueline being removed by her brother from a water feature inside the BBC garden, after she fell into it on the first day of the Chelsea Flower Show

Paramedics took her to the hospital after she was seen coughing up ‘a lot of water’. He tells me: ‘The Health and Safety was not particularly great.’ Speaking at the TRIC awards at Grosvenor House hotel in Mayfair, Harriott says: ‘They should have roped it [the show pond] off It was about 6ft deep – quite a drop once you hit the water.’

An RHS spokesperson says: ‘We take Health and Safety very seriously. Throughout the remainder of the show we made the decision to close the garden to visitors.’

Oscar-winner Eddie Redmayne is hard to take seriously, according to TV’s Rob Brydon. ‘Eddie Redmayne sounds like the sort of pony that a middle-class girl would own in Surrey,’ he says of the 40-year-old star’s moniker. ‘Eddie Red Mane. . . he’s got a red mane of hair. “Come along, Eddie Red Mane, come along Eddie Red Mane”, as she’s running at the side of it.’ Referring to Eddie’s fellow Eton-educated actor Tom Hiddleston, 41, the comedian adds: ‘The other one would be called Mister Hiddleston’

Will Jamie and Kate join the Primrose Hill set?

Could London’s swanky Primrose Hill be set for a boost in ballet shoe sales?

I ask only because Billy Elliot star Jamie Bell, 36, and his Hollywood actress wife, Kate Mara, 39, were spotted house-hunting in the North London neighborhood. 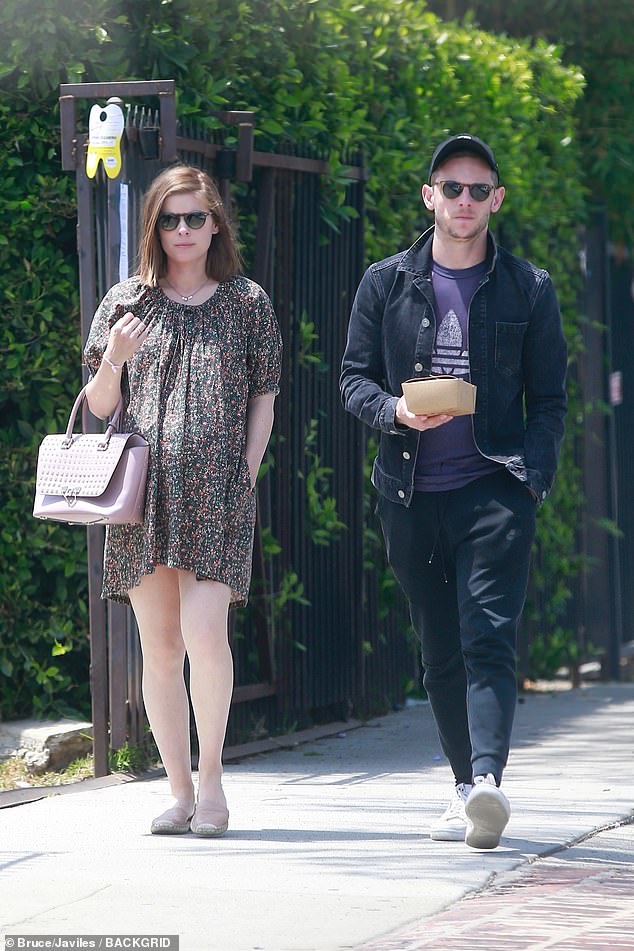 The casually dressed pair, who have a three-year-old daughter, met a woman who showed them around a house in a gated mews, as well as giving them a brief tour of amenities in the area, where the average price of a terrace house is almost £4 million.

The pair recently put their LA pad on sale for £2.6 million.

Arch-feminist Germaine Greer has moved into a care home, after returning to her native Australia last year.

And I hear the author of The Female Eunuch, 83, is already provoking rows.

When residents gathered to play a game of ‘word bingo’, they had to ask her to stop, because she knew all the answers.

‘I’m supposed to win, aren’t I?’ she says I’ve got a PhD from Cambridge. I had to sit there, while they groped their way to the quite obvious answer. Probably they hated me. That’s fine, I’m here to be hated.’

Marco’s girl is rolling in it

With soaring prices, and the nation feeling the pinch, I’m not sure this is the best look. . . 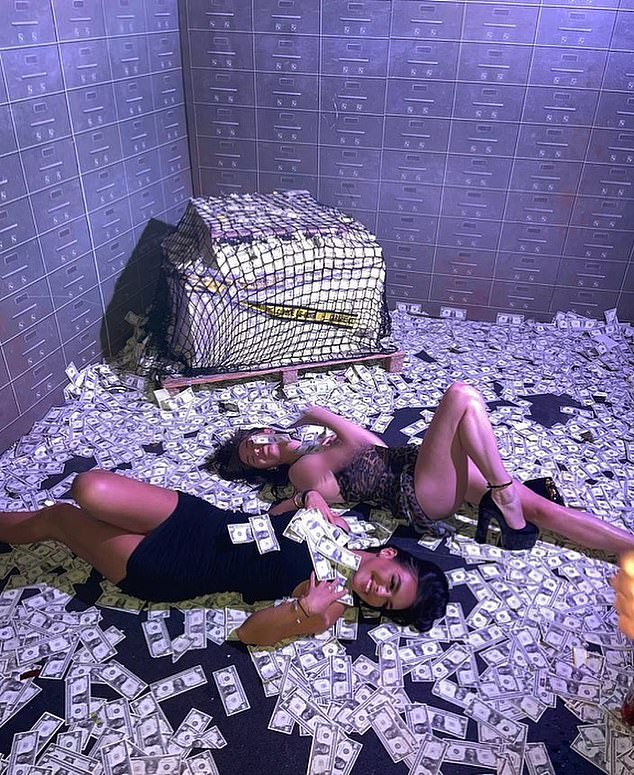 Restaurateur Marco Pierre White’s daughter Mirabelle has shared this photo of her and a friend, Eva, rolling around in a sea of ​​fake money.

The picture was taken in one of the themed rooms at Soho nightclub Cirque le Soir.

Cirque le Soir, where tables start at £1,000, has played host to Prince William, Princess Eugenie and Hollywood star Leonardo DiCaprio in the past.