Known for his lewd behavior in the Nineties, TV presenter Chris Evans has now been slammed by Victoria Beckham for forcing her to weigh herself on live television shortly after giving birth.

The extraordinary incident happened on Evans’s Channel 4 show TFI Friday in 1999, two months after the then Spice Girls singer had given birth to Brooklyn, her first child with England captain David Beckham.

Evans told her: ‘A lot of girls want to know, because you look fantastic again, how did you get back to your shape after birth?’

After replying that she was actually really lazy and hadn’t been to the gym at all, the host wouldn’t let up, demanding: ‘Is your weight back to normal?’

When she said it was, he persisted: ‘Can I check, do you mind?’ before getting her to step on to some scales and remarking: ‘Eight stone’s not bad at all, is it?’

The fashion designer now says: ‘I went on a TV show with Chris Evans many years ago and I’d just had Brooklyn and lost a lot of weight after.

‘It happened to my mum after her pregnancies. It doesn’t mean you have an eating disorder. And he made me stand on the scales to be weighed. Can you imagine doing that nowadays? ‘ 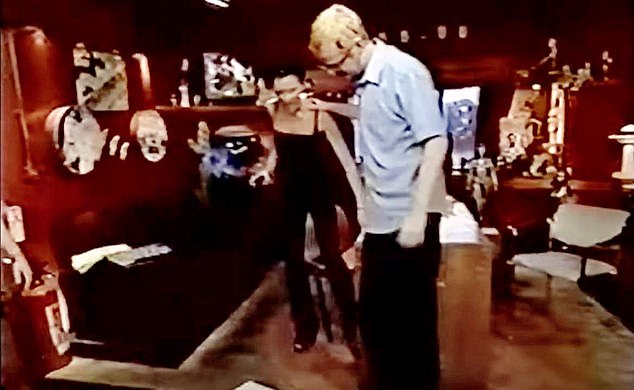 Right off the scale: Chris Evans weighs the then new-mum Victoria Beckham live on TV

The former Posh Spice talks about the media obsession with her body shape in the upcoming edition of Vogue Australia: ‘I’ve had’ Porky Posh ‘, I’ve had’ Skeletal Posh ‘. After I had Brooklyn, there was a picture pointing to every single part of my body where I had to focus on losing the weight from. ‘

Evans’s behavior around the time of the incident has been the subject of much interest.

He was questioned by police in 2016 after a woman alleged that he exposed himself to her on Channel 4’s The Big Breakfast. He denied indecent assault and claimed that he was the victim of a witch-hunt.

Evans, 56, recently told listeners of his Virgin Radio show that he planned to bring back TFI Friday later this year. Last night, he could not be reached for comment.

Glasto might have been all over the BBC schedules, but Liam Gallagher thinks there should be more music on TV – and far fewer baking and cooking shows. ‘That’s the problem with this f ****** country – too many programs on food,’ snarls the Oasis star, 49. ‘There’s nothing on music. The only thing you’ve got is Jools Holland. You’ve got a lot of d ** ks baking cakes and all that. F *** off. ‘

Dame Judi Dench met her future husband, Michael Williams, when they were cast together in a theater production, but she’s revealed she’s not the only co-star she’s fallen in love with on stage. 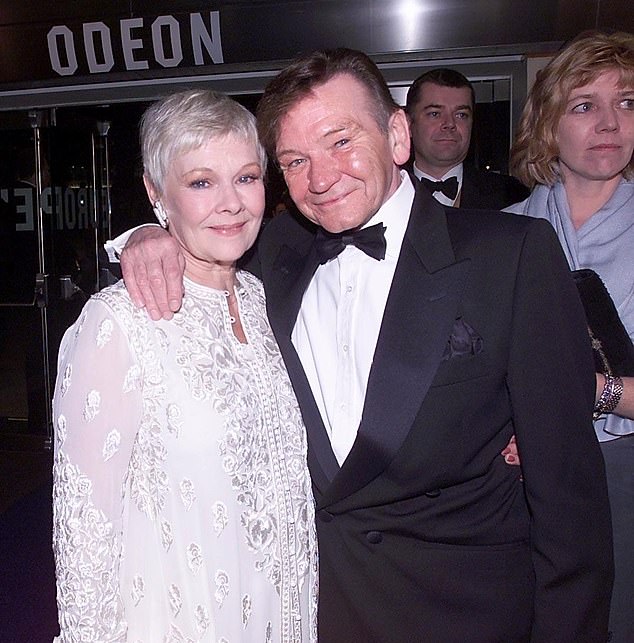 Giving another example during a talk at the Gielgud Theater in London’s West End, the Oscar winner, 87, says: ‘I was in Hamlet with John Neville. He was beautiful. It was beautiful. ‘

Asked if she fell in love with Neville, who died in 2011 aged 86, she replies: ‘Yes. I am very prone to it. I am very susceptible. It does not happen all the time, and it does not go to enormous extremes, but it is, perhaps, sharing [stage] fright that is so electrifying. ‘

He gave up his membership of the Royal and Ancient Golf Club of St Andrews, was stripped of the title of honorary president of Inverness Golf Club, and his honorary membership of the Royal Dornoch Golf Club was revoked, yet there is one course left in Scotland where Prince Andrew can still play – on the Queen’s Balmoral estate in Aberdeenshire. And now it’s advertising for ‘an enthusiastic’ seasonal greenkeeper for its nine-hole course. The contract will run from July to October – coincidentally when the royals are mostly in residence.

Lipman’s heart is in just the right place

She lost her husband, Jack Rosenthal, in 2004 but found comfort with Guido Castro in 2008 – only to lose him, too, last year.

But Maureen Lipman was determined that a man would accompany her to Windsor Castle when made a Dame by Prince Charles, as she told guests attending ‘an intimate evening’ at London’s Delaunay restaurant last week. 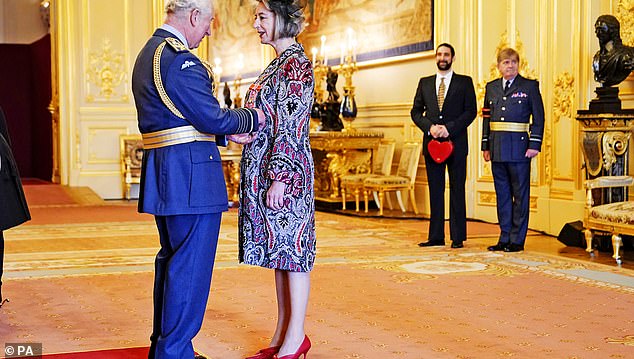 So she invited her son, Adam, telling him he would need to wear a suit – and a tie. Adam managed both. But Lipman noticed that his flies were undone. Not just undone, it transpired, but broken.

‘I had with me a red, heart-shaped, patent leather handbag,’ added Lipman, explaining that Adam clamped it strategically in position (circled) ‘while I took the gong from Prince Charles’.

She adds: ‘He was on the Six O’Clock News – all his friends saw him with this heart handbag in his hands.’

The Queen tapped her teacup to the opening beats of their anthem We Will Rock You to mark the start of her Platinum Party at the Palace. But there’s an even more pleasing sound for ageing rockers Queen – the ringing of cash tills. Newly published figures for their music business, Queen Productions, disclose a staggering turnover of £ 39.2 million with a £ 17 million dividend shared among Brian May, John Deacon, Roger Taylor and the estate of Freddie Mercury. The band continue to reap the rewards of the blockbuster biopic Bohemian Rhapsody.

Orlando’s big build up after a fall

Orlando Bloom was told he would be wheelchair-bound after he fell while climbing on a roof when he was a teenager.

Now 45, the Canterbury-born actor, who shot to fame as an elf in The Lord Of The Rings, is celebrating overcoming physical adversity by showing off his strapping physique. 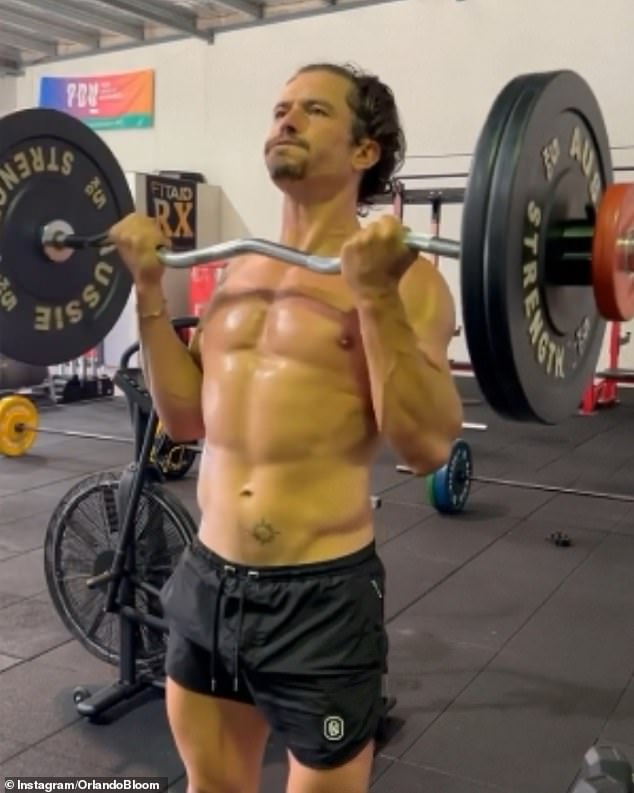 ‘I broke my back when I was 19 and they said I’d never walk again,’ says Bloom, who’s engaged to pop superstar Katy Perry.

‘I broke my spine, narrowly escaping death and paralysis. I’m grateful every day for my limbs. ‘