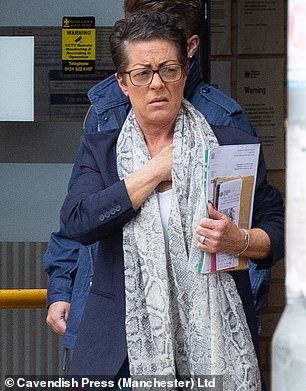 Angela Hinton (pictured), 55, was stopped in her Mini Cooper on the M58 in Merseyside after she was seen getting behind the wheel of her Mini after a vodka binge

A woman has avoided jail despite being five times over the drink-drive limit when the police caught her swerving on the highway at 40 mph after a vodka binge.

Police took a breath test from Angela Hinton, 55, and the machine showed the drunk driver was more than five times the alcohol limit as she drove her car along a highway.

She was stopped in her Mini Cooper on the M58 near her home in Rainford, Merseyside after an eyewitness spotted her clambering behind the wheel of the vehicle following a vodka binge.

Merseyside Police said the car was seen swerving on lane one of the carriageway at 40mph in the moments before Hinton was pulled over and breathalysed by police officers.

A breathalyser test taken on the side of the road showed that she had 177 micrograms (μg) of alcohol in 100 milliliters of breath, well over the legal limit of 35μg per 100ml.

Magistrates agreed to suspend her sentence and 84 hours of unpaid work after her solicitor said she was seeking help from substance abuse charity, Change Grow Life.

Her drinking problem was caused by problems at home, her solicitor Georgia Maudsley said.

She added that Hinton was at the hotel – the Park Hotel in Netherton – to get away from the family home and used alcohol to escape her problems. 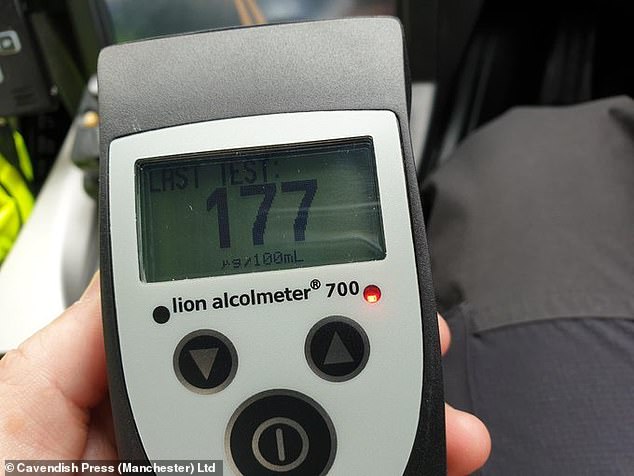 This picture shows police holding up a breath-test machine (alcolmeter) which showed Hinton was more than five times the alcohol limit as she drove her car along a highway. This test showed that she had 177 micrograms (μg) of alcohol in 100 milliliters of breath, well above the legal limit of 35 μg per 100 ml.

At the time of the incident, officers were so shocked at the reading, they posted a picture of the alcohol meter on Twitter saying: ‘Thank you to the member of the public who contacted us about a possible drunk driver.

‘Vehicle stopped on the M58 and blew a staggering 177 at the roadside. The legal limit is 35. That driver will remain in custody until they are taken to court.’

At Sefton Magistrates Court Hinton pleaded guilty to drink driving on the basis of a lower reading at the police station which showed she had 157 micrograms of alcohol in 100ml of breath.

She was sentenced to 12 weeks in prison, suspended for 12 months and banned from driving for three years.

Miss Shannen Carey, prosecuting, said that a report was made to the police at 1.30pm on May 18 that a woman driving a blue Mini Cooper had left the Park Hotel in Netherton having drunk a large amount of vodka.

She added: ‘It was seen swerving on lane one of three on the M58 motorway driving at 40mph. Clearly it was dangerous to the public and herself.

She was stopped by the officer. She said she had not had a drink that day.

The officer detected a strong smell of intoxicants in the vehicle and asked the defendant to sit in the back of the police vehicle where a roadside breath test was completed.

The reading was 177 micrograms of alcohol per 100 ml of breath at the roadside. She was taken into custody where the drink driving procedure was completed.

‘The defendant has one previous conviction for an unrelated offence.’ 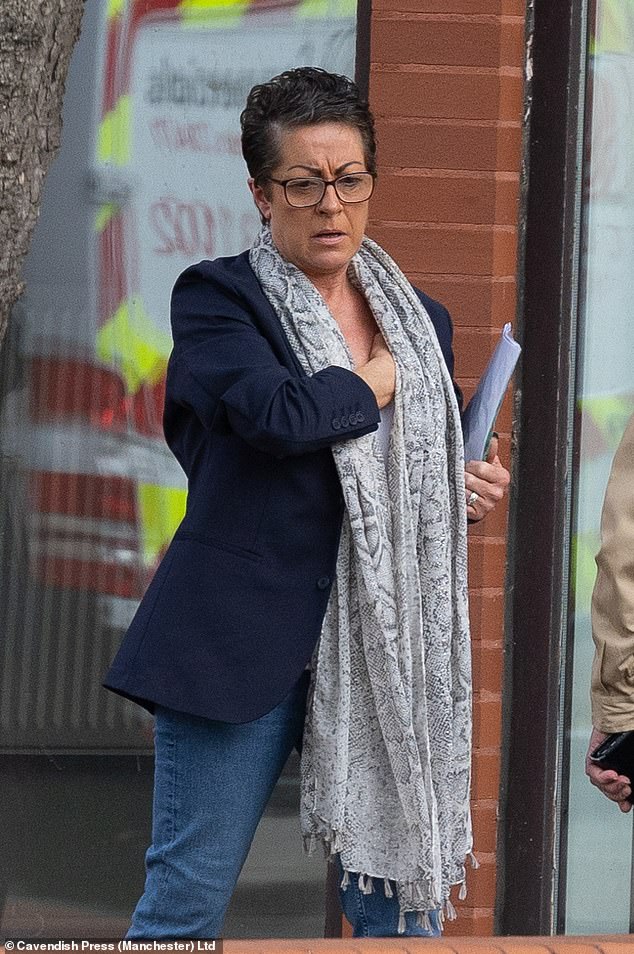 She held her hands up and complied with the police procedure, but she has been struggling with her home life. She went to stay at the Park Hotel to get away from the issues at her family home and was using alcohol to escape her problems,’ said Hinton’s defense solicitor Georgia Maudsley.

In mitigation defense solicitor Georgia Maudsley said: ‘Undoubtedly, this is a very serious offense and Ms. Hinton does recognize that, bearing in mind the amount of alcohol on her breath, the whereabouts on the road and the manner of driving.

She held her hands up and complied with the police procedure, but she has been struggling with her home life. She went to stay at the Park Hotel to get away from the issues at her family home and was using alcohol to escape her problems.

She has started to engage with Change Grow Life and they are assisting her. Any period of imprisonment can be suspended. She has complied with the police, the courts, and the probation service throughout this procedure.

She has no relevant previous convictions and has fully accepted responsibility. She also recognizes the cause of her offending and as a result she has engaged with Change Grow Live.’

Hinton was also ordered to complete 84 hours of unpaid work and participate in 20 days of rehabilitative activities.

Chairman of the bench, Brian Wilson, said: ‘This is a very serious matter, however, we are prepared to suspend this sentence because you have a lack of previous relevant convictions and we feel there’s a realistic prospect of rehabilitation. You have already sought help.’