Dreamworld will likely cover the private school fees of two children after they lost their biological father when he was killed in the theme park’s Thunder River Rapids disaster that claimed the lives of four people.

Roozbeh ‘Roozi’ Araghi, 38, was killed alongside his partner Luke Dorsett when the ride’s water pump malfunctioned on October 25, 2016, causing their heavy raft to flip when the water levels dropped dangerously low.

Now, it has been revealed that Mr. Araghi was the biological father of two children, Zachary Araghi-Dawson, 8, and Harrison Araghi-Dawson, 4, after he donated sperm to his cousin’s partner to help them have a family.

The children could be awarded damages if their claim as his ‘dependents’ is settled in court, The Courier-Mail reported. 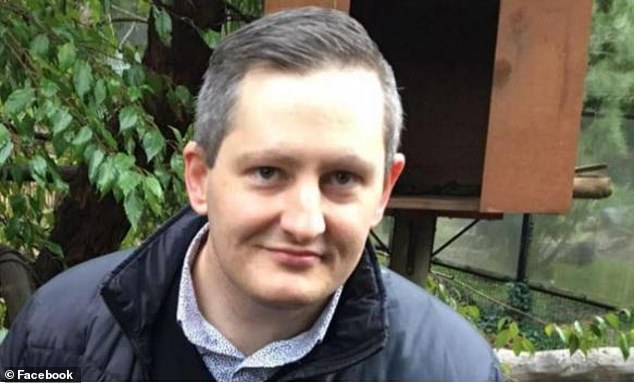 High-flying Sydney software executive Sarah Dawson, 46, who is in a same-sex relationship with her cousin Nicola ‘Nicki’ Araghi, was gifted the sperm prior to Mr Araghi’s death.

Ms. Dawson gave birth to Zachary in 2013 and was pregnant with Harrison when Mr. Araghi died, giving birth to the boy in 2017, eight months after his death.

Last month, and more than five years after the tragedy, Ms. Dawson lodged an application in the Supreme Court in Brisbane for the children’s dependency claim to be settled.

The claim against Dreamworld’s parent company Ardent Leisure was provisionally resolved for $300,000 at a meeting in October last year.

However, the settlement needs the court’s approval to be finalized.

Ms Dawson told the court the proposed payment was reasonable ‘particularly with a claim involving a novel family arrangement like ours’.

Ms Dawson, who is the chief customer officer at software company PropertyMe, said the settlement mitigated the costs and risks of taking the case to trial.

Lawyer Merridy Gordon, representing the boys, said in an affidavit tendered to the court that Ardent Leisure’s liability over the tragedy is ‘not really in doubt, given the damning findings of the Coroner’s Court’. 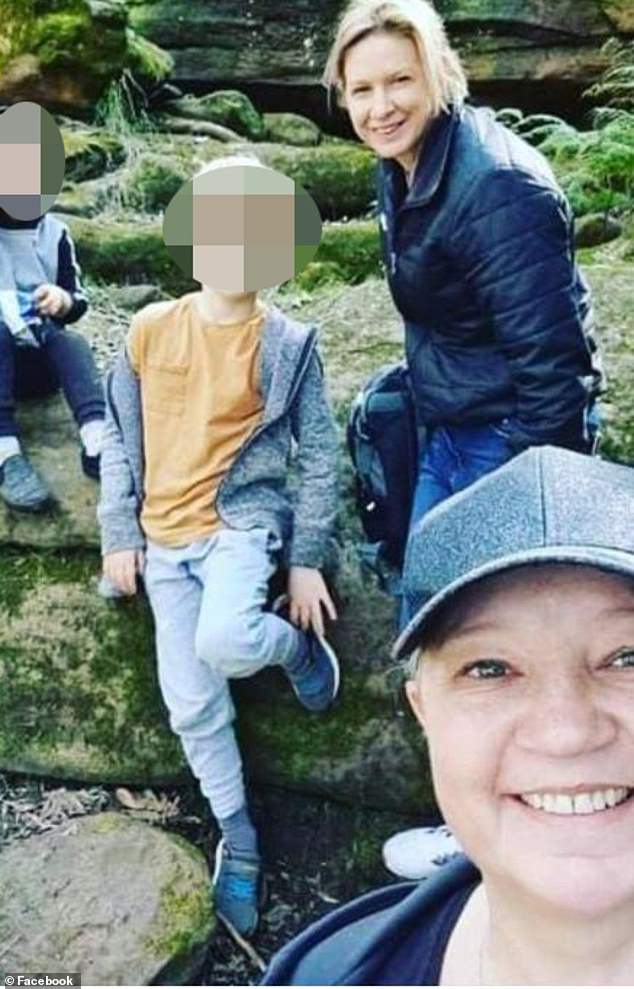 Pictured: Nicola ‘Nicki’ Araghi (front) and Sarah Dawson (back) with their two sons, Zachary and Harrison

In September 2020, Ardent Leisure was ordered to pay $3.6 million in fines after pleading guilty to safety charges over the Thunder River Rapids ride tragedy.

The Coroner’s Court said there had been a ‘systemic failure by Dreamworld to ensure all aspects of safety’ and the ride posed a ‘significant risk’ to patrons.

The coronial inquest into the four deaths heard how there was ‘ample evidence of the potential for a disaster’ and the coroner blasted Dreamworld for its ‘frighteningly unsophisticated’ systems.

In her submission last month, Ms Dawson told the court Mr Araghi was a ‘very involved uncle’ who spent time with Zachary and was willing to contribute to the costs of child care and education, agreeing that his sons should attend a private school.

‘Roozi intended that the children would be raised by Nicki and me, but that he would support the children nonetheless. We welcomed his involvement,’ Ms. Dawson wrote in her affidavit.

The trust fund would be split 60 and 40 percent between the boys, Ms. Dawson added. 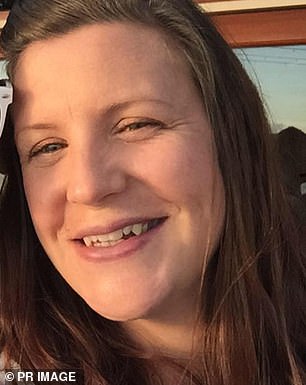 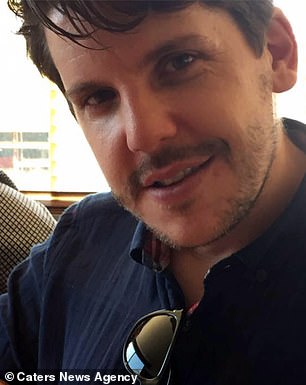 Kate Goodchild (pictured left) and her brother Luke Dorsett (right), the partner of Mr Araghi, were also killed in the Dream World tragedy 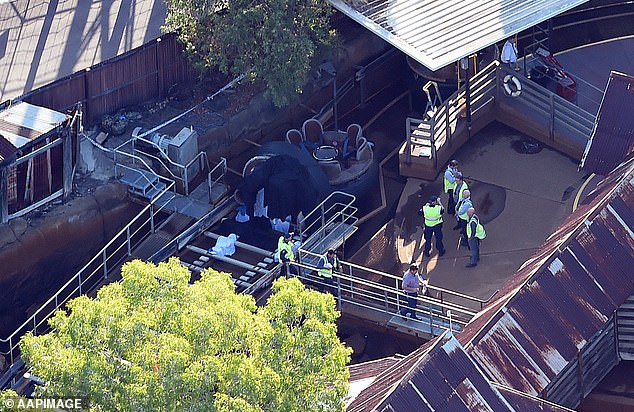 Harrison will receive the higher portion as he has not yet started his schooling, the court heard.

The case is due to be heard on September 12.

Ms. Dawson and Ms. Araghi, an IT executive, have been together for 12 years and live in a $2 million home in Marrickville, in Sydney’s inner west.

Mr Araghi, who lived in Canberra, worked at the Australian Bureau of Statistics, while his partner Mr Dorsett also worked in the public service as an employee for the organ donation register.

In 2018, Simon Araghi paid tribute to his younger sibling as a loving brother and beautiful uncle who was the life of every party.

‘He is such an amazing uncle to my 13-year-old son,’ Simon told The Canberra Times.

He was all of these things and so much more. No words can even begin to describe him. His presence spoke for itself.’

* Their raft collided with another after becoming stuck in the low water and partially flipping, flinging the group into the mechanized conveyor that moved the rafts.

* In October 2017, the police declined to file criminal charges against Dreamworld staff over the disaster.

* On June 18, 2018, coroner James McDougall launched an inquest into the tragedy.

* The inquest wrapped up after 31 days of testimony that savaged the theme park’s reputation.

* It unveiled a litany of problems and was heavily critical of Dreamworld’s training systems.

* In February 2020, Mr. McDougall referred Ardent Leisure to the Office of Industrial Relations.

* He said there was a “systemic failure” at Dreamworld in all aspects of safety.

* Mr McDougall found there had been no thorough engineering risk assessment of the Thunder River Rapids Ride in the 30 years it was open to the public.

* On July 21, 2020, Ardent Leisure was charged and pleaded guilty to three counts of failing to comply with health and safety legislation, and exposing individuals to a risk of serious injury or death.

* Southport magistrate Pam Dowse on Monday fined Ardent $3.6 million, saying the company had failed in its primary safety duty to the public.

* The company knew of the risk of pump failure and the risk of rafts overturning before the accident, she said.