Australia’s former deputy chief health officer Dr. Nick Coatsworth says it is time for corporations to give unvaccinated Aussies back their jobs.

The outspoken critic of many of the harsher pandemic measures took to the pages of the Australian Financial Review to argue that punishing those who had not taken a jab was now morally dubious, scientifically ineffective and could be open to legal challenge.

Some of the nation’s biggest employers such as Coles, Woolworths, Qantas, Virgin Australia, Telstra, the Commonwealth Bank and SPC have an open ‘no job, no work’ policy. 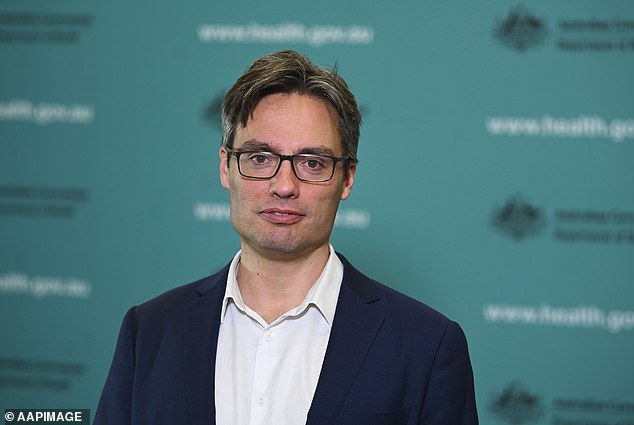 And while official jab requirements have mostly been abolished for all but ‘high risk’ settings, many companies and organizations are enforcing ‘shadow’ mandates by simply refusing to hire un-jabbed workers.

Dr Coatsworth said that while he had supported the mandates initially to overcome the ‘natural human inertia towards getting vaccinated’ that period had passed.

“The Covid-19 environment has changed and the time for corporate vaccine mandates has changed,” he wrote. 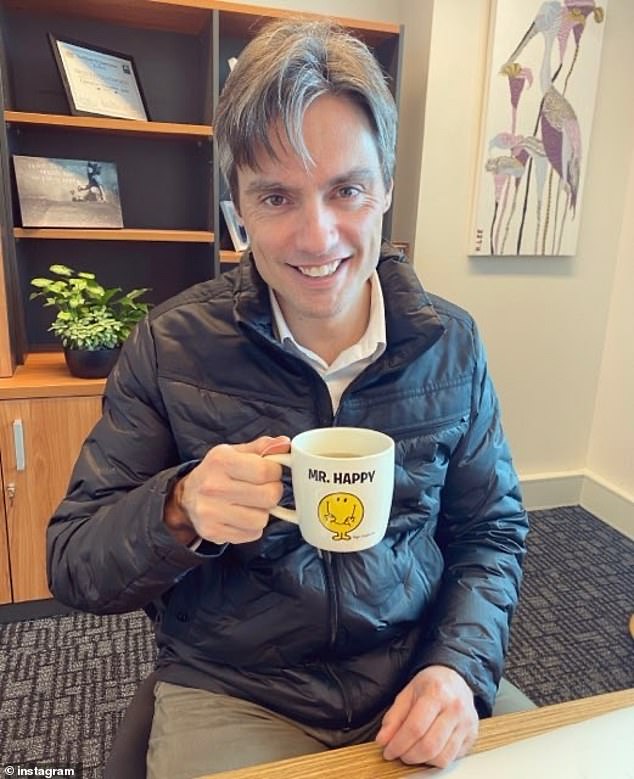 He cited a quote from Monash University bioethicist Zeb Jamrozik: ‘There are worrying signs that current vaccine policies, rather than being science-based, are being driven by socio-political attitudes that reinforce segregation, stigmatization and polarisation…’

He said it was now accepted that vaccines ‘do not reduce transmission’ because the Omicron variant was more infectious. 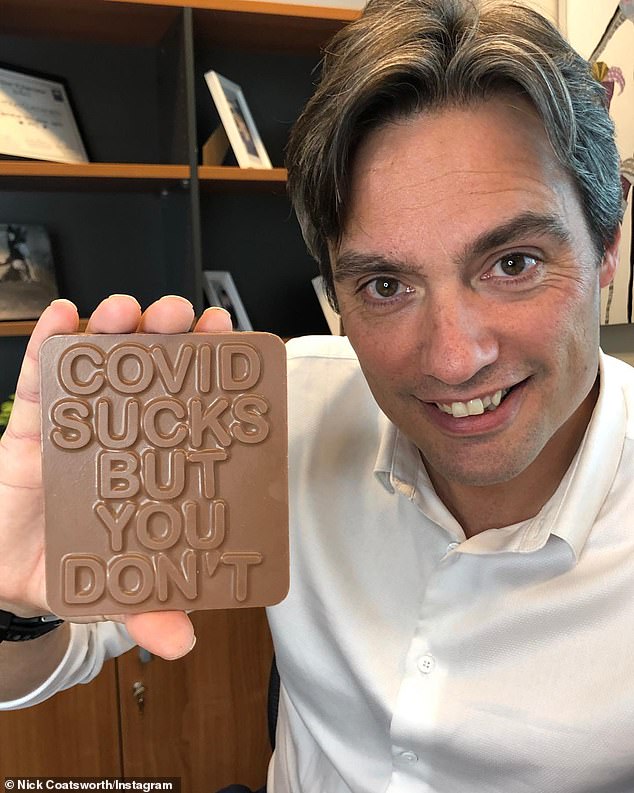 Dr. Coatsworth was appointed one of three new deputy chief medical officers under Dr. Brendan Murphy in March 2020 during the early days of the pandemic.

The second reason was that high vaccination rates had already reduced the impact on the healthcare system and working age Australians were not the ones needing hospital care.

‘If companies could previously claim that their mandates were an exercise of corporate social responsibility to limit the burden of disease, that argument is now discordant with reality,’ Dr. Coatsworth wrote.

He then argued that an employee who contracted Covid and then was fired for not getting the jab might be able to sue because recovering from the disease conferred a natural level of immunity.

What are Australia’s vaccine rules for workers in each state?

Covid vaccinations are entirely voluntary across Australia however the federal government has mandated those who wish to work in high-risk settings must get the jab.

These include areas like the military and aged care settings. But rules in each state can vary.

NSW has ended mandatory vaccination, but individual businesses and industry associations are allowed to make their own assessments on the issue. This means, police, teachers and more must get the jab.

Workers in high-risk settings like schools, emergency services, healthcare and more are required to get the jab. However, exceptions can be made in certain circumstances including a critical staff shortage.

WA’s current mandates apply to a wide range of workers, including those in emergency services, health care, supermarkets and cafes.

But the state will be scaled back significantly from next week with only people working in healthcare, age and disability care, required to be jabbed.

SA’s vaccine mandates have ended but individual businesses are allowed to make their own decisions on whether to hire unvaccinated workers.

Mandatory jabs are in place in a number of settings deemed high risk and individual businesses should seek legal advice before implementing a mandatory jab policy.

Health, disability and aged care workers are required to get the jab, along with staff employed at youth detention centers, homeless and family violence shelters.

Daily Mail Australia understands that although jab mandates have ended in several states, many other companies and institutions are still following an unofficial no jab, no job policy.

Organizations who sacked workers when state-ordered vaccine mandates were brought in in 2021, have refused to hire un-jabbed workers but do not have a formal Covid jab policy for staff.

Although Dr. Coatsworth said most experts thought it was best to have ‘hybrid immunity’ – both natural and vaccine conferred antibodies – but obviously that wasn’t something employers could insist on.

So if an employee who had contracted Covid was fired for not having the vaccine they could potentially sue.

‘Immunity can be easily tested for and an employee seeking redress for unfair dismissal could easily demonstrate equivalent antibody response from their natural infection with a simple blood test,’ he wrote.

Thousands of people have lost their jobs under official and unofficial job mandates.

A Sydney lawyer representing those affected in a class action suit being fought out in the Federal Court, told Daily Mail Australia he’s been inundated with ‘calls from people telling me ‘I’m going to kill myself, I can’t take it anymore’ , I can’t cope”.

Peter Maatouks said while most of the Covid vaccine mandates have been abolished – apart from a few high-risk sectors – state governments across the country have simply pushed the power onto bosses or industry associations. 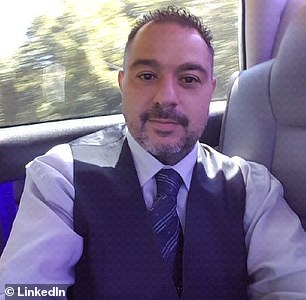 Many organizations who sacked workers when state-ordered vaccine mandates were legislated in 2021, have now adopted their own unofficial ban of the un-jabbed since the laws were eased.

According to Mr Maatouks it can be legally dubious to implement a Covid mandate for staff.

But businesses are able to get around the dilemma by imposing and informal ban on those who aren’t double-dosed.

‘Some states like NSW are pushing the power onto the employers or the individual sectors,’ he said.

‘So all the health departments have done is shift the vaccine mandate from the power of the state to the bosses.

He estimates that ‘tens of thousands if not hundreds of thousands of people’ across the country have lost work or been affected by employee covid jab mandates.

It’s astronomical. On a daily basis I’m getting calls from people telling me ‘I’m going to kill myself, I can’t take it anymore, I can’t cope’, it’s absolute heartbreak and chaos.’

Dr. Coatsworth has long called for a more balanced approach to Covid risks and the potential harms of restrictions.

During a surge in Omicron cases in January, he criticized doctors who said students should stay home as the first weeks of the school year approached.

In a lengthy interview with Daily Mail Australia earlier this year, Dr. Coatsworth said restrictions should be removed as soon as they are not demonstrably necessary.

“My preference was always to look at the benefits and consequences of whatever restrictions were brought in,” he says.

‘I’ve thought in general that we were too slow to realize the negative consequences of most of the restrictions.’

If you or anyone you know is suffering from depression call Lifeline on 13 11 14.

WHY VACCINES ARE IMPORTANT

Immunization is a simple, safe and effective way of protecting people against harmful diseases before they come into contact with them.

Immunization not only protects individuals, but also others in the community, by reducing the spread of preventable diseases.

Research and testing is an essential part of developing safe and effective vaccines.

In Australia, vaccines must pass strict safety testing before the Therapeutic Goods Administration (TGA) will register them for use. Approval of vaccines can take up to 10 years.

Before vaccines become available to the public, large clinical trials test them on thousands of people.

High-quality studies over many years have compared the health of large numbers of vaccinated and unvaccinated children. Medical information from nearly 1.5 million children around the world have confirmed that vaccination does not cause autism.

People first became concerned about autism and immunization after the medical journal The Lancet published a paper in 1998. This paper claimed there was a link between the measles, mumps, rubella (MMR) vaccine and autism. Since then, scientists have completely discredited this paper. The Lancet withdrew it in 2010 and printed an apology. The UK’s General Medical Council struck the author off the medical register for misconduct and dishonesty.