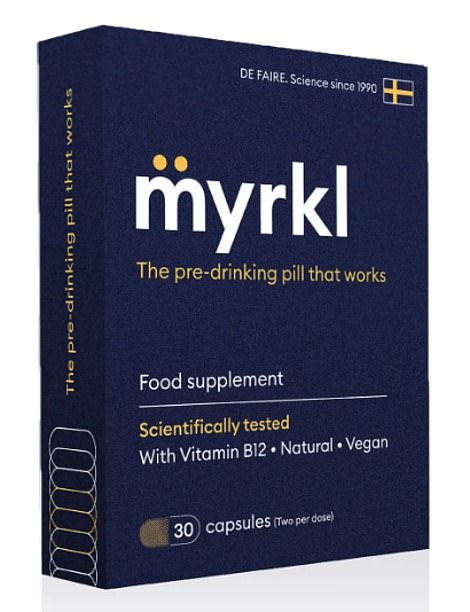 Myrkl, which is taken before drinking, breaks down alcohol in the gut before it reaches the liver. Trials showed that those who took two pills and drank two glasses of wine had 70 percent less alcohol in their blood an hour later, compared to those who did not take it.

Heavy drinking is like taking out a high-interest loan — you borrow happiness that will need to be paid back the next day, usually in the form of a thumping head, fuzzy brain and

So it is little wonder a new pill that claims to be the only scientifically-proven cure to alleviate hangovers sold out immediately when it was launched last week.

Technically, the Swedish-made Myrkl — pronounced miracle — is supposed to get you less drunk, therefore less hungover.

It is said to work by breaking up 70 percent of alcohol in the gut before it reaches the blood, reducing the amount that gets to your liver.

A pack of 30 tablets costs £30, with people advised to take two and an hour before drinking.

The sum of £2 for a hangover-free night on the town would be a small price to pay if they actually work, so MailOnline put the pills to the test on two reporters — with very mixed results:

Joe – ‘The pills could not prevent a splitting headache’ 3/10

Coming into the office on Friday ahead of some planned birthday celebrations in the evening, I was surprised with a gift that had the potential to improve my weekend significantly.

The promise of a hangover-free Saturday despite having a pub table booked for around 25 friends – most of whom would be buying me drinks – later that day sounded slightly too good to be true.

But I agreed to try out the pills on a session that would prove to test them to their limit.

My first pint of Guinness was drunk in five minutes at the pub by our office at around 6pm. 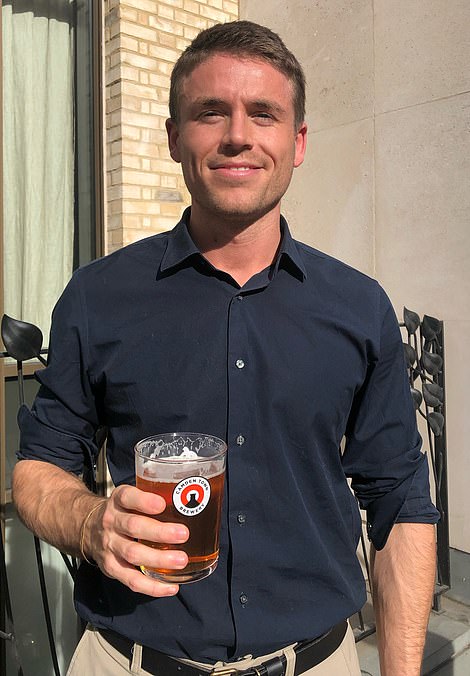 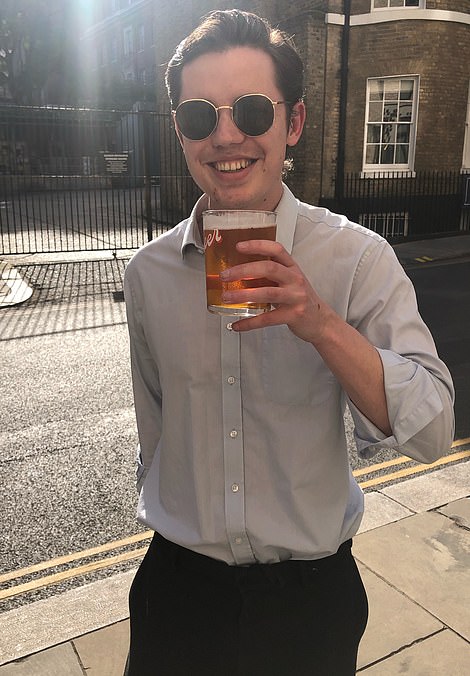 MailOnline put the pills to the test on two reporters, Connor Boyd (left) and Joe Davies (right) — and the tablets performed to varying degrees

Unfortunately, it was the last stout left in the barrel and I had to switch to lager for my second pint.

Mixing beverages is usually a surefire way of waking up with a sore head the next morning in my experience, so I was already doubting whether pills would work.

The rapid drinks kicked in relatively quickly, with no obvious reduction in how the alcohol was affecting me.

Feeling slightly giddy – I was drinking on an empty stomach – I started on the trip back to North London where the pub was booked. 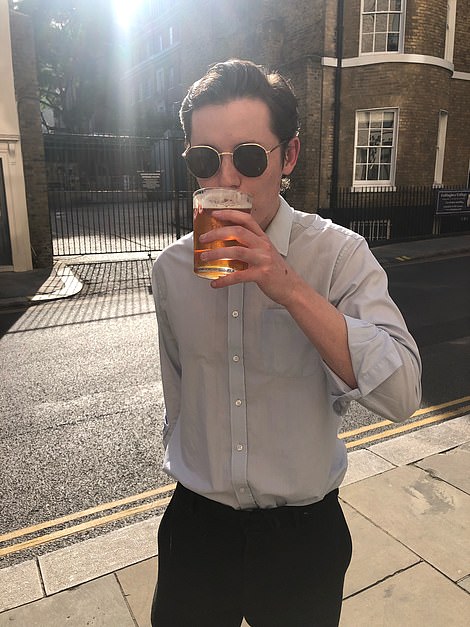 On arrival, I was treated to a gin and tonic, followed swiftly by another lager before most people turned up.

I’d planned to get a pizza there but the constant flow of booze left little time to bother myself with the distraction of food.

Another pint followed, and then another and another, leaving me feeling pretty tipsy and unhindered by the supposed sobering qualities of Myrkl.

I still held out hope for its hangover-curing powers, however, so continued my vital work by accepting yet another birthday pint.

After around five hours, my memory becomes a bit more fuzzy – although I do remember tasting an incredibly spicy margarita cocktail, adding another spirit to the mix.

The evening ended at around 3am – nine hours after taking the pills and more than a dozen drinks later.

Now, my hangovers aren’t usually too bad but a night like this would normally result in a day spent on the sofa rewatching old movies because anything new would be too taxing on my fragile brain.

Unfortunately, the pills were not enough to prevent my body from punishing me on this occasion.

First came the splitting headache, knocking me rudely in the face as soon as I opened my eyes at around 11am.

I was barely able to swallow the first ibuprofen because my throat was so dry.

I managed to defeat the urge to stay in bed all day, dragging myself to the sofa where I remained for the vast majority of the afternoon.

The symptoms eventually alleviated by about 8pm — but only after a couple of recovery wines at a picnic in the park.

Would the hangover have been much worse had I not tried the pills? Maybe. Did they work on this occasion in any quantifiable way? Absolutely not.

Perhaps another trial for work purposes is needed. 3/10 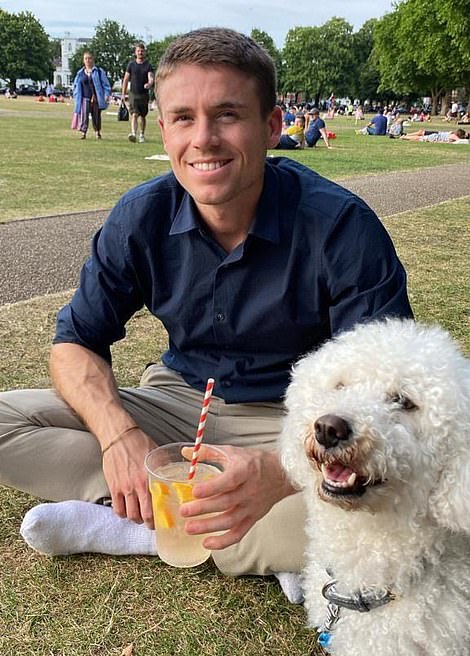 First of all, I should preface this review by saying that I get notoriously bad hangovers from embarrassingly low amounts of alcohol.

Any more than two pints remotely close to bedtime will give me subpar sleep, a dry mouth and slight nausea the following day.

I say this because it meant I was extremely skeptical before trying the new Myrkl pills.

I’ve tried just about every ‘natural’ home remedy under the sun before — a glass of water after every drink, shooting apple cider vinegar the next day, and even taking antihistamines before bed (I know, it sounds bonkers).

Nothing has worked, so I have always thought I’m just genetically predisposed to being a wuss when it comes to drinking.

My trial started on Friday after work. I took two of the pills, as recommended, at about 5pm and was in the pub by 5.45pm.

The ‘drug’ didn’t really stand a chance of working on the first pint of lager. It was gone in about five minutes.

HOW DOES THE HANGOVER PILL MYRKL WORK?

Alcohol is broken down by the liver into acetaldehyde, which then produces the compound acetic acid in the body.

This is thought to be behind the tell-tale hangover symptoms.

However, Myrkl claims to interfere with this process.

It contains bacteria Bacillus Coagulans and Bacillus Subtilis and amino acid L-Cysteine, which breaks alcohol down into water and carbon dioxide.

This means barely any acetaldehyde and acetic acid are made by the liver.

The pills also contain vitamin B12, which the company claims will leave users feeling refreshed.

Two Myrkl pills need to be taken an hour before drinking. It then keeps breaking down alcohol for up to 12 hours.

The supplement was created by the Swedish medical company De Faire Medical (DFM).

All the ingredients are authorized and recognized as safe by the European Food Safety Agency and the US Food Drug Administration.

However, it may not leave drinkers totally hangover free as other mechanisms are also involved in hangovers.

Dehydration, low blood sugar – due to alcohol causing sugar to be lost in urine – and methanol, another fermentation product found in alcoholic drinks, also contribute to feeling unwell after drinking too much.

Not a big enough sample size, I said, so the next one was ordered.

Myrkle claims to work by breaking down alcohol in the gut before it can reach the liver, therefore making you less drunk and, hopefully, less hungover.

But the sun was shining, it was a Friday night, and I was functioning on an empty stomach, so I felt pretty happy after two pints.

‘I don’t think this is working’, I said to myself as I saw off the last of my second drink and packed up my things to head home.

Here’s where it really started getting weird. As I navigated my way through a couple of busy Tube stations I wasn’t bursting for a moment, I didn’t have that slightly delayed reaction time and my mouth wasn’t as parched as normal after a few pints.

I met my girlfriend at our local park at around 7pm and we sat in the sun and had two more drinks. I had a lager and a fruity cocktail thing.

Four pints in and I was definitely feeling less drunk than I should have, given the food-to-drink ratio in my body.

We went for a meal at 8.30pm and I had two more pints over the course of an hour.

It was after the sixth drink that I started to get some of what I like to call ‘pre-hangover’ symptoms – thirst, dry mouth, a very subtle headache.

I started to lose faith.

Until now, I felt invincible all night. I thought I could have drunk everything in sight without suffering the consequences because I had this little miracle pill on my side.

But that optimism was slowly evaporating, and I became resigned to the fact that I was probably going to be hungover tomorrow.

I went to bed in a slightly deflated mood and was asleep by 11pm.

The next morning, I woke up at about 6.30 am naturally.

‘Uh oh,’ I thought as I squinted at the clock and saw the time.

As I slowly came to, I braced for the nausea, throbbing head and pangs of anxiety that usually follow a night out for me, even a tame one.

But they never came. This is when I started to get excited. I grabbed my phone immediately and started jotting down some notes for this review.

‘Woke up early. 80 percent less bad than expected. No anxiety, mouth 70 percent less dry, much less thirsty, buy more of these,’ they read.

I had some brain fog and felt ever so slightly under-slept. But I was able to stomach a big breakfast and work out at the gym at full speed a few hours later.

DO YOU DRINK TOO MUCH ALCOHOL? THE 10 QUESTIONS THAT REVEAL YOUR RISK

One screening tool widely used by medical professionals is the AUDIT (Alcohol Use Disorders Identification Test). Developed in collaboration with the World Health Organization, the 10-question test is considered to be the gold standard in helping to determine if someone has alcohol abuse problems.

The test has been reproduced here with permission from the WHO.

To complete it, answer each question and write down the corresponding score.

0-7: You are within the sensible drinking range and have a low risk of alcohol-related problems.

Over 8: Indicate harmful or hazardous drinking.

8-15: Medium level of risk. Drinking at your current level puts you at risk of developing problems with your health and life in general, such as work and relationships. Consider cutting down (see below for tips).

16-19: Higher risk of complications from alcohol. Cutting back on yourself may be difficult at this level, as you may be dependent, so you may need professional help from your GP and/or a counselor.

20 and over: Possible dependence. Your drinking is already causing you problems, and you could very well be dependent. You should definitely consider stopping gradually or at least reduce your drinking. You should seek professional help to ascertain the level of your dependence and the safest way to withdraw from alcohol.

Severe dependence may require medically assisted withdrawal, or detox, in a hospital or a specialist clinic. This is due to the likelihood of severe alcohol withdrawal symptoms in the first 48 hours requiring specialist treatment.