A couple is embroiled in an expensive court battle to restore the reputation of their plant business after they were bombarded with more than 100 negative reviews following their feud with a removalist company.

David Eden and Georgina Oxley sought the services of Melbourne Movers in September 2018 to transport stock for their small business Designer Plants, which sells decorative artificial greenery for businesses and homes.

They were given a fixed quote but the move, which involved transporting the contents of their warehouse, was not finished after an argument ensued over the job’s cost.

Since the fight, the pair – who are also councilors at the City of Kingston in Melbourne – claim in court documents that they have copied more than 100 fake negative google reviews, spanning several years.

Since 2018, the couple has spent more than $100,000 in legal fees as they take search giant Google and the removalist company’s owners to court for defamation.

‘[But] we want to ensure that this does not happen to other people.

‘We are just the latest [alleged] victims – but the issue is a national crisis.’ 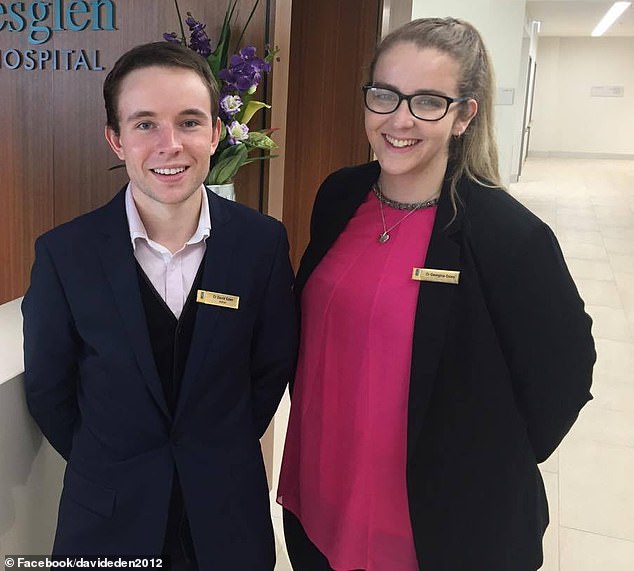 The pair went to the Victorian Civil and Administrative Tribunal in the months after their moving dispute to try and recover their lost funds, where they won an order for the removalists to repay them $3327.50.

They were paid a few thousand a year later but now the couple claims they are out of pocket more than a $1 million as they sued Google and those allegedly behind the reviews for damages, including lost sales.

Court documents state the first fake review on Designer Plants’ business page was posted in May 2019, with the couple’s statement of claim saying the name of the reviewer was the same as a staff member at Melbourne Movers. 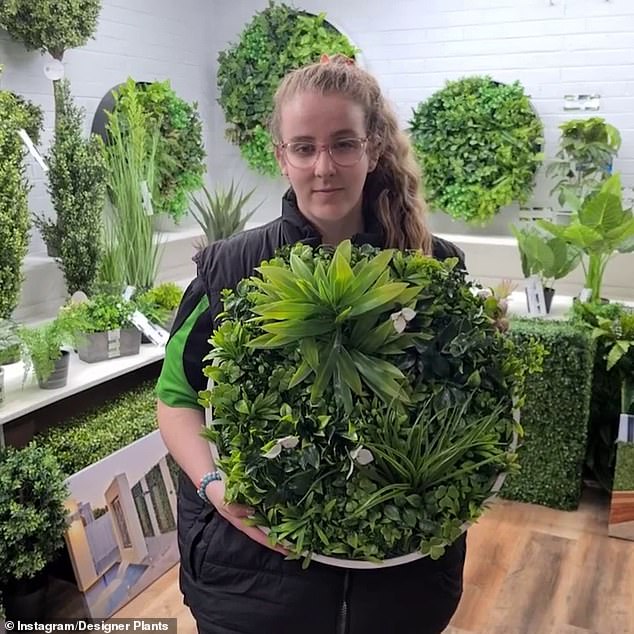 Eden and Oxley sought the company’s services in September 2018 to move stock for their small business, Designer Plants 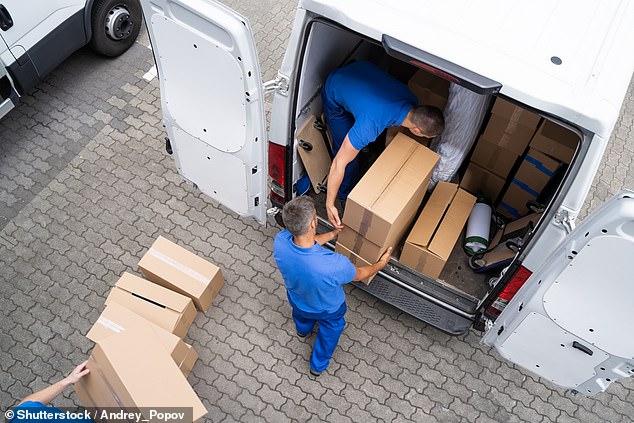 The move (not pictured) did not go ahead due to an argument over the cost, despite the couple paying more than $3000 on a fixed quote (stock image of a removal)

The employee also posted a five-star review on Melbourne Movers’ Google business page the same day, according to Mr. Eden and Ms. Oxley’s statement of claim.

In court documents, the couple say their business page has since been flooded with bad reviews, which often feature the same repeated typos, like spelling dodgy incorrectly as ‘dogie’ or ‘doggy’.

Among the accusations have been claims that the couple rip people off, sell poor quality products, have rude staff, and do not offer refunds.

Mr. Eden and Ms. Oxley sought an intervention order against the removalists in July 2020 through the Melbourne Magistrates Court to prevent them from posting more reviews.

According to civil court documents, they were granted that injunction.

However, a day later, the couple claimed in their court documents that they were hit with another 32 damaging reviews across 24 hours, despite the court order.

Google was handed court-issued subpoenas in a bid to identify the reviewers, but the couple said the tech giant refused to comply and only deleted some of the posts. 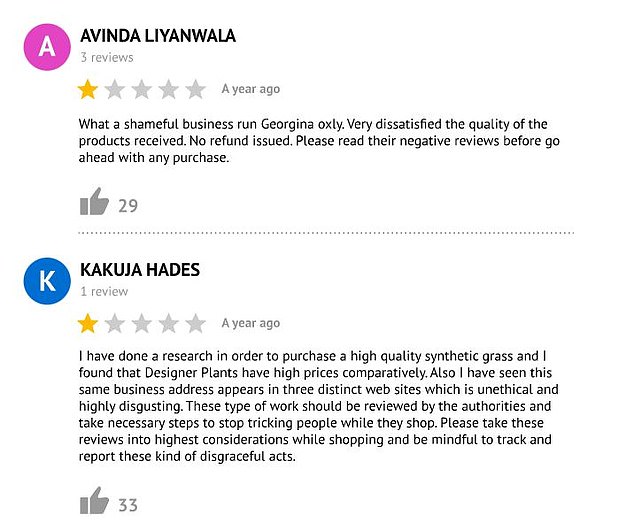 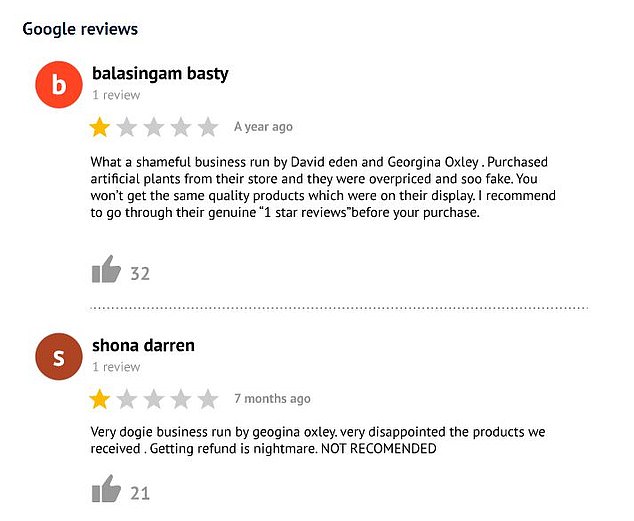 The bad reviews have a similar writing style, the couple claims, and repeated typos

The couple are now suing Google and the owners of the removalists company, Udari Achichi and Rangika Abeyweera, in the Victorian County Court for defamation, court documents show.

Google is being pursued for damages for publishing five of the reviews, while Achichi and Abeyweera are also accused of injurious falsehood for posting the allegedly fake reviews.

Court documents show Victoria Police made unsuccessful requests to Google for information to reveal the posters, with the search engine claiming it could not accommodate the request as it had limited data about the reviewers.

The company also claimed it was ‘not under any legal compulsion’ to produce the documents listed in the subpoena.

Achichi and Abeyweera have denied telling the couple they would ‘regret crossing them’, posting reviews after the intervention order was served, or that they or any of their associates were involved in the first fake review, according to defense documents.

The case will be presented before a judge-alone trial in January 2023.

The couple started a petition calling on the Federal Government to launch a Royal Commission into cyber bullying, online abuse, and the conduct of big tech companies. 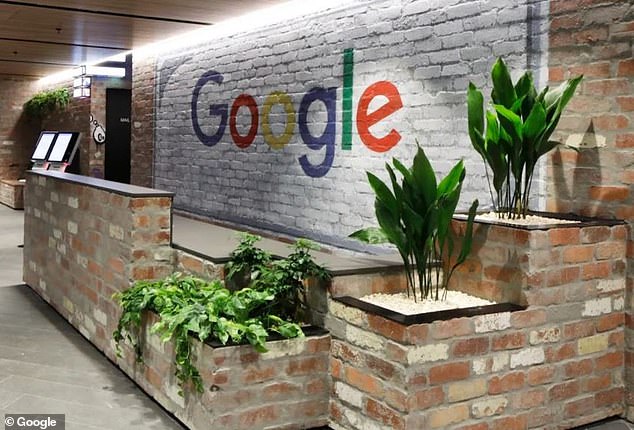 The couple say they have spent more than $100,000 so far in legal fees as they take Google and the owners of Melbourne Movers to court

However, the controversial legislation – which would have required social media platforms to hand over the name and contact details of those posted who defamed others online – sparked fears that it could make bullying worse and did not make it to parliament.

Critics argued that the bill was too focused on changing defamation laws, and could backfire by making it harder for victims to have defamatory comments removed if the owners of those pages were not liable.

Historically, social media companies have been able to avoid responsibility for what is posted on their sites by arguing that they are platforms and not publishers.