Boris Johnson is failing to reap the full benefits of Brexit because the country’s ruling elites are being crippled by a woke dogma, a powerful new report has concluded.

Experts at the Center for Brexit Policy argue the nation is being held back by the ‘defeatist mindset’ of civil servants, who are abandoning their impartiality to thwart the Government’s ambition.

The hard-hitting paper says the Whitehall ‘blob’ is in the grip of a ‘dismal cosmopolitan mindset’ and a ‘liberal tyranny of guilt’ based on a ‘caricatured version of British history centered on slavery, violence and colonial oppression’.

Its authors attack a declinist mentality among the Establishment which believes that the UK is a fading force on the world stage.

They add: ‘How different would our view of the world and of our role in it be if we thought of ourselves as a new and rising force, rather than a nation in decline?

‘Whether post-Brexit Britain will in fact turn out to be a rising or a declining force is not determined by history or geography: it is essentially in our own hands.’

The report, produced by specialists including Cambridge Professor Robert Tombs and former Tory leader Sir Iain Duncan Smith, is also critical of identity politics, with its focus on race and gender, as well as an obsession with the negative aspects of Britain’s past. 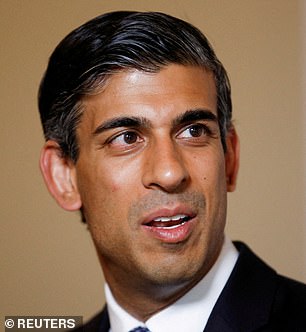 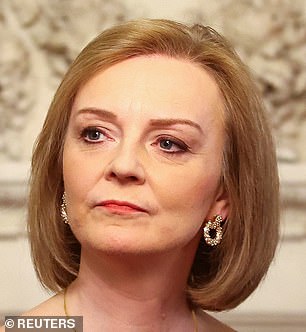 Cabinet members led by Chancellor Rishi Sunak and Foreign Secretary Liz Truss have pushed a vision of a low-tax, low-regulation ‘Singapore-on-Thames’ to take advantage of the UK’s new freedom from Brussels laws

‘It seems almost calculated to increase internal dissent and ethnic and religious conflict; and it certainly works in the interests of our global opponents in the rapidly crystallising “gray war” between the authoritarian and free worlds, ‘the authors say.

Mr Johnson has been urged by pro-Brexit Ministers and MPs to do more to highlight the dividends the UK can reap after leaving the EU.

Cabinet members led by Chancellor Rishi Sunak and Foreign Secretary Liz Truss have pushed a vision of a low-tax, low-regulation ‘Singapore-on-Thames’ to take advantage of the UK’s new freedom from Brussels laws.

The report also calls for the Prime Minister to ensure that Brexit is a ‘tangible success and to make it unambiguously irreversible’.

It suggests Britain should bypass the EU and forge relations with the new democracies of Central and Eastern Europe, while revitalizing its alliances with countries such as the United States and members of the Commonwealth to check the rise of China and Russia.

However, it is critical of how the Civil Service has stymied Government aims, mentioning its active opposition to the policy of sending migrants on a one-way ticket to Rwanda.

‘The shocking thing about these interventions is their entirely subjective and political character, in flagrant breach of the Civil Service Code,’ it says.

‘Civil servants are servants: the clue is in the name. They are required to maintain the highest standards of impartiality… not allow their personal political views to sway their advice to Ministers or affect the way they do their jobs.

‘It appears that this fundamental principle… has been completely abandoned. By extension, democracy itself is at risk when officials attempt to undermine Ministers and frustrate policies that the Government was elected to implement.

If civil servants feel empowered to threaten – quite openly – to block a policy simply because they don’t like it, without fearing so much as a slap on the wrist, the problem in Whitehall looks to be enormous. 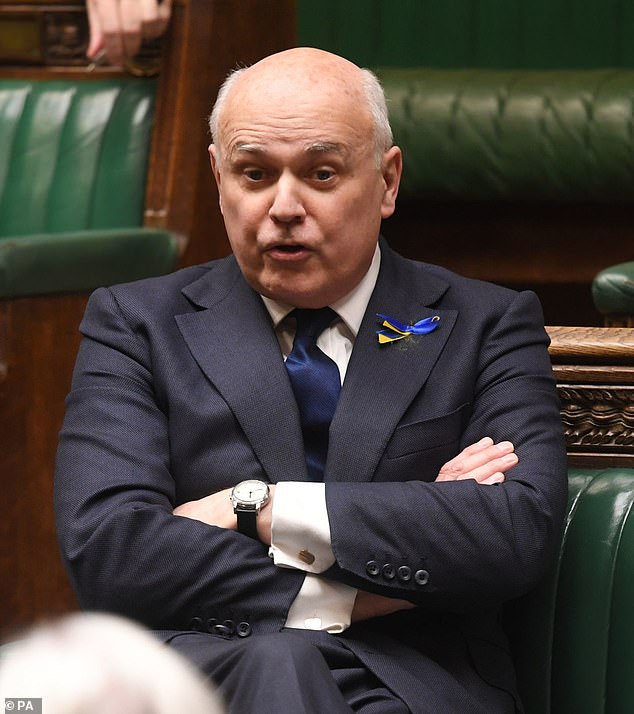 ‘Is it even possible to reform a bureaucratic behemoth that thrives on disloyalty and ineptitude?’

The report, Defining Britain’s Role In The World After Brexit, will be published this week and says the EU’s impotent actions over Ukraine have exposed it as a ‘paper tiger increasingly irrelevant on the world stage’.

It concludes: ‘The notion that we are a country in decline is deeply ingrained in our elites. It explains why we joined the EU and why we are struggling to escape its orbit even after our departure.

‘After Brexit, Britain needs a new self-confident national mindset, one that sets aside the myth of declinism and recognizes that the country has huge assets, not least the fact that it is held in high regard across the world and that it plays a pivotal role in the Commonwealth.

‘Britain needs to re-establish a cohesive national purpose respectful of our past and our traditions and patriotic without being jingoistic.

‘We must now return to what we were, a fully sovereign, independent, United Kingdom that needs a coherent understanding of its national interest.

‘A renewed sense of national purpose would also reject both isolationism and the liberal tyranny of guilt that seeks to atone for past imperial power.’