Covid hospital admissions are on the brink of hitting an 18-month high, official figures show.

There were 1,911 admissions in England on July 4 – the latest date with data – and at the current pace they are due to rise further in the coming days.

If daily admissions rise above 2,100, it will mark the highest number since the peak of the second wave in January 2021 – when there were more than 4,000.

But only a third of patients are primarily sick with Covid, which suggests rising admissions are a symptom of high infection rates rather than severe disease.

The majority (64 percent) are known as ‘incidental’ cases — patients who went to the hospital for a different reason but happened to test positive.

With more than 2.7 million Britons estimated to have been infected with Covid last week, hospitals across the country have reintroduced masks and social distancing.

Anecdotally, trusts are complaining of rising staff absences caused by high levels of transmission in the community.

The spike has caused worried hospitals in Derbyshire, Lancashire and Cambridgeshire to reintroduce mandatory face masks, after they were dropped from official guidance just last month. 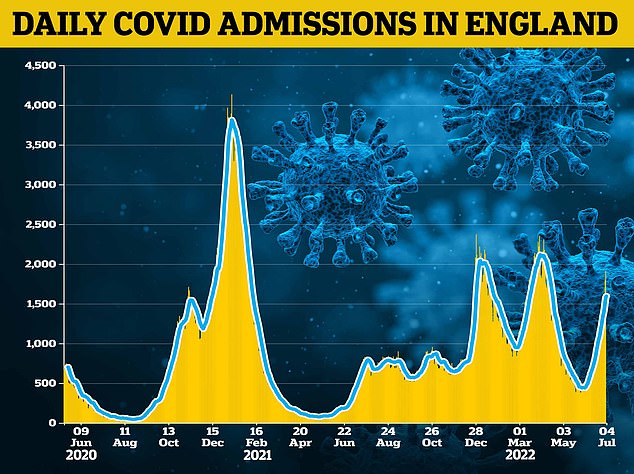 Covid hospital admissions are on the brink of hitting an 18-month high. There were 1,911 admissions in England on July 4 – the latest date with data – and at the current pace they are due to rise further in the coming days 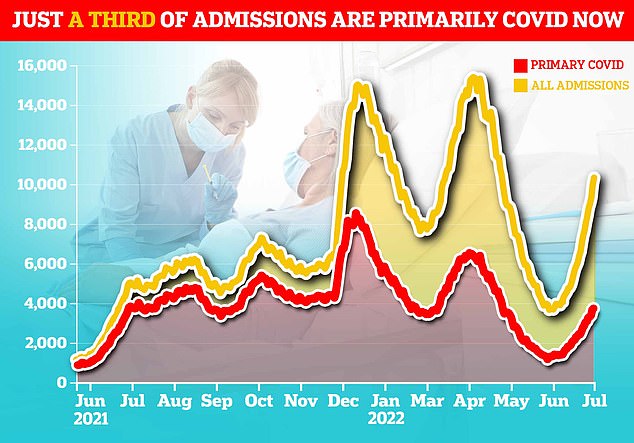 But only a third of patients are primarily sick with Covid, which suggests rising admissions are a symptom of high infection rates rather than severe disease. The majority (64 percent) are known as ‘incidental’ cases — patients who went to the hospital for a different reason but happened to test positive. The above graph compares incidental cases throughout the pandemic 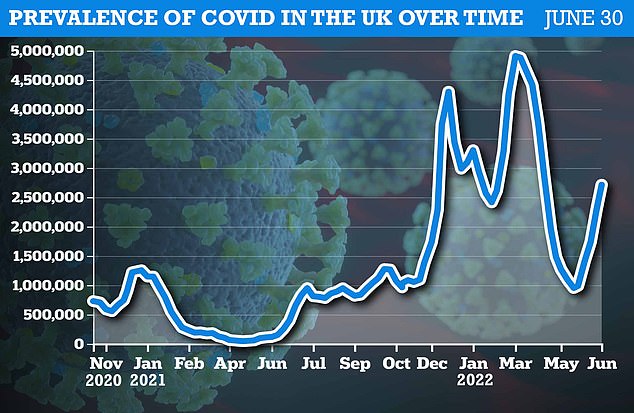 The Office for National Statistics (ONS) weekly infection survey found more than 2.7 million Britons were infected with Covid in the last week of June 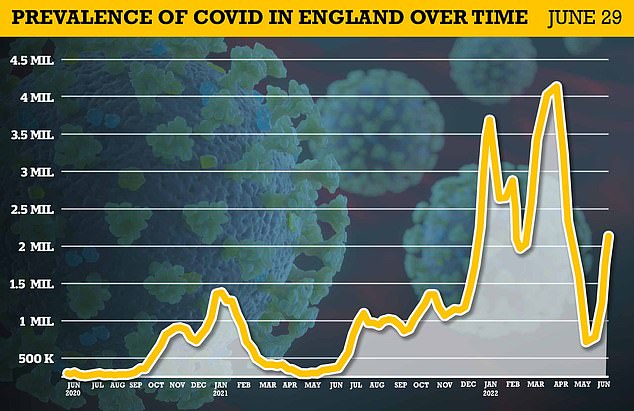 Britain’s fifth wave is being driven by the sub-strains BA.4 and BA.5, with the latter considered as the most infectious variant of the virus yet.

But they are both as mild as their parent strain, which has meant ICU admissions and deaths have remained steady despite cases rising for weeks.

Latest Office for National Statistics (ONS) data on Covid deaths shows that on average there are just 35 fatalities per day in which the virus was the primary cause of death.

This is less than half the 79 average deaths per day this time last month that were predominantly due to Covid.

But it is still an increase on this time last year, when on average Covid was causing only 13 deaths per day. 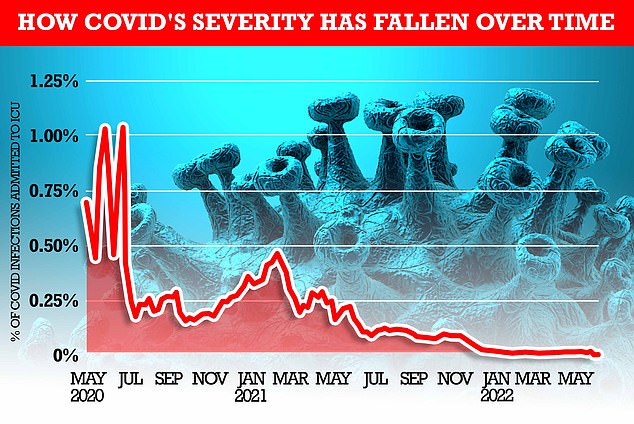 MailOnline analysis shows how the rate of severe illness from Covid has fallen over time. At the beginning of the pandemic, one percent of all people infected with the virus (based on the Office for National Statistics infection rate) required mechanical ventilation within two weeks. But most recent NHS bed occupancy rates show just 0.015 percent of those infected are admitted to an ICU bed – 100 times fewer than the beginning of the pandemic

The ambulance service is suffering huge delays amid a recent Covid surge, as workers warn they are suffering ‘serious pressures’.

One crew was held outside A&E for 26 hours as they waited to hit boiling point.

And another on the same day suffered an eight-hour delay during the June crises.

One paramedic said staff were ‘not coping’ and warned many were ‘psychologically struggling’.

The Yorkshire Ambulance Service’s Kevin Fairfax, who is also a Unison branch secretary, said the delays were bad.

He added: ‘We haven’t even got to anything like the winter pressures. My members are not coping – they are struggling psychologically.

We’ve had elderly patients sitting on the floor for hours, unable to get up due to a fractured hip or thigh. They’re sitting in their own urine.

It’s degrading for them and when the crews do turn up they are in tears.

‘We had a young man who broke his leg playing football then sat on a field for hours waiting for us.

‘We join the NHS for the patients, not the money, and we are there to help but you can do nothing about waiting times. Seeing patients deteriorate is awful. It must be costing lives,’ he told the Mirror.

Another promising sign is that ICU admissions involving Covid have remained broadly flat.

ICU admissions for people with Covid are currently averaging 189 per day. In the peak of Covid cases in January 2021, this figure was 4,018.

However, because these new subvariants are so infectious and mild, there are fears high infection rates could paralyze swathes of the economy again as staff take time off work to recover, on top of regular summer holidays.

Travel companies TransPennine, Avanti and Stagecoach were all forced to make short-notice cancellations over the weekend due to staff shortages.

Holiday plans could be thrown into chaos as Heathrow has already canceled 61 flights today due to a lack of capacity, and warned of further canceled flights.

And British Airways has axed 10,300 short-haul flights between August and the end of October.

The warnings about travel disruption will bring back memories of the mass cancellations on rail networks over the Christmas period as huge numbers of staff fell ill with Covid and operators brought in reduced timetables.

Covid staff sickness has caused misery for Britons during previous waves of the pandemic, including during the winter when there were mass rail cancellations, canceled operations, school closures and overflowing garbage bins.

The Joint Committee on Vaccination and Immunization has recommended an autumn booster Covid jab for over-65s, the clinically vulnerable aged 16-64 and all frontline health and social care staff.

But calls have been made to extend the cohort to everyone over 50, including from the ex-health secretary Sajid Javid.

Who to target with the booster rollout will be a decision for the new health secretary Stephen Barclay, as well as whether to reimpose face masks or other light social restrictions that his predecessor opposed.

But there is some confusion over whether Mr. Barclay will still be in the job by the time the decisions must be made, amid Boris’s resignation and the Tory leadership contest.

The Government is said to be considering Moderna’s Omicron-specific booster vaccine for the autumn rollout, with health officials showing a ‘definite interest’.

Moderna says it has already produced millions of doses of a new jab which it claims is five times better than the original vaccine, and is specifically tailored to counter the Omicron variant of the disease. 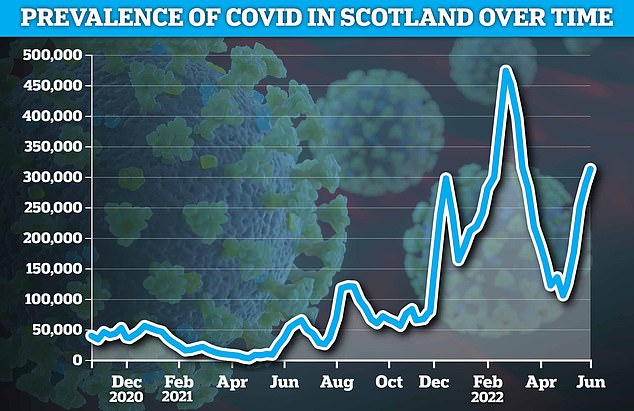 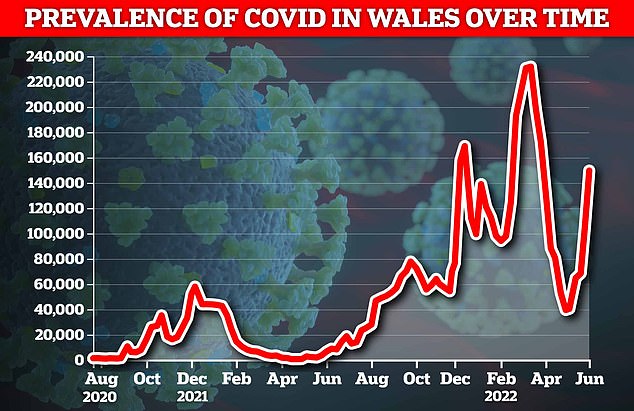 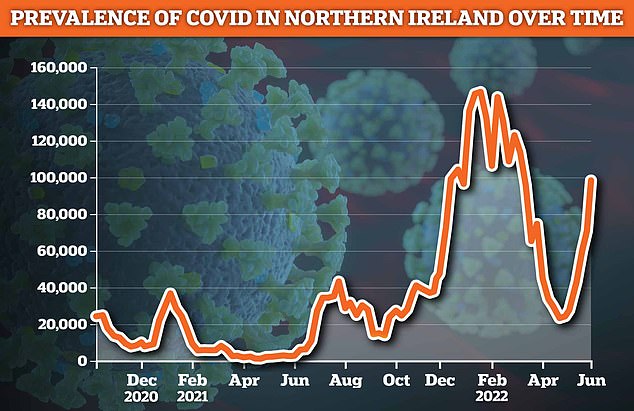 However, this new jab still needs to be given the green light by the Medicines and Healthcare Products Regulatory Agency (MHRA) before it can be rolled out, with officials prepared to use already approved vaccines if it isn’t.

Dr Paul Burton, chief medical officer at Moderna, said there is a ‘definite interest’ from the UK in purchasing its new vaccine, the Telegraph reports.

The government has said it has no current proposals to bring back restrictions, but has left the door open for future measures.

Outgoing Prime Minister Boris Johnson earlier this month said there were no plans to reintroduce curbs ‘at the moment’ but refused to rule out further measures.

Welsh health boards Aneurin Bevan and Cwm Taf Morgannwg have asked staff and visitors to wear masks in all areas of some hospitals, as well as socially distancing as much as possible.

Oxford University Hospitals and Oxford Health NHS Trusts have both reintroduced masks in all hospital areas.

North Tees and Hartlepool NHS Foundation Trust said masks must be worn by staff and visitors on the ward, as well as in-patients while in bed and while away from their bed space, if possible. Out-patients need to wear masks during their appointments and treatment.