British teenagers and their parents left £ 374million in matured Child Trust Funds in the seven months after the first young people were allowed to withdraw their cash, according to the latest figures from HMRC.

More than six million Child Trust Funds were set up for children born between 1 September 2002 and 2 January 2011, with children able to access the cash from aged 18.

Between September 2020 when the first accounts matured and April 2021, £ 393million was withdrawn, leaving £ 374million unclaimed. 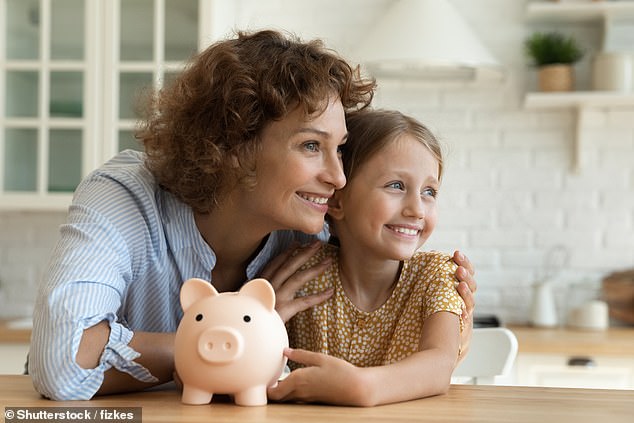 Sleeping giant? There are almost 5.5 million Child Trust Fund accounts still open but almost 4.6 million did not have any money paid into them during 2020/21

Child Trust Funds were tax-free savings products for children, introduced by the Labor Government in 2002 before being scrapped in early 2011.

Like with today’s Junior Isa, the idea was to help parents and guardians set aside cash for their children to set them up for adulthood.

Parents and guardians were issued vouchers that they could then place with a Child Trust Fund provider, normally a bank or building society.

This comprised two £ 250 vouchers, one when the child was born and one when they turned seven, or two £ 500 vouchers for families on low incomes.

If parents failed to place them with a provider, the Government automatically put the money in one of the providers on behalf of the child.

There were 6.3 million accounts opened in total, but 1.8 million of them were opened by HMRC after parents didn’t make a choice.

It is therefore suspected that there may be many children who do not know there are accounts in their name, and are unaware that there is money waiting for them.

The average holding for matured Child Trust Fund accounts is £ 1,911, according to HMRC.

‘There’s a good chance that a huge chunk of these children never even knew they had a Child Trust Fund, because of the 6.3 million accounts opened, 1.8million of them were opened by HMRC after the parents didn’t make a choice. Others have been forgotten along the way.

‘It’s difficult to know how many accounts have been lost, but given that almost 4.6million didn’t have any money paid into them during 2020/21, that’s potentially millions that could have gone astray.’ 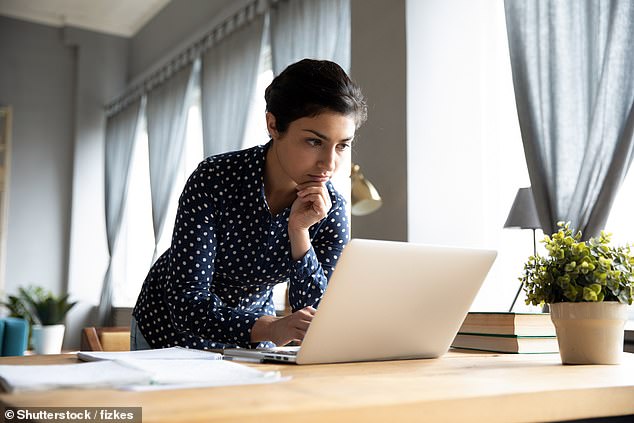 Should you switch to a Junior Isa?

As of April 2021 there was £ 10.4billion in Child Trust Funds, according to official figures, compared to £ 7.15billion in Junior Isas.

Parents still pay into the accounts, and during the last tax year £ 420million was paid into them.

Many parents may have switched to saving or investing into a Junior Isa, which like Child Trust Funds also enables up to £ 9,000 to be stashed away each tax year until the child turns 18.

A child cannot have a Child Trust Fund at the same time as a Junior Isa, but since 2015 they have been able to transfer across.

For those who have not already done so, there are financial advantages to reap from switching over, as there will be more account options and better interest rates.

As for those who opted for a Child Trust Fund stakeholder account, where savings are put into a wide mix of stock market investments, it is likely they will also have lost out.

Applying by post to find a lost Child Trust Fund

If you’re looking for your own trust fund, you’ll need to include your full name and address, your date of birth and your National Insurance number or Unique Reference Number if known.

This is in part because money in these accounts is managed by investment companies able to charge a fee of up to 1.5 per cent a year, which will eat into the overall return.

The returns themselves have also been been below par. The average return of nine of the biggest stakeholder CTFs over ten years was 81 per cent, according to the wealth manager Tilney, compared to an average 227 per cent return of a global tracker fund during that time.

Coles added: ‘Even when parents are well aware of where their money is, it represents a huge missed opportunity.

If you’re in an investment Child Trust Fund, you may be paying over the odds in charges because these are essentially trackers capped at 1.5 per cent.

‘Junior Isas are usually much cheaper; an equivalent tracker is almost a third of the cost.

You do necessarily need to know your provider to trace where a Child Trust Fund is held.

You will need to fill in an online form to ask HMRC where the account was originally opened – although you’ll need to create a Government Gateway User ID and password if you don’t already have one.

Any parent looking for a CTF they set up will need the child’s Unique Reference Number, which can be found on the annual CTF statement, or their child’s national insurance number.

If you’re looking for your own trust fund, you’ll need your National Insurance number to hand.

An easier way for those aged 16 to 18 to potentially find their account is through charity the Share Foundation.

10 things you need to know about Child Trust Funds

1) If you were born between 1 September 2002 and 2 January 2011, and your parents received Child Benefit, you most likely have a Child Trust Fund account.

4) If you’re age 16 or 17 you can take over responsibility for your CTF account from your parent or guardian, or you can choose to let them continue to manage it on your behalf.

5) There are various options for what you can do with your money, including moving it into an ISA or another type of savings or investment account. Your CTF provider can advise you on the options available to you.

6) You can ask your parent or guardian for details of your CTF account if they have it.

7) If your parent or guardian does not have details of your CTF account you can ask HMRC who your CTF provider is by completing an online form. Once you get in contact with your provider, they’ll tell you how much you have in your CTF account.

9) You’ll also need a Government Gateway user ID. If you don’t already have this, it’s easy to set one up.

10) If you’re not able to contact your CTF provider immediately after your 18th birthday you shouldn’t worry, they will keep your investments safe in a protected account until you tell them what you want to do with your money

THIS IS MONEY’S FIVE OF THE BEST CURRENT ACCOUNTS

Lloyds Bank’s Club Lloyds account will pay £ 125 when you switch. There is a £ 3 monthly fee but this is waived if you pay in at least £ 1,500 each month. You also earn monthly credit interest on balances up to £ 5,000 and can choose a reward each year, including 6 cinema tickets.

Virgin Money’s M Plus Account offers £ 20,000 Virgin Points to spend via Virgin Red when you switch and pays 2.02 per cent monthly interest on up to £ 1,000. To get the bonus, £ 1,000 must be paid into a linked easy-access account paying 1% interest and 2 direct debits transferred over.

HSBC’s Advance Account pays £ 170 when you switch to the account. You need to set up two direct debits or standing orders and pay in at least £ 1,500 into the account within the first 60 days.

First Direct will give newcomers £ 150 when they switch their account. It also offers a £ 250 interest-free overdraft. Customers must pay in at least £ 1,000 within three months of opening the account.

Nationwide’s FlexDirect account comes with up to £ 125 cash incentive for new and existing customers. Plus 2% interest on up to £ 1,500 – the highest interest rate on any current account – if you pay in at least £ 1,000 each month, plus a fee-free overdraft. Both the latter perks last for a year.