The 51-year-old anchor posted a series of photos and videos that were taken in Ukraine, showing the extent of the ongoing war there.

But the first photo in a set shared by Cuomo was of himself, gazing broodingly into the camera.

He then shared multiple snaps and videos of a damaged classroom as well as bombed-out streets and vehicles.

It is not clear who, if anyone, Cuomo may be working for. His bio currently states he is a ‘free agent’, and vows that further reports from the embattled region will follow.

Despite the self-indulgent first posting, Cuomo quickly brought out some virtue signaling as he urged his one million followers to remember Ukraine. 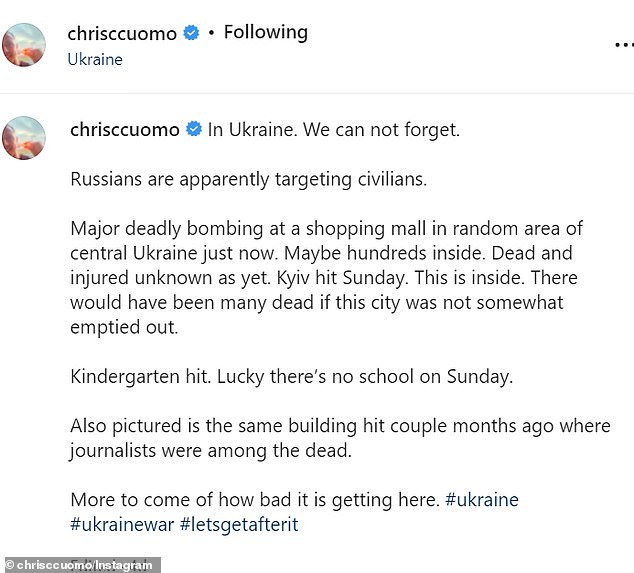 Cuomo pleaded with his one million followers to ‘not forget’ Ukraine

‘In Ukraine. We can not forget. Russians are apparently targeting civilians,’ Cuomo wrote together with a series of photos and videos of the war torn country.

The words and pictures are the first postings by Cuomo since he was fired by CNN for violating their journalistic standards by helping brief his brother, former New York Governor Andrew Cuomo, about how to handle a sex scandal that ultimately ended Andrew’s career too.

The photos appeared to be of Kyiv which was ‘hit Sunday’. He noted: ‘there would have been many dead if this city was not somewhat emptied out.’

Kindergarten hit. Lucky there’s no school on Sunday,’ he added.

Cuomo’s point is moot however since all schools in Kyiv are now on summer vacation and had all gone online after Russian invaded Ukraine on February 24.

Schools in Ukraine’s capital Kyiv will re-open for classes at the beginning of the school year on September 1, the city’s authorities said on Friday.

‘The most important task for the new school year is the safety of students and teachers,’ Olena Fidanyan, head of Kyiv’s education and science department, said in a statement.

“At the beginning of the school year, all schools will hold the necessary training with teachers and children on actions during an air-raid alert,” Fidanyan added.

Those children who have not been able to return to Kyiv will be able to study remotely. 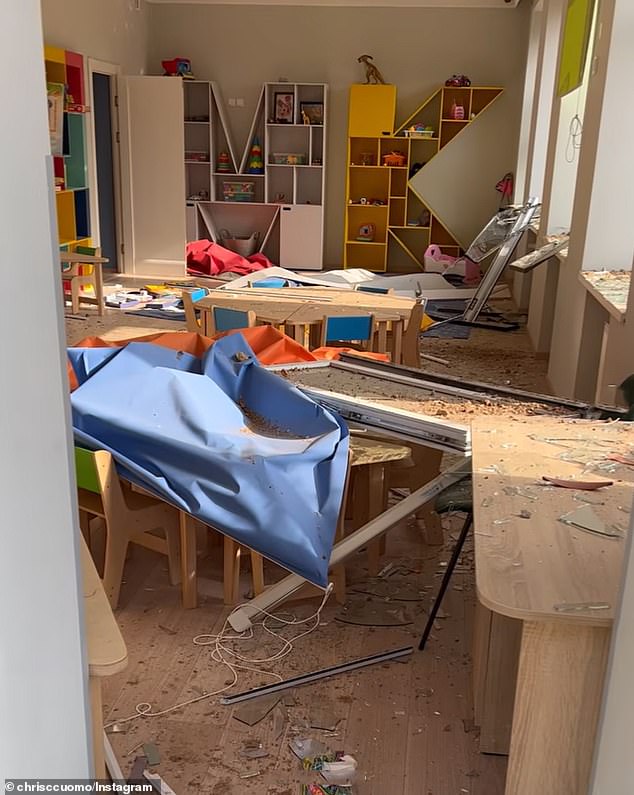 Cuomo uploaded photos of a kindergarten classroom that had been damaged 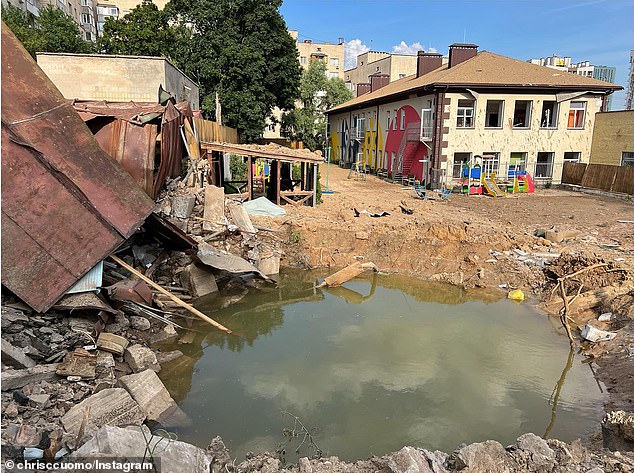 Kindergarten hit. Lucky there’s no school on Sunday,’ he added 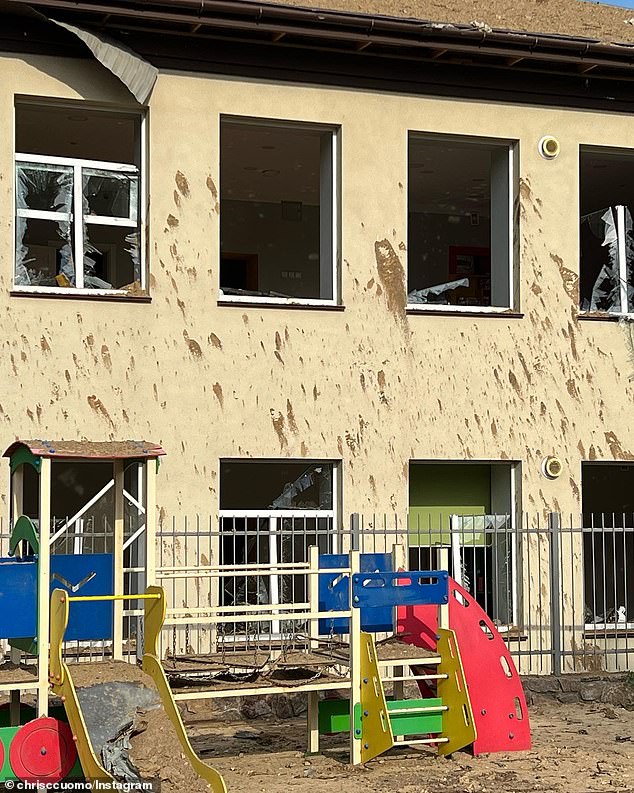 Another picture posted to Instagram by Cuomo included that of ‘the same building hit a couple of months ago where journalists were among the dead,’ he wrote.

‘More to come of how bad it is getting here,’ he teased, signing off with his catchphrase, ‘Let’s get after it.’

The former host of Cuomo Prime Time lost his job in December when it was revealed that he had advised his brother, former New York governor Andrew Cuomo, after the state’s top prosecutor found he had sexually harassed 11 different women.

Cuomo’s former boss, CNN President Jeff Zucker then resigned in February after it was revealed that he had an undisclosed relationship with a network executive.

Some, including fellow lead anchor Jake Tapper, suggested that Cuomo was the one who leaked the information in order to secure a better exit package. 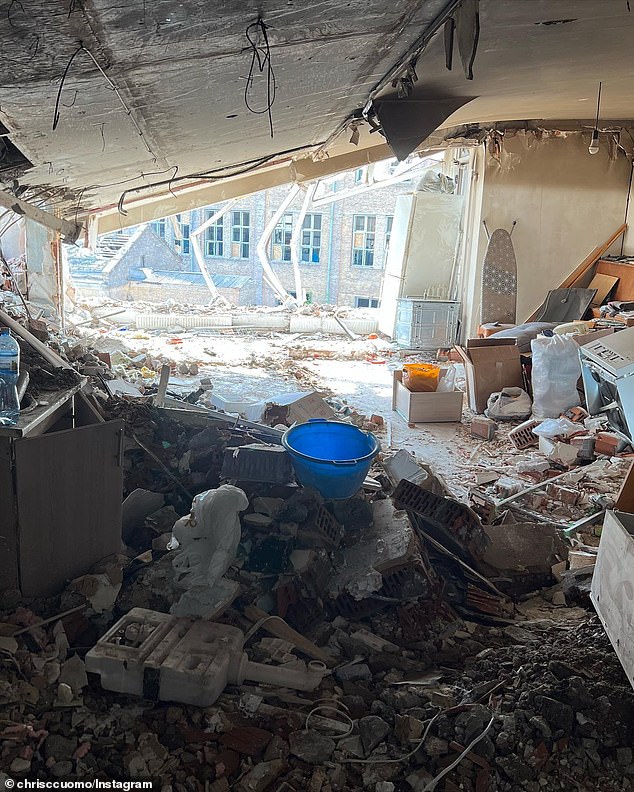 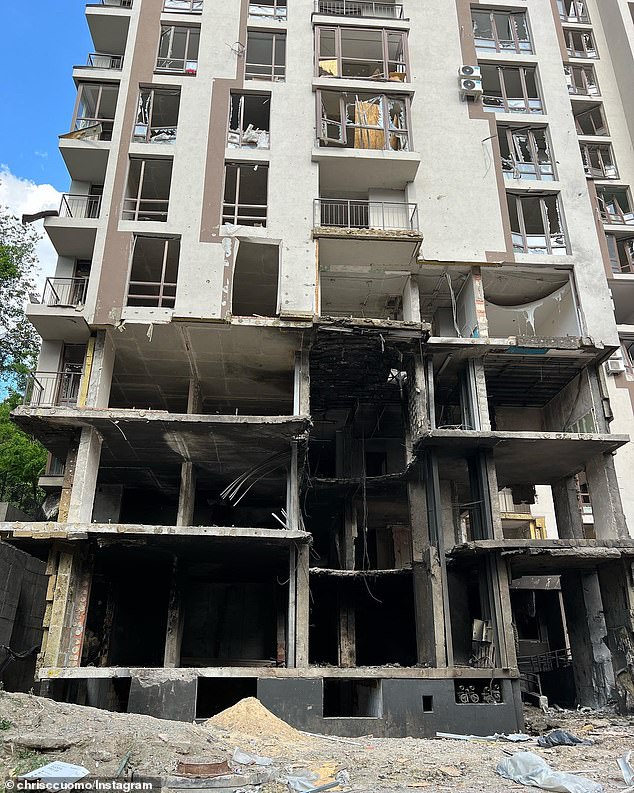 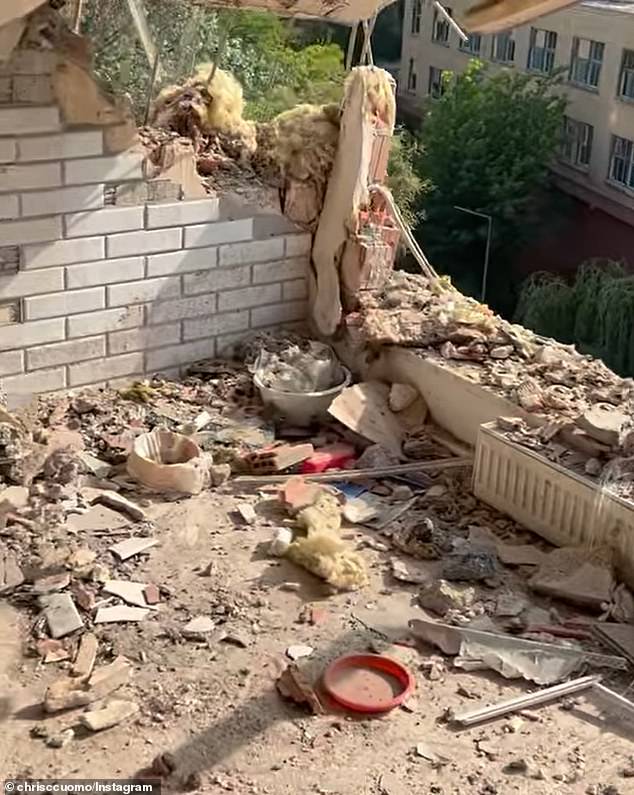 Cuomo, who earned $6 million a year at CNN, is now suing the network for $125 million: $110 million in damages and $15 million that is allegedly due to him under his contract.

‘As a result of Turner’s indefensible choice to unceremoniously fire him, Cuomo has been damaged in countless ways,’ Cuomo’s attorneys argued earlier this year.

Cuomo has had his journalistic integrity unjustifiably smeared, making it difficult if not impossible for Cuomo to find similar work in the future and damaging him in amounts exceeding $125 million, which includes not only the remaining salary owed under the Agreement, but future wages lost as a result of CNN’s efforts to destroy his reputation in violation of the Agreement.’

Cuomo has claimed that former CNN President Jeff Zucker (left) knew about his close relationship with his brother Andrew Cuomo. Zucker resigned last month after it came out that he had an undisclosed romantic relationship with a female network executive

Cuomo’s firing kicked off a series of shake-ups at CNN.

Zucker resigned just two months later in February amid an investigation into his relationship with vice president Allison Gollust, who also resigned.

Zucker finalized a deal for an exit package worth $10 million. Gollust was reportedly paid $1 million.

Cuomo and CNN are currently locked in private arbitration over his own exit deal.

At a private meeting following Zucker’s resignation, Cuomo’s former colleagues made it clear there was no love lost between them and the former anchor.

Host Jake Tapper alluded to the theory that Cuomo leaked information about Zucker’s relationship with an executive to secure a better exit package.

‘An outside observer might say, ‘Well, it looks like Chris Cuomo succeeded. He threatened. Jeff said, We don’t negotiate with terrorists, and Chris blew the place up.’ How do we get past that perception that this is the bad guy winning?’ he said.

I think the issue is that it’s not a perception. What Jake just described is actually what happened here,’ echoed Chief White House Correspondent Kaitlan Collins. 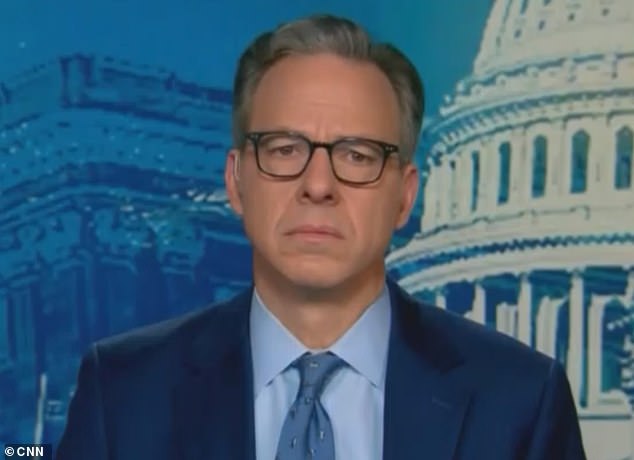 In a private meeting earlier this year, CNN anchor Jake Tapper said, ‘An outside observer might say, ‘Well, it looks like Chris Cuomo succeeded. He threatened. Jeff said, We don’t negotiate with terrorists, and Chris blew the place up.” 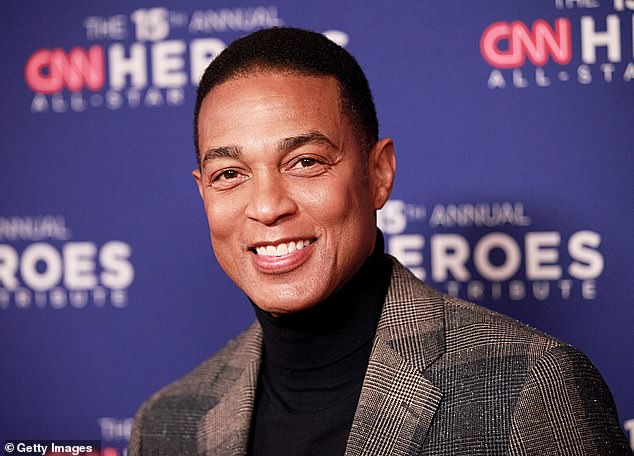 At another meeting, host Don Lemon asked WarnerMedia CEO Jason Kilar, ‘Did you think about what message it sends … that someone can be found to break with those journalistic standards and then get paid handsomely for it?’ 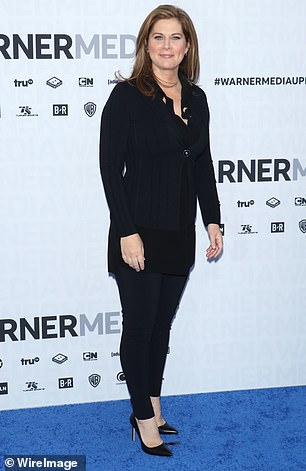 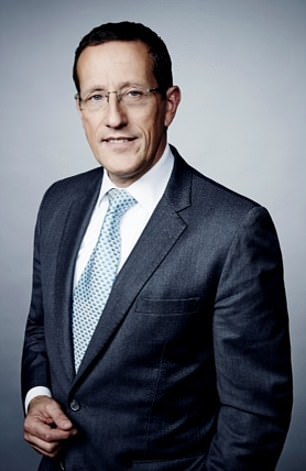 Host Erin Burnett said she and her colleagues were ‘grieving’ Zucker’s departure and demanded more information during a private meeting. Host Richard Quest compared the ouster to ‘throwing the captain overboard while the ship is about to go through icebergs’

At the time, CNN’s New York-based anchors mourned Zucker’s resignation and placed the blame on Cuomo for triggering his ouster.

Richard Quest, host of the daily show Quest Means Business on CNN International, told WarnerMedia CEO Jason Kilar: ‘There was the possibility of a more imaginative result that would’ve allowed you to keep the captain, instead of throwing the captain overboard while the ship is about to go through icebergs.’

Erin Burnett said she and her colleagues were “grieving” and demanded more information about Zucker’s departure.

Hosts Don Lemon and Oliver Darcy questioned Kilar, 50, during a meeting on whether former host Chris Cuomo would receive a severance package from CNN.

‘Did you think about what message it sends to the journalists in the company and also to the larger public that someone can be found to break with those journalistic standards and then get paid handsomely for it,’ Lemon reportedly asked Kilar.