The former Radio 1 DJ, 48, co-founded Bestival with wife Josie in 2004, and the couple expanded the brand by creating two family-friendly Camp Bestivals, the original located in Lulworth Castle, Dorset, which takes place in July.

Their latest venture in Shropshire is held between August 18-21 and he says fans who have missed out on festivals during Covid are keen to make up for lost time.

Rob told MailOnline: ‘We managed to get Camp Bestival on last year, we were the first ones out of the gates after Boris opened everyone up so we were really lucky and that’s set up for this year.

‘Some people may be looking at us thinking’ why on earth are you starting a new festival just after Covid? ‘ but it’s actually the best time for us because we can capitalize on that popularity. ‘ 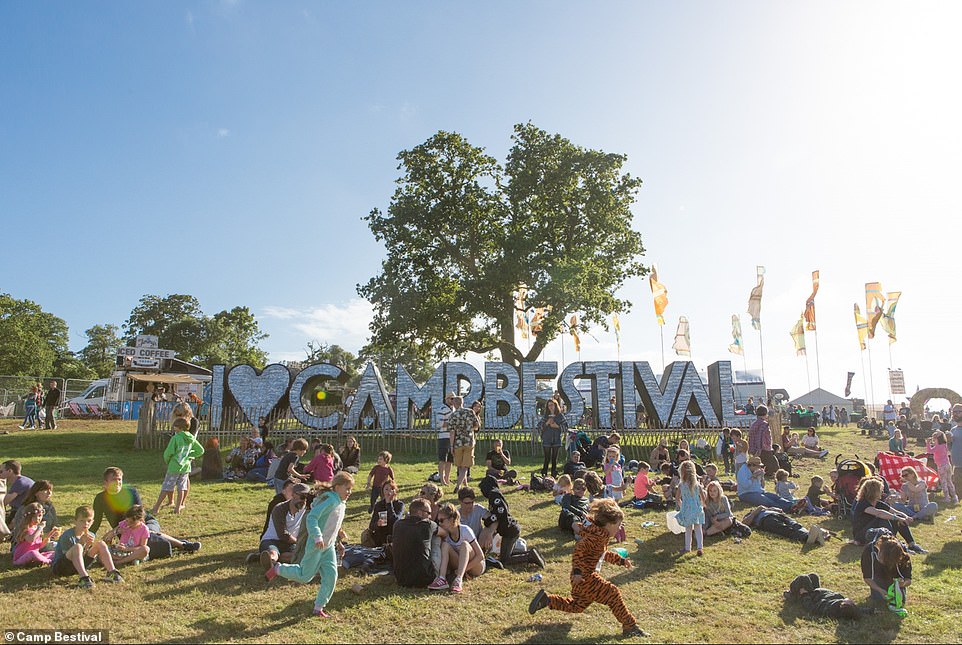 Rob Da Bank co-founded Bestival with his wife Josie and from that emerged the family friendly offshoot Camp Bestival, which is now held every year at Lulworth Castle, Dorset. The couple are also launching a new one to be held in Shropshire in August 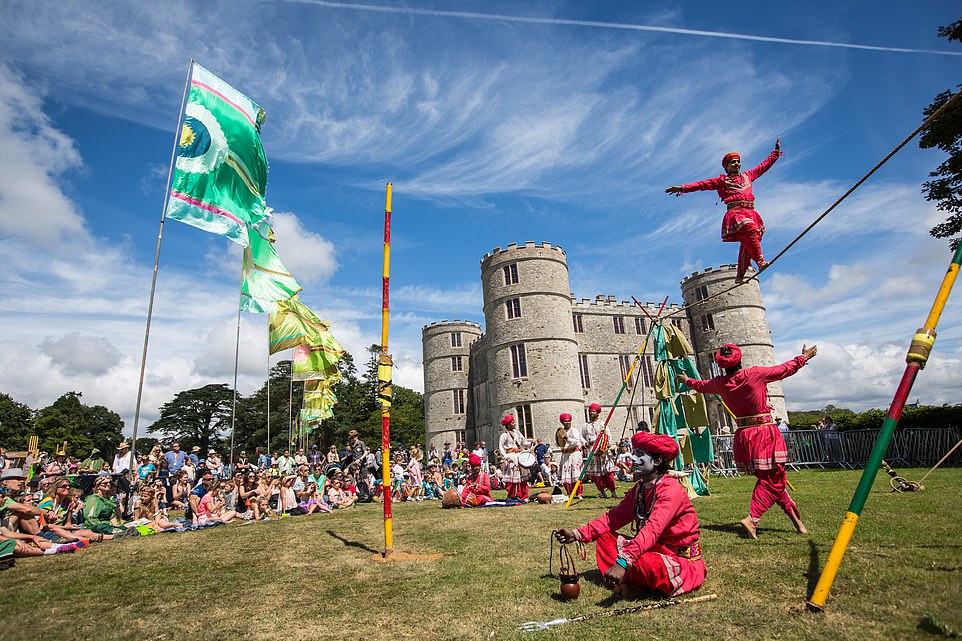 Camp Bestival (pictured) is hugely popular with adults and children and is sold out every year. This year festival-goers will be treated to performances from The Proclaimers, Rag N ‘Bone Man, Example, Razorlight and Rudimental among others

The new festival takes place at Weston Park where the V Festival was previously held.

Over 10,000 tickets have already been sold with fans excited at the prospect of seeing headliner FatBoy Slim, plus chart acts Rag ‘N’ Bone Man, Becky Hill and Example.

Family favorites including Horrible Histories and CBeebies star Mr Tumble will entertain young festival goers, while comedy and circus acts increase the variety of shows provided over the four-day weekend.

Rob says: ‘Right from the off when we started it 14 years ago it sold out and it’s always kept that level of popularity. 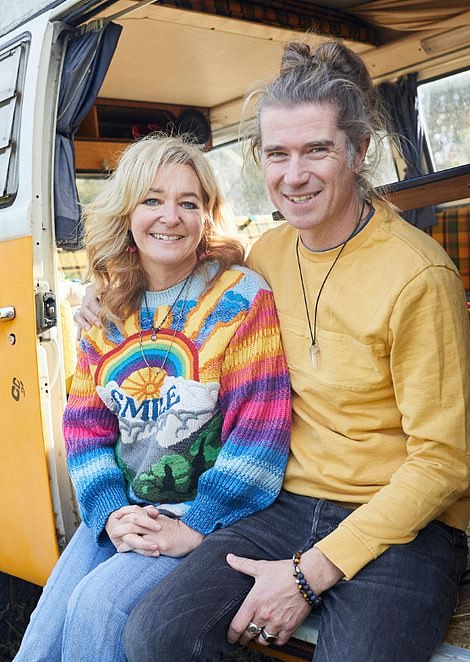 ‘And nobody leaves any rubbish! It’s very respectful and sustainable. ‘

Rob and Josie knew the latest location would be perfect just ten minutes after setting foot in it.

He says: ‘We have talked about doing another one for years but as we are soppy southerners we were a bit worried about the location on the map, because we didn’t know what it would be like

‘But within ten minutes we looked at each other and thought’ wow – this is the best festival site that we’ve been to ‘.

The couple, who share four children, are hoping to set a new Guinness World record at Camp Bestival Dorset in July for the Largest Disco Dance.

Festival-goers will learn a five-minute routine to Sister Sledge classic We Are Family which will be presided over by official adjudicators to ensure the moves are all in cohesion. They need more than 324 people to take part to break the record.

Those who wish to sign-up to join the record attempt can visit the Camp Bestival site here and learn the dance here.

Josie says: ‘We are all about trying to create some great family moments. It’s going to be amazing. ‘

A big aspect of the Shropshire site will be the wellness offering where revellers will be encouraged to boost their mental health, reduce stress, improve their sleep with Wim Hof ​​instructor led Ice Baths, breathwork with Stuart Sandeman and Cosmic Kids Yoga amongst on-site activities . 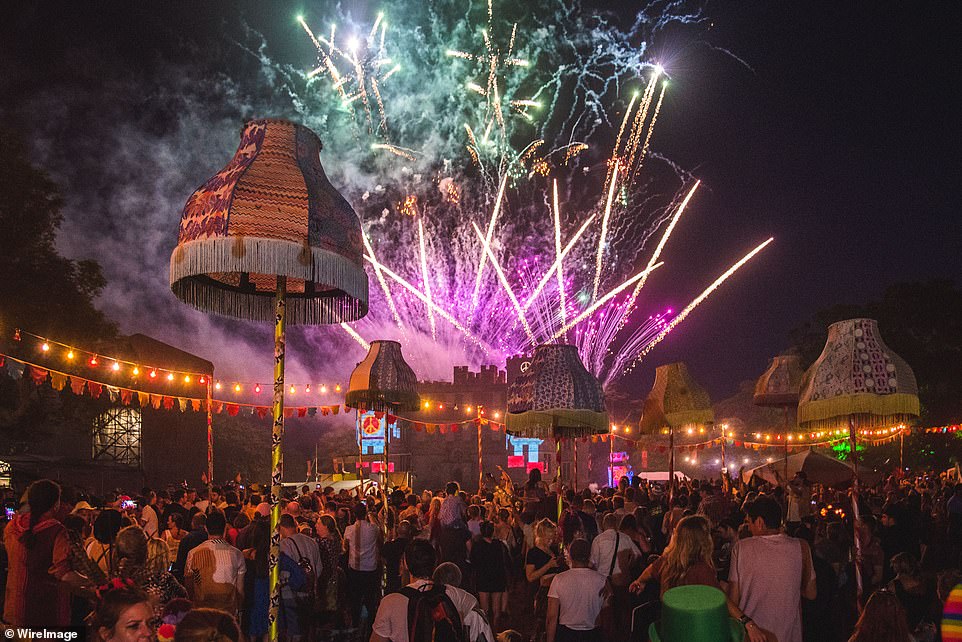 When the kids go to bed, the adults come out to play…. festival-goers are entertained after dark by a spectacular fireworks display from a festival of yesteryear. This year the organizers want to break the Guinness World Record for the biggest disco

Those looking for something a little higher tempo can try Camp Bestival’s Boot Camp – with HITT sessions including jumping jacks, lunges and some classic cardio before heading out into the festival throng ready to face the day.

Taking place in the beautiful wellness woods at Weston Park, Cirque Bijou will transport audiences into the forests and jungles of South East Asia with enchanting circus performances.

There will also be a Botanical Cocktail Bar for adults to enjoy a drink whilst relaxing. 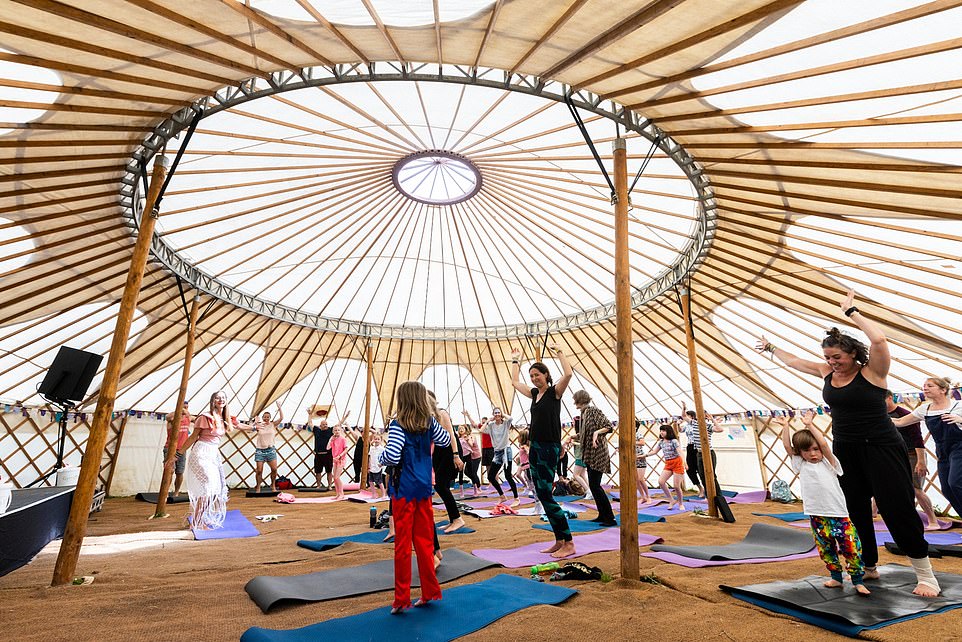 At the inaugural Camp Bestival, the focus will be on wellness, wellbeing and relaxation, looking after body and mind. There will be shaymanic drumming journeys (pictured) ice baths, breathwork and yoga as well as other restful exercises 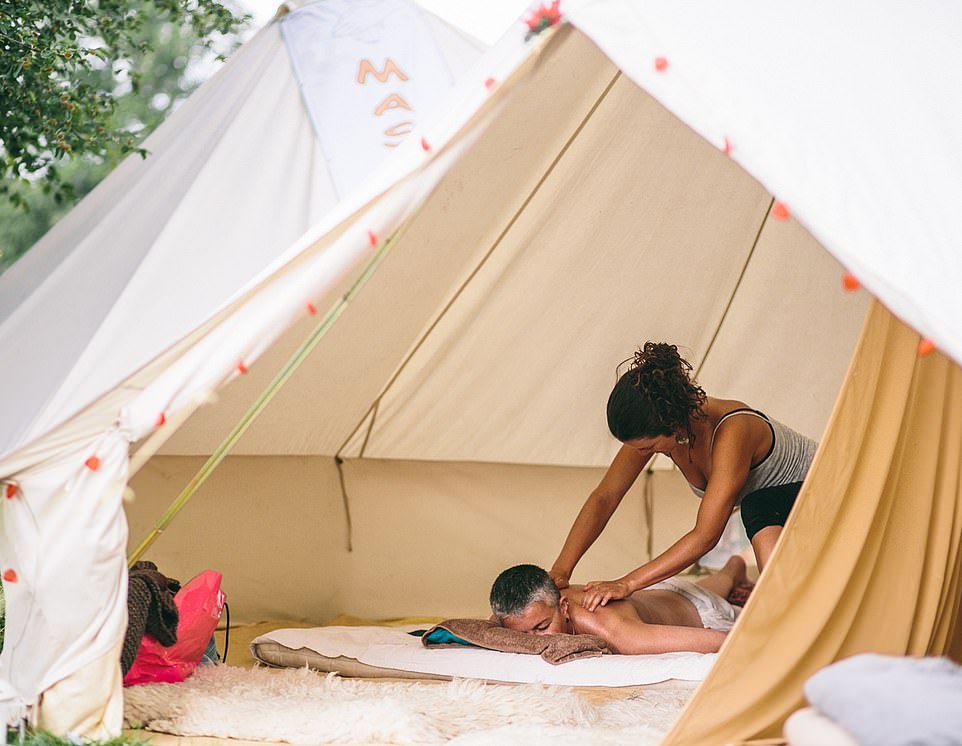 Rob adds: ‘Josie and I have always had a wellness space at all our shows since we started Bestival in 2004 and loved the ability to sit somewhere quiet and contemplate the world, have a treatment, or try our hands at something new from knitting to meditating, cacao ceremonies to getting outside our comfort zone and chanting with strangers! ‘